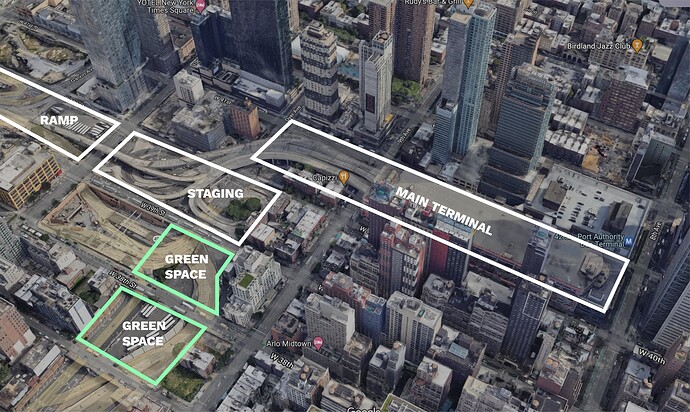 I still would have preferred a station in NJ by the PATH.

I doubt PATH could handle the number of people. And it stops short of midtown by ending at 34th Street.

There’s definitely potential for development to the east and a small development to the west of the southernmost green space as those 2 east townhouses will also eventually be demolished, but I don’t believe they will be very big, just the general scale of other residential developments around it (around ~15 floors).

As far as the northern greenspace, I don’t think there’s more room for another development to the right of it, and it’s questionable whether something will be built on top of the Lincoln Tunnel, otherwise the greenspace or a deck would’ve also covered it as it’s also owned by the PANYNJ. I’m not saying it’d be impossible, but it’s just questionable as to whether something would eventually be built to cover it.

The greenspace decking stops shorts of the recently built camera toll structure leading to the tunnel entrance. I am assuming they do not want to build over the entrances to the tunnels themselves similar to how the Brooklyn-Battery and Queens Tunnels are not built over, it’s probably a safety precaution.

Probably, but it is a big price for the loss of potential green space - specially in this area, that lacks of it.

The roof of the new PABT may have an accessible green roof. 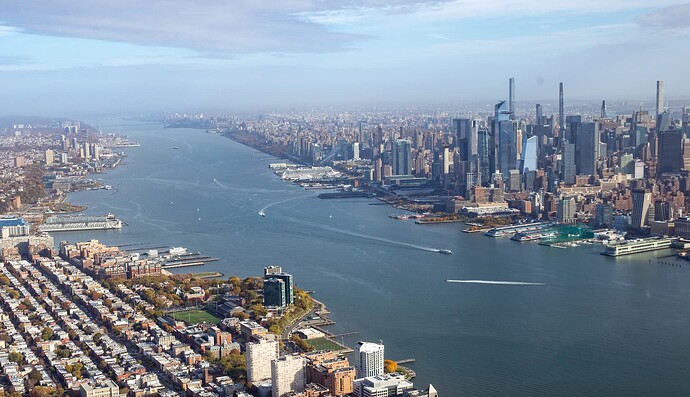 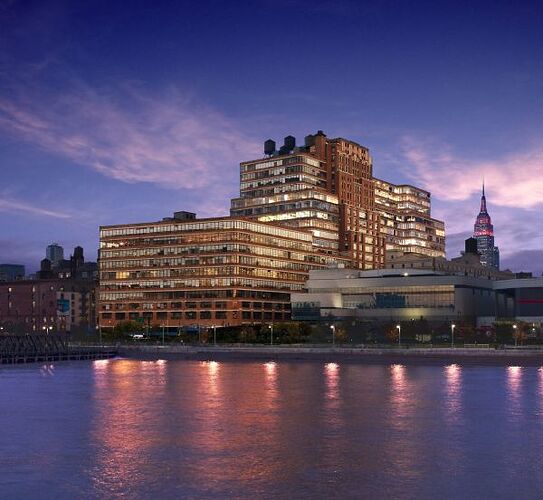