After finally getting the green light, Cornell just unleashed a slew of new renderings that show what its new Roosevelt Island tech campus will actually look like. At 2 million square feet, the glassy, sustainable, public-space-prioritizing project has tapped the brains of a long roster of respected city architects and firms: Morphosis’ Pritzker Prize-winning Thom Mayne; Weiss/Manfredi Architecture; Handel Architects; and Skidmore Owings & Merrill. Peruse through the images below to get a feel for the designs of 1) the first academic building, with aspirations for net-zero energy use; 2) the “tech walk” or central campus plaza; 3) the corporate co-location building (which will have students working side-by-side with entrepreneurs and tech-industry professionals); and 4) the first residential building, set to hold 350 units. To give a sense of the import of the project in the eyes of the city, and how victorious arriving at this stage must feel like, Mayor Bloomberg himself appears in the explanatory video full of scalies.

At a panel this morning, all of the architects, along with officials from Cornell, discussed the design philosophy and masterplan for the campus. The first three buildings, outlined above, are located at the northern end of the site, between the Queensboro bridge and the future James Corner-designed public green space. (An existing recreational facility sits directly to the north of the campus, semi-underneath the bridge) 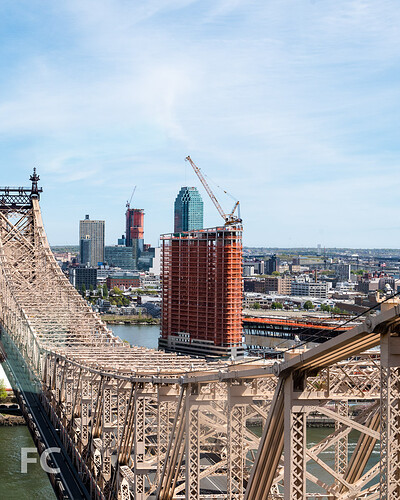 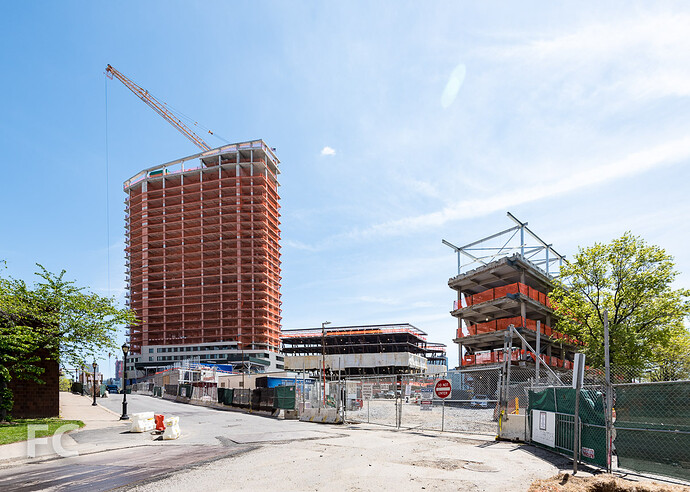 A crisp look for the new Cornell Campus. Let’s hope there is more to come!

Wow. Great Photos Tectonic! I like that wierd cladding already.

From yesterday, much further away. 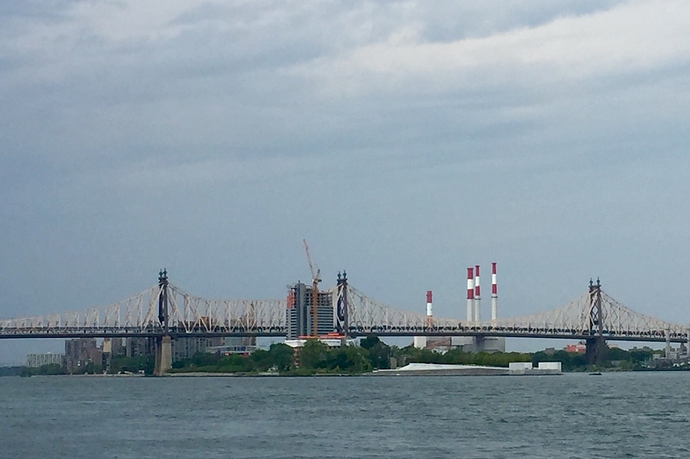 And now some photos from this morning, as the cladding seems to be complete on this tower next to the Koch Bridge. 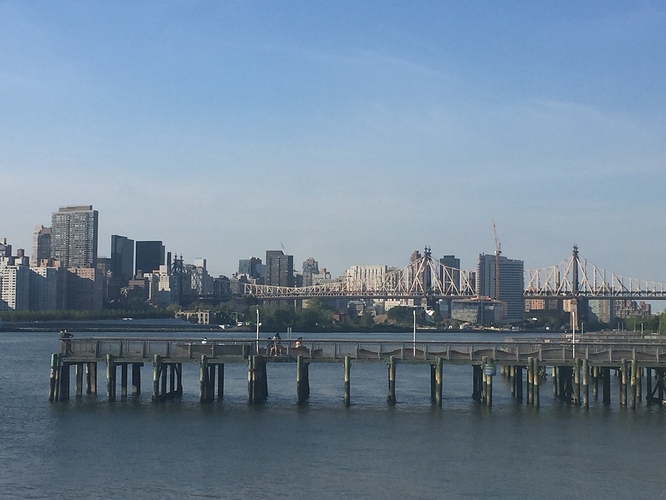 Pics by me from Friday 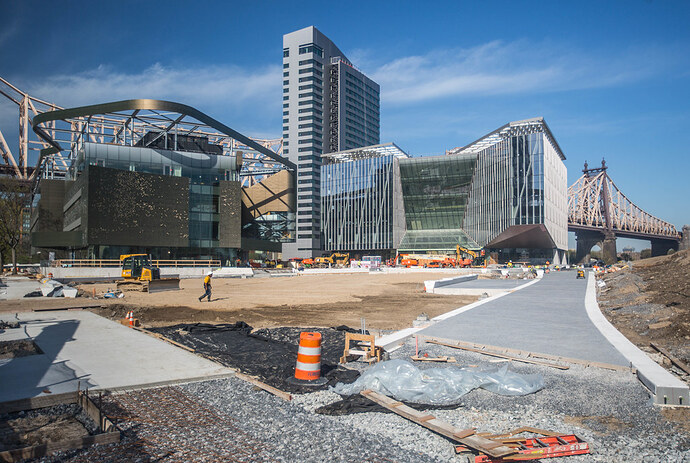 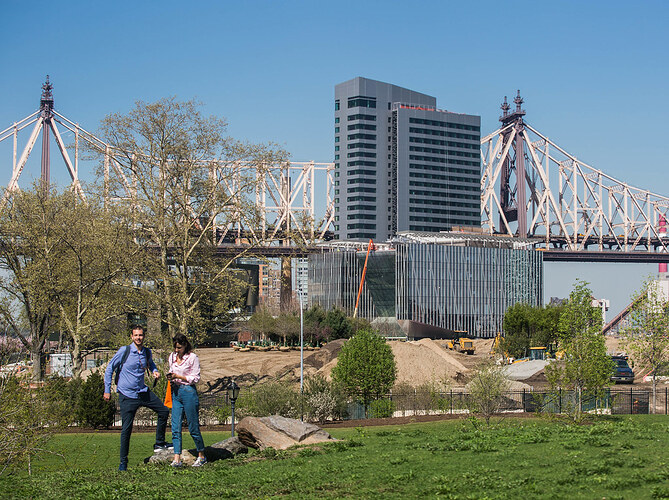 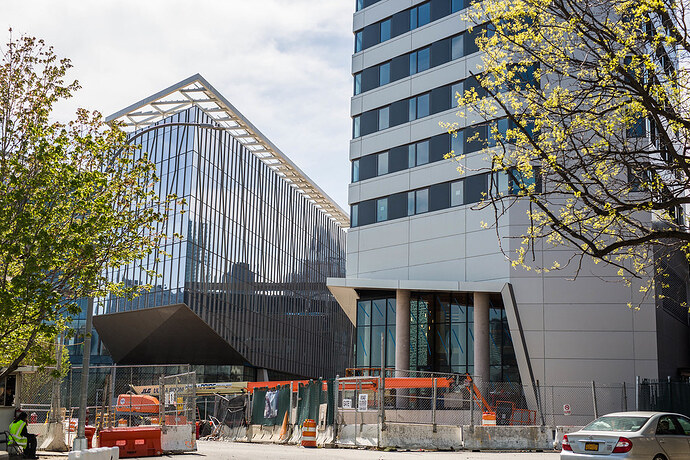 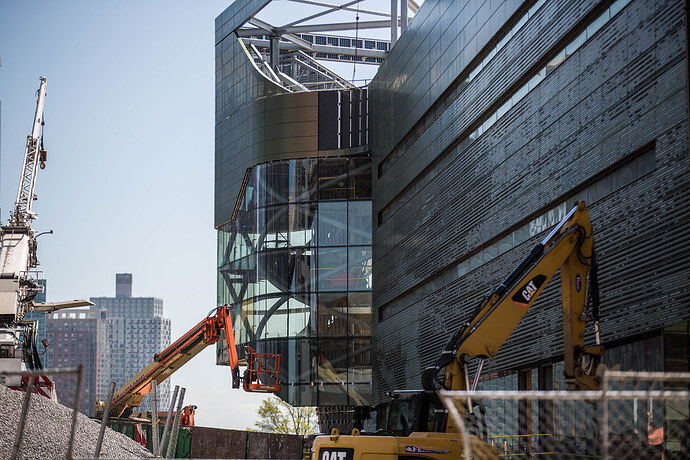 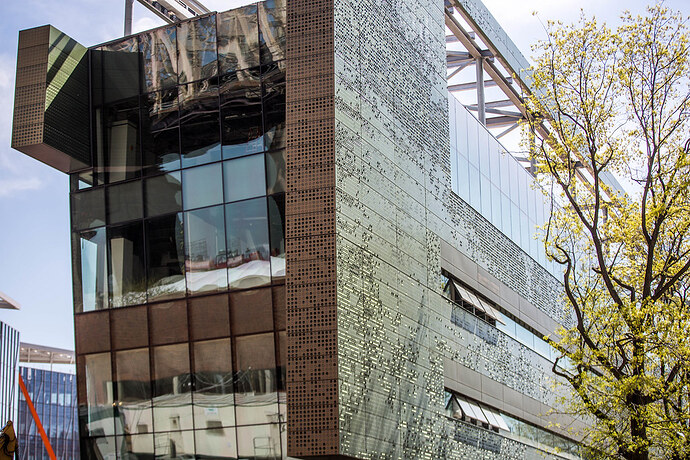 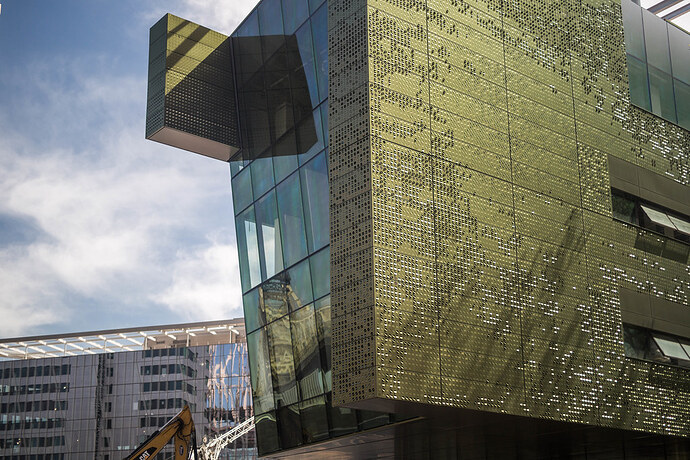 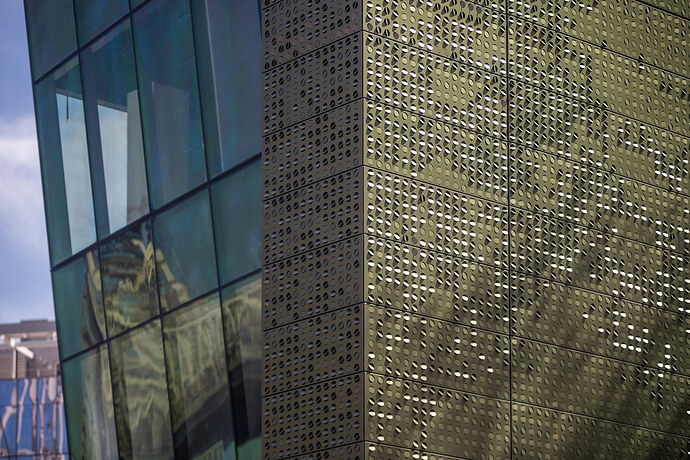 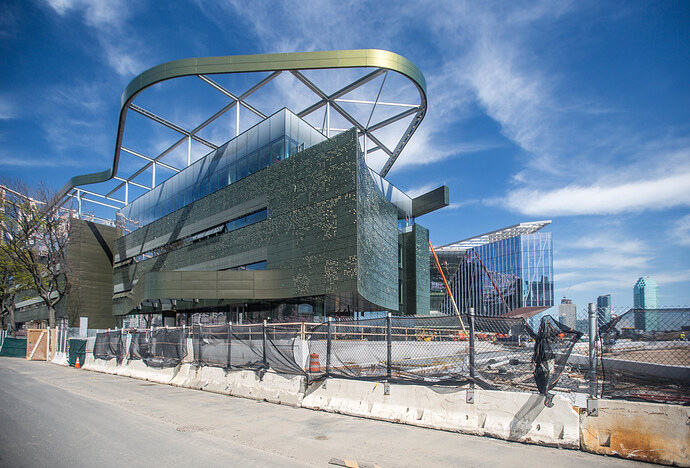 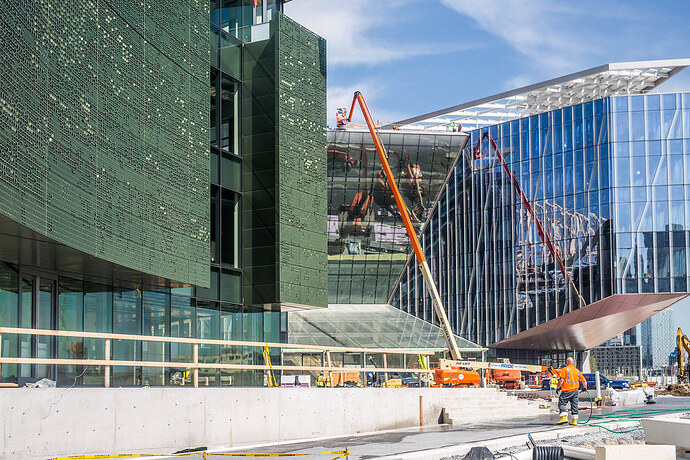 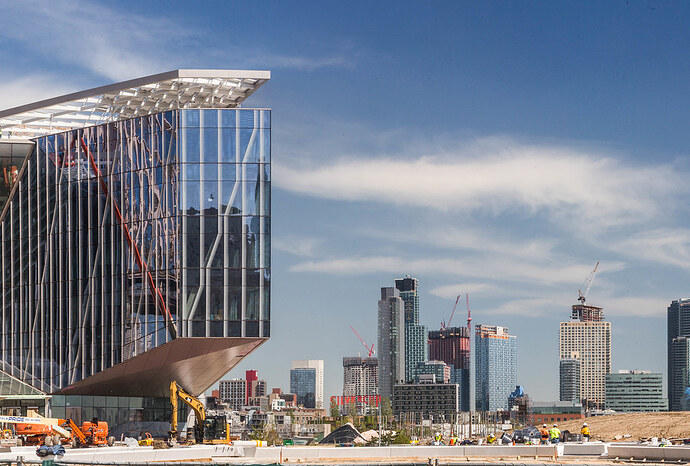 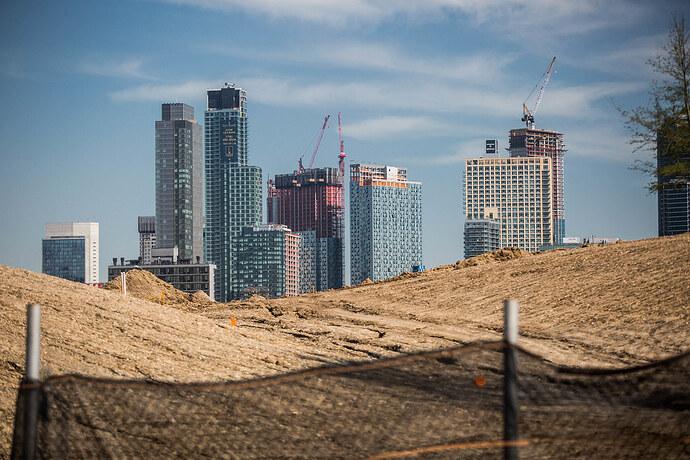 Nice pics! How can I visit the island?

Thanks, you can take the Roosevelt Island aerial tram or the F line has a stop there as well. 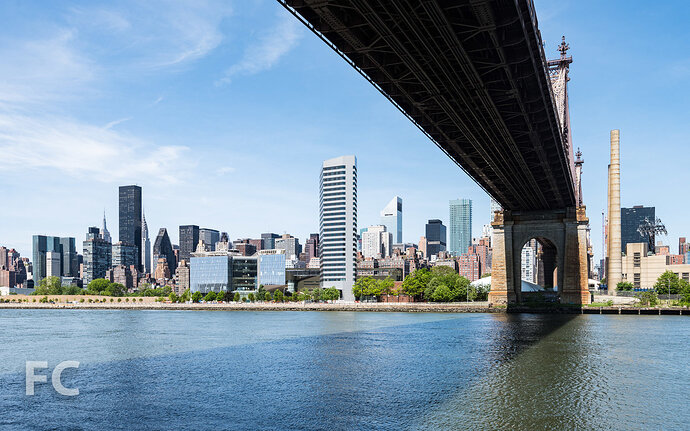 Construction is wrapping up at the first phase of the new campus for Cornell Tech on Roosevelt Island. The full master plan calls for a campus of 2 million square feet of space and 12 acres of open space for approximately 2,500 occupants. 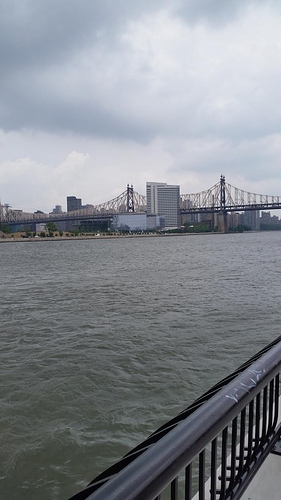 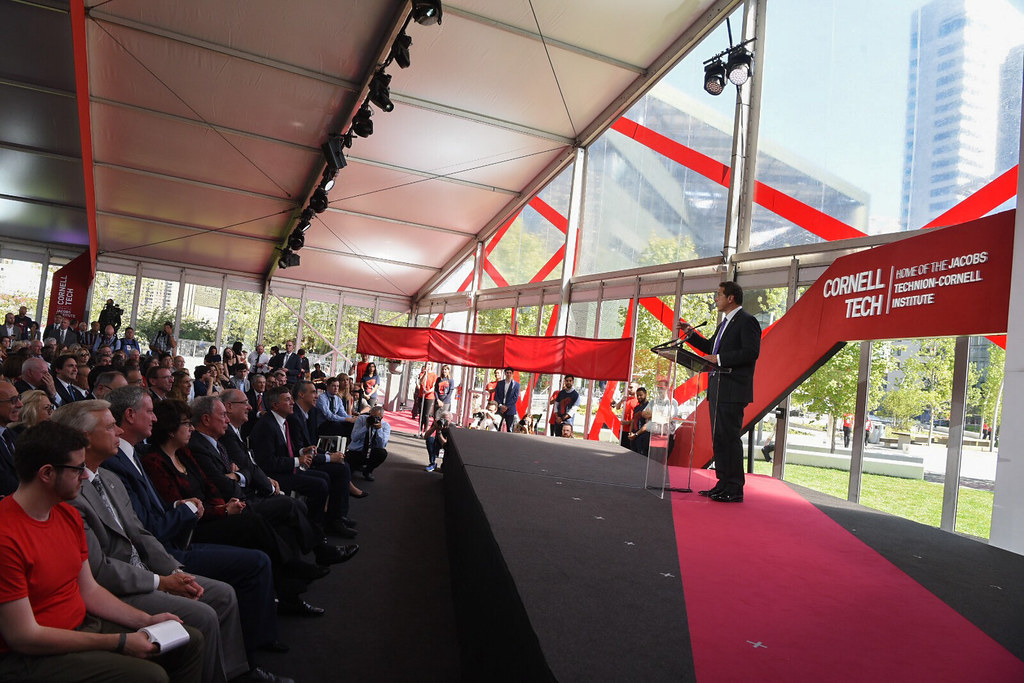 Governor Cuomo Delivers Remarks at the Opening of Cornell Tech Campus on Roosevelt Island by governorandrewcuomo, on Flickr 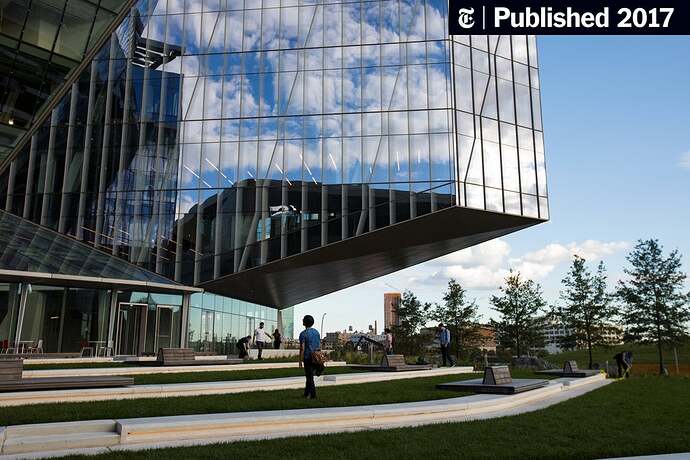 The technology-focused graduate school, in a set of environmentally conscious buildings, is supposed to spur the development of the local tech sector.