another large scale project in the Bronx, this time attached to the Hip Hop museum which has been in the works for some time.

L+M Development Partners won the bid to turn a vacant waterfront site in the South Bronx into a massive mixed-use development featuring 1,045 units of housing.

Bronx Point will move forward in two phases, according to the city. Phase one, with an anticipated completion date of 2022, will include about 600 units of affordable housing for extremely low income to moderate income tenants, the hip-hop museum and the food hall. It will also include the construction of a waterfront esplanade that will connect to and expand Mill Pond Park, an outdoor performance space, a public plaza along Exterior Street and space for the community service provider BronxWorks. Phase two will consist of the remaining residential units, along with additional commercial and community space. 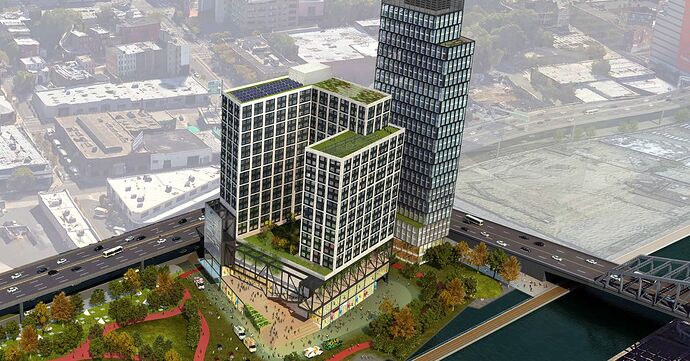 The 1,000-plus apartment complex will also bring new public parks, a food hall, and an outdoor performance venue to the Harlem River waterfront.

Universal Hip Hop Museum will open in the Bronx in 2023 The Universal Hip Hop Museum will open in 2023, with exhibits that showcase hip hop artifacts and interactive displays where visitors can get the recording booth experience, among others.

The Universal Hip Hop Museum will occupy 50,000 square feet in Bronx Point, the residential and retail project by L+M Development Partners and Type A Projects that will rise just north of the 145th Street Bridge along the Harlem River in the Bronx. The development’s official groundbreaking is set to happen this winter.

The museum was originally set to open in 2022, when the first phase of Bronx Point will be complete. But the museum now has a new projected opening date that lines up with the 50th anniversary of the birth of hip hop, AMNY reports.

The music style’s genesis is pinpointed to August 11, 1973 and credited to DJ Kool Herc, then Clive Campbell, who was DJing his sister’s back-to-school party at 1520 Sedgwick Avenue, a Mitchell Llama building in the Bronx neighborhood of Morris Heights. “Once they heard that, there was no turning back,” DJ Kool Herc told New York magazine. “They always wanted to hear breaks after breaks after breaks.”

At Bronx Point, the museum will span two floors and provide what Blow calls an immersive experience in ‘70s music history. Museum visitors will be able to create and spin their own records in an imitation DJ booth, visit a recording studio, and see their iPad drawings projected onto the building. A virtual reality theater will allow visitors to take the stage with some of hip hop’s biggest icons.

the first phase at 575 Exterior Street will have 542 units. 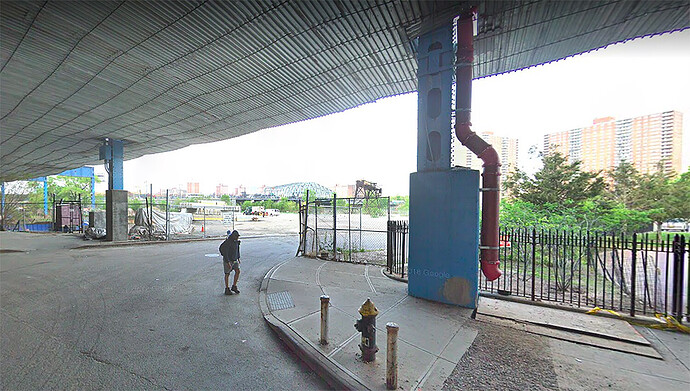 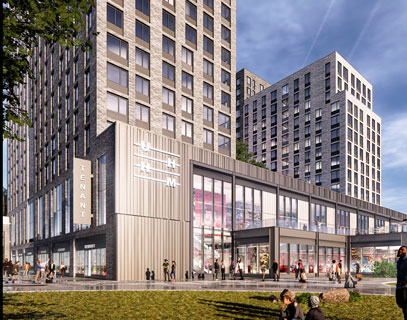 Permits Filed For 23-Story Tower At 575 Exterior Street In Concourse Village, The Bronx 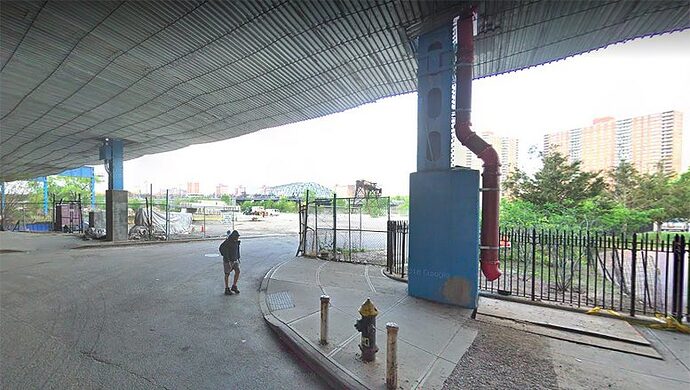 Permits have been filed for a 23-story tower at 575 Exterior Street in Concourse Village, The Bronx. Bordering the Harlem River, the lot, also known as 65 East 149th Street, is located on the corner of Exterior Street and East 149th Street. Four blocks west is the 149 Street – Grand Concourse subway station, serviced by the 2,4, and 5 trains. David Dishy of L+M Development Partners is listed as the owner behind the applications.

The proposed 260-foot tall development will yield 584,876 square feet, with 424,075 square feet designated for residential space, 72,571 square feet for commercial space, and 60,044 for community facilities. It will have 542 residences, most likely rentals based on the average unit scope of 782 square feet. The concrete-based structure will also have three mezzanines and a rooftop.

Navid Maqami of S9 Architecture is responsible for the design.

Demolition permits will likely not be needed as the lot is vacant. An estimated completion date has not been announced.

solid height for the Bronx.

some pics from official site http://bronxpoint.nyc/ 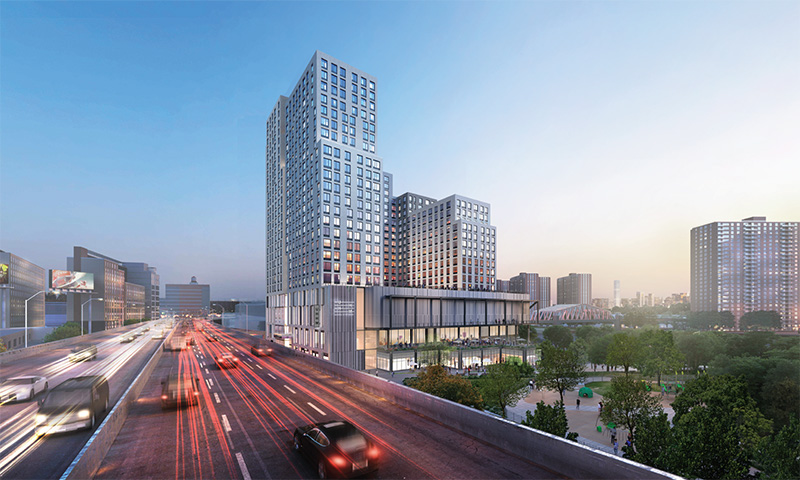 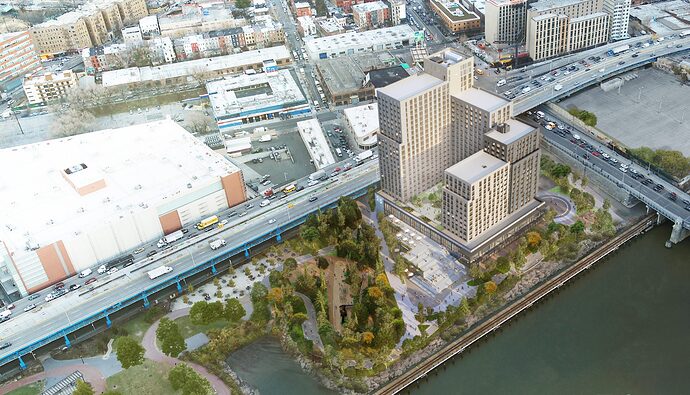 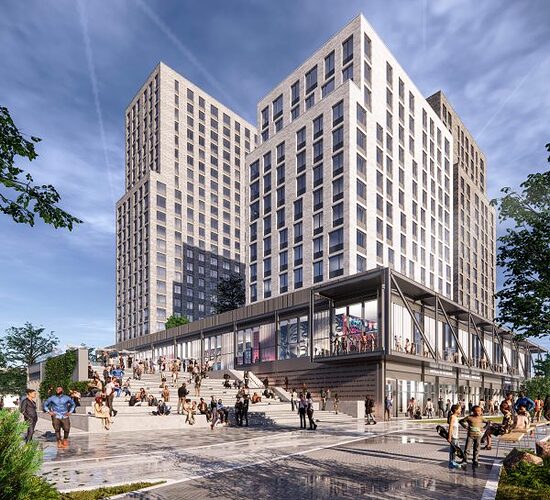 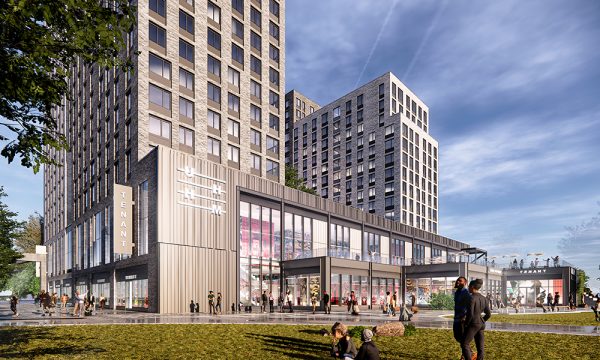 Work is already underway at the site, one of the largest remaining city-owned parcels of land in the Bronx, and phase one is expected to be ready by late 2023. 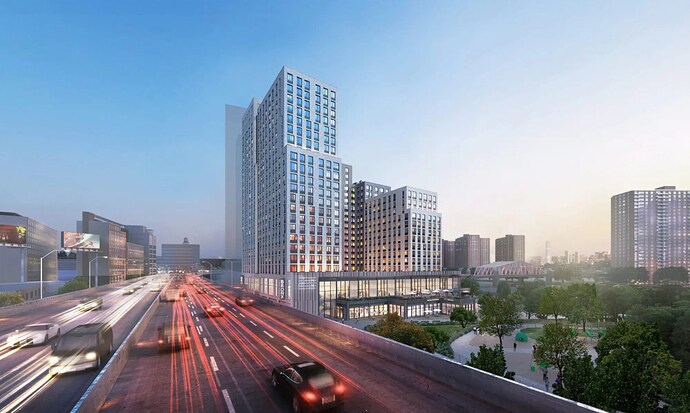 On an empty 4.4 acre lot along the Harlem River directly north of the 145th Street Bridge at 149th Street that was once to be part of Mill Pond Park,

Phase one construction of Bronx Point will create not just the 50,000 square foot permanent home of the Universal Hip Hop Museum but it will also bring with it 542 units of permanently affordable housing and 2.8 additional acres of Mill Pond Park which will open up more of the waterfront to the greater community. 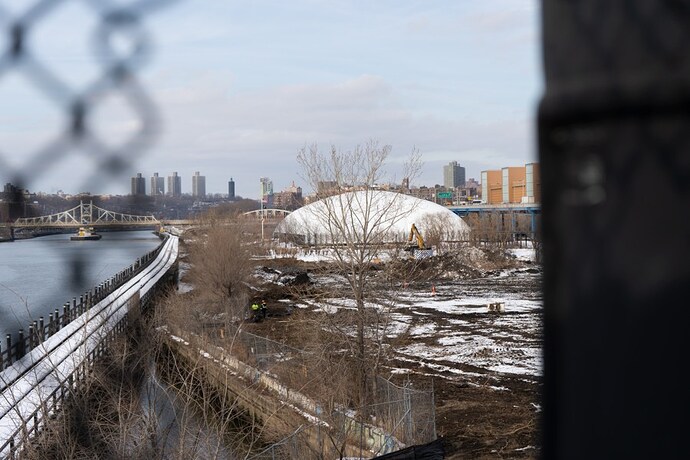 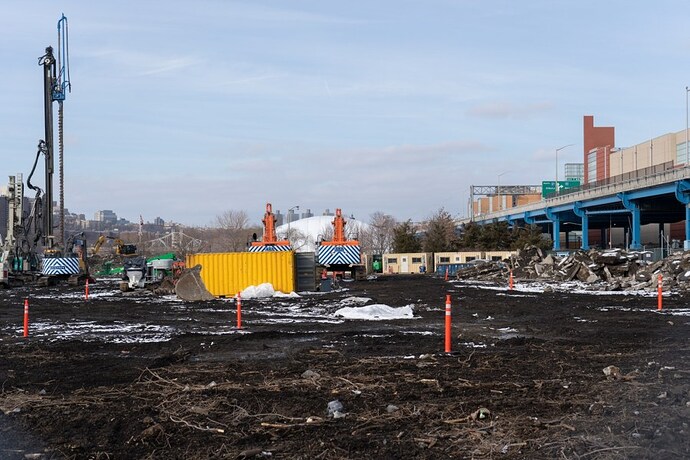 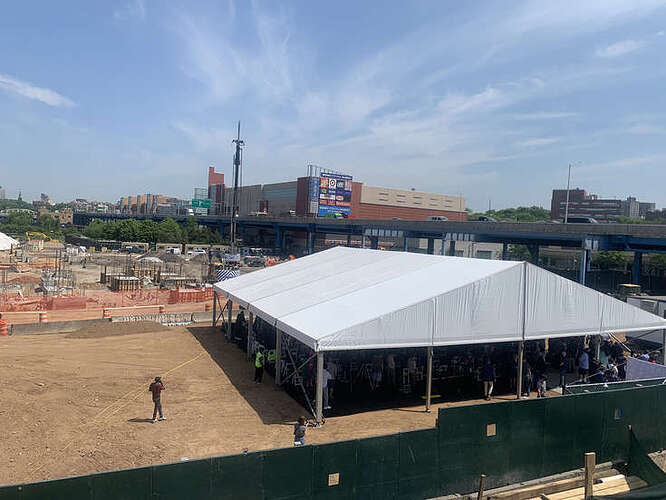 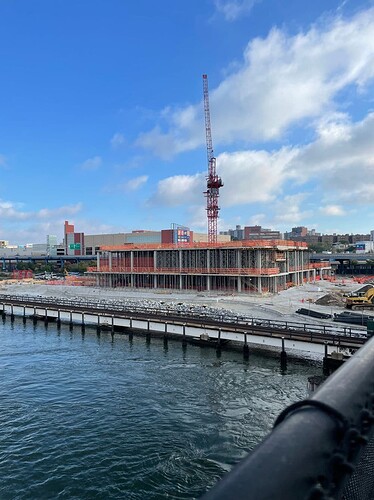 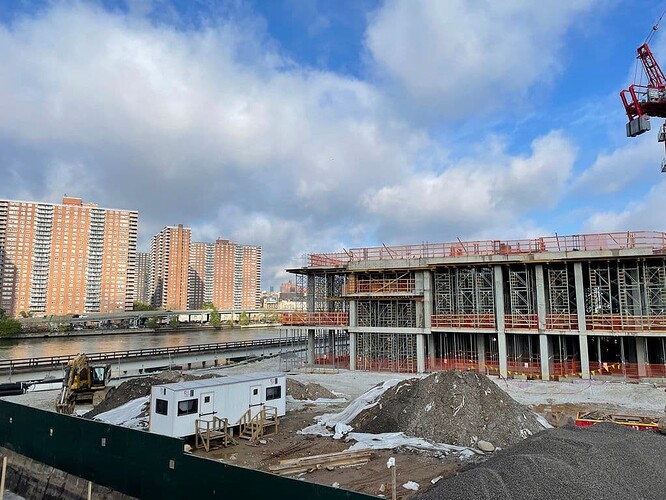 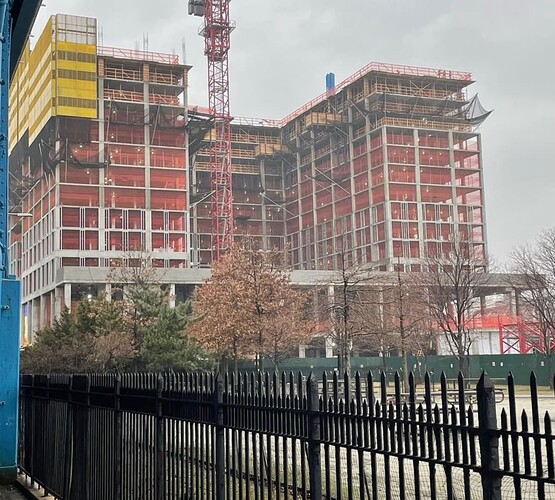