Pierhouse, Toll Brothers’ hotel/condo project currently rising beside Pier 1 of Brooklyn Bridge Park, has already sold more than a dozen units, but the building itself is still little more than a dirt pit. We visited the site yesterday, and the first parts of the northern structure are starting to rise. The 108-unit development consists of two buildings, one on either side of Squibb Park pedestrian bridge, which crosses over the site. The northern building will rise 10 stories and hold a 200-room hotel, plus condos. The hotel part will be at the end of the site, closest to Old Fulton Street; this is currently where most of the construction is taking place. The southern building will be smaller, rising just five stories. Units range from one- to five-bedrooms, and eighty percent have private outdoor space. The website has an abundance of floorplans, and prices start at $1.05 million for a one-bedroom. The most expensive units will ask more than $11 million.

The site of the northern building. The hotel will be at the northern most end of the site, where most of the construction is currently taking place.

The southern side, where a five-story building will rise.

I got your back, Tect! Great photo updates all around man!

Hey, Brooklyn Heights, Pierhouse Is Literally Growing On You

Here now, another installment in the Brooklyn Bridge Park Gets More Condos saga. While the condos at Pier 6 get disputed and the ones for the John Street site just north of Brooklyn Bridge get off... 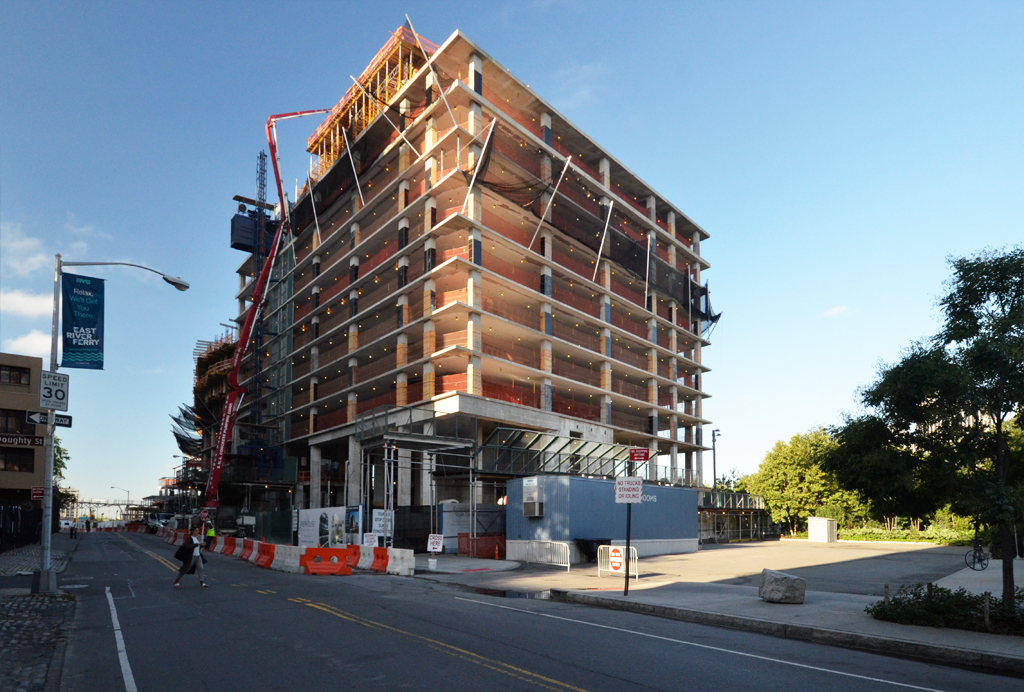 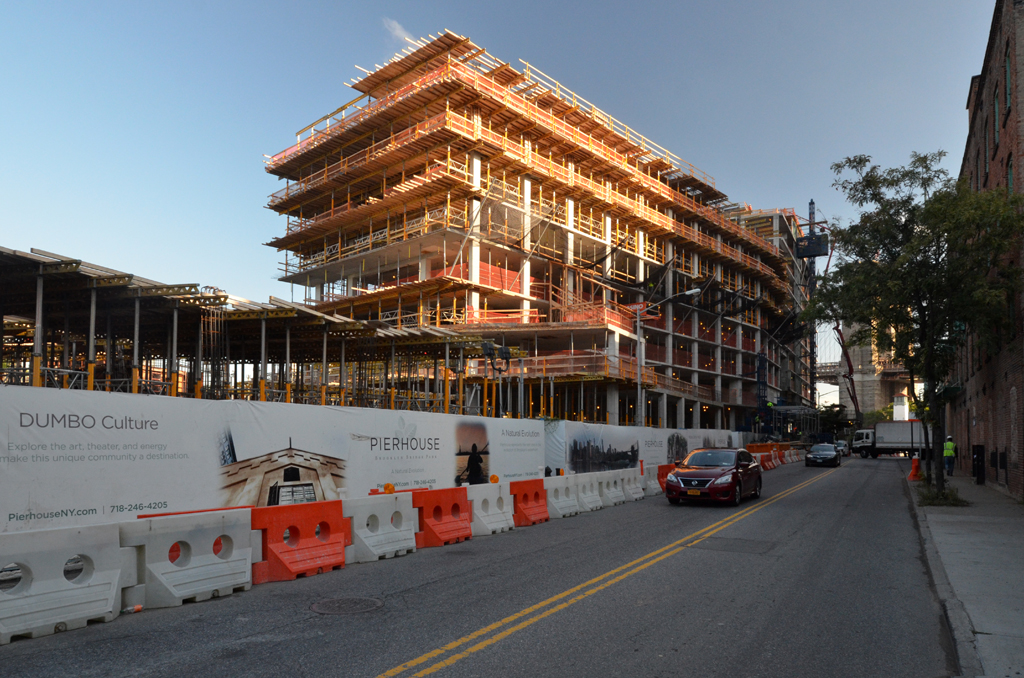 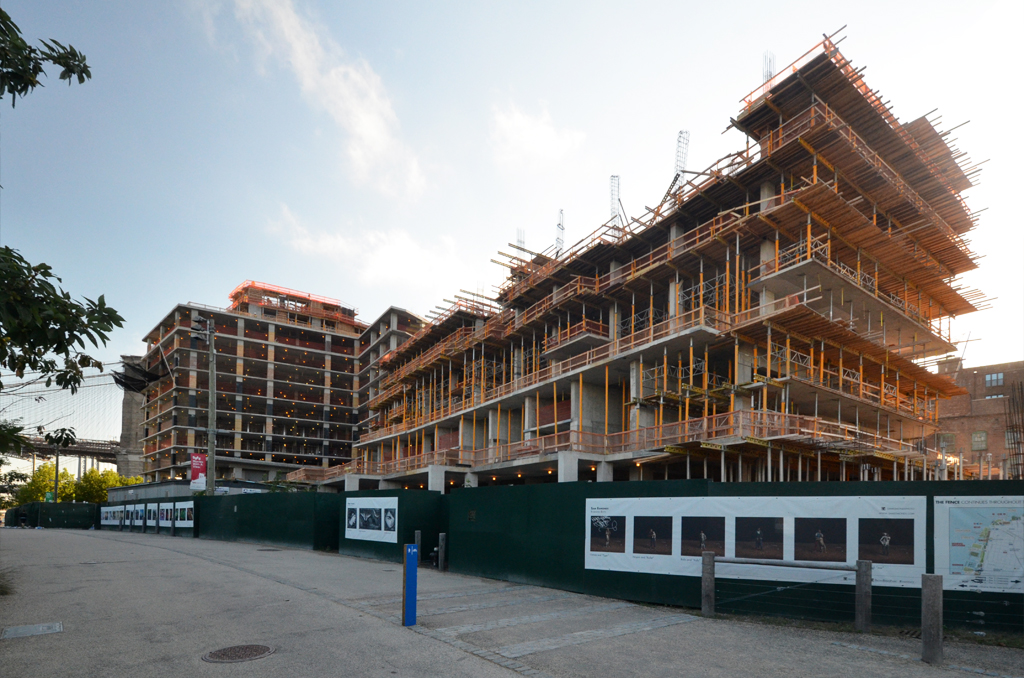 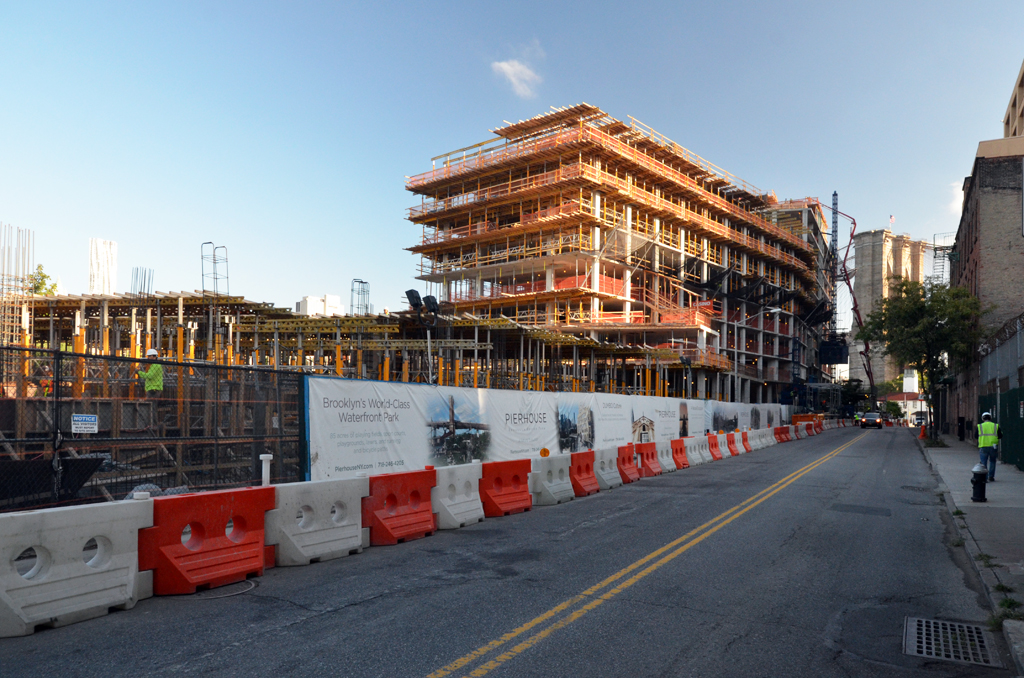 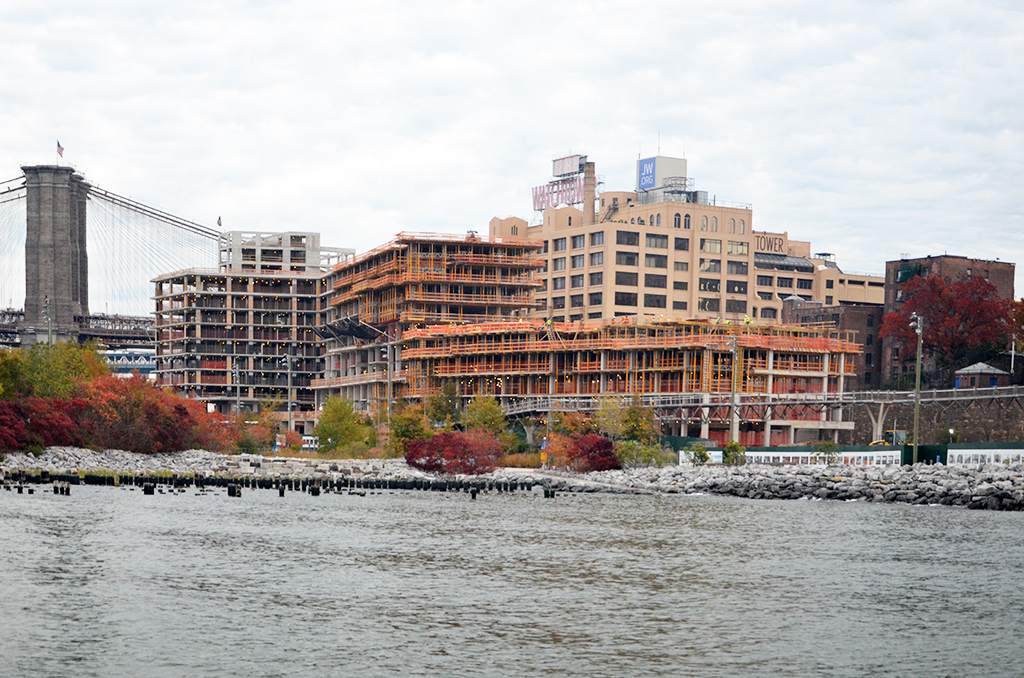 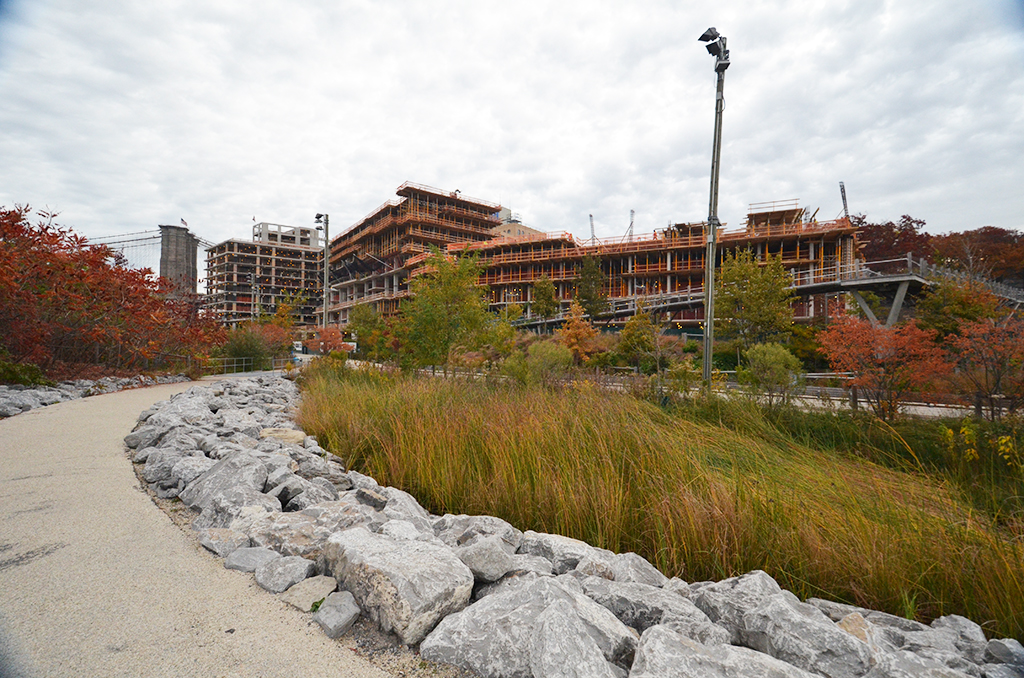 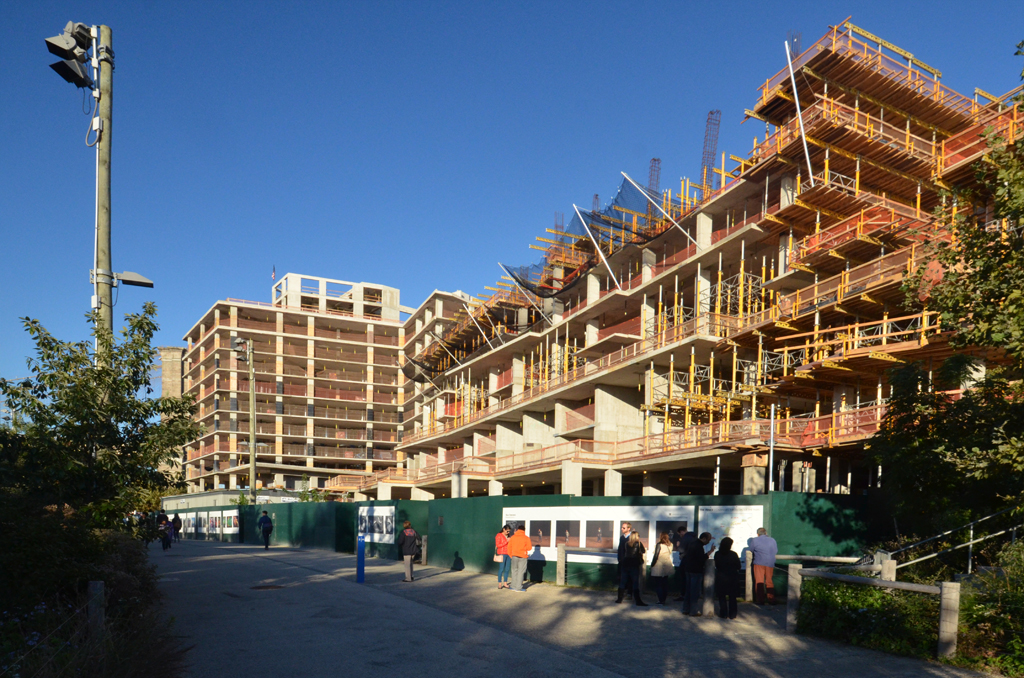 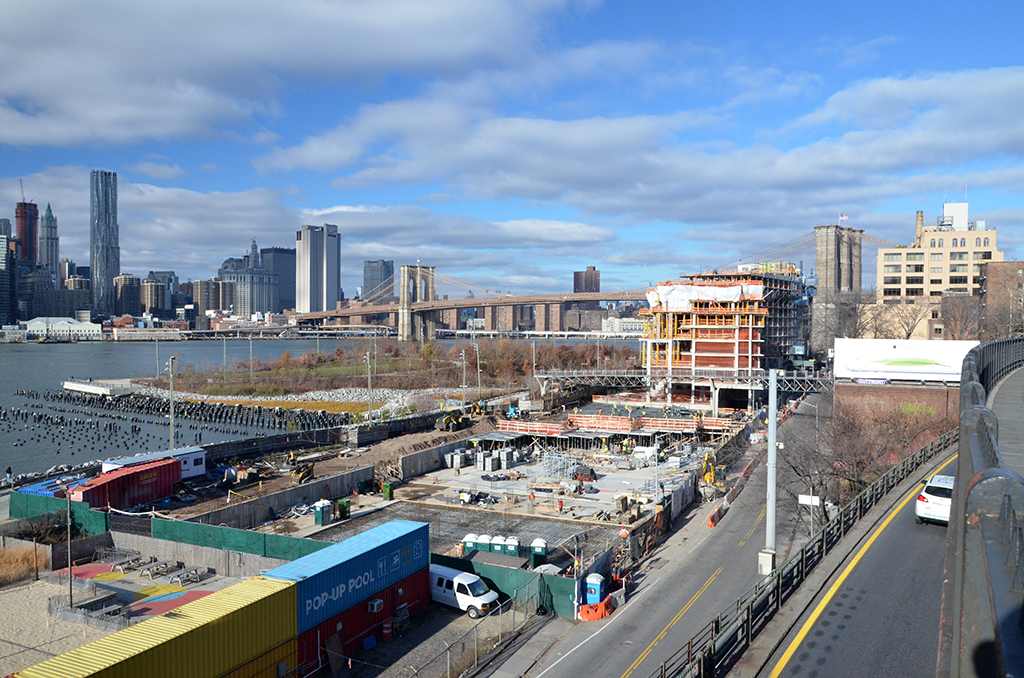 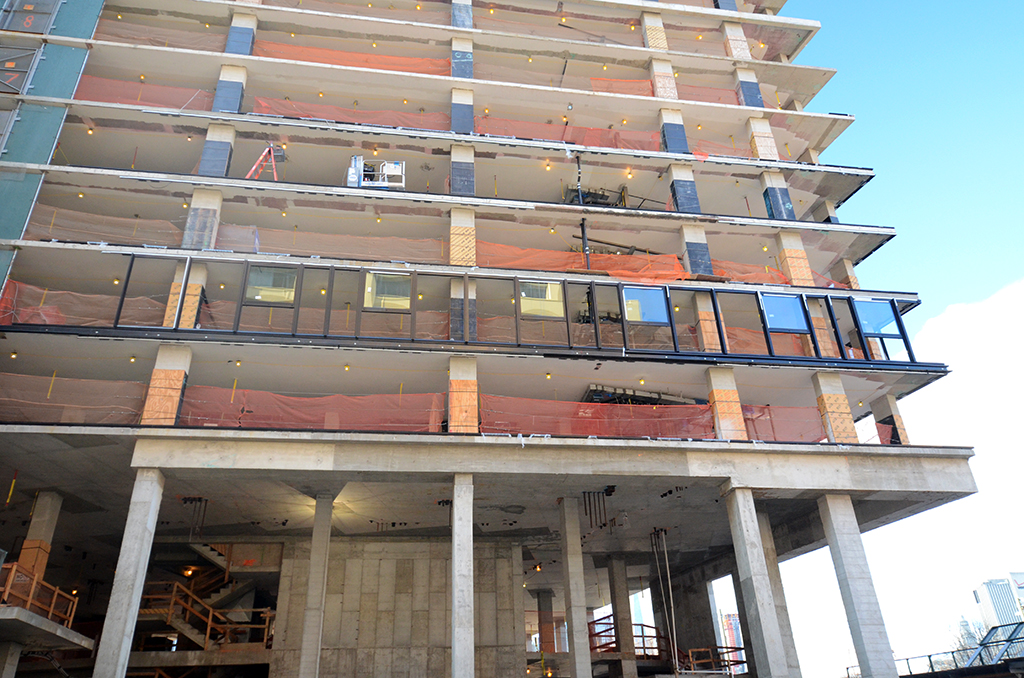 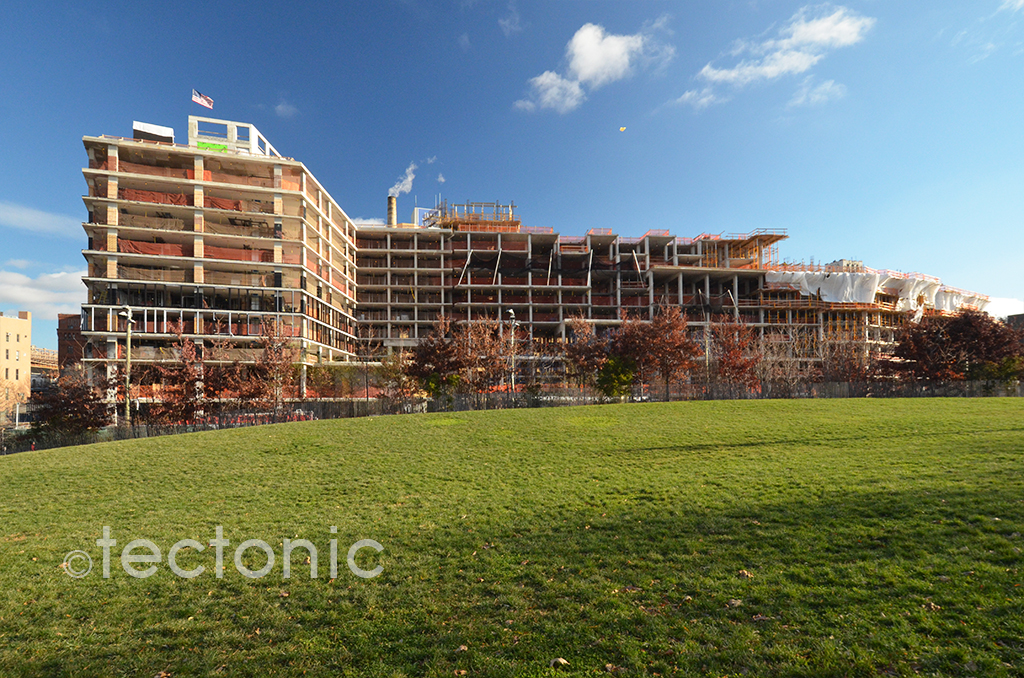 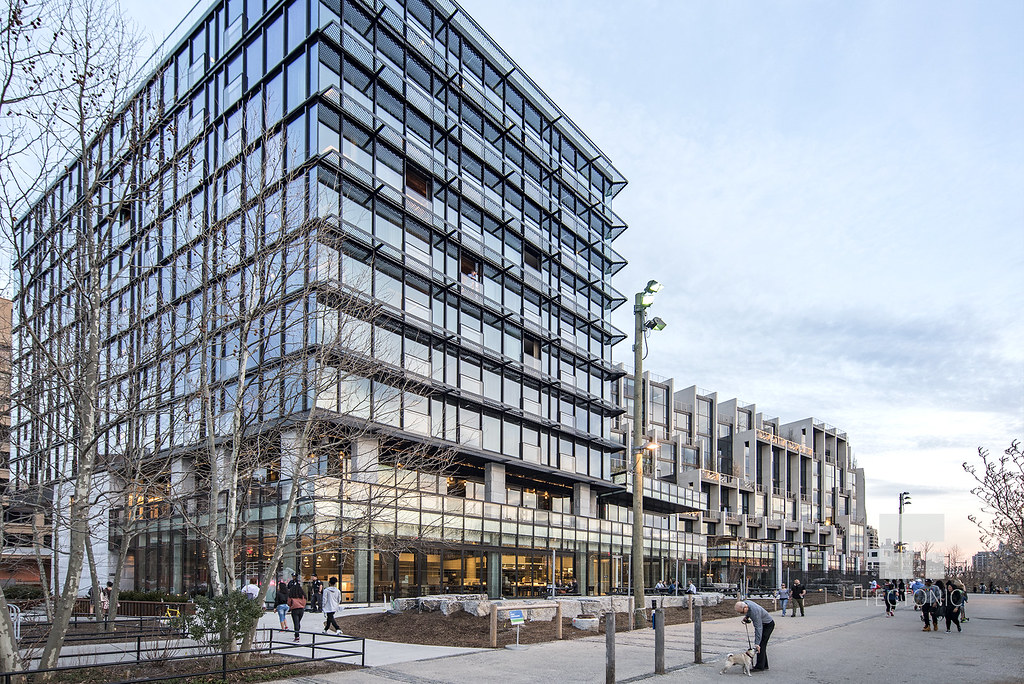