The first permits are up for a new 42-story hotel that will rise at 60 West 37th Street; the lot spans the width of the block, and has an additional address at 59 West 36th Street. Peter Poon is listed as the architect of record, and Hidrock Realty is developing the site; The Commercial Observer reported that Hidrock acquired the lot early last year for $28.5 million.

DOB filings for 60 West 37th Street indicate the tower’s 195,360 square feet will be entirely dedicated to commercial use. The permits show that the skyscraper will stand 402 feet in total, with its square footage divided between 313 rooms, as well as an ‘eating and drinking’ establishment that will span the third and fourth floors; the Schedule A has additional details.

Despite the lack of renderings, zoning diagrams give an idea of what the tower’s envelope will look like; though the building will stand 42 stories tall, its location will guarantee that the project remains invisible on the overall skyline. That may be a good thing, given Poon’s involvement as the architect of record, as his previous creations in the neighborhood are generally less than appealing.

No completion date has been announced, but Hidrock has been shifting assets in the vicinity; next door to the planned Poon, Crain’s reported that the Hidrock-owned 65 West 36th Street was sold to the Sioni Group for $29 million this past October. With demolition permits for the existing garage at 59 West 36th Street issued in January, vertical progress appears imminent.

The first renderings are online for another Peter Poon-designed hotel, this one coming to 60 West 37th Street. Hidrock Realty is the site’s developer, and demolition of existing parking garages is now complete. A tipster pointed out Gace Engineering’s page on the project, which also reveals that Embassy Suites will be the occupant.

As YIMBY reported in March, permits indicate the tower will span 195,360 square feet, split between 313 rooms; the building will stand 42 stories tall, making it one of the larger budget-minded hotels to come to Midtown Manhattan in recent years. Gace’s site gives slightly different figures of 165,000 square feet and 41 floors, but the difference is trivial, and the DOB filings are likely accurate.

Design-wise, the renderings don’t look infuriating, but given the frequent discordance between depictions and reality – especially when it comes to budget hotels — anyone holding their breath is likely in for disappointment. The tower spans from 36th Street through to 37th, giving Poon the perfect opportunity to wreck two street-walls instead of just one.

Beyond the tower’s unfortunate form, its use along 36th Street will detract further, as the site’s rear-end will hold a two-story parking garage. Both sides of the new Embassy Suites will deaden the surrounding street, and 60 West 37th Street is another instance of new development blighting an established neighborhood due to outdated zoning, which prohibits land being put to its highest and best use.

A completion date for 60 West 37th Street has not been announced, but with demolition of existing structures finished, verticality appears imminent.

This was taken late December, so its much taller obviously. Another obscure development that nobody thinks about.

Apparently this is topped out:

If anyone is near this, snap a photo! 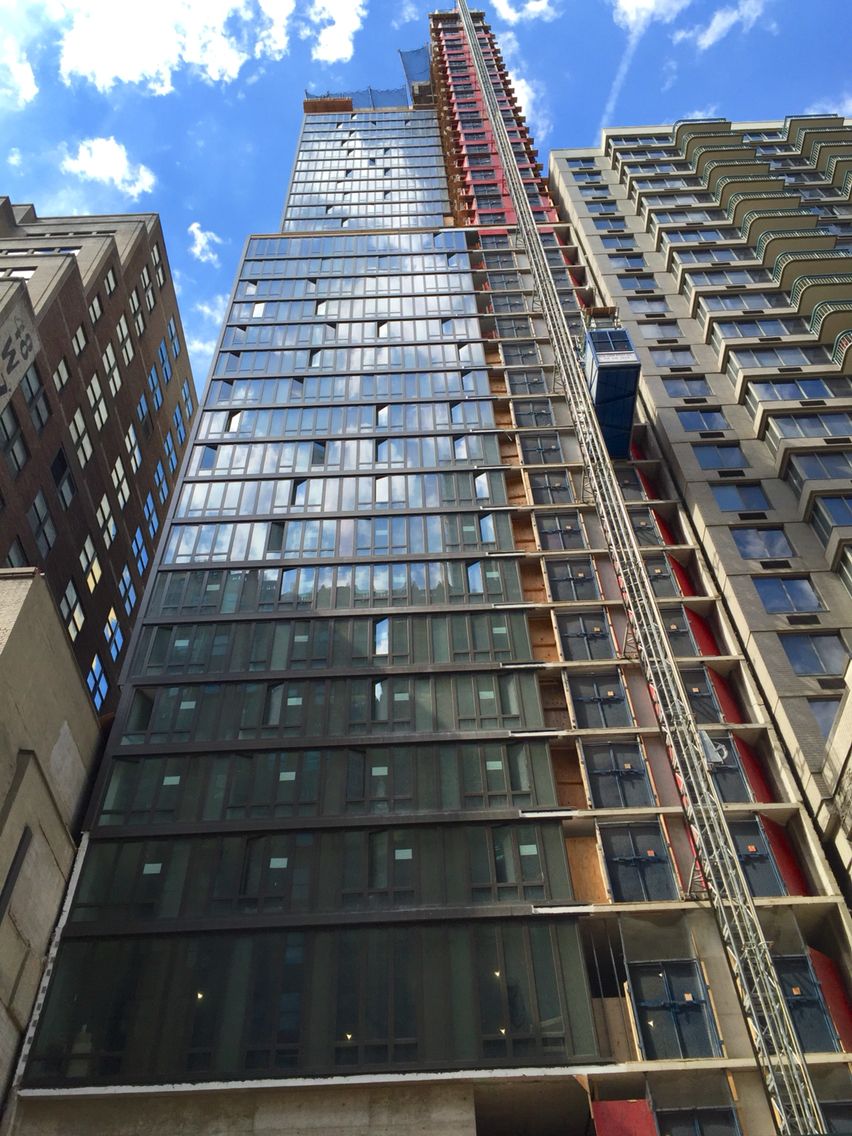 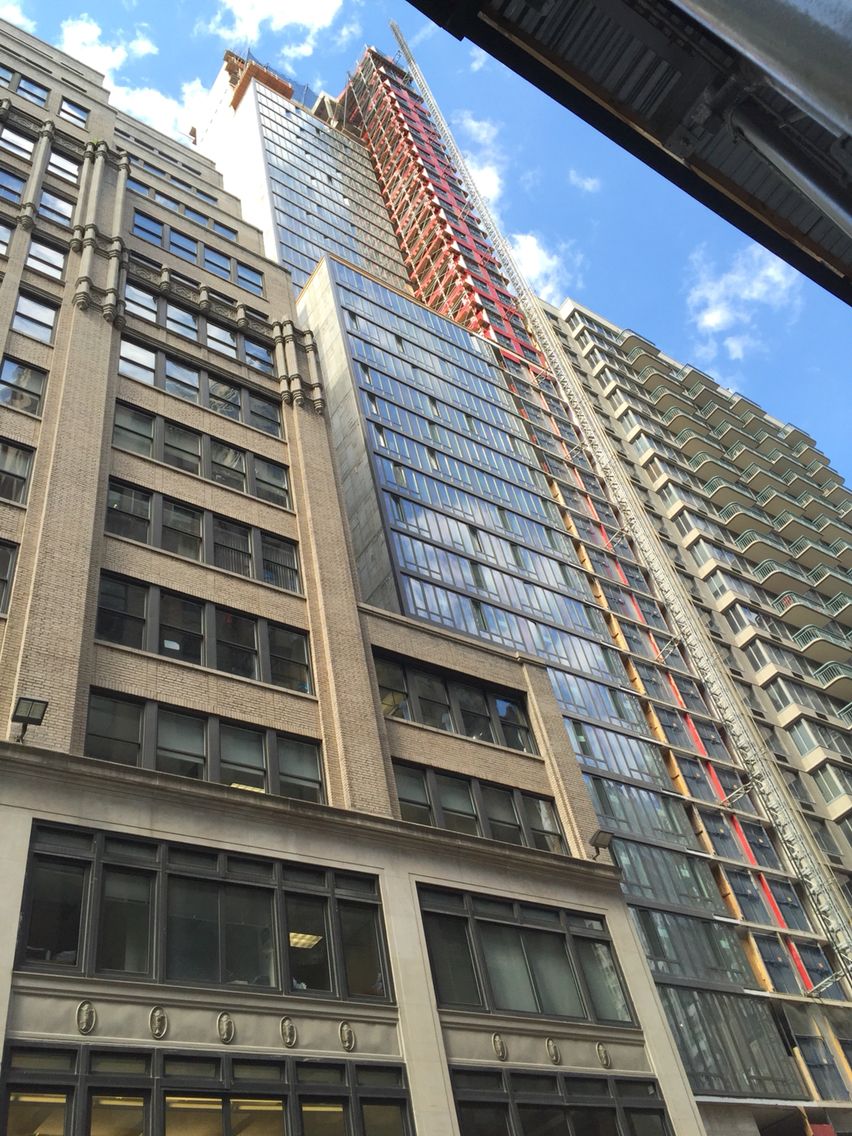 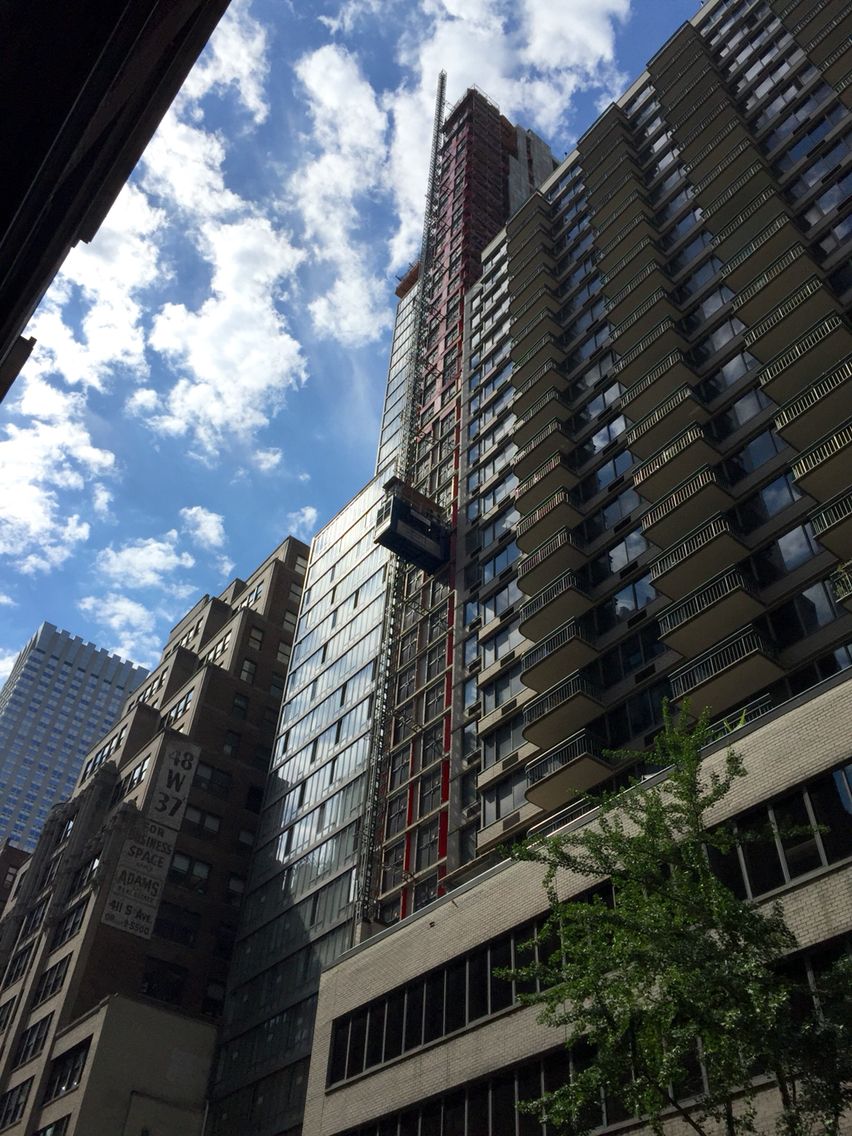 Only in NYC are 400’ buildings completely invisible and forgettable!

Construction elevator coming down, meaning this is pretty much complete.