The first permits are up for a new hotel at 11 West 37th Street, in Midtown. Michael Kang is the architect, and DOB filings list WL Group Construction as the developer, though The Commercial Observer reported that Sam Chang acquired the site for $8.5 million back in January.

11 West 37th Street will stand 18 stories tall, and the building will span 24,684 square feet, making it quite compact; the hotel will have 68 rooms.

Michael Kang’s portfolio does not signal a promising future for the site, which is located at the epicenter of the ugly hotel boom, at the edge of the Garment District. Sam Chang’s involvement also portends an unfortunate end-product.

The West 30s are being increasingly dominated by anti-urban hotels, with nearby projects including developments at 38 West 36th Street and 60 West 37th Street, which is just down the block from 11 West 37th Street.

Regardless of the site’s potentially unattractive future, the scope of the project will be very limited, so 11 West 37th Street’s impact on the streetscape and skyline is likely to be minimal. Once again, it is up to the city to discourage unattractive development; given everything that has been built in recent years, it would be prudent to abandon the notion that manufacturing will ever return to the Garment District. Clinging to false hope has resulted in the current wave of street-wall-defiling hotels, and the surge will continue until macro-level changes occur.

No completion date for 11 West 37th Street has been announced, but demolition permits for the existing low-rise are lacking, so construction is not quite imminent. 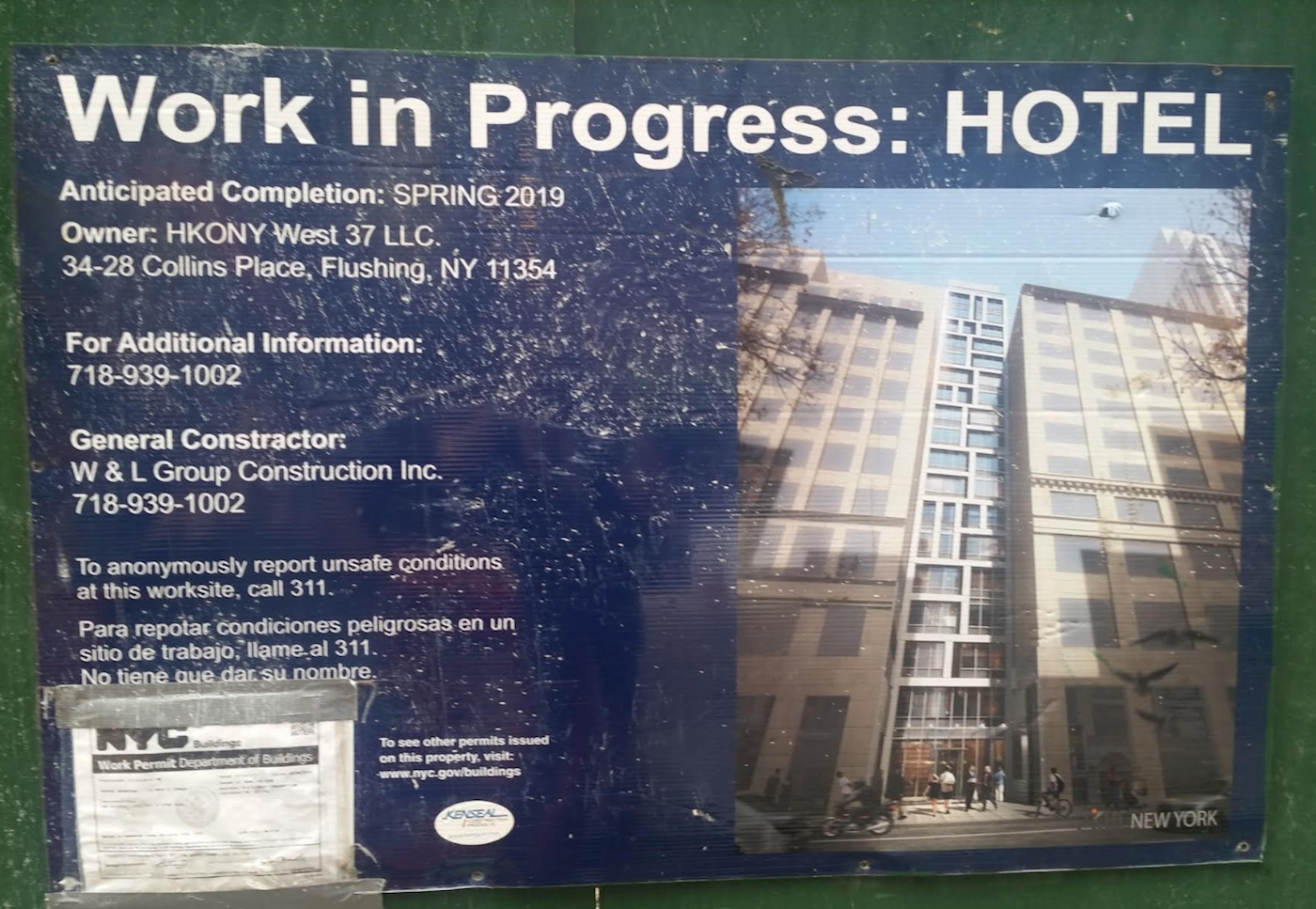 YIMBY has the first rendering of a new hotel coming to 11 West 37th Street, in Midtown Manhattan

This one is complete and open

i don’t understand this shite zirs,

that POS is so tight and claustrophobic and they offset it to boot,
so that the residents get to stare at the sides of the adjacent buildings all day long