2013 has been very good to the BAM Cultural District. Two new theaters opened, Two Trees’ building won city approval, a developer was chosen for the last undeveloped city-owned site, and designs were revealed for a 52-story tower by FXFOWLE. The latter is also a city-owned site, and today HPD announced that the building secured $278 million in financing, putting it on the path to an early 2014 groundbreaking (slightly delayed from previous reports that construction would start by the end of the year). The press release also clarified the building’s formal address: 250 Ashland Place. The project is being developed under the New Housing Marketplace Plan, thus, 282 of the 586 units will be permanently affordable to low- and middle-income families.

As with all city projects, 250 Ashland is a joint venture, and the Gotham Organization and DT Salazar are developing it with the Department of Housing Preservation and Development and the NYC Housing Development Corporation. Units will range from one- to three-bedrooms, and since it’s in the cultural district, it will have 8,000-square-feet of space for a yet-to-be-named arts group. There will also be more than 10,000-square-feet of ground floor retail.

Woohoo. Glad to see work starting on another game-changer for DoBro. 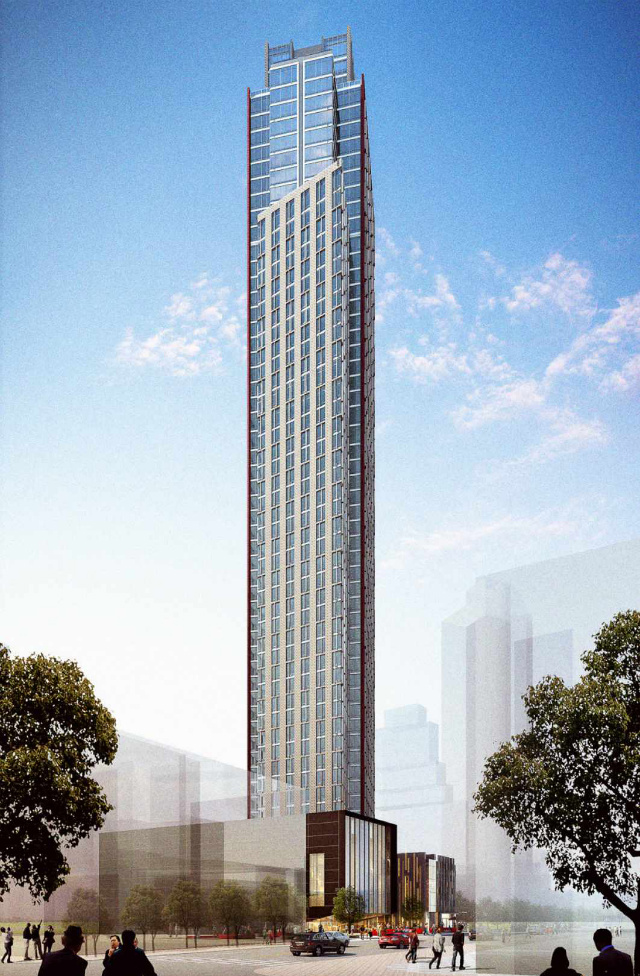 We’ve already seen a few renderings of 250 Ashland Place, a 52-story mixed-income tower soon to rise in downtown Brooklyn, but YIMBY’s come across another image, this one depicting the building’s south façade, as it will be seen from Lafayette Avenue.

The light brick façade will still have floor-to-ceiling windows, but without the irregular pattern of the Ashland Avenue face. Luckily it maintains the clean look of the other released renderings, with no unsightly PTACs below the windows. 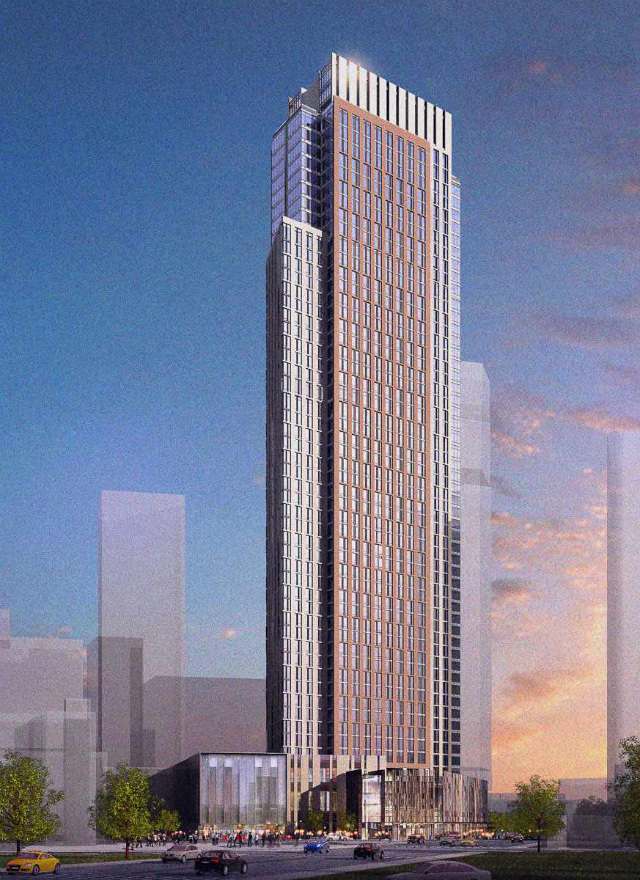 The project was given the final go-ahead in December, when the Gotham Organization and DT Salazar Inc. closed on $278 million in financing for the tower.

Designed by FXFowle, 282 of the 586 units – ranging from one- to three-bedrooms – will be let at below-market rates. (The income brackets for the “affordable” units will max out at between around $50,000 and $140,000 for families of four, with no very low income or supportive units included.) There will also be 8,000 square feet of office space and 10,200 square feet of retail facing Fulton Street.

Groundbreaking was earlier this year, and upon completion, the tower will stand among the tallest in Brooklyn, rising 568 feet to its roof.

Like this design so far. Those ‘staggered’ windows again. 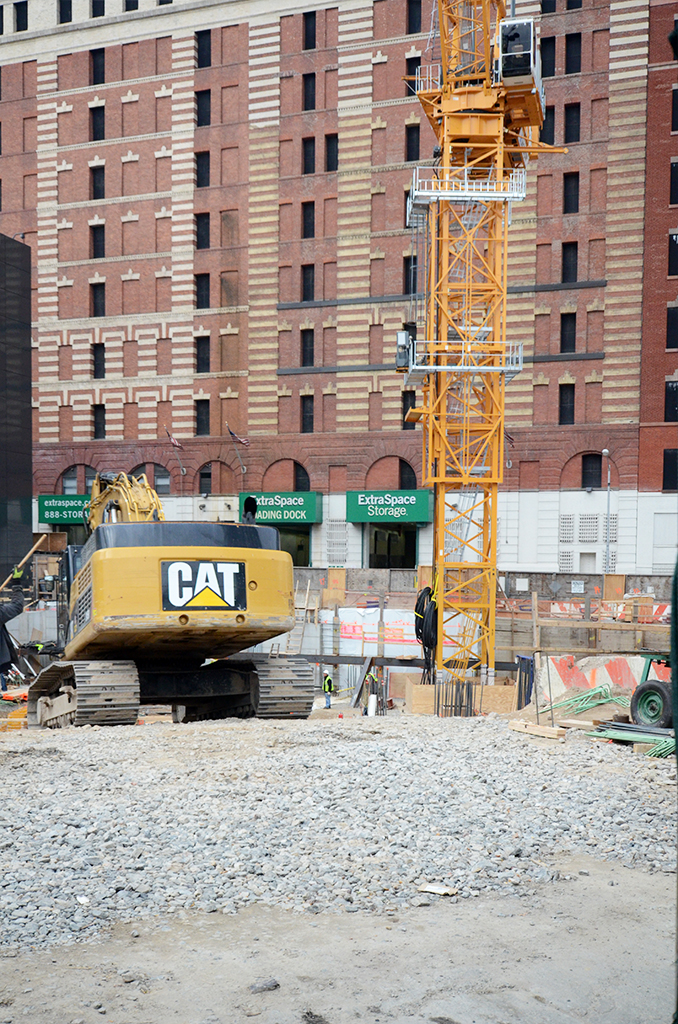 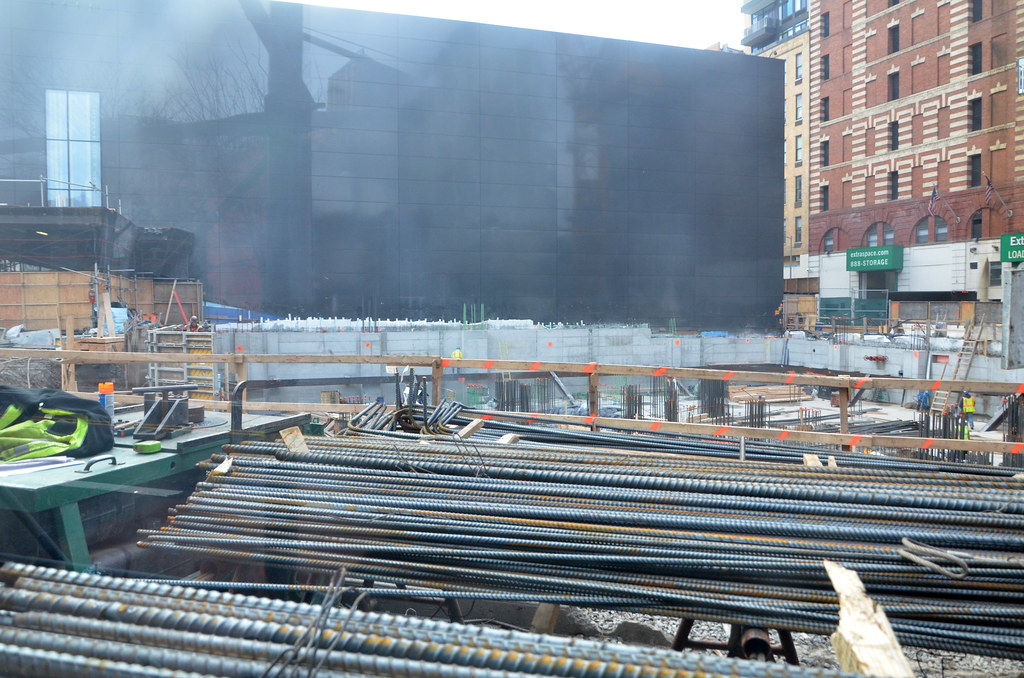 Crews are up there working hard to build the Gotham Organization’s rental-apartment tower, which will be called the Ashland. Readers will remember this development site as 598 Fulton St. The developer is now using 250 Ashland Place as its address.

The designer is FXFOWLE Architects.

The 586 unit-building will be 52 stories tall, a spokeswoman for the developer confirmed. Nearly 50% of the apartments will be affordable-housing units, and there will be 10,800 square feet of retail space and 8,000 square feet of office space for cultural institutions, as we previously reported.

I think this building is going to need a very good inspection before the DOB allows any one to live there. I work at a business very close and got to talk to many workers of all trades that worked on this building. After some time these men dont even realize that others are listening to their conversations and over the last few months I have heard some things that I needed to pass on to the DOB. Aparently their were MANY short cuts taken by some of the trades. The scariest that concerned me the most was hearing not just one worker or one trade the talk of these workers seemed to be the quality of work that the electrical contractor was doing. Now I dont fully understand the code but when electricians themselves are talking amungst each other and sharing their jobs and how they were instructed to get them done and laughing at it like it really was a joke was very disturbing to me. I called 611 and was advised who to call and report this and after some many calls aparently I wasn’t the only call with concerns about this contractor who I then learned the name to be Spieler & Ricca Electric and to my surprise the are actually a Union company . I called Local 3 many times and again was told that they were aware of the concerns I had and others as well and they had set up an investigation to determine if their was work performed out of code and unsafe. After 8 calls they had told me that I shouldnt worry that they now have a Local 3 Shop Steward working on that job location every day.

This is mostly complete. Taken on Friday 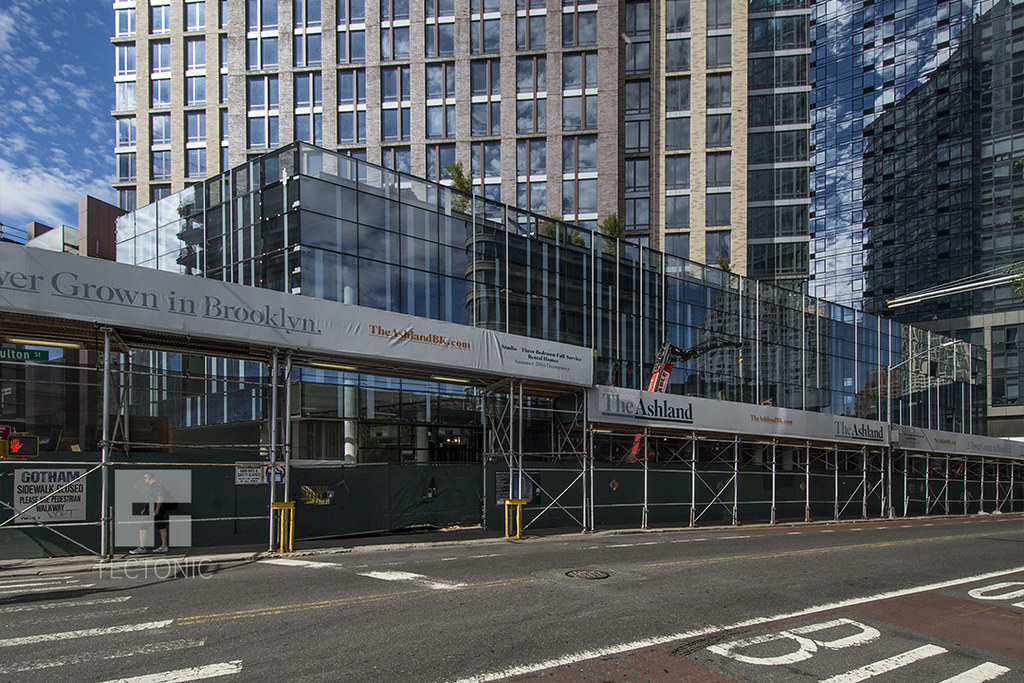 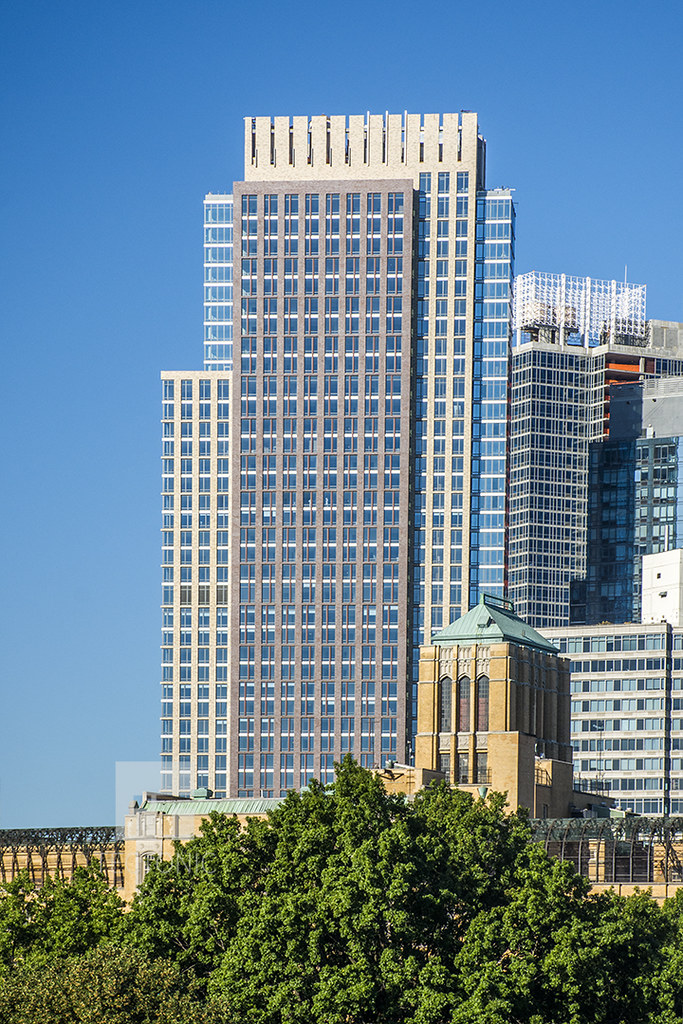 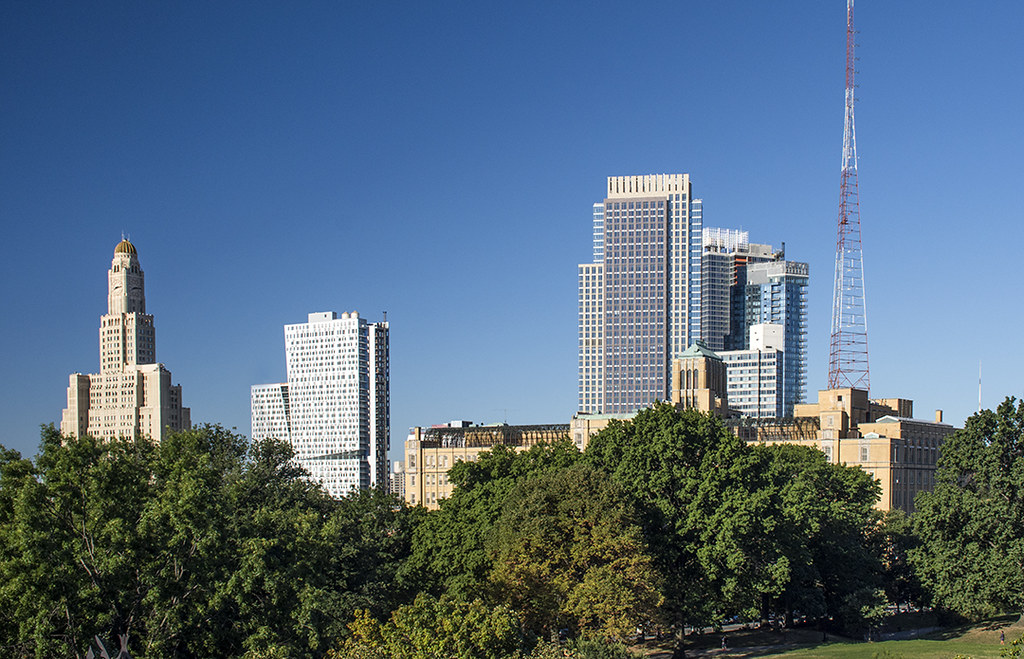 This tower looks good. Passing shot. While the new developments are ravaging small businesses that have been in the area for years, this stretch is a massive improvement. 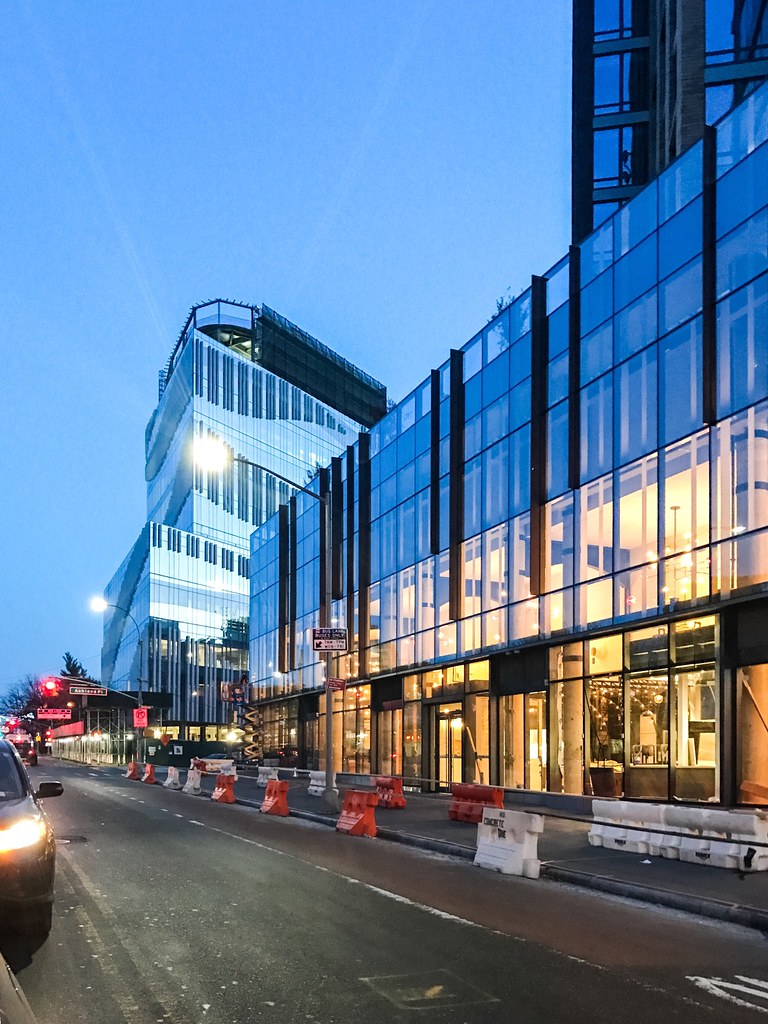 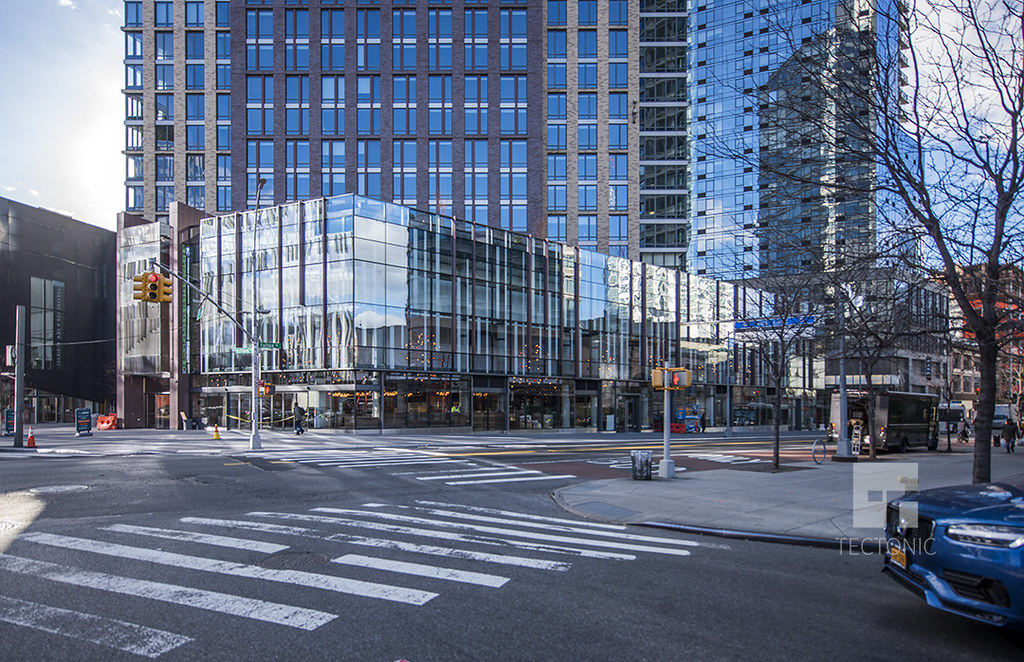 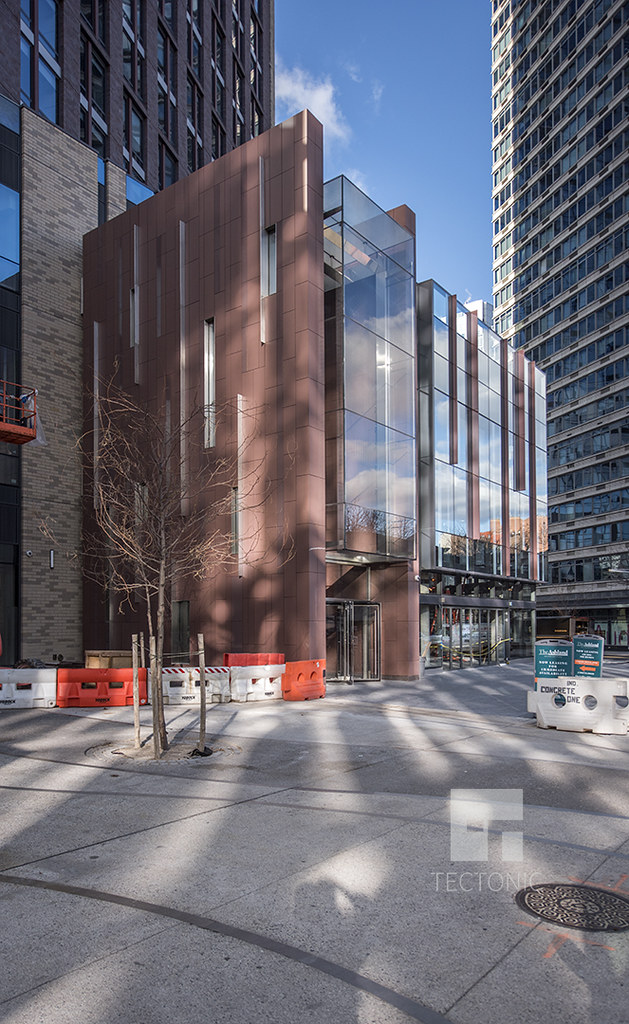