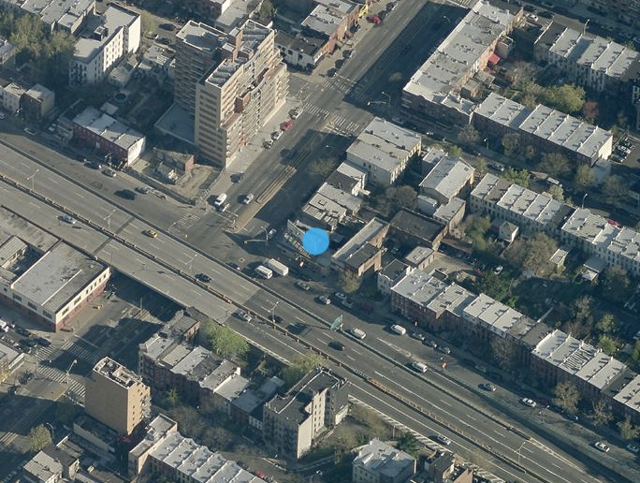 As the year comes to a close, architects are rushing to file new building permit applications before the 2014 construction codes take effect on December 31. So on Friday, applications were submitted for two new projects on Brooklyn’s Fourth Avenue – 581 Fourth Avenue and 691 Fourth Avenue, both in South Slope.

The larger of the projects is 581 Fourth Avenue, a 129-unit building that will sit just north of the Prospect Expressway. The Rabsky Group, headed by Simon Dushinsky, is developing the project, and has hired Karl Fischer to design.

Apartments will be spread over 76,000 square feet of residential space, with a very rental-sized average size of just 600 square feet (there will be 15 units per floor from the second through the fifth stories). The garage will have parking for 57 cars, and there will be a small 2,400-square foot commercial space on the ground floor.

The developer, which has already filed plans with the city for a 129-unit residential building on the site, purchased 189-195 Prospect Avenue for $7.5 million in a deal that closed last month, according to city property records.