A partnership involving brokers-turned-developers Michael Shvo and Erez Itzhaki filed demolition plans at the Soho development site that could become a new residential tower of up to 280,000 square feet, according to property records filed with the city Thursday.

Shvo, Itzhaki and their equity partners, Halpern Real Estate Ventures, Bizzi & Partners and Aronov Development bought a 20,000-square-foot assemblage site at 100 Varick Street for $130 million in January. The site is located on the western end of the blockfront bounded by Watt, Broome and Varick streets. The joint venture filed plans with the city’s Department of Buildings yesterday to demolish three, three-story buildings that currently occupy 60, 62 and 64 Watts Street.

Shvo, the epitome of the work-hard-play-hard culture of the last real estate boom, was missing in action for a number of years after the market tanked. But last May, in his new avatar as a developer, he made a comeback and purchased a West Chelsea parcel in partnership with Victor Homes. Shvo intends to build luxury condos at that site, located at 239 10th Avenue, and is aiming for prices of up to $3,000 a square foot, sources said. 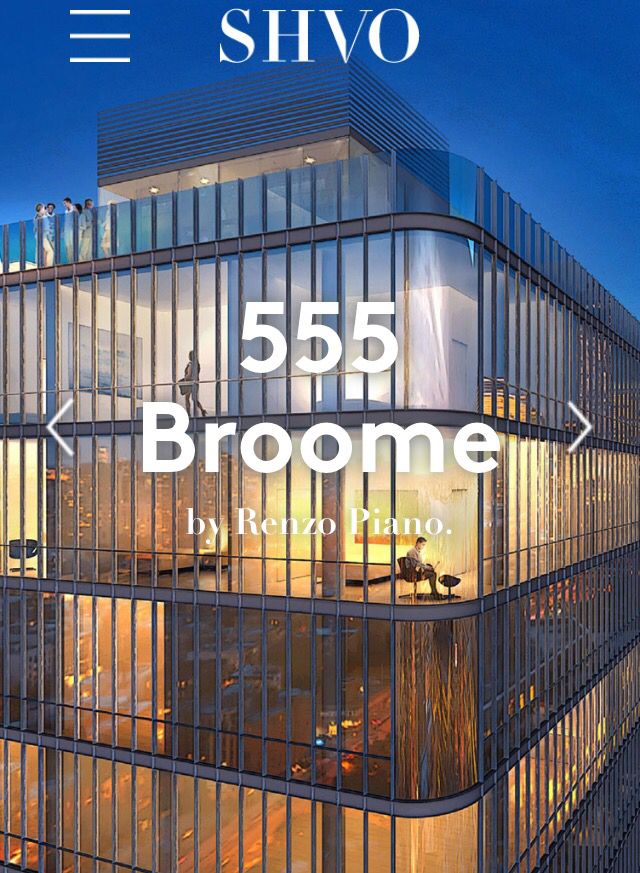 The developers of a new luxury condo tower in SoHo that will be star architect Renzo Piano’s first residential project in the city have raised $450 million for the development.

Bizzi & Partners Development, Aronov Development and Halpern Real Estate Ventures secured a $320 million construction loan from Bank of China for a 290-foot tall, 115-unit condo the group is planning to build at 565 Broome St. The partners also sold a $135 million equity stake in the project to Cindat, a U.S. subsidiary of the Chinese investment firm Cinda Asset Management Co.

“Our partnership is now complete with the addition of Bank of China and Cindat, and this team’s commitment to 565 Broome St. is an endorsement of the continued strength and worldwide appeal of luxury real estate in Manhattan,” Davide Bizzi, the CEO of Bizzi & Partners, said in a statement.

The developers broke ground on the condo building last month and aim to finish the project by 2018. Sales will launch later this year. They began assembling the development site, which spans the block along Varick Street from Broome to Watts streets, in 2014. In December, the partners closed on a neighboring site at 555 Broome St. for $9 million that allowed them to expand the building to 320,000 square feet.

The tower, which will have two spires, is designed by Renzo Piano, the architect who designed the new Whitney Museum in the meatpacking district.

Great update, Chris. This is a nice tower! 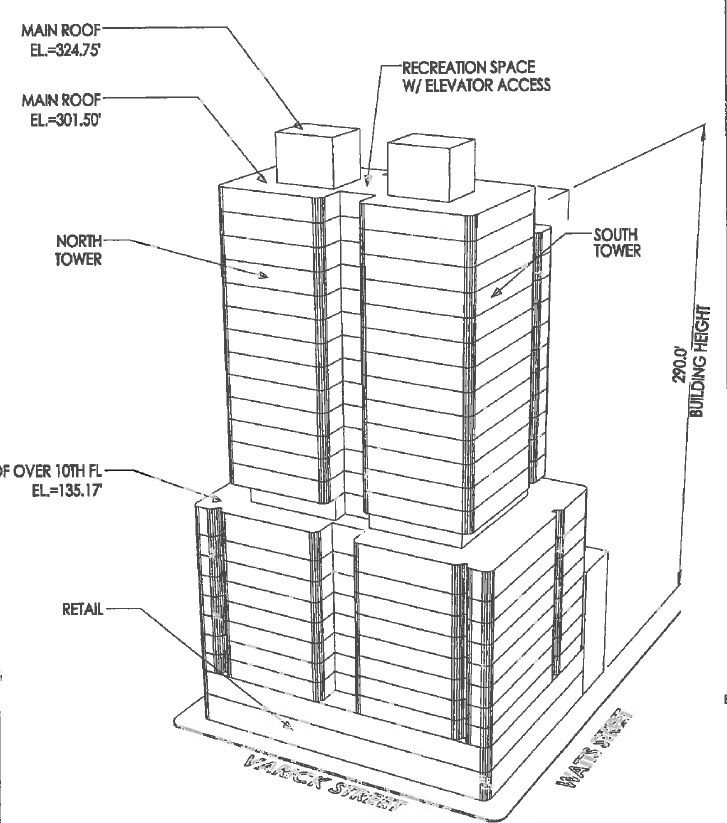 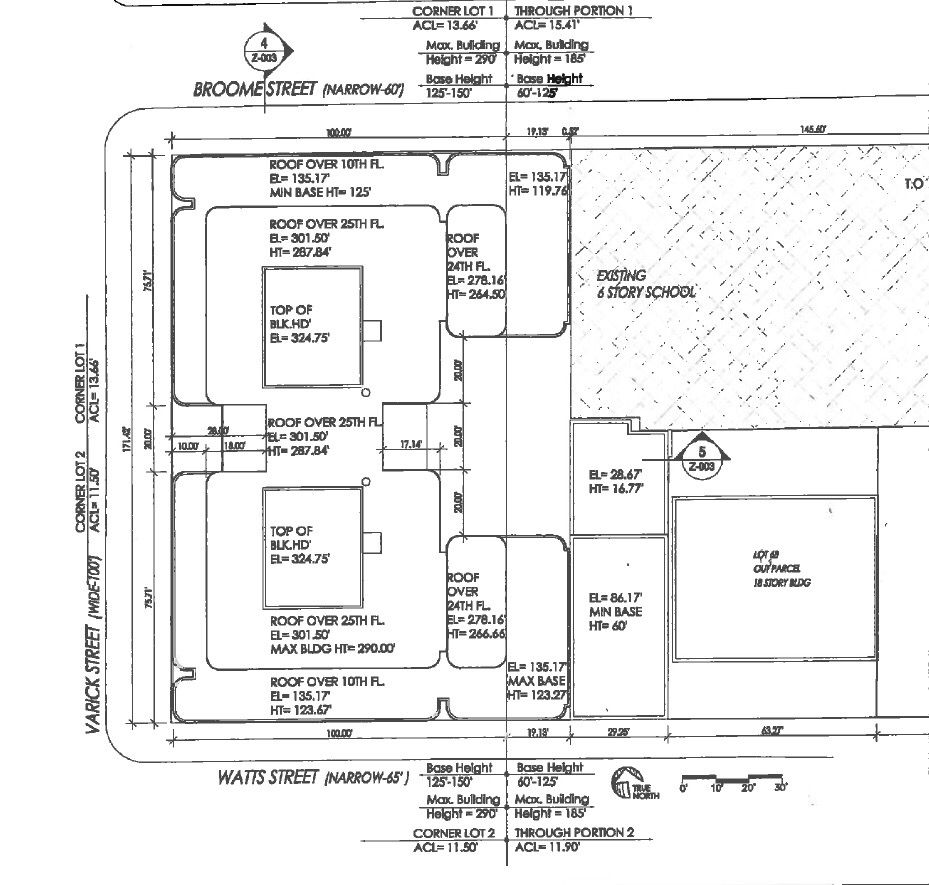 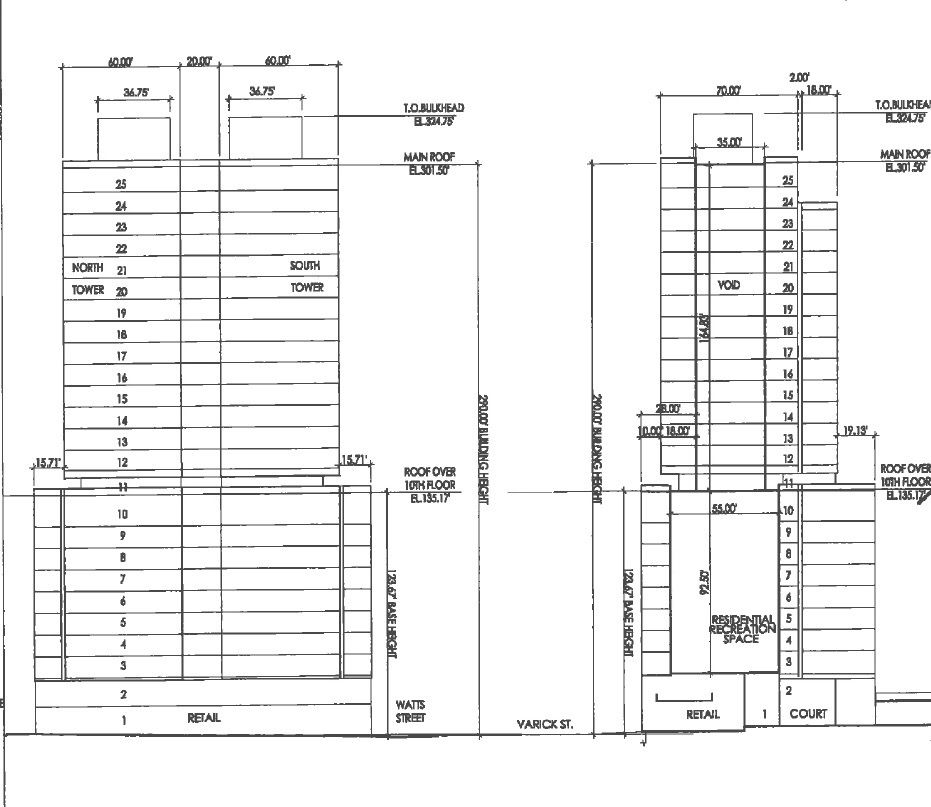 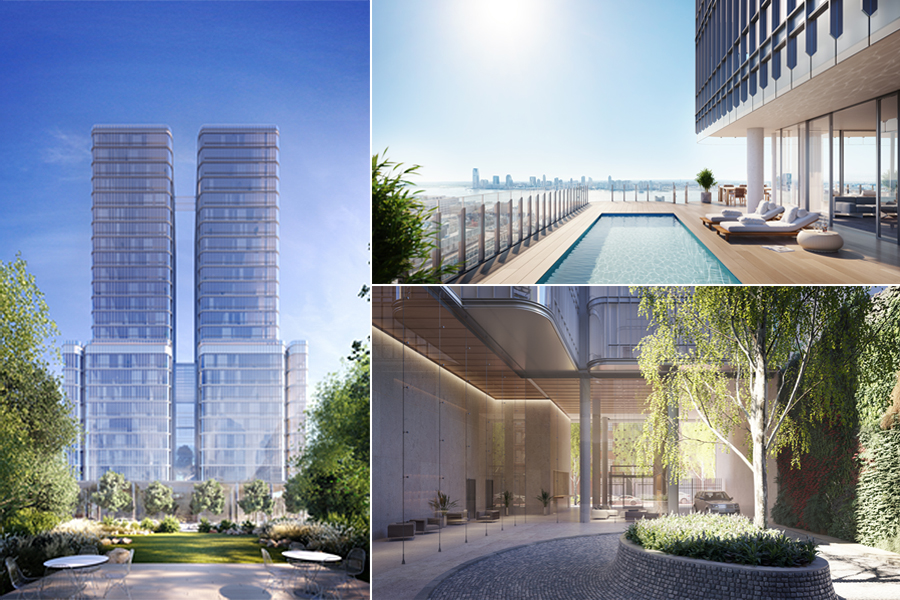 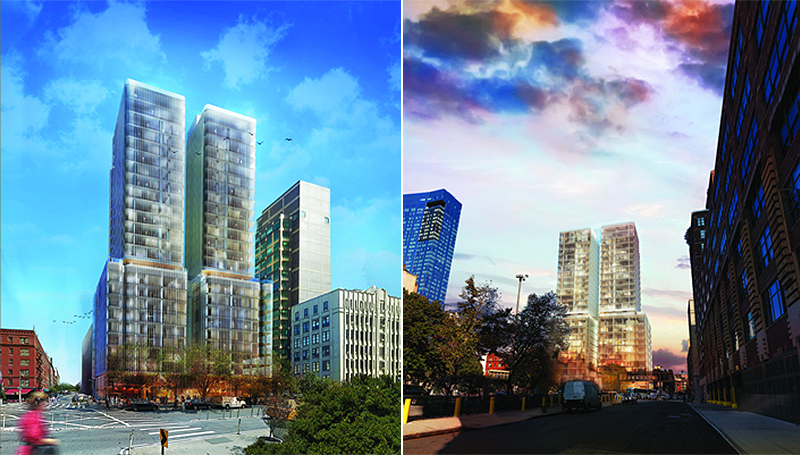 UPDATED, Aug. 2, 2:10 p.m.: The developers of the Renzo Piano-designed condominium project near the Holland Tunnel, where units will list as high as $ 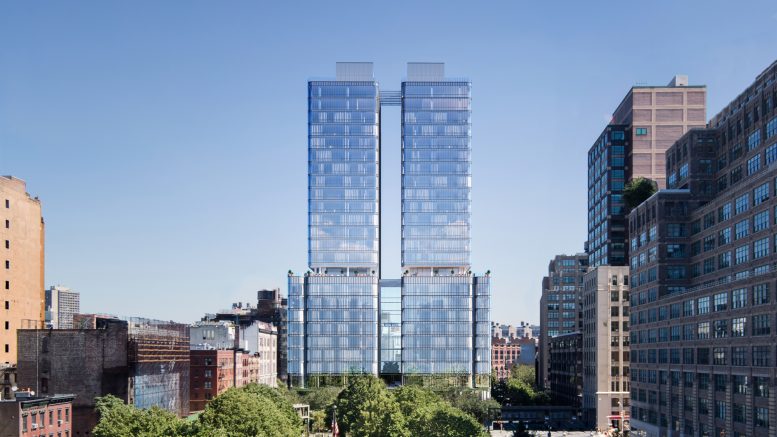 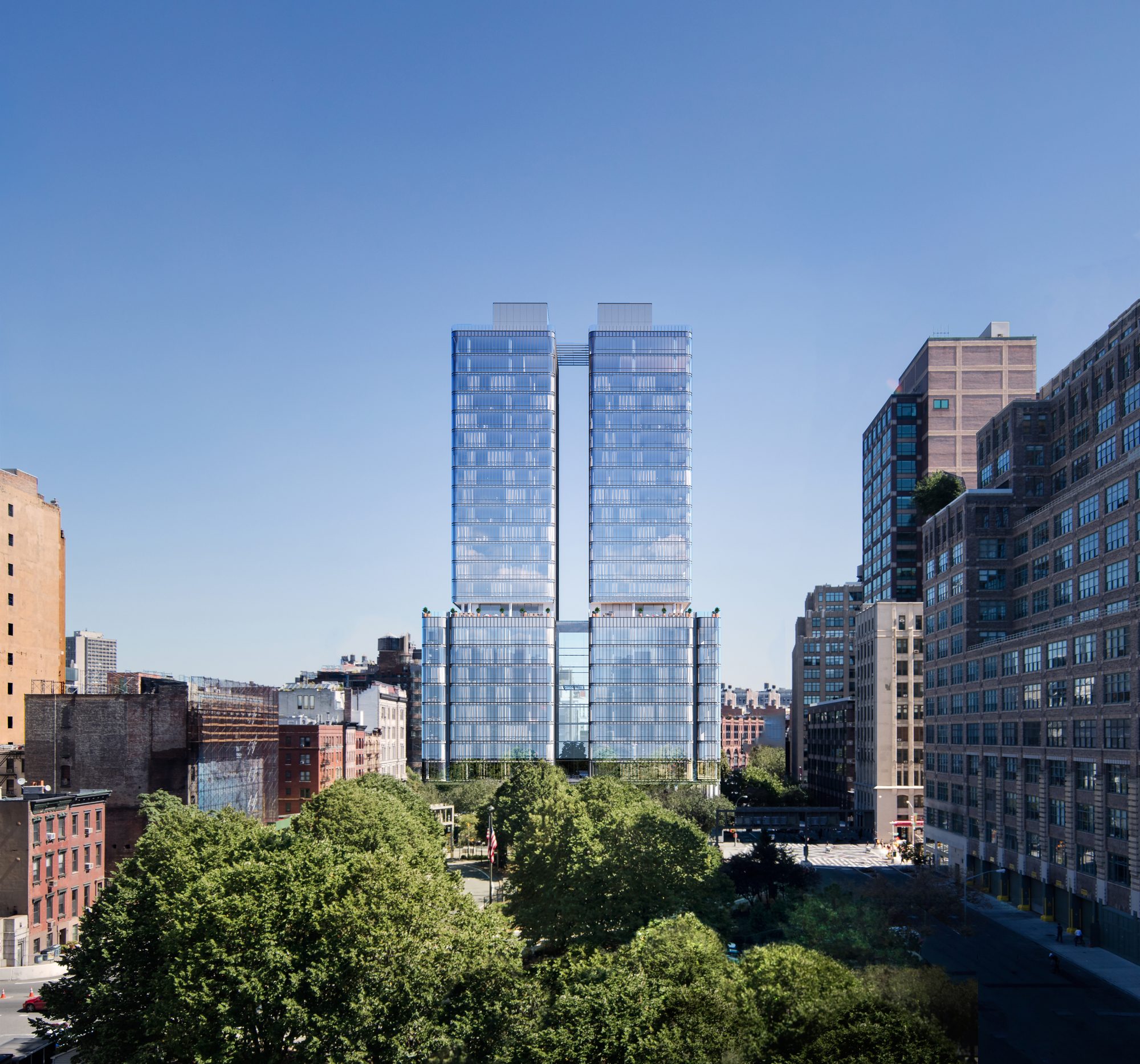 YIMBY has the latest news of the 25-story, 115-unit mixed-use building planned at 565 Broome Street, in Hudson Square. 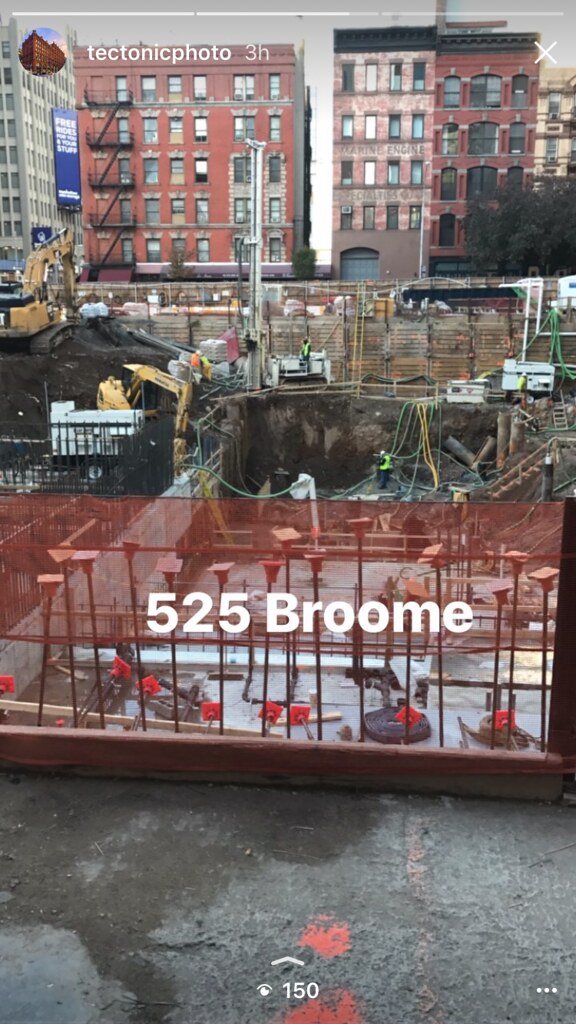 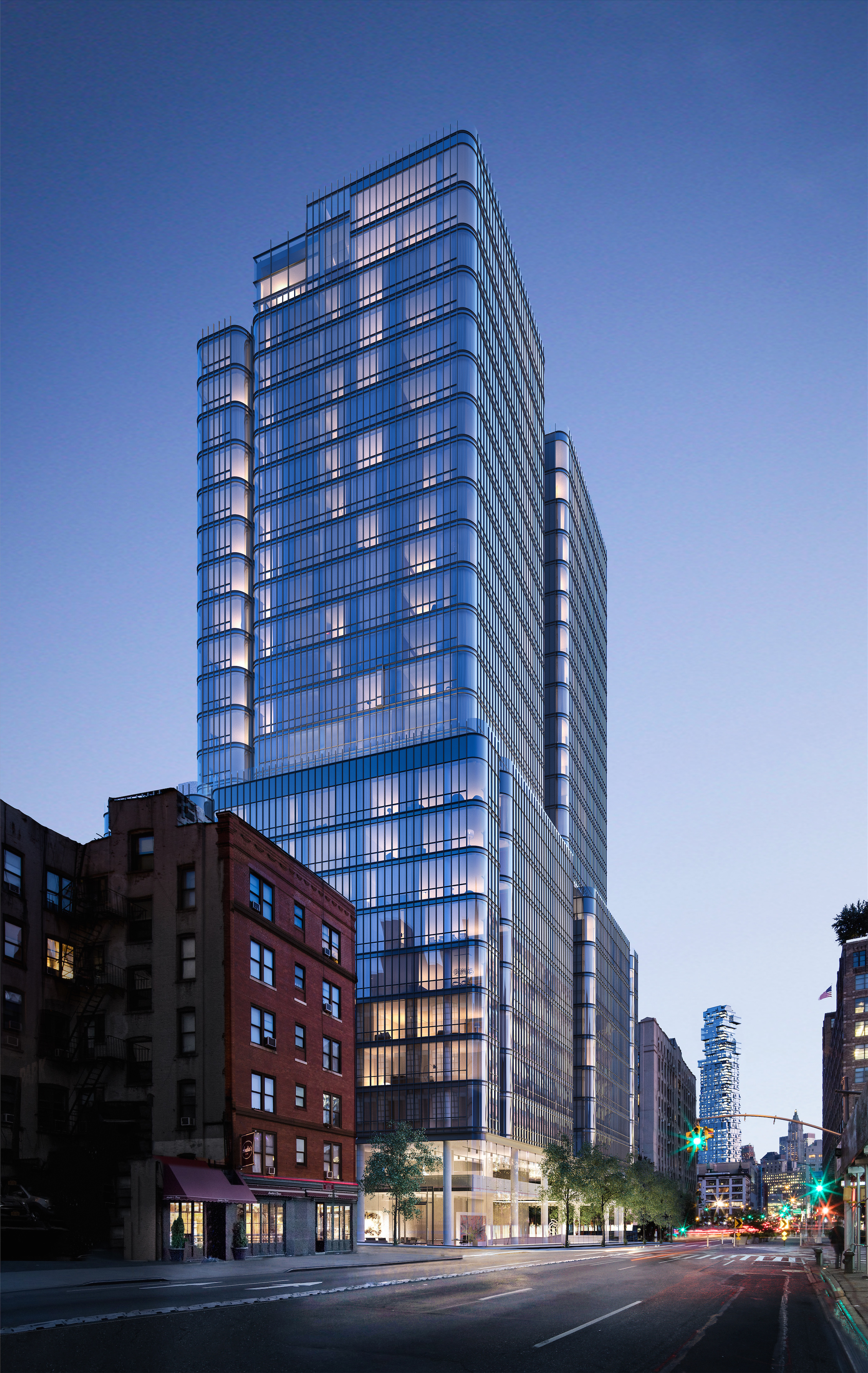 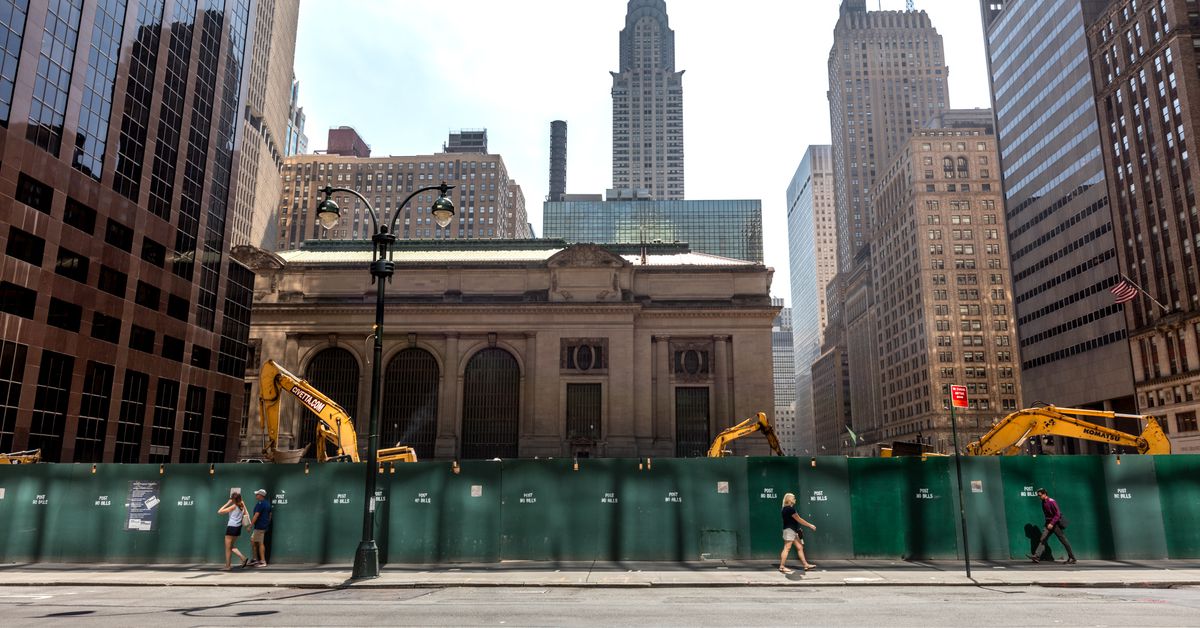 The next year is poised to be a big one, with plenty of new developments moving forward, skyscrapers rising, and more changes to NYC’s landscape. 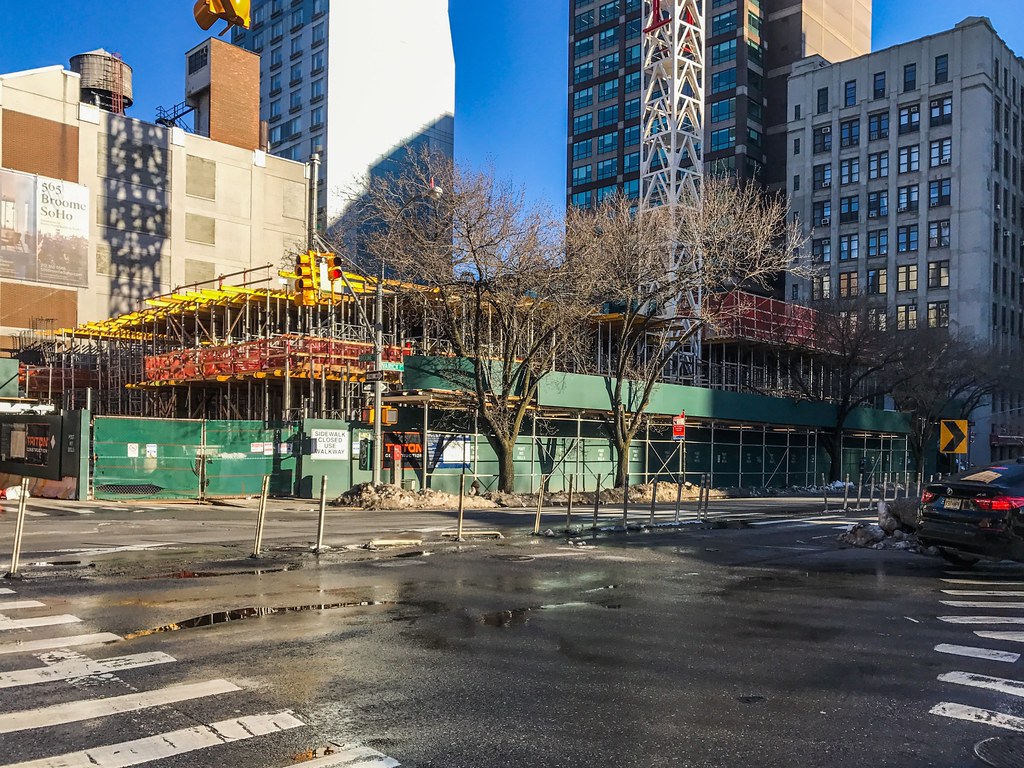 Nice! Any pics of the tower crane? 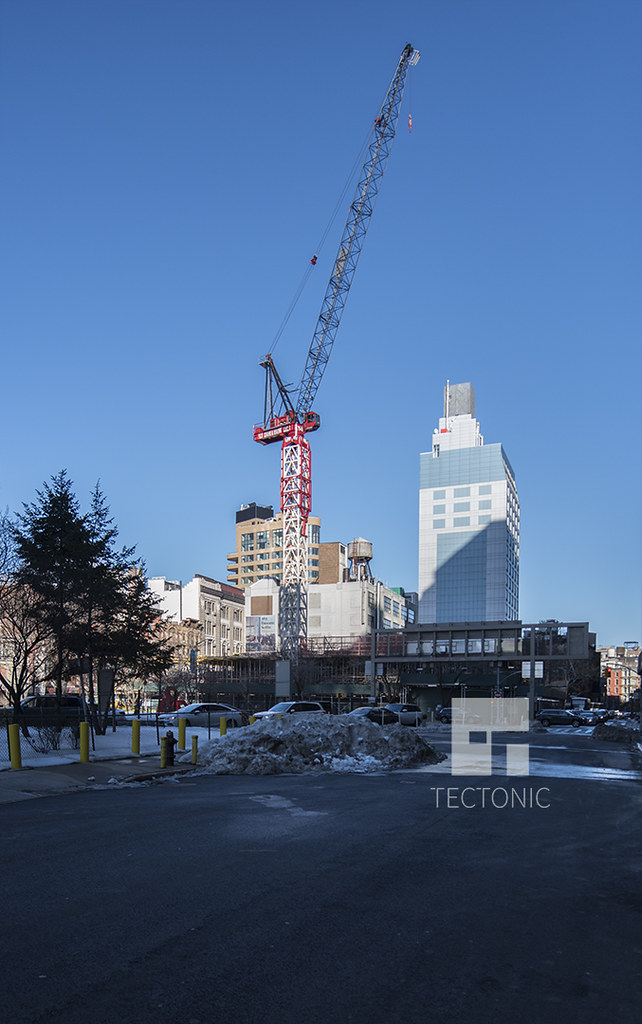 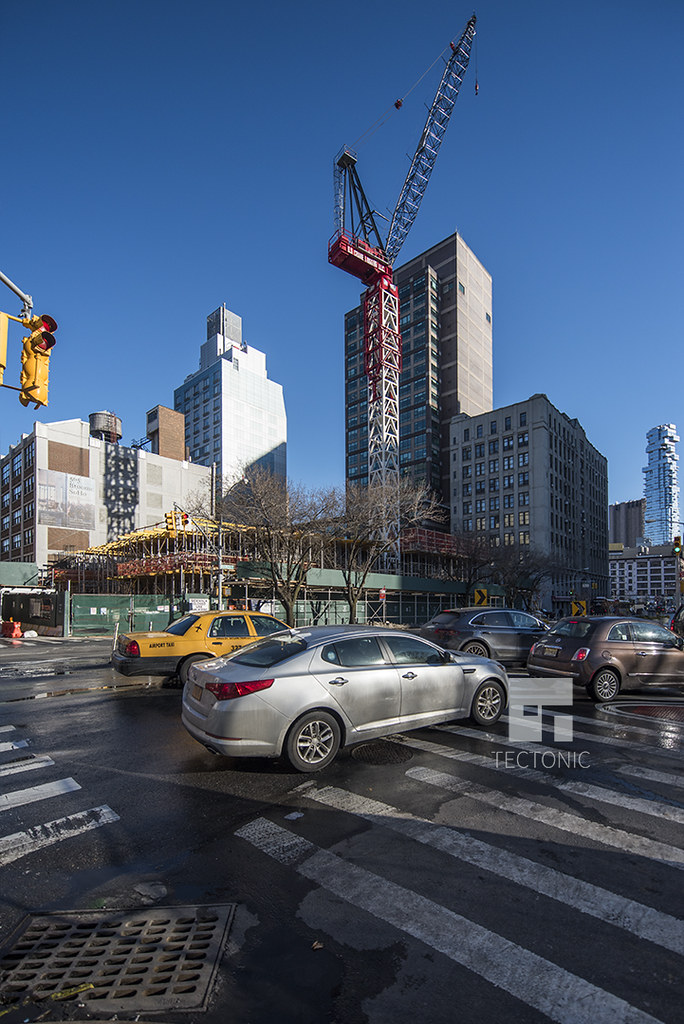