Foundation work is nearing completion at 547 Tenth Avenue, which is yet another major apartment tower rising in the booming corridor surrounding West 42nd Street; Extell is the developer, and the architect of record is SLCE.

547 Tenth Avenue will eventually stand 52 stories tall, but what’s not shown in the renderings is the project’s cantilever; the tower will extend outwards over its western neighbor, the Church of Saints Cyril & Methodius and St. Raphael. The actual church will be fine, as the rectory is the portion that will be underneath the new building.

While cantilevers can be controversial, the lot adjacent to the church has been sitting vacant for years, and the Remedial Action Work Plan for 547 Tenth Avenue details the efforts Extell has had to go through to clean up the site; the plan also has all the specifics regarding the protrusion, which starts on the skyscraper’s eleventh floor, 170 feet above street level.

The Office of Environmental Remediation has the FAR breakdown for 547 Tenth Avenue, which had previously been unknown; DOB filings for the site are confusing, given permits for the 52-story tower instead describe a mystical 22-story building. Ignoring the seemingly mis-matched information, the development will have 380,000 square feet of market-rate housing, 95,000 square feet of ‘inclusionary’ housing, 93,000 square feet dedicated to community facilities, and 6,600 square feet of ground-floor retail. 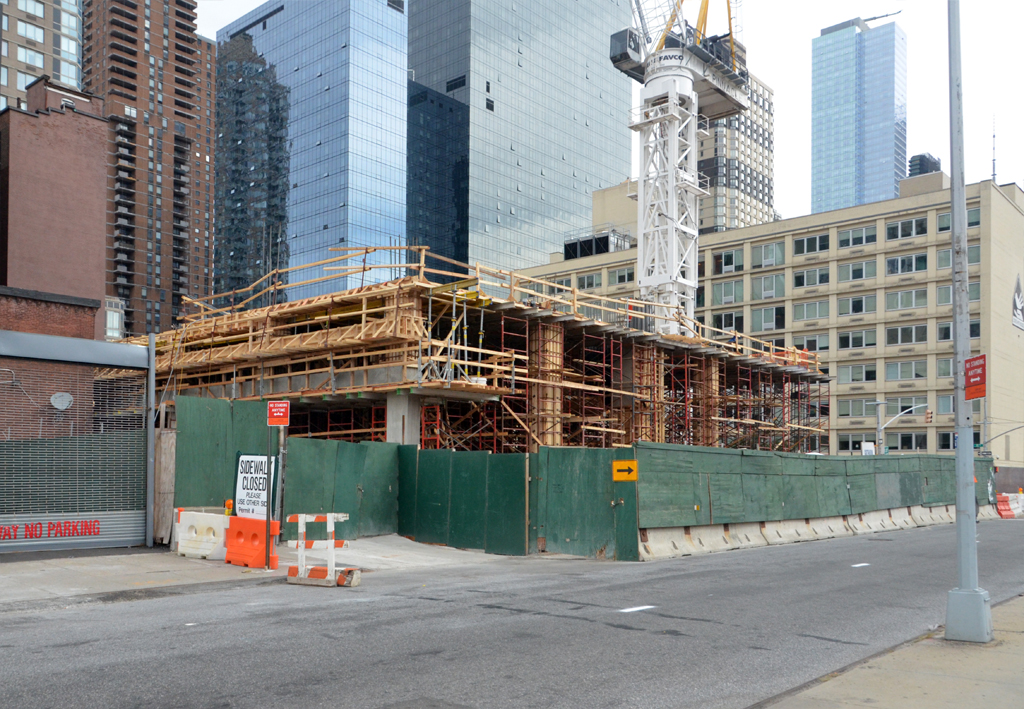 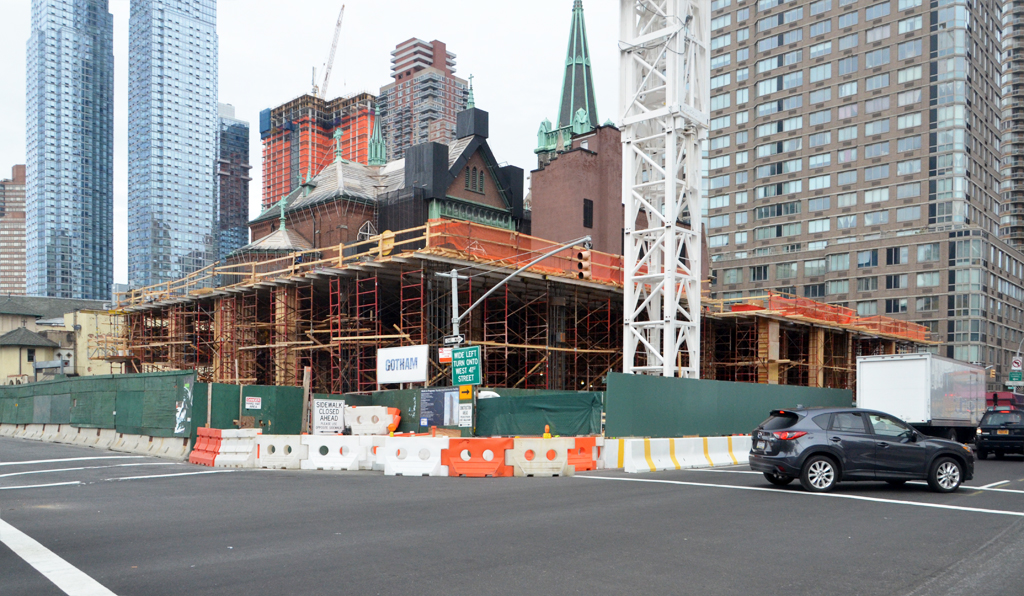 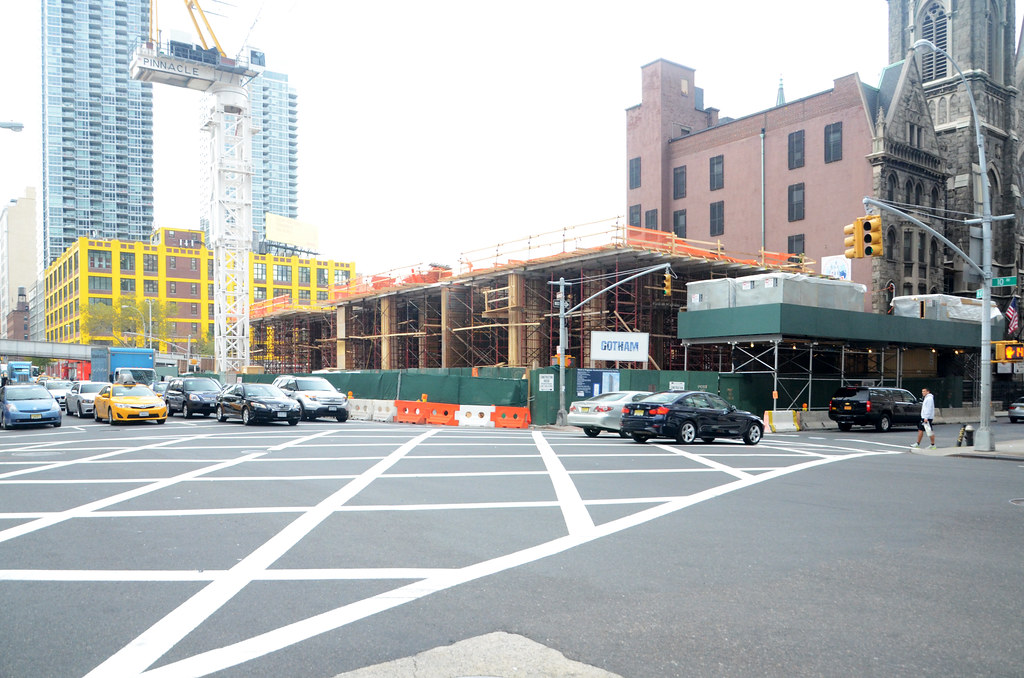 That went up fast! This neighborhood will transition very quickly over the next few years 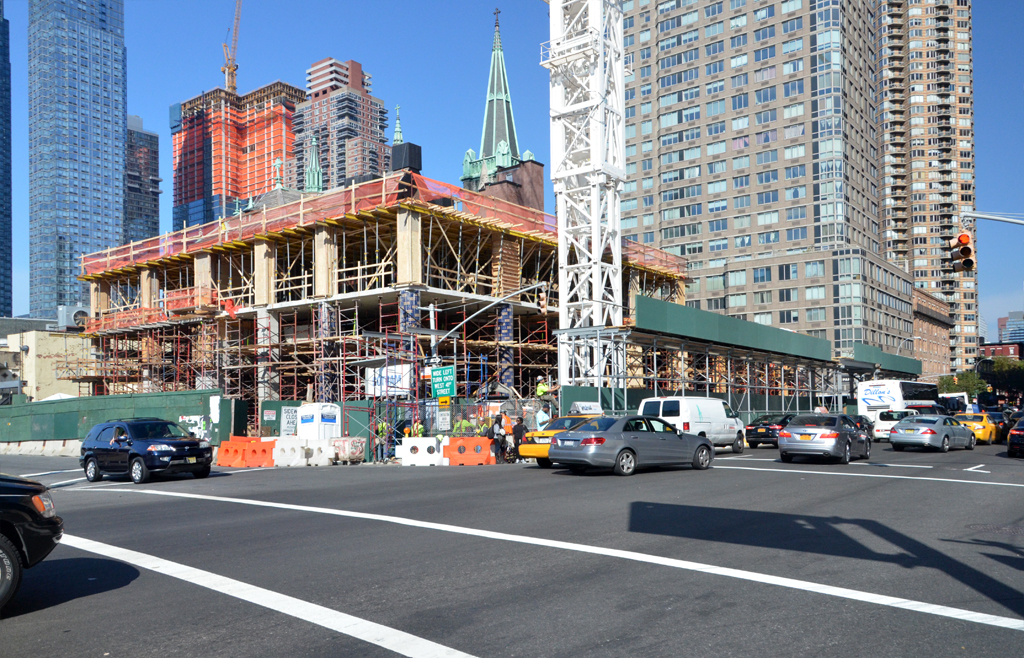 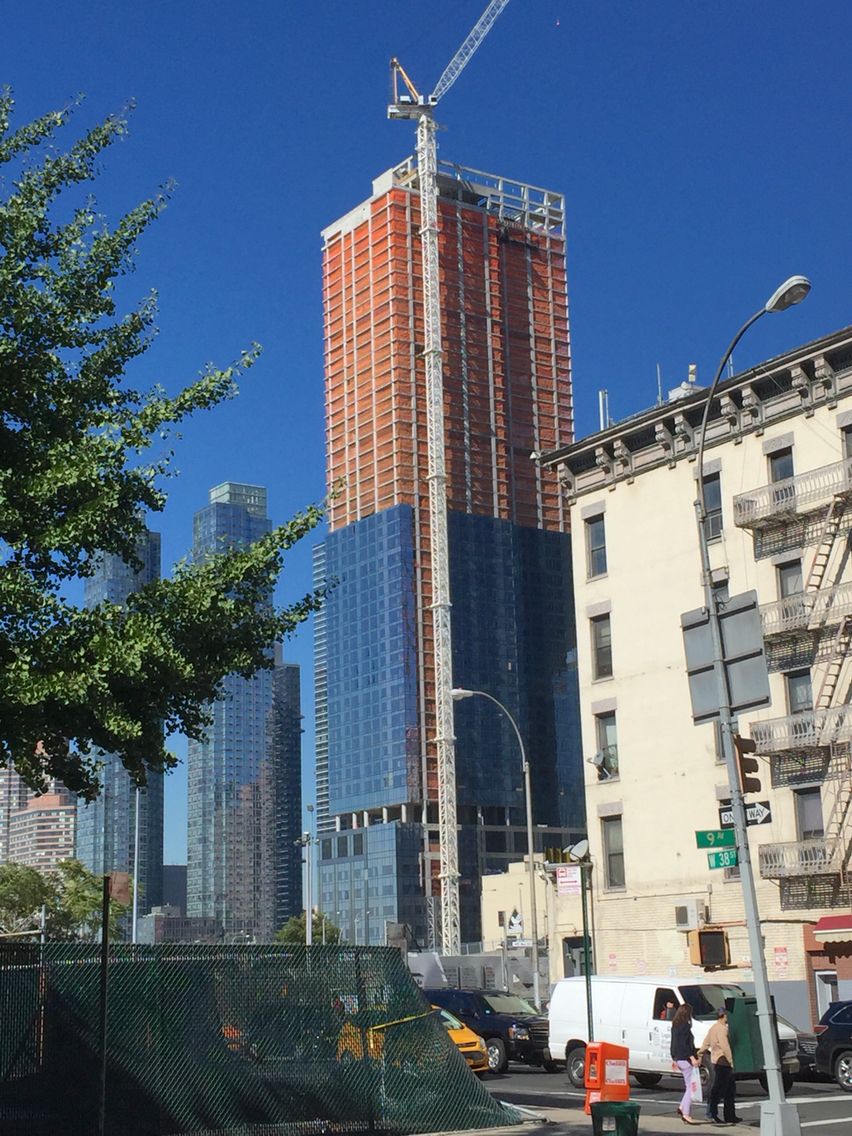 Good to have you back. Spread the word to others that you know. Where trying to get more active users as this is the spot for almost 100% NYC coverage and discussion.

Thanks fellas and will do. cheers.

I concur! It’s a pleasure to have VG! 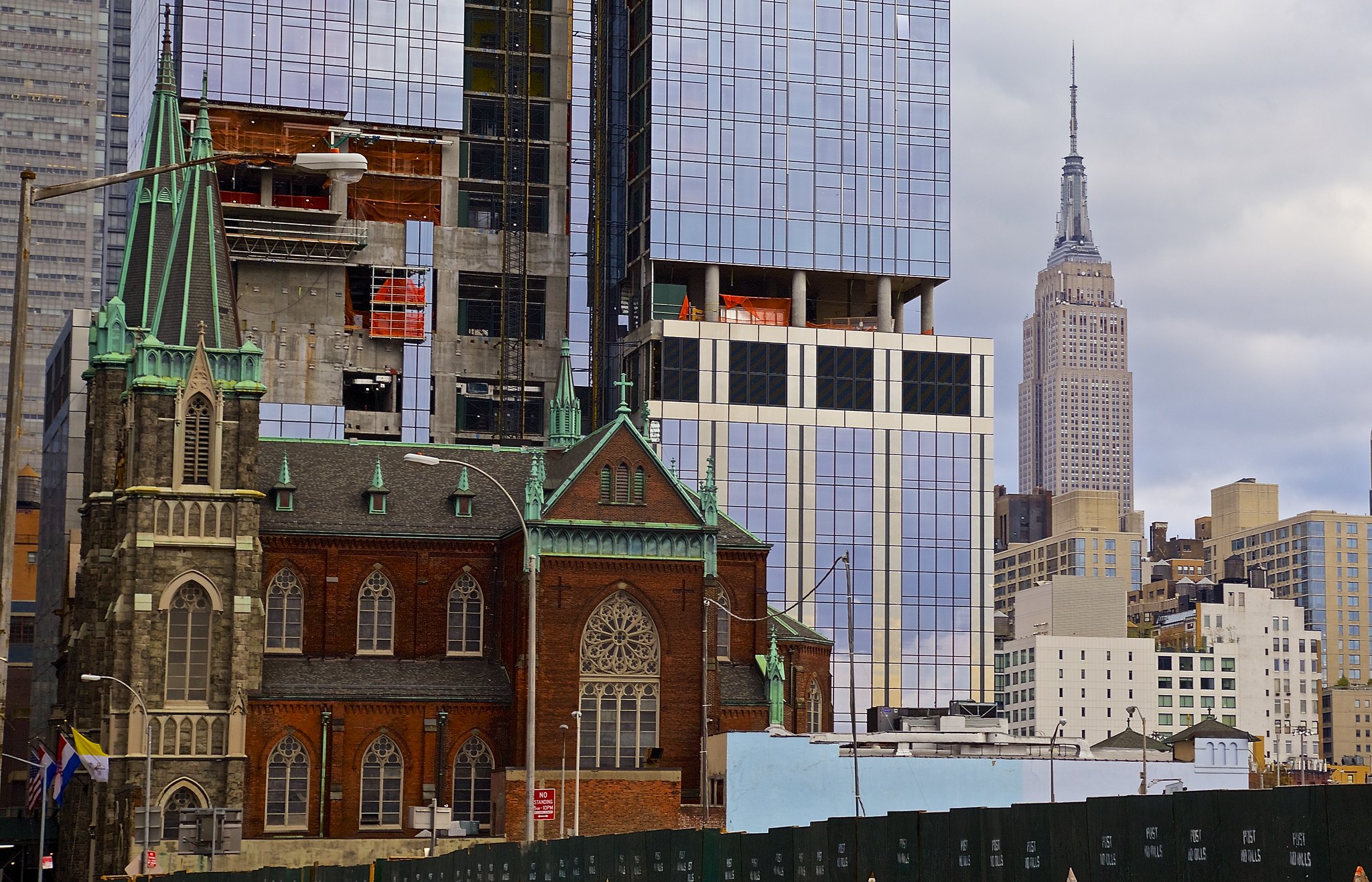 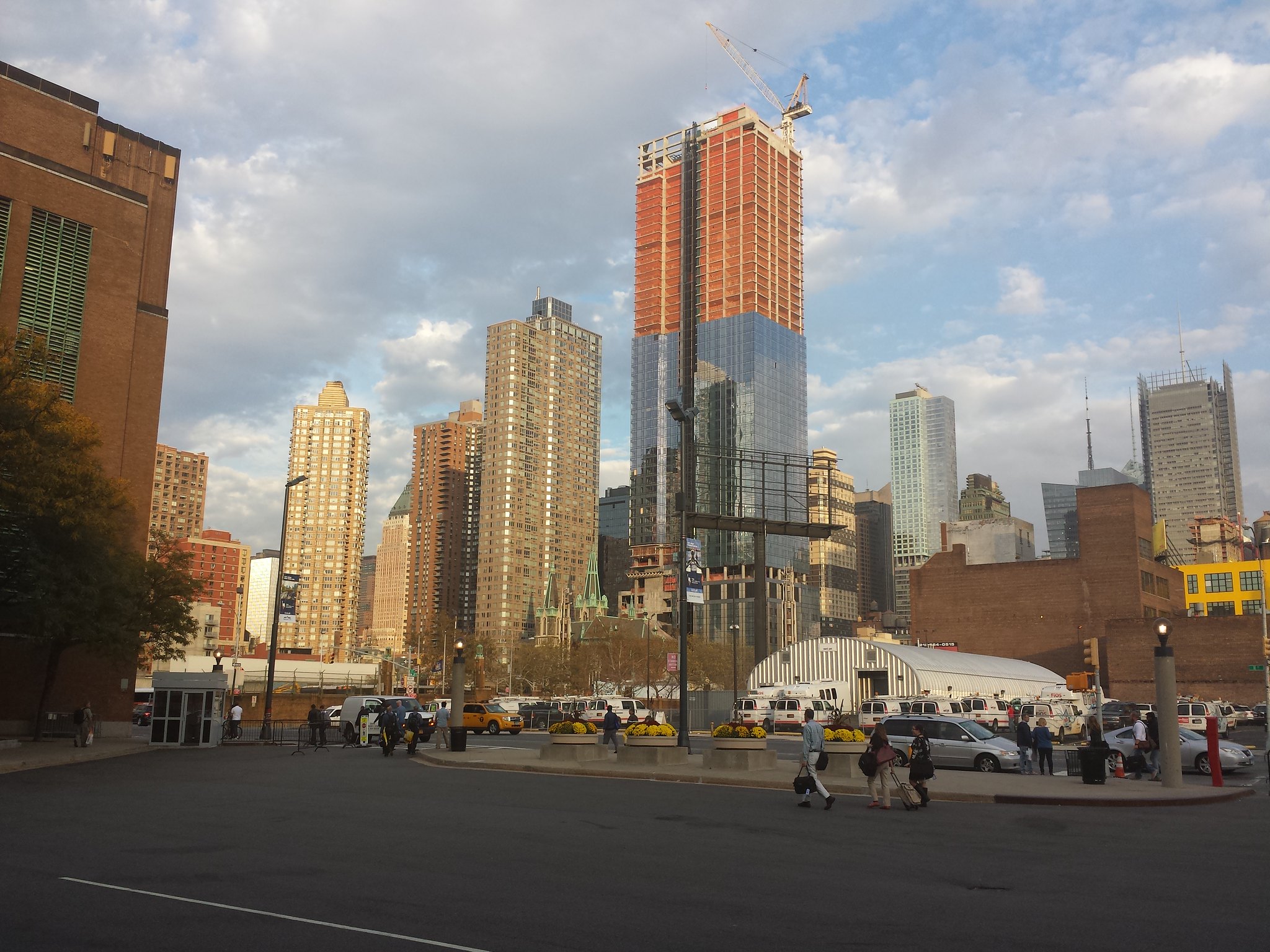 Making its presence known from the Empire State and Hudson Yards! 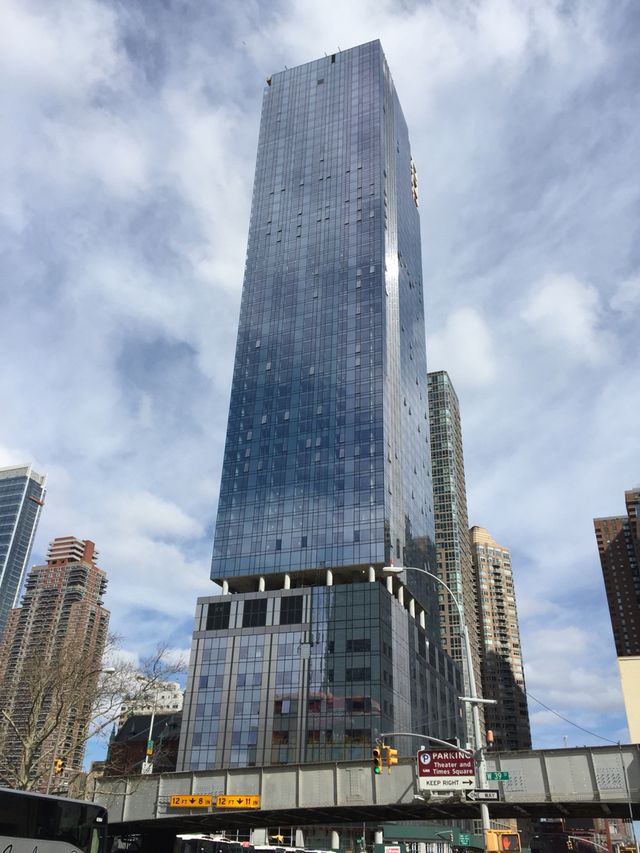 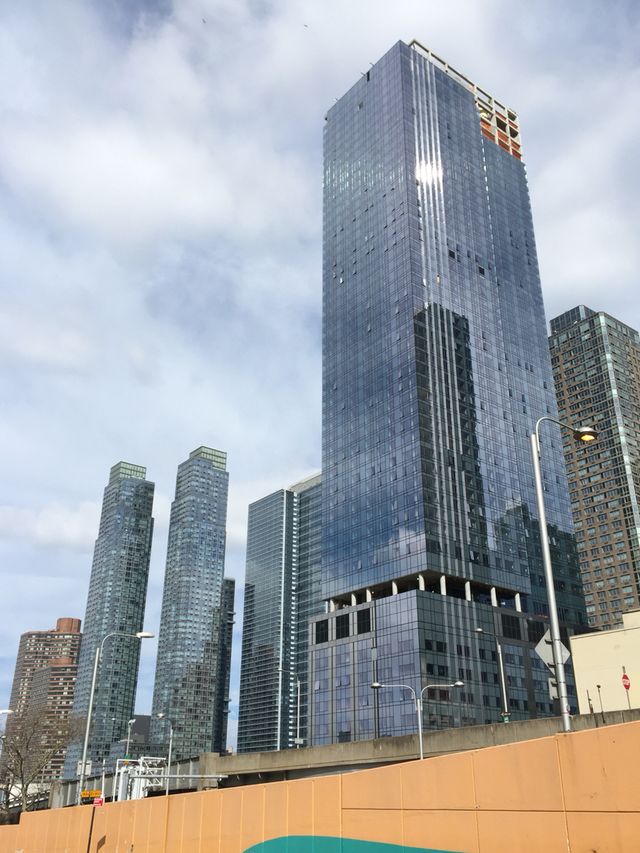 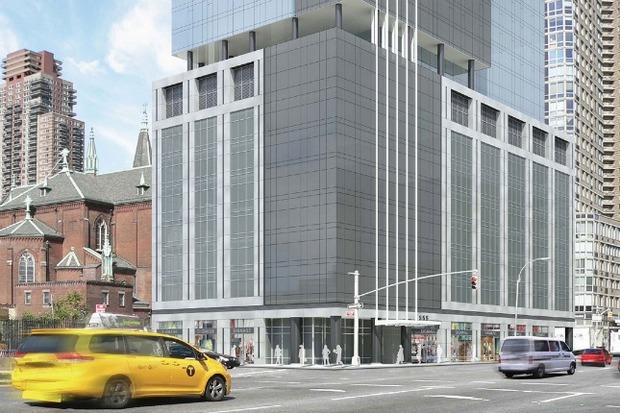 More than 100 affordable apartments are available at 555 10th Ave. in the Hudson Yards neighborhood.

All the cladding is up but work on the inside continues.