[Looking north on Carlton toward 535 Carlton Avenue, the next Atlantic Yards building. Rendering by COOKFOX.]

Greenland Forest City Partners, the official name of the joint development, hired the sustainable building experts at COOKFOX to design the next two buildings, which will sit beside a new park. The first building to to begin work will be 535 Carlton Avenue. Thankfully, the rebranding also drops the completely confusing “B” numbering system and gives the buildings real addresses, a fact that COOKFOX partner Rick Cook said was “extremely important” to his studio. “We want these to be urban buildings, not towers in a park. If the address is on Carlton Avenue, the building entrance will be on Carlton Avenue.”

535 Carlton sits at the corner of Dean Street, and it will break ground by December of this year. The 285,000-square-foot building will rise 18 stories and hold 298 rental units, ranging from studios to three bedrooms. COOKFOX wanted a seamless transition from the townhouses of Prospect Heights to the tower, so to meet the surrounding neighborhood, the building’s base will rise 60 feet and be made of brown brick, a material familiar to Brooklyn townhouses. There will be another setback around 85 feet that will hold a communal terrace with gardening plots. “We made this space purposefully low so you can connect to the neighborhood,” said Cook. The site is currently occupied by a building that will be demolished and a surface parking lot. 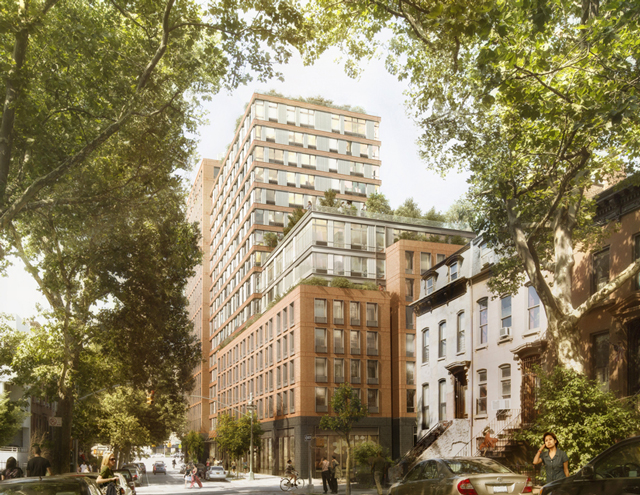 COOKFOX has filed a new building permit for 535 Carlton Avenue, the next of the 15 buildings that will eventually rise at Pacific Park, né Atlantic Yards. The application is for a structure at the corner of Carlton and Dean, on terra firma, not the deck between Atlantic and Pacific. All of the 298 apartments will be let at below-market rates, with maximum household incomes ranging from $48,000 to $104,000 annually.

The building will rise 19 stories – tall for this corner of Downtown Brooklyn, but the shortest building in the complex once known as Atlantic Yards. Its total construction area will be 364,000 square feet, per the application, with a bit more than 275,000 square feet set aside for residential use, working out to average unit sizes of 925 square feet – generous, family-sized apartments, bigger than most new rentals in Brooklyn.

In contrast to the tower now rising — once known as B2 – 535 Carlton will be built using conventional rather than module construction techniques. Last month, Forest City Ratner’s MaryAnne Gilmartin told Curbed that launching more modular projects “would be shortsighted,” though she said “[i]t is my great hope that we will use it again in Pacific Park.”

An unfortunately high number of parking spaces will be included in the building – 309, or a bit more than one for each unit, in two basement levels. This is more than is normally required by zoning (now, only one out of every five apartments must have a space, with none required at all for affordable projects), and was obviously a “community” concession rather than a voluntary choice on the part of Forest City Ratner. Asking the developer (either implicitly or explicitly) to build that much parking was irresponsible on the part of the state, given the site’s extreme transit accessibility and the high cost of construction.

The project will break ground in December. 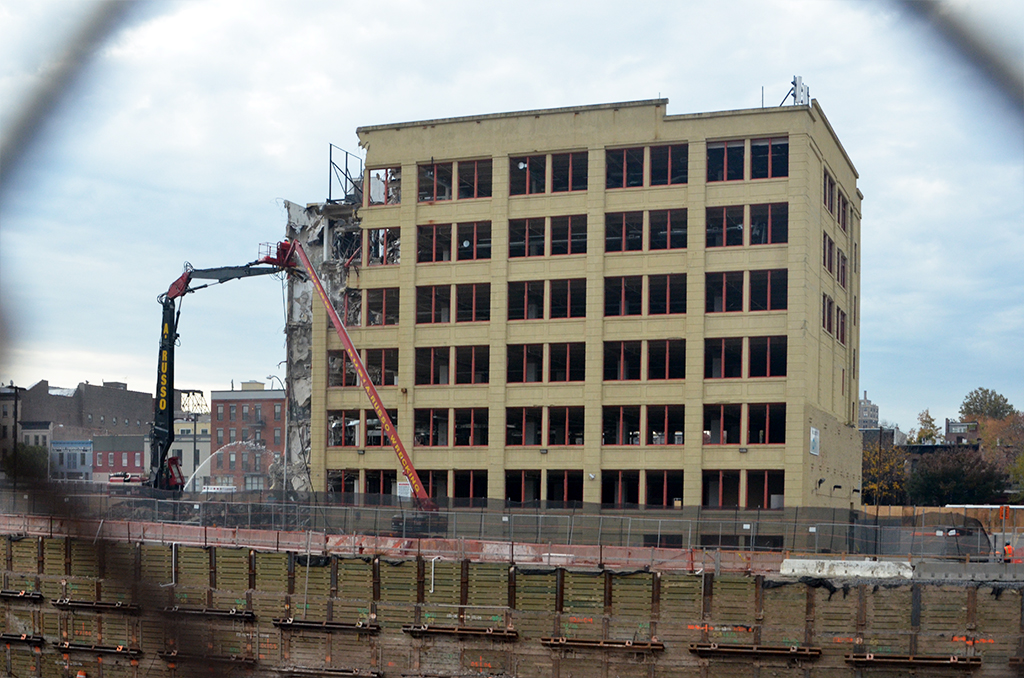 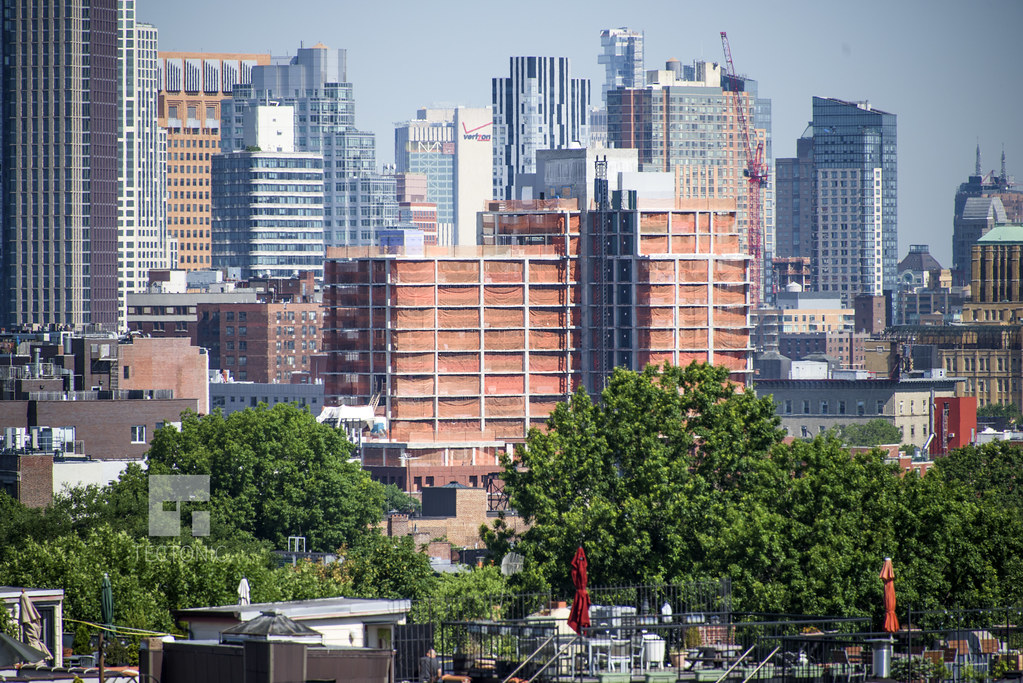 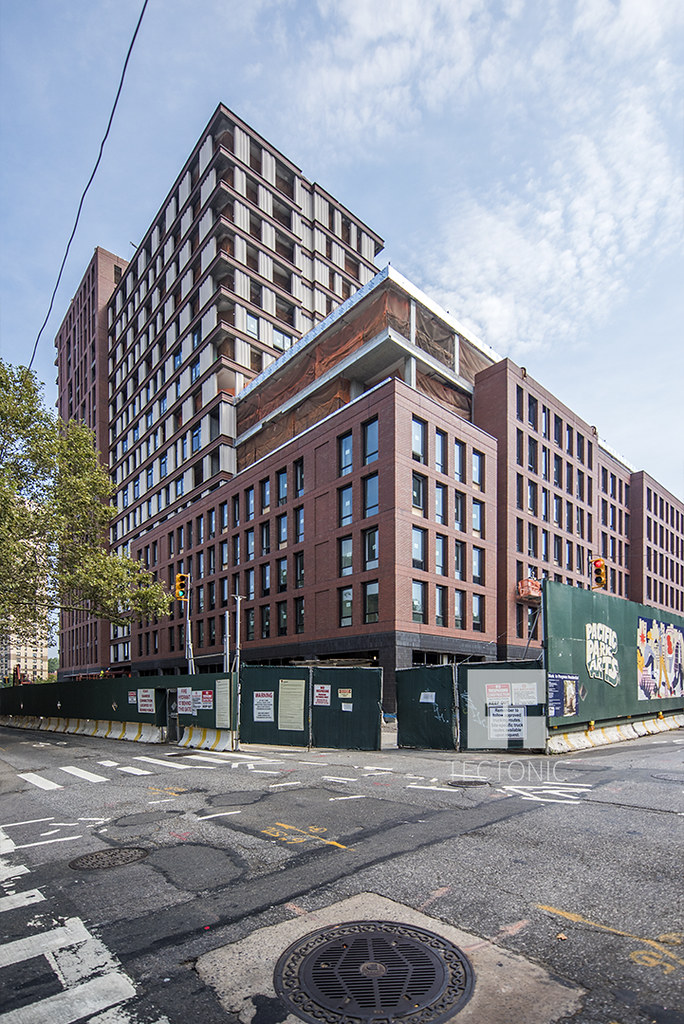