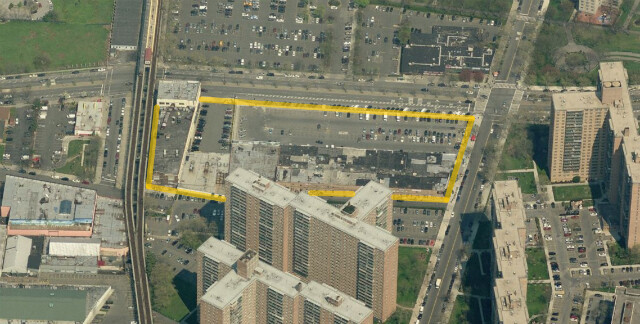 Southern Brooklyn is undergoing a veritable building boom. In addition to the small infill projects planned in Brighton Beach and Borough Park – two of the last remaining neighborhoods in the city where single-family homes can be redeveloped en masse – we saw a pair of permit filings late last year for bonafide skyscrapers in Sheepshead Bay and Bath Beach.

Now, comes a filing for an even taller building: an application was submitted today to construct a massive 40-story, 430-foot-tall tower in Coney Island, at 532 Neptune Avenue (also known as 2851 West 6th Street). The project would bring a small mall’s worth of new retail space to the neighborhood, topped by 544 new apartments. If built, it would be by far the tallest tower south of downtown Brooklyn.

The developer is listed as Cammeby’s International Group, led by Ruby Schron (but with Avi, his son, listed on the permit). SLCE, who’s also designing the Sheesphead Bay project developed by Muss and AvalonBay, is listed as the architect.

The project would be located in what is today the Trump Village Shopping Center, the anticipated closure of which set off alarm last year among senior citizens at Trump Village, which surrounds the site. It would sit just south of the Neptune Avenue F station right next to the elevated tracks, in the West Brighton section of Coney Island.

The low-rise strip retail center would be demolished to make way for the 40-story tower, as rumored, which would amass air rights from across the massive 212,000-square foot site in order to build the tower, which would clock in at a bit more than 690,000 square feet in size.

While the loss of the retail might be an imposition during construction, it would be more than replaced in the new project. The 120,000 square feet of existing retail would make way for a 162,000 square feet of new retail on the tower’s lower three floors, fronting on West 5th and West 6th streets as well as Neptune Avenue, along with nearly 16,000 square feet of community facility space, per the permit.

The main attraction, however, are the apartments. The project would bring 544 new housing units to the neighborhood – surely market-rate, and in one of the city’s most affordable areas. Spread across 514,000 square feet of space with 16 apartments on the fifth through 24th floors, and 14 each on the 25th through 39th, with mechanicals and a residential amenity space on the 40th. The apartment could go either rental or condo, or a combination of both, as with the Sheepshead Bay tower.

The garage, on the first through third floors, would contain space for 500 cars and 272 bicycles (at least according to the Schedule A; confusingly, the main permit application only indicates 109 parking spaces, which is below what is required by zoning by our count).

Cammeby’s closed on three of the four lots making up the site in early 2013, paying $25 million. The fourth site – the retail building abutting the Culver elevated lie – has not yet showing up in property records as having recently traded hands.

“I can’t give out any information,” repeated the woman who answered the phone at the number listed for the developer, increasingly annoyed at our questions.

Great Location…Right at the Train Line! Its Gonna Look GREAT!

Yeah it is. Funny thing is a NIMBY emailed me when I posted this a couple of hours later over at another site. She said its catastrophic for the community lol. Eh, they fail to realize where they live. Must be the dementia creeping up on them.

Wow! Its gonna be a huge prospect for neighborhood convenience, and will provide for Senior Citizens to have alternatives for community activities! 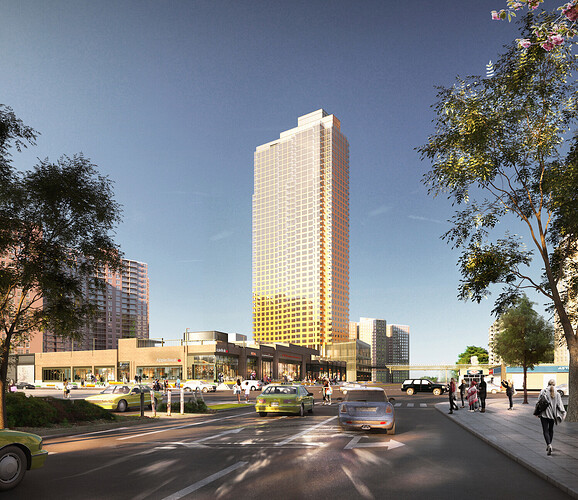 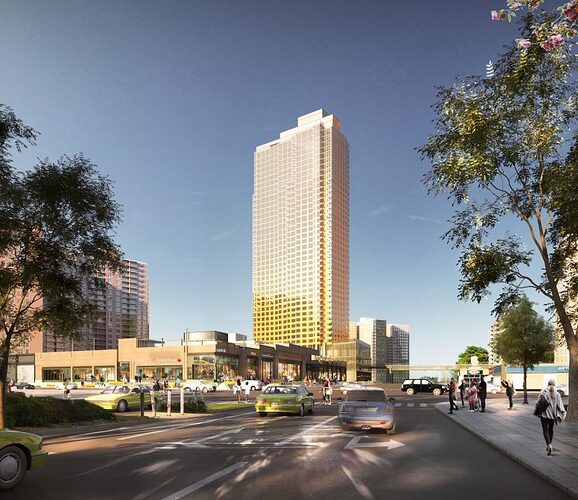 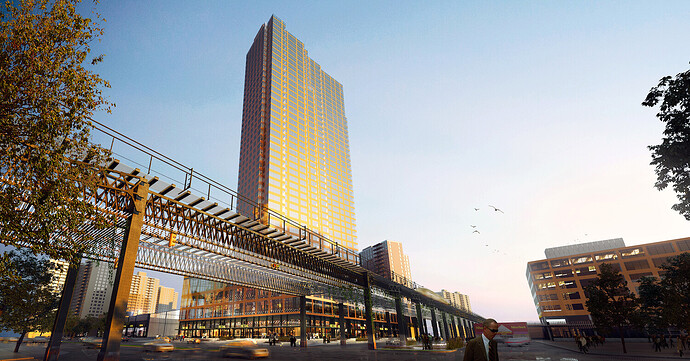 the base is nice, at least 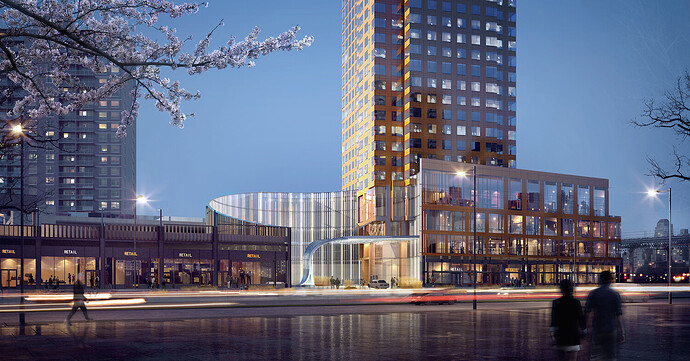 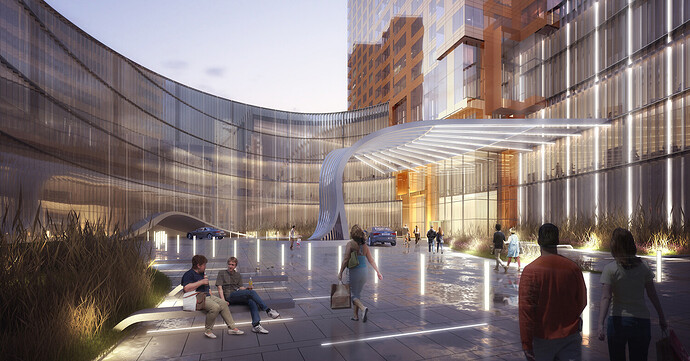 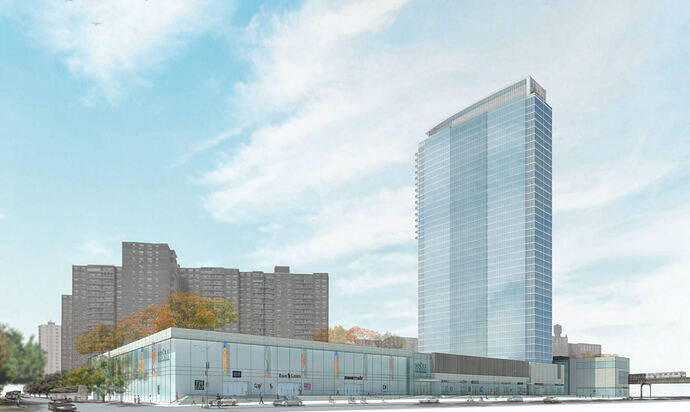 YIMBY has new renderings for a residential building at 532 Neptune Avenue, which will soon become the tallest building in Coney Island, Brooklyn. 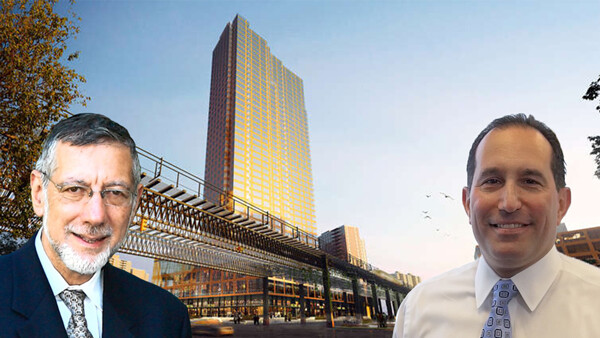 Cammeby's International Group has tapped Suffolk Construction to take on 532 Neptune Avenue, what will be Coney Island's tallest tower. Neptune/Sixth, 532 Neptune Avenue, Coney Island : Developers are placing their bets on Southern Brooklyn. The area, made up of the borough's southern waterfront communities, will soon see its tallest 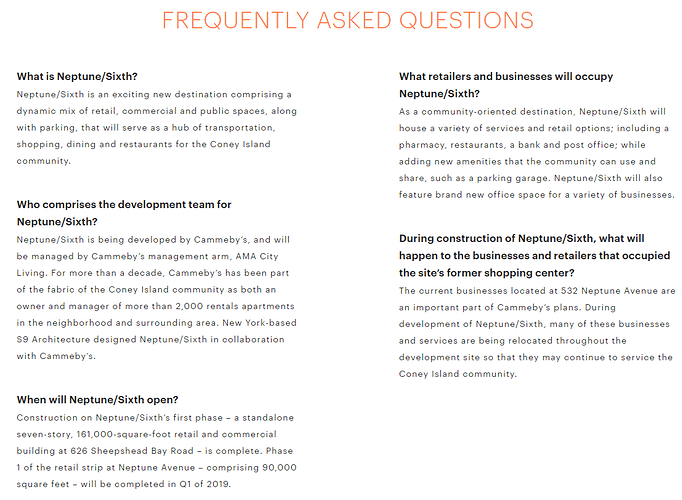 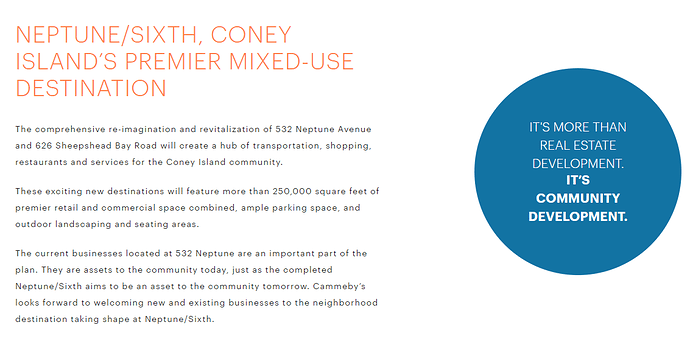 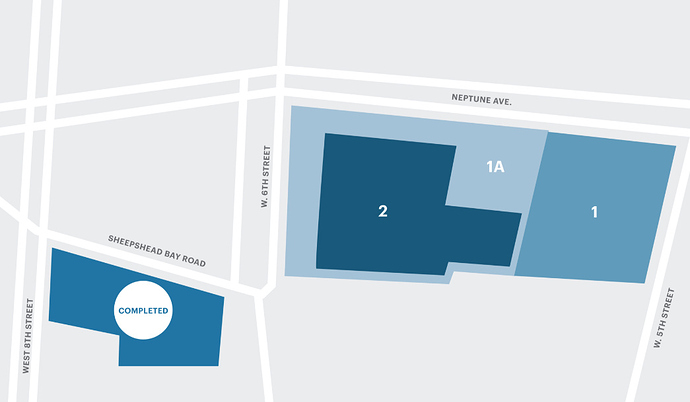 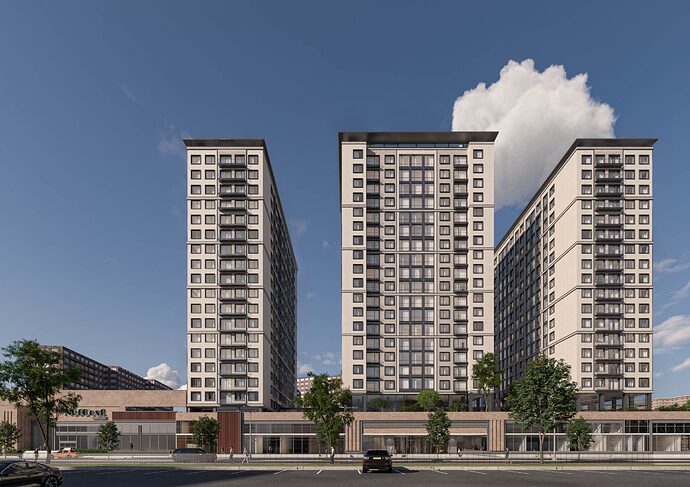 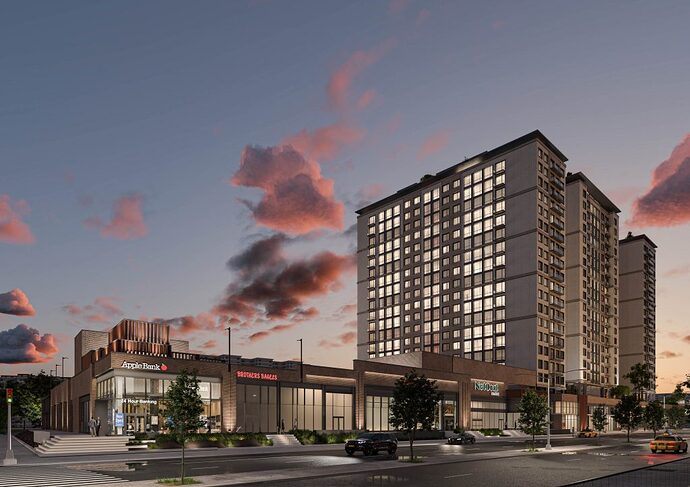 This new design is hideous. I hope this is just a temporary rendering and we will get something better.