The full-floor residences will have classic layouts, distinctive entertaining spaces and formal living and dining rooms, according to the official site. Every home features a master suite with two en-suite master baths and dressing rooms. Each master bath serves up killer views through bay windows.

…Sales are scheduled to begin in the first quarter of 2015. 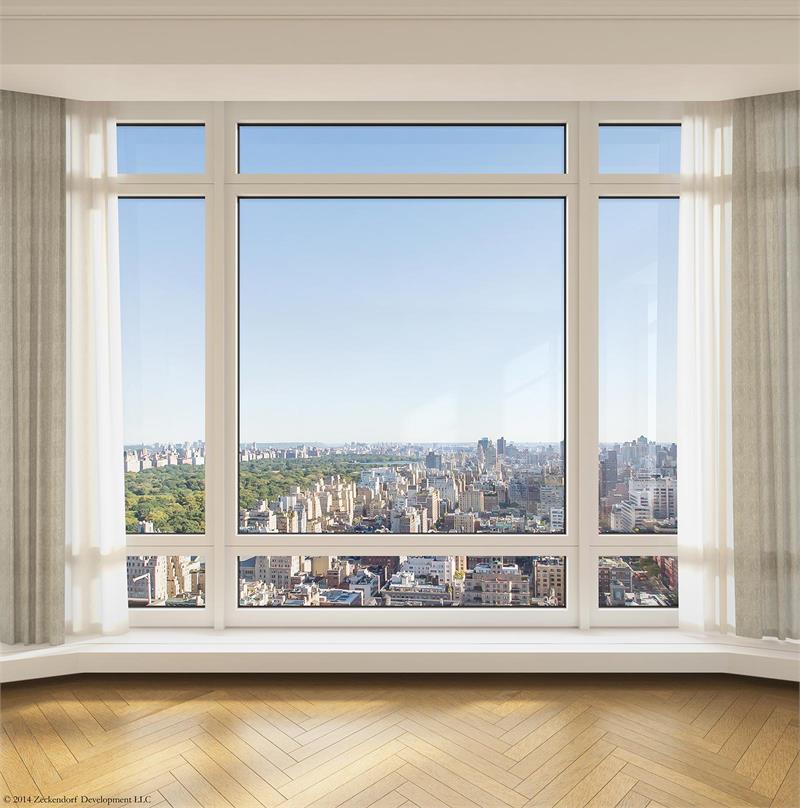 Rendering of the salon below, followed by images of the pool, lobby and exterior: 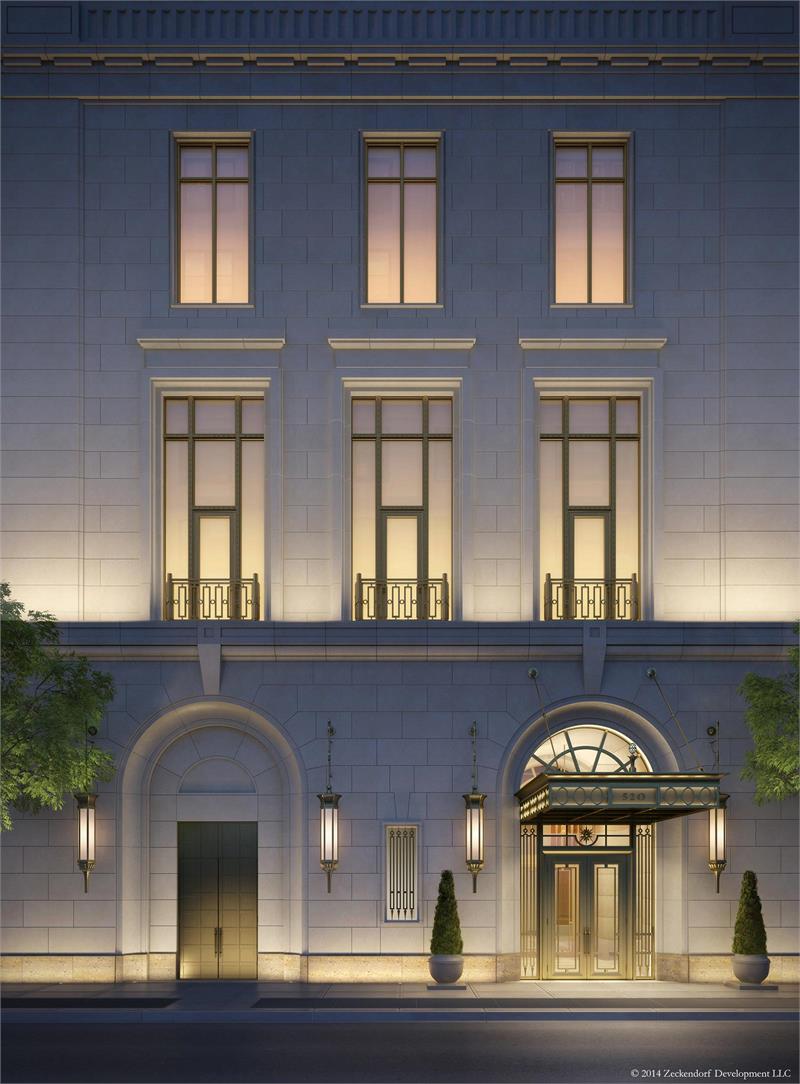 A Park Avenue Address, Not Exactly 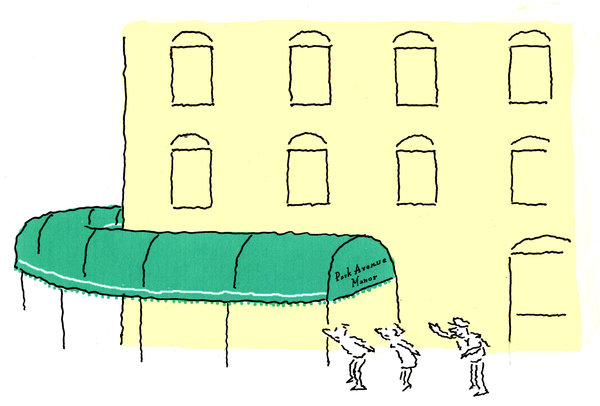 By rights, mail intended for future residents of a certain luxury condominium under construction on the Upper East Side should read “45 East 60th Street.” After all, the Grolier Club, which is right next door to the persistent din, is 47 East 60th Street.

Letter carriers, please take note. Thanks to the purchase of air rights from its neighbors, and an $11,000 processing fee, the 54-story limestone building will be known as 520 Park Avenue. Christ Church, which occupies the corner lot, until recently claimed that exact address.

Presumably, the house of worship had to junk a load of letterhead: Its new designation is 524 Park Avenue.

“Most of the great buildings on Park Avenue end in multiples of 10, like 480 Park Avenue, 510 Park and 740 Park Avenue, and the developers are following that tradition,” said a spokesman for those developers, William and Arthur Zeckendorf.

In the high-flying and logic-defying world that is New York City real estate, nothing succeeds like address.

“All things being equal, an apartment on Park Avenue or Fifth Avenue can have a premium of 5 to 10 percent, compared to the immediately adjacent crosstown streets,” said Jonathan J. Miller, the president of the appraisal firm Miller Samuel. Consequently, developers frequently appeal to the office of the Manhattan borough president for what is known in the trade as a vanity address. 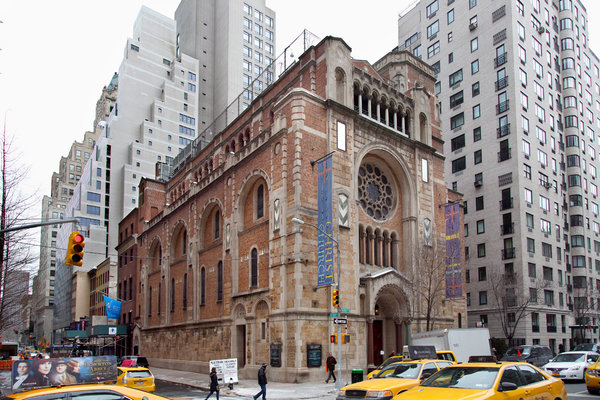 Christ Church until recently claimed the address 520 Park Avenue. Now, that address identifies the luxury condominium under construction behind it on East 60th Street. Credit Pablo Enriquez for The New York Times

As for buildings in less prestigious precincts, well, there are ways of burnishing their addresses, too.

Nearly two years ago, the Zeckendorfs laid out the case for a new address in a letter to Scott M. Stringer, who was then the Manhattan borough president.

“Because of its prominent massing, design and height, the building will be read as a visually distinctive addition to Park Avenue, rather than as a midblock building,” wrote the Zeckendorfs, whose portfolio includes 15 Central Park West, and who, along with the administrator of Christ Church, declined to be interviewed for this article. “Assigning the street address to the building therefore would not create confusion as to the building’s location given its prominent visibility on Park Avenue.”

For those in need of additional guidance, there will also be “a robust cantilevered canopy that will act as a beacon off Park Avenue,” the Zeckendorfs wrote, to say nothing of “an architecturally distinctive sidewalk incorporating a transition in color and texture from the existing concrete sidewalk along Park Avenue. This change in appearance will lead visitors to the new building from Park Avenue and provide yet another visual connection.”

In other words, follow the yellow brick road — because there won’t be an entrance to 520 Park Avenue on Park, since the building has no frontage on Park.

The Zeckendorfs wanted that 520 so badly that, in addition to the $30.383 million they paid for the air rights, they wrote Mr. Stringer that in return for “an irrevocable license to use its Park Avenue address,” Zeckendorf Development would “ensure vital ongoing financial support for the church.” 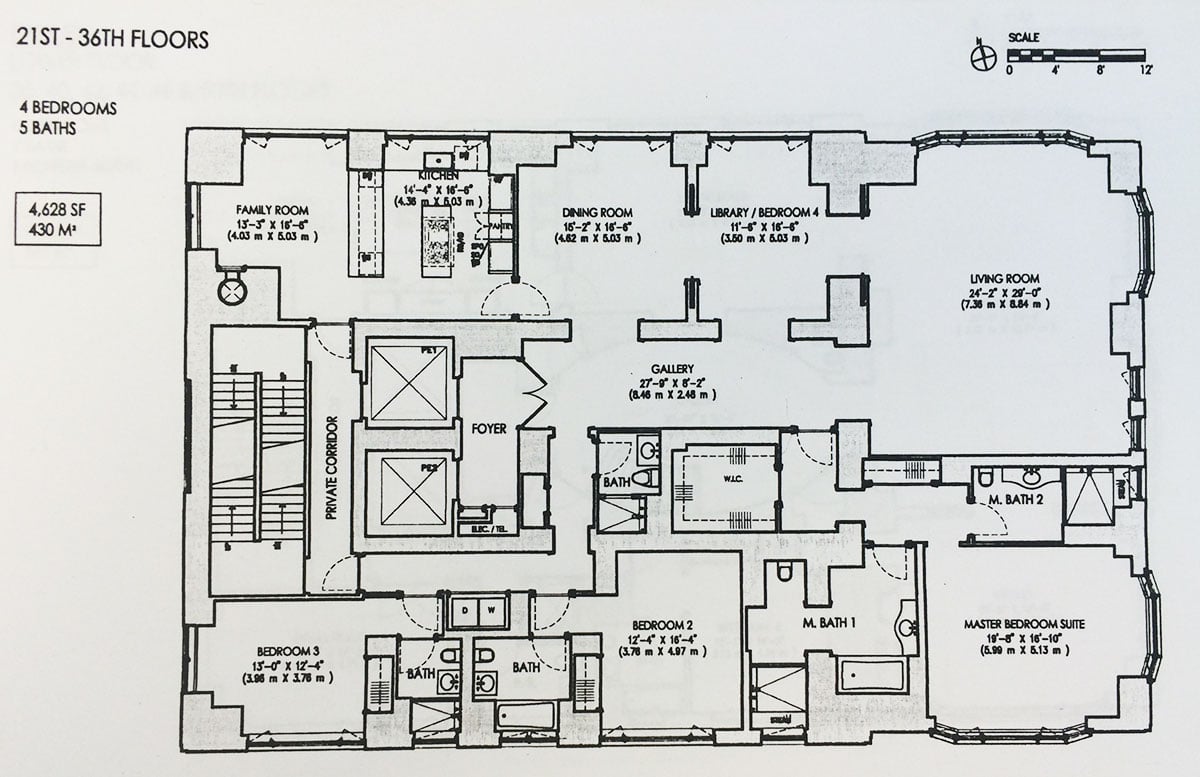 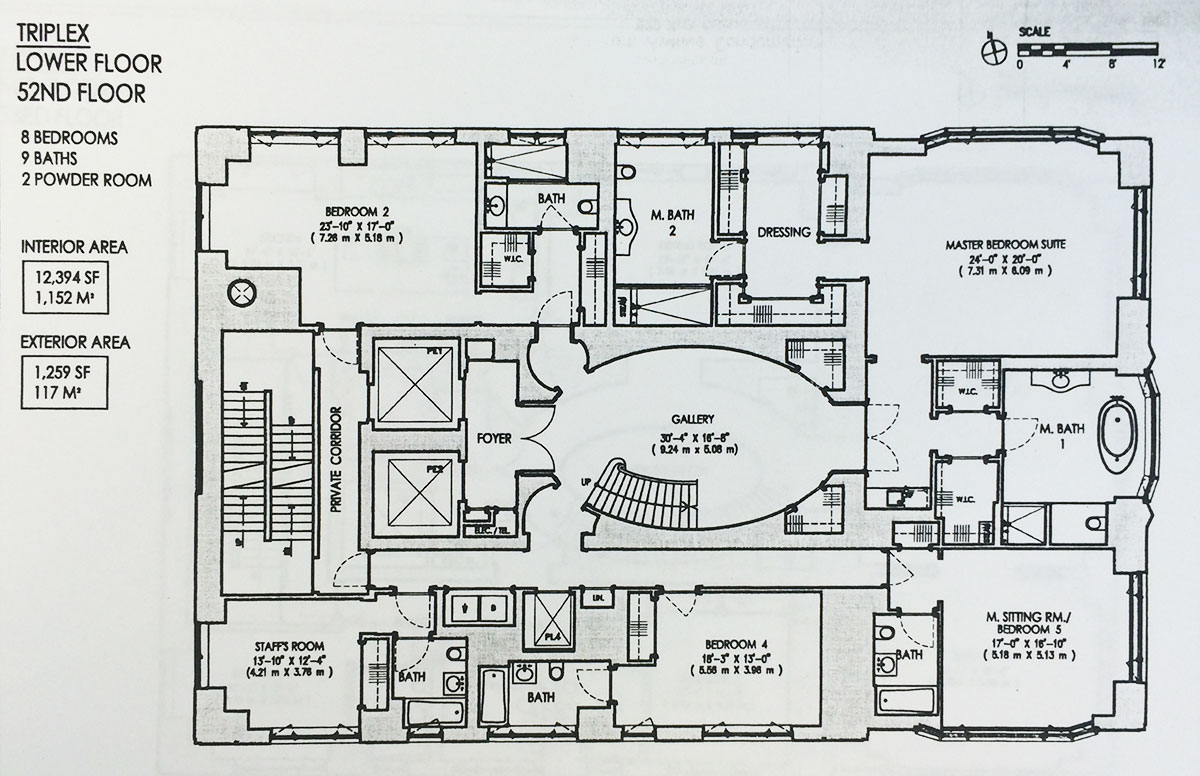 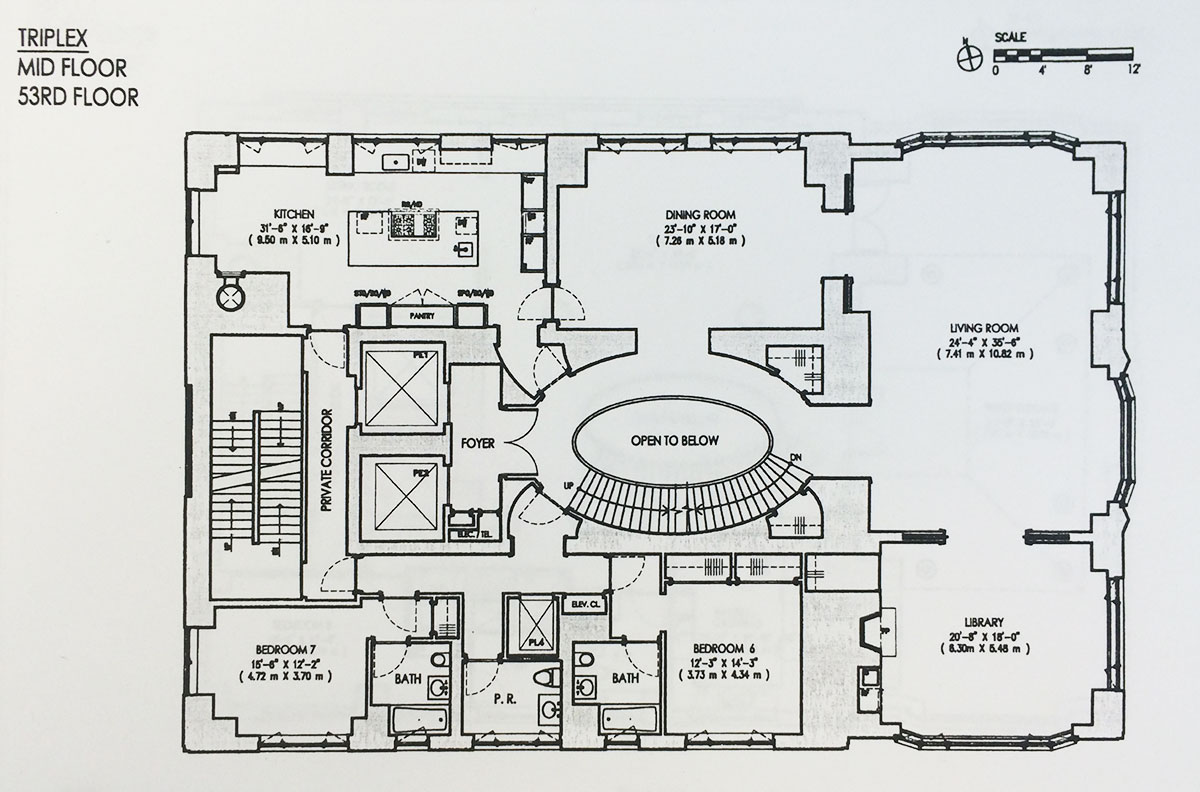 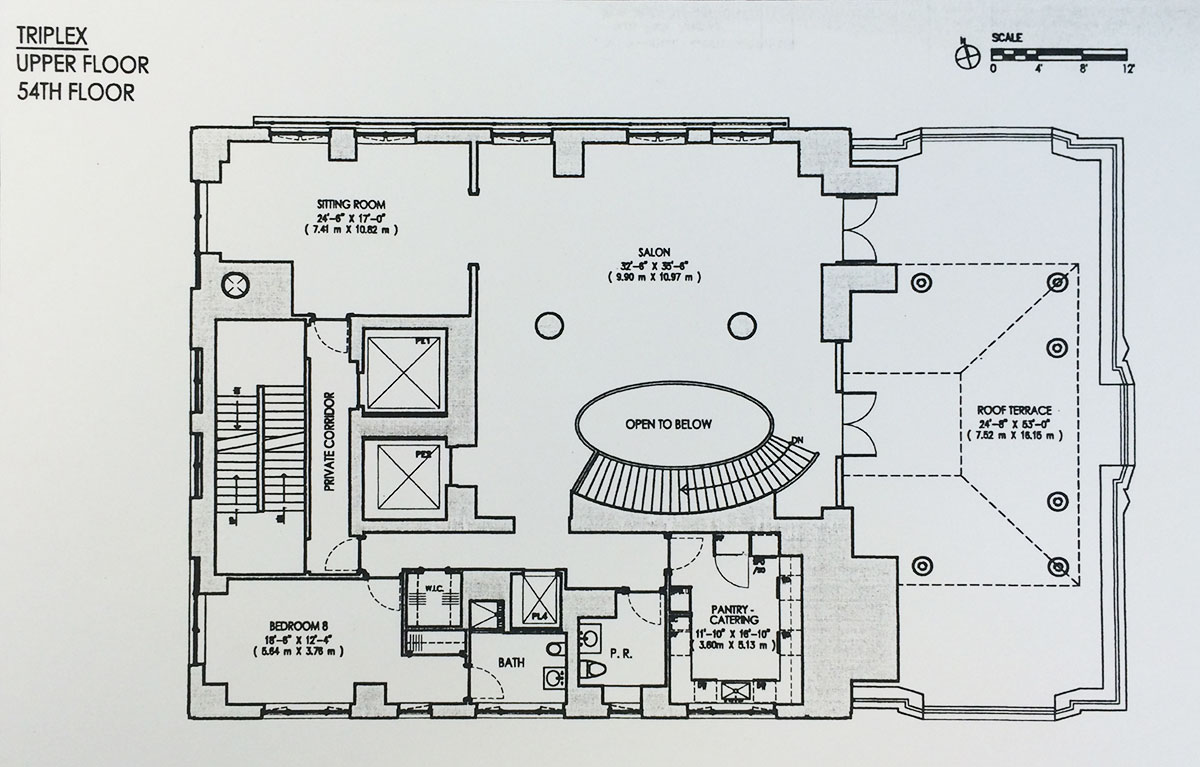 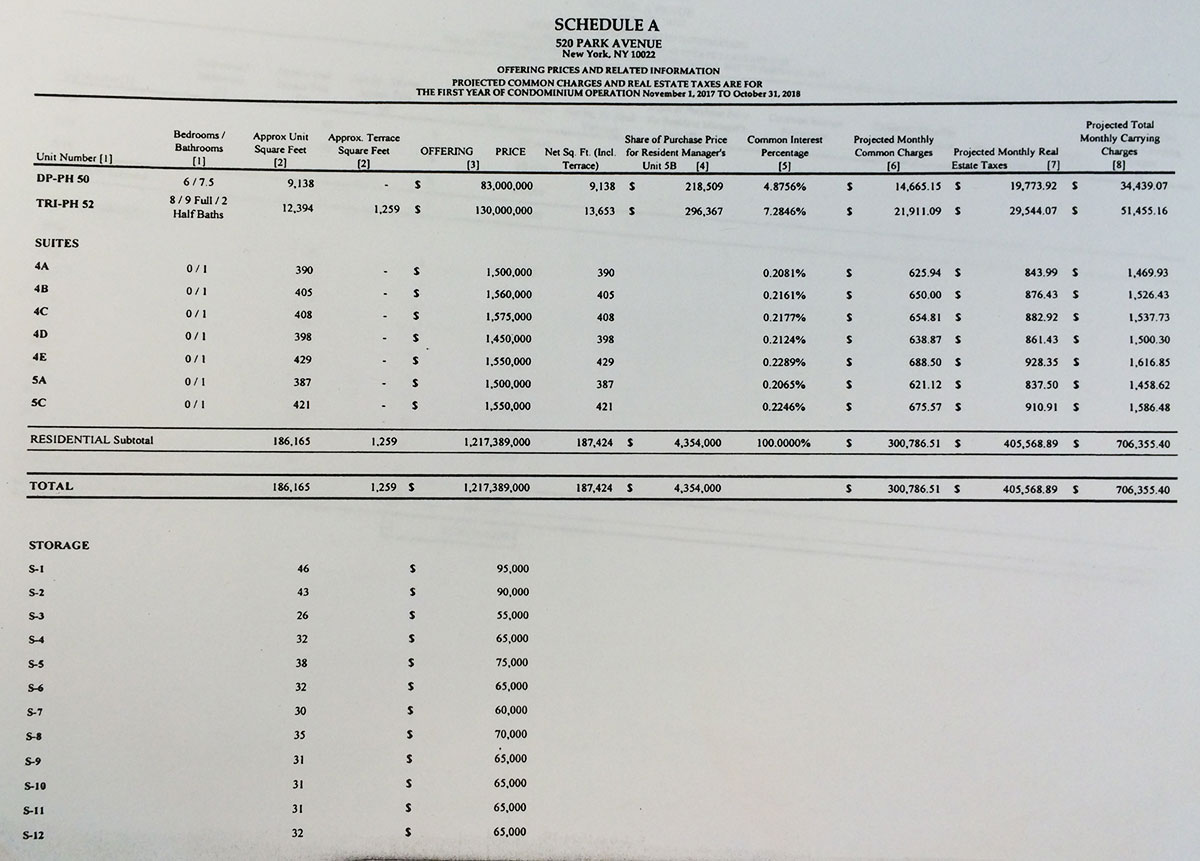 520 Park Avenue Struts Onto the Market With $70M Penthouse

The location (next to these dilapidated eyesores) sucks.

They need to develop those surrounding structures. Fill in the canyon even more.

I agree, Chris. I’m sure they will. One corporation owns all of them.

Amazing. Great tower. Literally “the tower” because its that good.

Rising. Up to the roof level of the adjacent buildings. 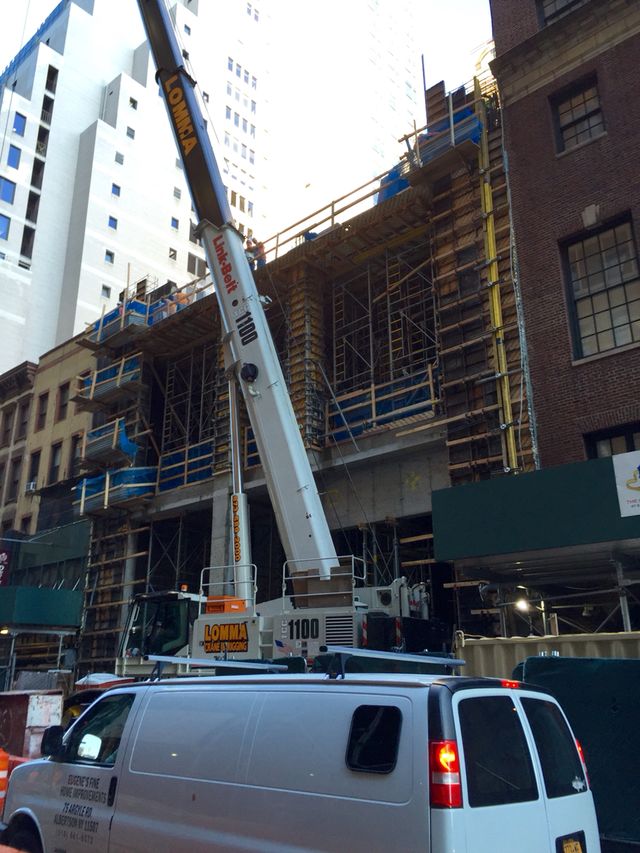 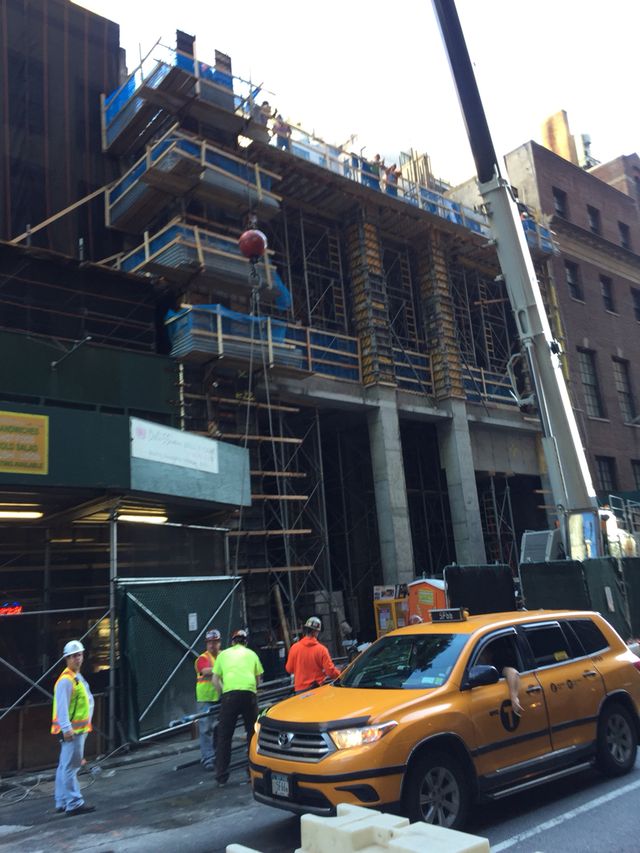 Nice! And now the tower is to rise above

These eyesores really detract from this tower.