The Court Square area’s most built-out street, Crescent Street, is about to get another piece of infill: Architects Studio filed permits this morning for an eight-story building at 42-44 Crescent Street.

The site sits a block and a half south of the Queensboro Bridge, right above its elevated approach road. The building marks the southward creep of development along Crescent Street, which has emerged as the first street in rezoned Long Island City to have some semblance of a street wall, hinting at what the rest of the neighborhood will look like once it’s fully built out. 42-44 Crescent Street will soon be joined by No. 42-12, which YIMBY revealed two weeks ago.

The permit is for a 15,338-square-foot building of eight stories and 92 feet – modest in total size, but dense for a 25-foot-wide lot. It will include 12 condos, according to the developer, spread over 10,435 square feet of net residential space. The building will also feature a ground-level retail bay measuring 2,060 square feet, much like the buildings on Crescent north of the Queensboro. No streetscape-marring off-street parking will be included in the project.

Maspeth-based Architects Studio is a spin-off of T.F. Cusanelli headed by Anthony and Angelo Ng. The project’s developer is Andy Ho, based in Flushing.

From a year ago. 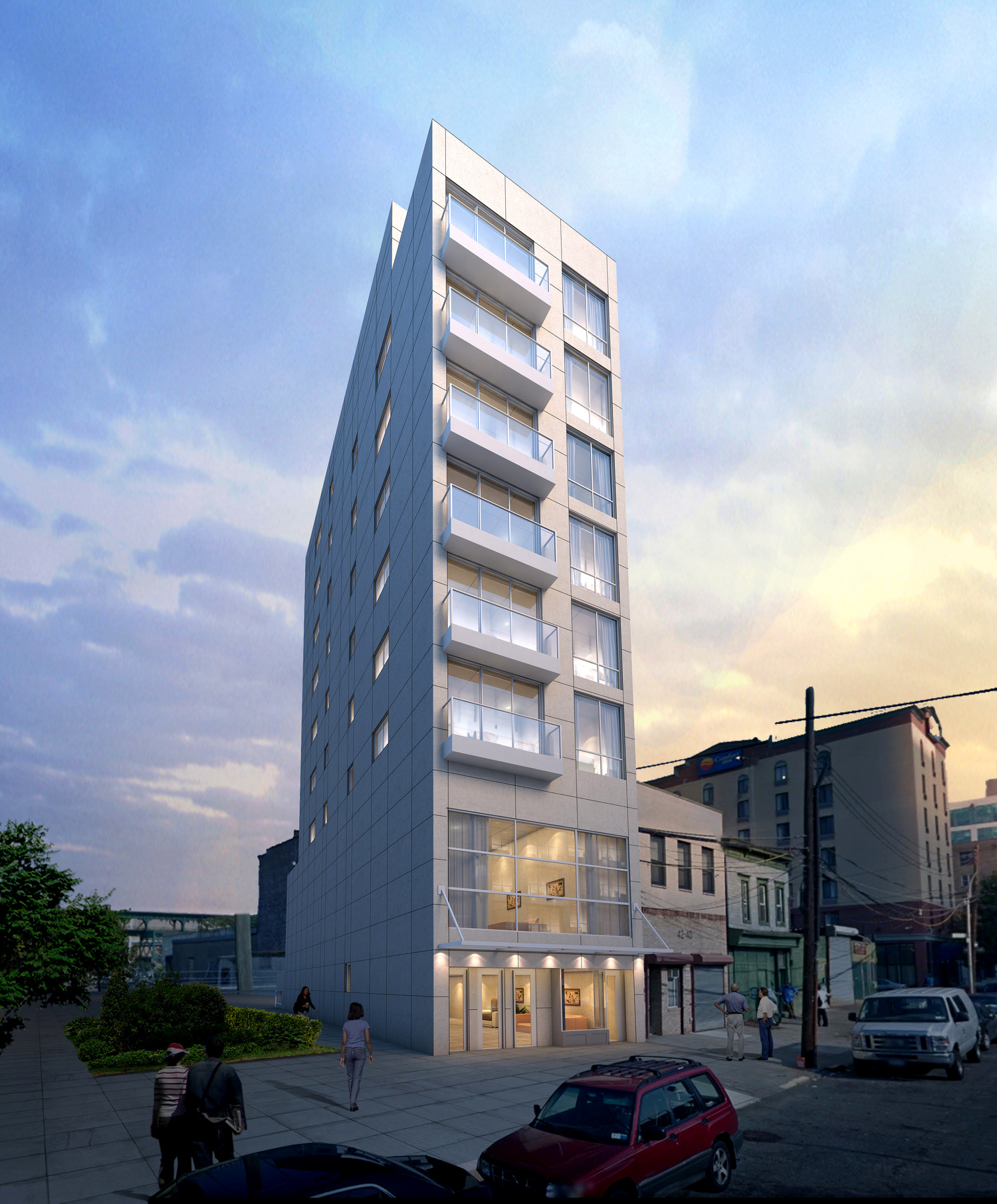 YIMBY has a rendering for an eight-story, mixed-use condo project at 42-44 Crescent Street in Long Island City, Queens. The last time we stopped by 42-44 Crescent Street was in February of 2016, when excavation had started and a rendering had appeared. It looks like progress has stalled on the site when we stopped b…