Pace University’s new dormitory at 33 Beekman Street has rapidly risen, enhancing a formerly barren corner of the Financial District. The project’s developer is The Naftali Group, and the architect of record is Gene Kaufman.

The building’s scope has seen a slight increase, with permits now indicating the structure will stand 34 stories and 340 feet tall. With the extra floor, the number of dwelling units have been increased to 385, up from 378 as of the previous update.

Construction has made quick progress, and the structure appears to be closing in on topping-out. Glass is now being installed near street level, though the actual facade is missing. With the 870-foot Beekman Tower directly across the street, the additional density will go unnoticed on the skyline, though the impact of 33 Beekman on the street-level will be beneficial, given it will house students.

Several under-utilized sites are nearby, and while the scope of 33 Beekman is relatively minor, the tower will hopefully provide an impetus for additional nearby development.

A partial stop-work order has been placed on the property, but construction should resume shortly, and 33 Beekman Street is expected to be completed in 2015. 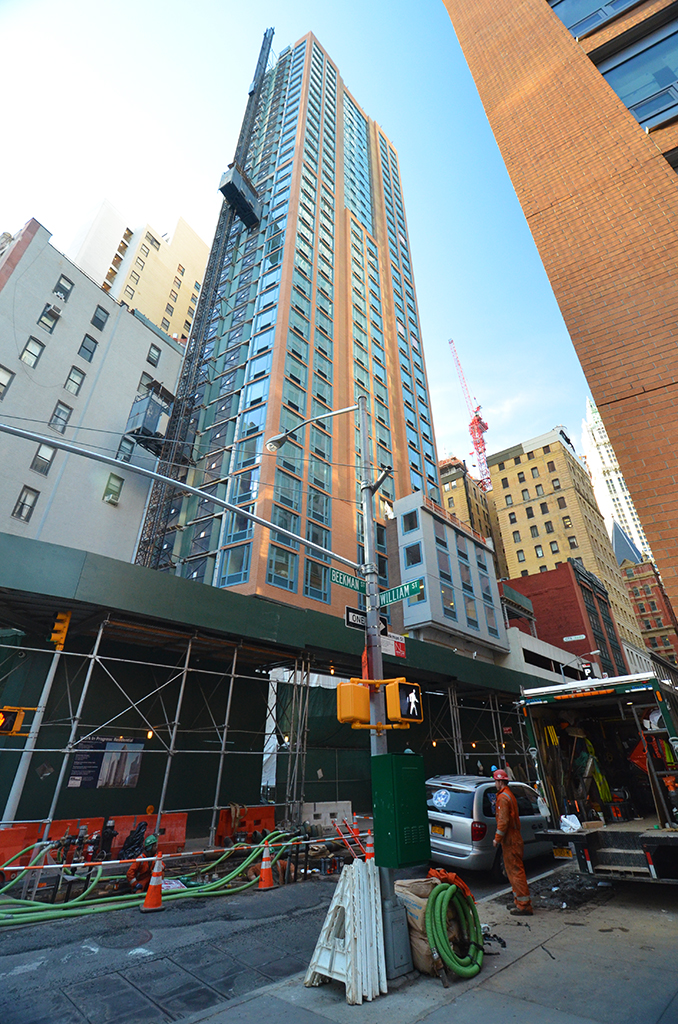