Does anyone know if there are construction plans for the buildings that were recently demolished on the southwest corner of 83rd and 2nd in Manhattan?

Yes, it will be a residential development. There were renderings in one of the local real estate publications, and it’s a handsome, prewar-looking tower, I believe. Not sure if was a Stern design, but something of that ilk. 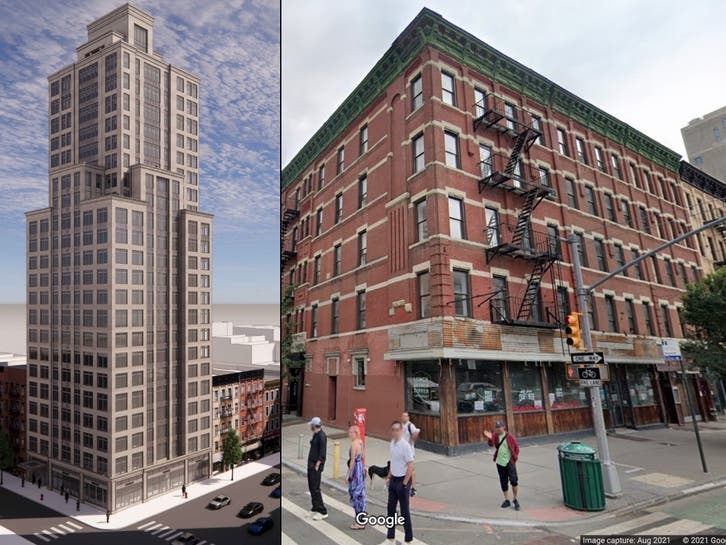 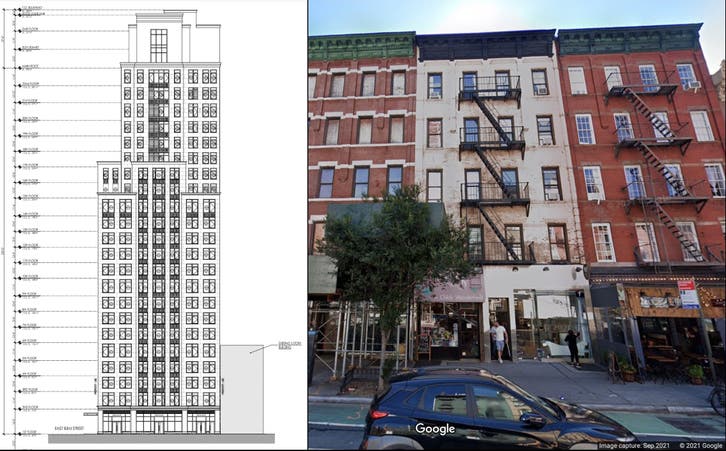 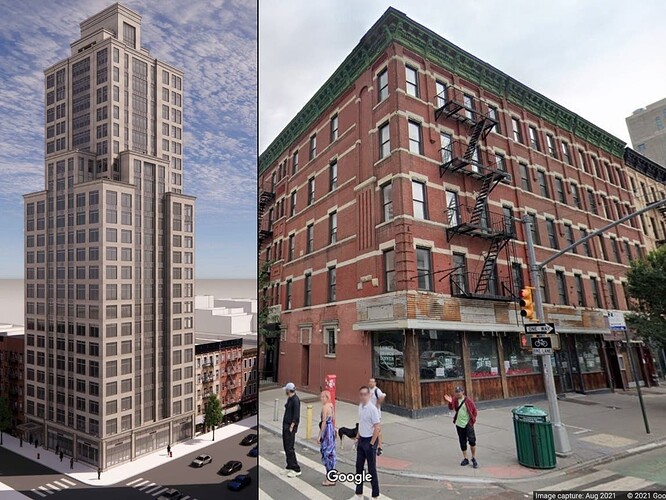 A developer hopes to demolish three 2nd Avenue buildings to construct a 22-story apartment tower. A next-door owner is standing in the way. 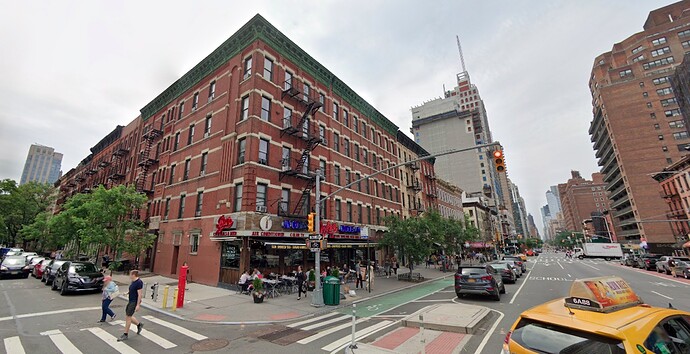 YIMBY has the latest permits filed for a 22-story residential building at 300 East 83rd Street on the Upper East Side of Manhattan.

Well, everything new in Yorkville looks pretty good, taking into an account that almost everything already there looks crap,tbh.

If it looks like that it’ll be overshadowed by the Beckford buildings and Stern’s 200 E 83rd. 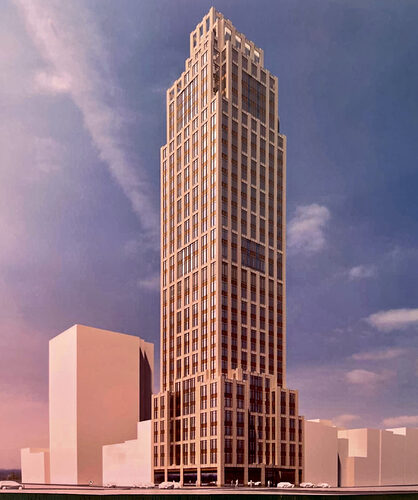 Excavation is progressing at 250-252 East 83rd Street, site of a 22-story, 106-unit project designed by SLCE Architects in Yorkville, Upper East Side. 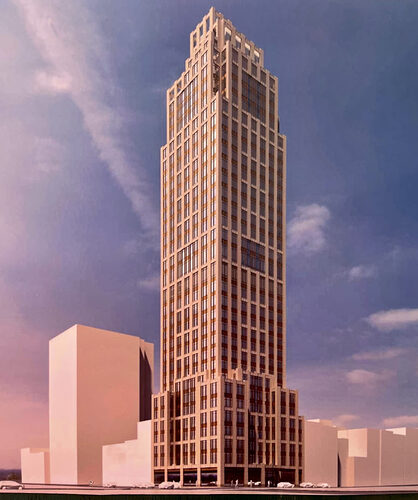 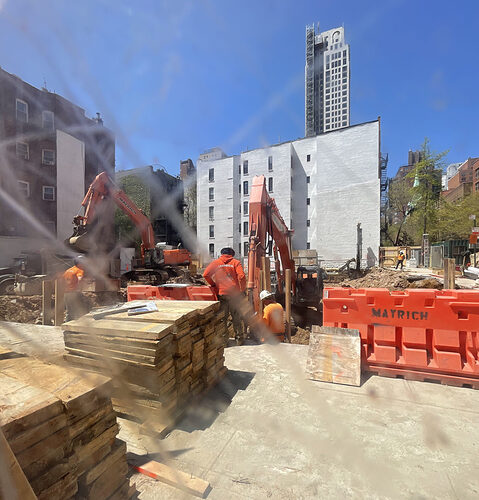 YIMBY has the latest permits filed for a 22-story residential building at 300 East 83rd Street on the Upper East Side of Manhattan.

Well on its way. 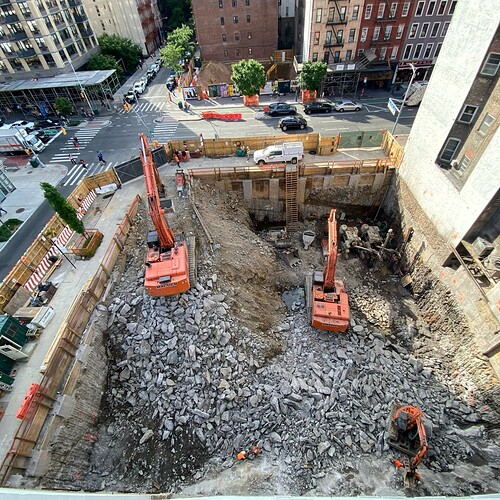 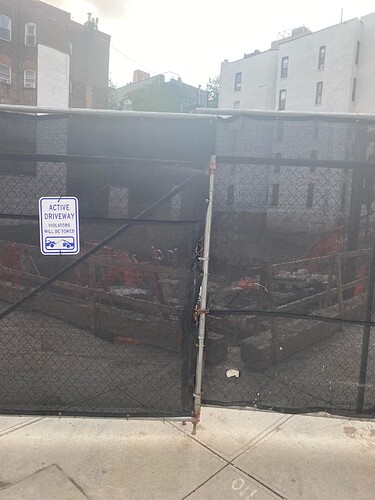 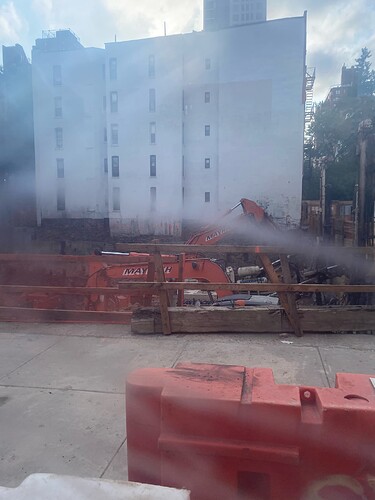 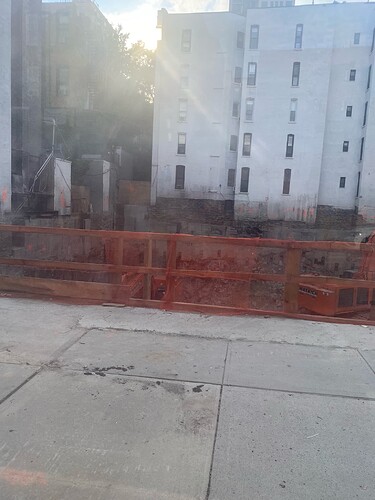 are there two lots here (250 & 300)? This is the third rendering i’ve come across. The smaller buildings rendered are more consistent with the floor count. The one in the YIMBY article above seems too tall. 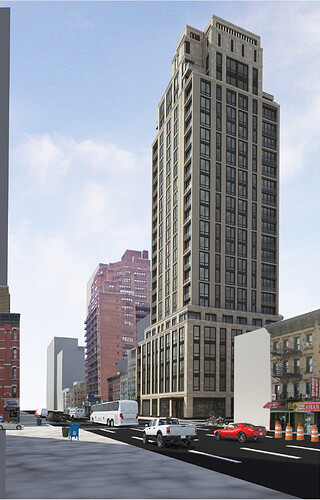 These luxury buildings are going fast, but they do not represent the only opportunities to purchase in the area. Far from it–down the street from 200 East 83rd Street, construction recently commenced on what will be a 23-story tower at 250 East 83rd Street. Renderings depict an Art Deco-inspired tower with multiple setbacks and a light-colored facade; upon completion, it will house 106 residential units on top of commercial space. Torkian Group is the developer, and SLCE Architects is listed as the designer of record.

Demolition permits for the four-story building previously on-site were filed in March 2019; in addition to apartments on top, it housed Italian restaurant Erminia. Erminia was named one of America’s most romantic restaurants by OpenTable in February 2018, but closed in the wake of the pandemic and has not announced plans to open elsewhere. As Upper East Side condo prices reach all-time high, next generation of...

310 East 86th Street & 250 East 83rd Street : Following the success of their downtown projects (The Flynn in Chelsea, 15 Renwick Street in Soho, and 93 Worth Street in Tribeca), developer Izaki

Across Second Avneue, Lalezarian Group is at the helm of a new project at 300 East 83rd Street with SLCE Architects as the designer of record. Lalezarian sued the owner of a neighboring building in September 2021, saying their inability to access it was holding up their project, but evidently prevailed—construction is now underway. Renderings depict a 22-story building towering over its low-rise neighbors and sporting a tasteful facade. It is not known yet whether the 70 units will be condos or rentals; the average apartment size of 1,203 square feet is indicative of condos, but an offering plan has not been filed yet, if at all. 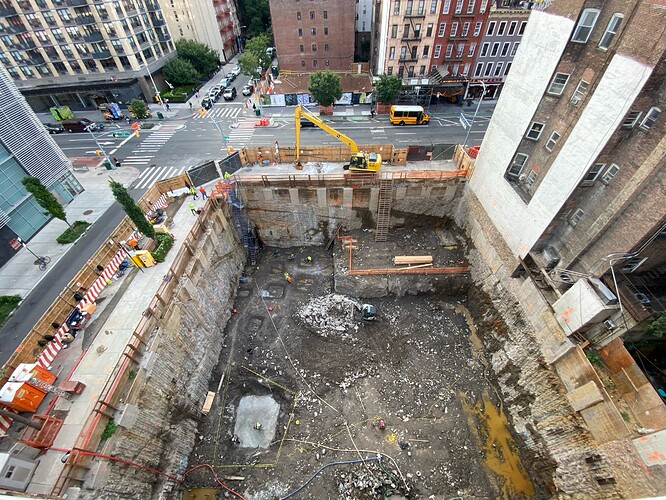 This is a really helpful forum - thanks to all that have contributed. With two building sites, it is a bit of a nightmare around there. At least they have stopped breaking ground at the adjacent site across second avenue.

Does anyone know where to find the the heights of the buildings around this. My colleague lives on the other side of East 83rd in a 32 story 1960s rental building - 303 E 83rd Street. Will this new development, albeit shown as being 23 floors, in fact be taller than 303? Thank you if anyone can find the height of these buildings!

We’ll have to wait for the official plan. The DOB bin reference.

Also on a side note, thanks for joining! @DJ03 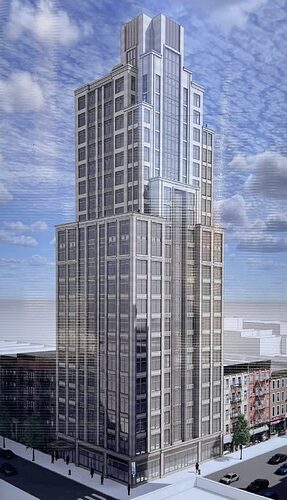 Excavation is underway at 300 East 83rd Street, site of a 22-story, 70-unit project from SLCE Architects and Lalezarian Group on the Upper East Side.