Ekstein Development’s 86-unit residential project in Long Island City is on the move, now that permits have come in.

The nine-story project at 25-19 43rd Avenue in Long Island City will rise 99 feet and measure about 68,145 square feet. The residences will be condominiums. On-site amenities are to include parking for 17 cars, bicycle storage and a resident lounge. Demolition has wrapped up at Ekstein Development’s project at 25-19 43rd Avenue. Crews demolished a former union headquarters, and several two-story residences to clear the way for a 68,145 square foot residential build (5.00 FAR). As you can see in the photos below, those buildings are completely gone. An aerial view of the construction site

This has nearly topped out, according to the Court Square blog. 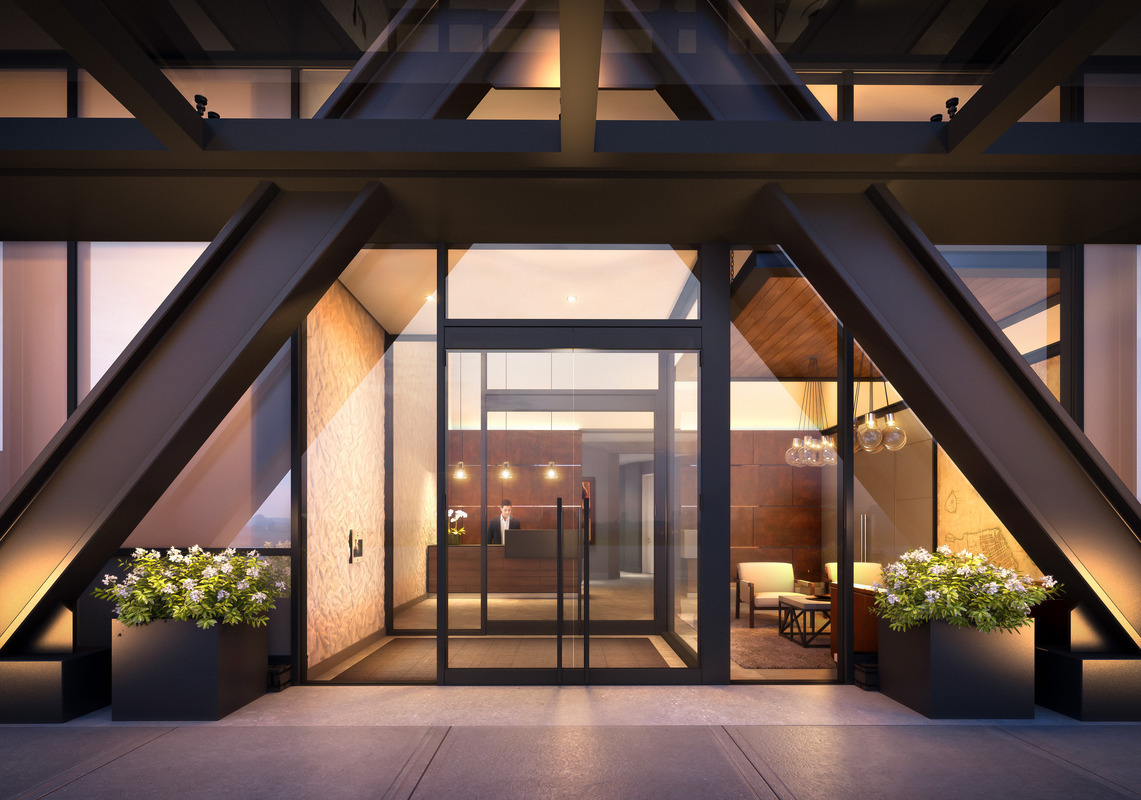 This one seems to be going so slow the last few months.

The building will be very boring but that streetscape/ground floor facade/entryway looks great in that render above.

Scaffolding and brick facade going up The last time we checked in on The Dutch at 25-19 43rd Avenue was in January, when construction crews had taken down scaffolding on the east side of the building.[1. Facade work begins at ‘Th… Solid additions. Majority of construction is in the form of low rises such as these. Tons of them too. Moved to complete.