It’s really going to be 2 supertalls. One will be 748 feet and the other will be 798 feet. They are classified as one because they are both part of the same new superstructure that is going up.

Technically 4 but essentially 5 with One Manhattan Square

Wrong thread, that article is about this project:

[image] L+M Development Partners and the CIM Group are unveiling plans tonight for a new project at 260 South St. that will add more than one-million square feet of residential and commercial space in the Two Bridges neighborhood. The development team outlined the proposal for two towers, the tallest measuring nearly 800 feet, in an interview with The Lo-Down earlier this week. They briefed local residents in a neighboring complex, which the developers also o…

There are four projects with a total of five towers proposed or completed in Two Bridges. By order of height:

Permits Filed: 250 South Street BY: NIKOLAI FEDAK ON APRIL 28TH 2014 AT 6:00 AM 250 South Street, existing Pathmark; image via Google Maps The first permits are up for Extell’s new development at 250 South Street, which also has an address at 227 Cherry Street; the building will replace a Pathmark supermarket on an under-utilized lot. Adamson Associates is listed as the architect of record. 250 South Street will become one of the largest residential towers in Lower Manhattan, measuring a…

271 South Street–724 feet, 62 floors, Proposed. Developers: Starrett Corporation Architects: Perkins Eastman (This site is for sale and plans are not set in stone)

LES Could Be Getting Two More Gigantic Residential Towers At 271-283 South Street, developer Starrett Corp. is planning a 60-story building with 740 apartments, with some affordable units, as Starrett plans to participate in the mayor’s Inclusionary Housing program. These towers will be in addition to the currently under-construction, 80-story tower, One Manhattan Square, that’s being developed by Extell, and a 77-story tower being developed by JDS.

And local residents are ri…

Hopefully we see a lot more! Not only around this bridge but the other one as well! Speaking of both bridges need renovation, maybe the city should make a deal where the devs help pay for the reno and they get extra air rights?

NYguy:
I like that SHoP keeps this in the renderings. You usually don’t get that. 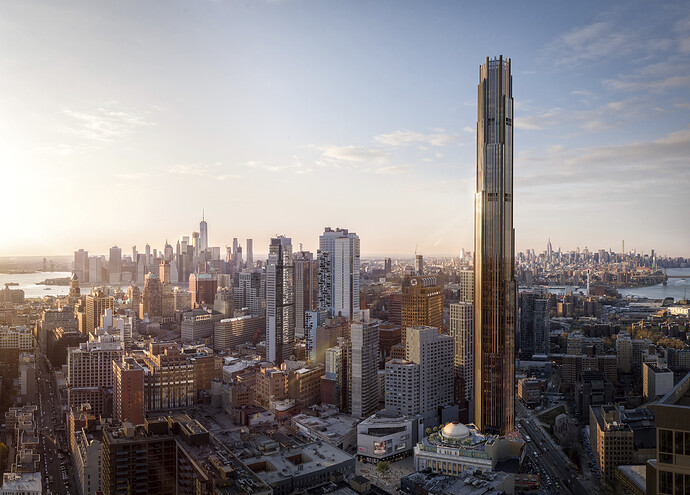 It looks nice. I know it’s just distance warping but it does look (from this direction and location) really nice at that height when compared with downtown and especially 1 WTC. Hopefully we see more height on both sides of the river, for both of the Major bridges right there. The future Two Bridges skyline moves forward with over 3,000 new rentals in...

One Manhattan Square, 252 South Street & Idylls, 193 Henry Street : The Two Bridges neighborhood, named for its location between the Manhattan and Brooklyn bridges, is commonly defined as stretching from the East

I especially love these proposals. They add needed density in an area of the city that needs it, and present an informal second phase of the improvement of this area, while softening some of the harsh lines of the first phase towers. These will represent the Battery Park City phase of the Two Bridges neighborhood.

First Proposal, one new tower 38 stories in height at the Laguardia Houses. 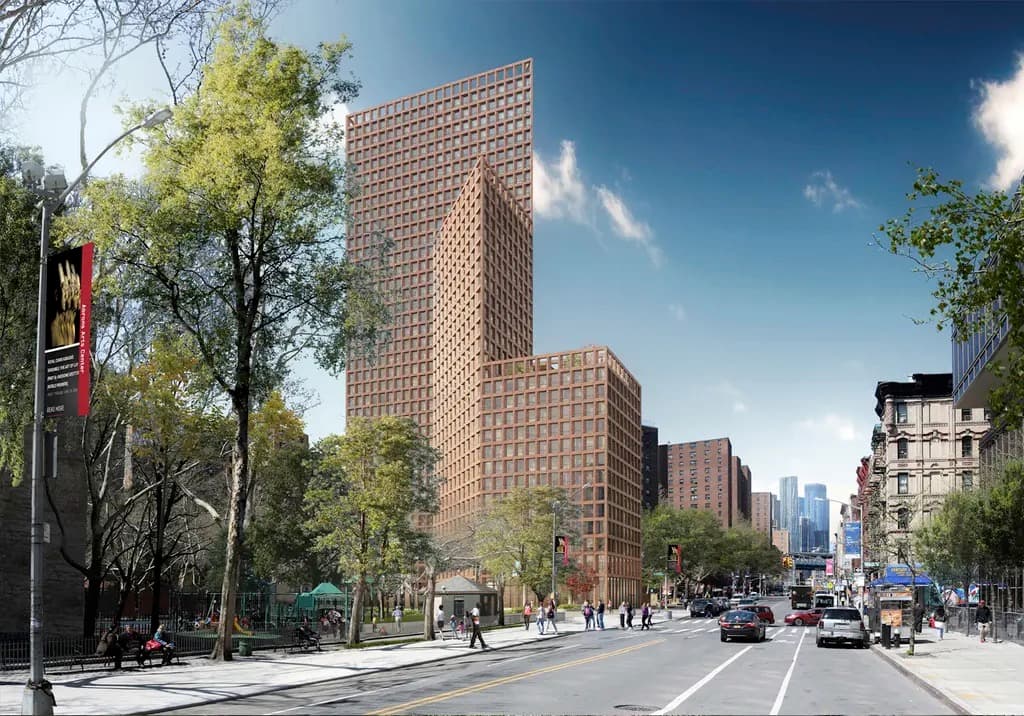 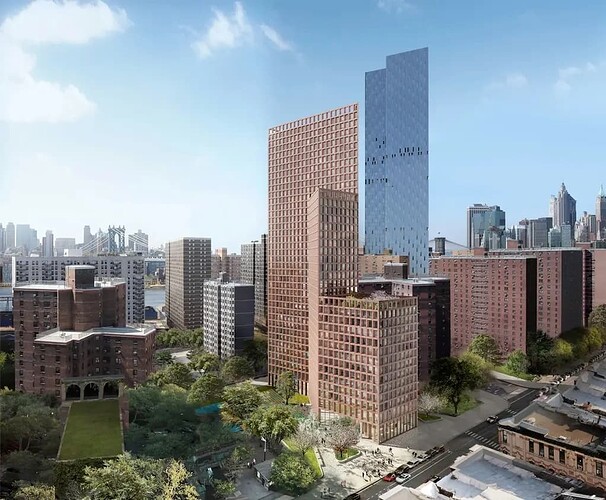 Second Proposal, with three towers roughly 35-40 stories in height at the Smith Houses. 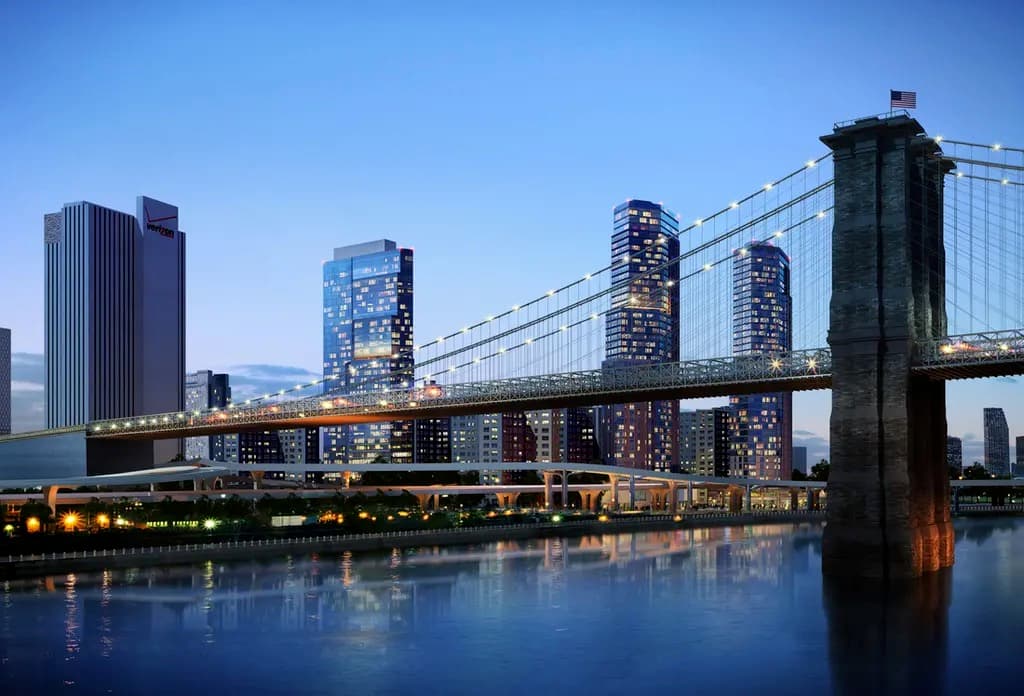 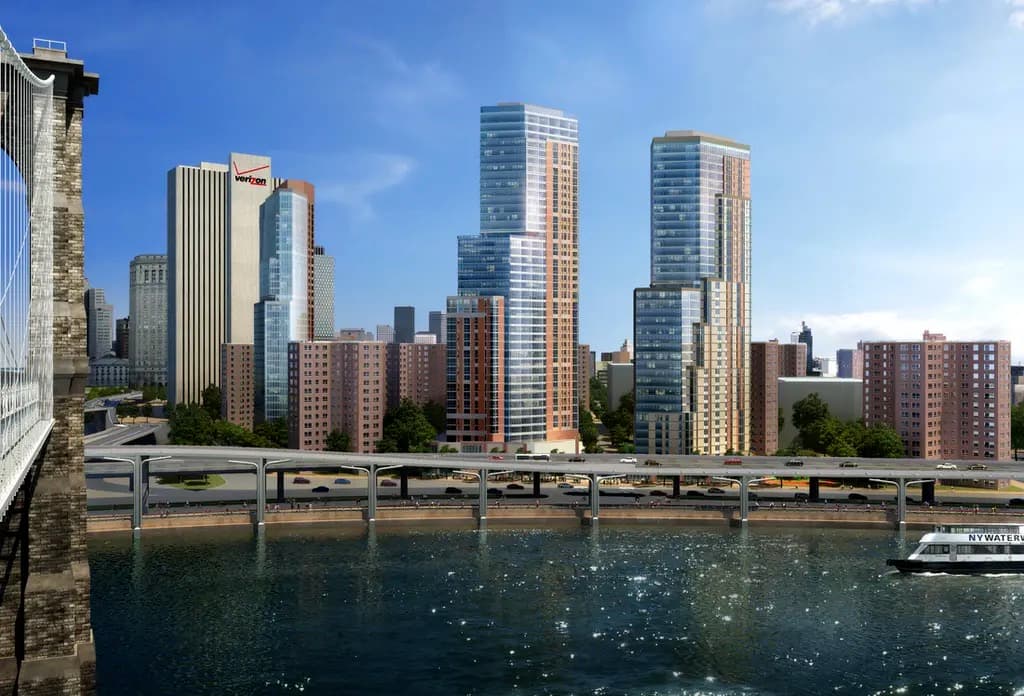 Some more photos of the new tower at Laguardia Houses, this time focusing on the ground floor. 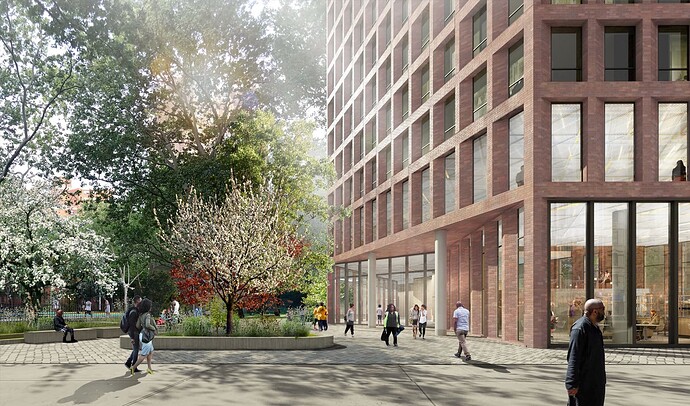 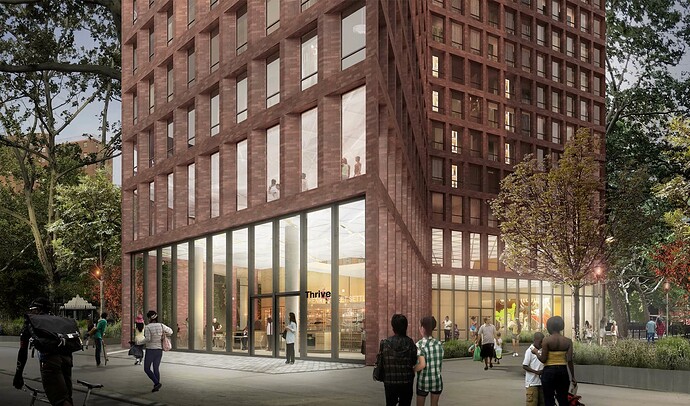 Are these real projects?

Hmmm I don’t think so, they’re just infills to show what can built in the area (LaGuardia housing in the LES). In fact, it’s stalled. But considering the upcoming projects in the waterfront area, I’m sure these will come to fruition. 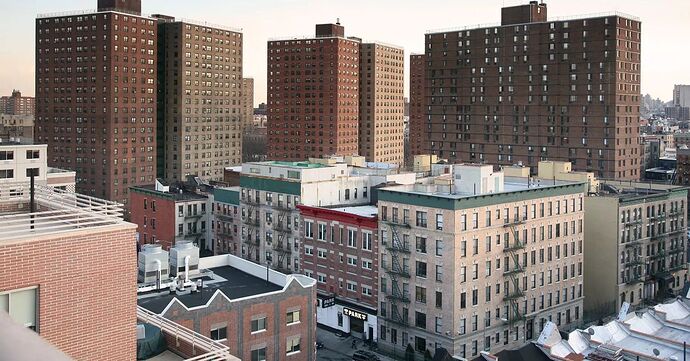 The authority’s infill program is facing an uphill battle, says a new report.

This is the page from the designer/architect of the first project.

Finally found an article pertaining to the new proposed towers at the Smith Houses. 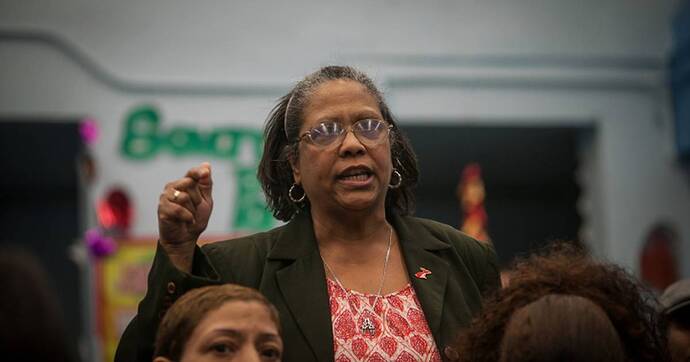 High and mighty NYCHA: Luxury towers on leased land would 'look down' on...

THE CITY Housing Authority’s plan to lease public land for luxury housing gives new meaning to the phrase “looking down on the poor.” Without fanfare, NYCHA quietly released drawings for the first time Tuesday revealing the size and scope of the huge...

What’s interesting is that there wasn’t big projects here before. You would assume the bridges area would be a hot spot for development. Oh well.

This project could be interesting. I wonder if more supertalls will pop up nearby?

It will likely be more context and filler in the area, but I could see a couple more standouts in the area as well. Anything to visually connect/tie in this area with the financial district and I am good!

Is there anything major proposed closer to the Manhattan Bridge?