YIMBY has the reveal for yet another new hotel coming to Midtown Manhattan, this one at 23 East 39th Street, between Fifth and Madison avenues. Gene Kaufman is the architect of record, and the developer is Scott-Lawrence.

Permits for the building went up this morning, and indicate the tower will stand 27 stories and 250 feet tall. The zoning floor area is 32,871 square feet, which will be split between 98 hotel rooms. That pencils out to just over 300 square feet per room, which actually isn’t tiny compared to some of the new pod hotels like 400 Times Square.

Kaufman’s latest commission is on the northeastern edge of the neighborhoods most prone to the ongoing budget hotel boom. The project follows the austere and budget-oriented aesthetic enabled by the site’s outdated C5-3 commercial zoning, and will feature a simple brick facade interspersed with large windows and small balconies on upper levels.

23 East 39th Street’s narrow width, clocking in at a slender 25 feet, means it will have minimal impact on the streetscape.

No completion date has been announced, but a teaser site was recently launched, an indicator that construction should soon begin.

The Pestana Hotel Group, which has its flagship hotel in Lisbon, Portugal, is investing in New York City for a 99-year period with a $16 million ground lease for the Pestana NY East Side near Grand Central Terminal.

Pestana signed a $16 million ground lease, which started on Nov. 16 and terminates on Oct. 31, 2115, according to the memorandum of ground lease at 23 East 39th Street between Park and Madison Avenues, made public on Dec. 21.

Early this month the hotel owner and manager announced its investment in the East Side property, and said it would have 97 rooms over 27 floors. New York YIMBY reported at the end of 2014 that the hotel is slated to be 250 feet tall and designed by architect Gene Kaufman.

“Following the existing Pestana South Beach in Miami and the recently announced Pestana Newark and Pestana CR7 New York, the leading Portuguese hotel chain revealed in this occasion a new investment in New York, the Pestana NY East Side,” according to a post on the company’s website. It wasn’t immediately clear where in New York City the CR7 brand, a collaboration between Pestana and Portuguese soccer player Cristiano Ronaldo would be launched, other than that it would be near Times Square.

This is under construction. They started in earnest about a month ago. 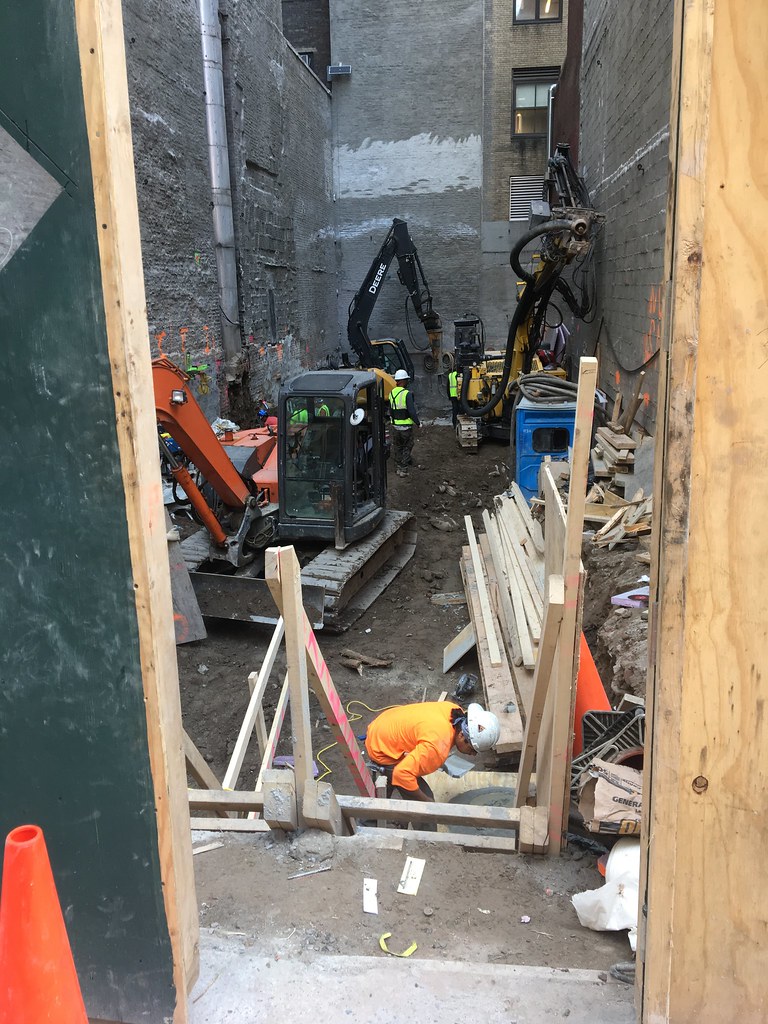 The pos next door on Madison needs to go.

I’ve wanted that filthy rat hole on the corner of Madison to come down for a long time. It’s a malignant tumor.

I cannot wait for that little dump on the corner with the Pret to be redeveloped. This is one of a handful of eyesores that detract from an otherwise nice stretch of Madison that has beautiful old buildings. I’d love to see these three eyesores come down.