Another mcsam/kaufman hotel. Good thing there are no renders- it would just be depressing.

at least it’s not offset 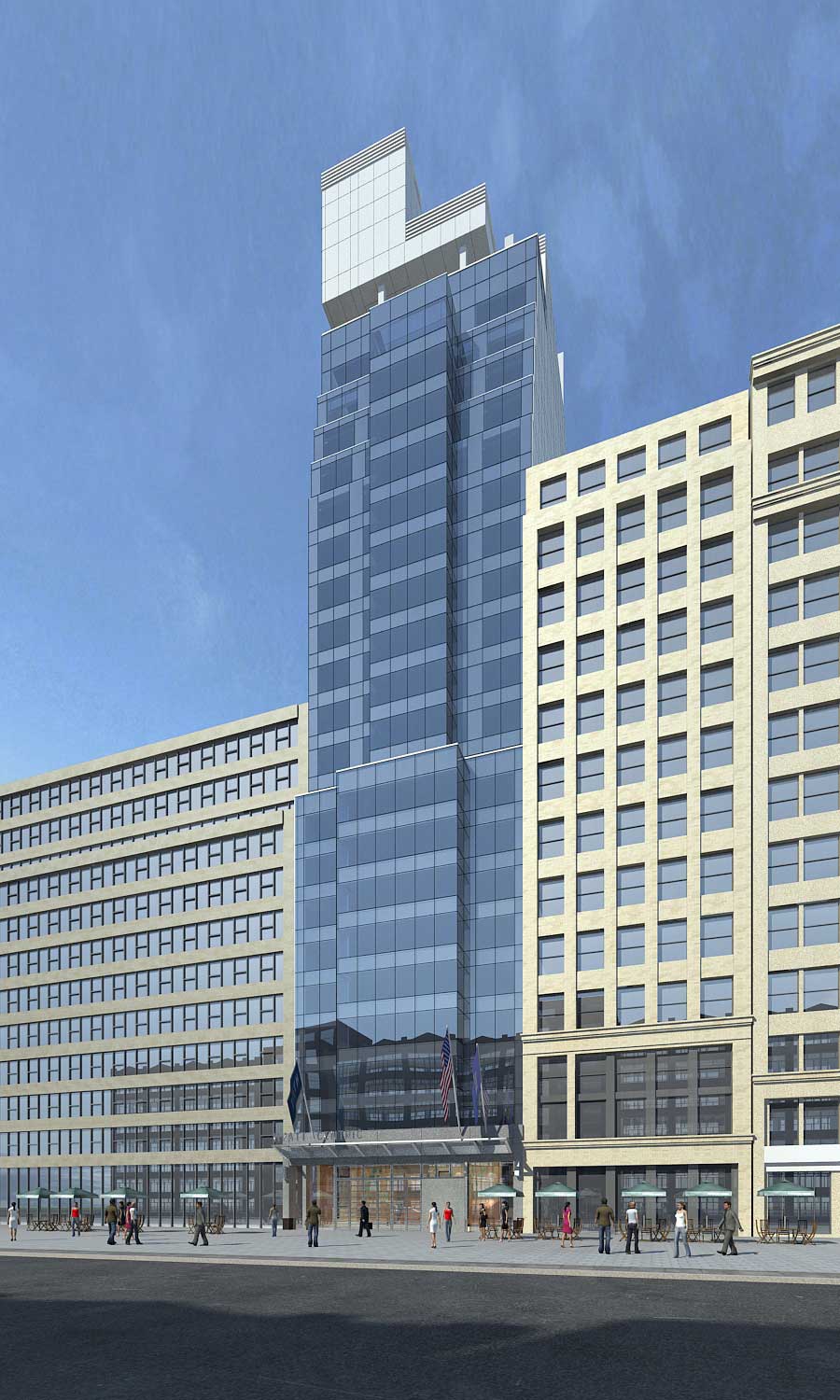 YIMBY has an update on a new Hyatt Centric Hotel slated to open in 2019 at 16 East 39th Street, in Midtown East, Manhattan 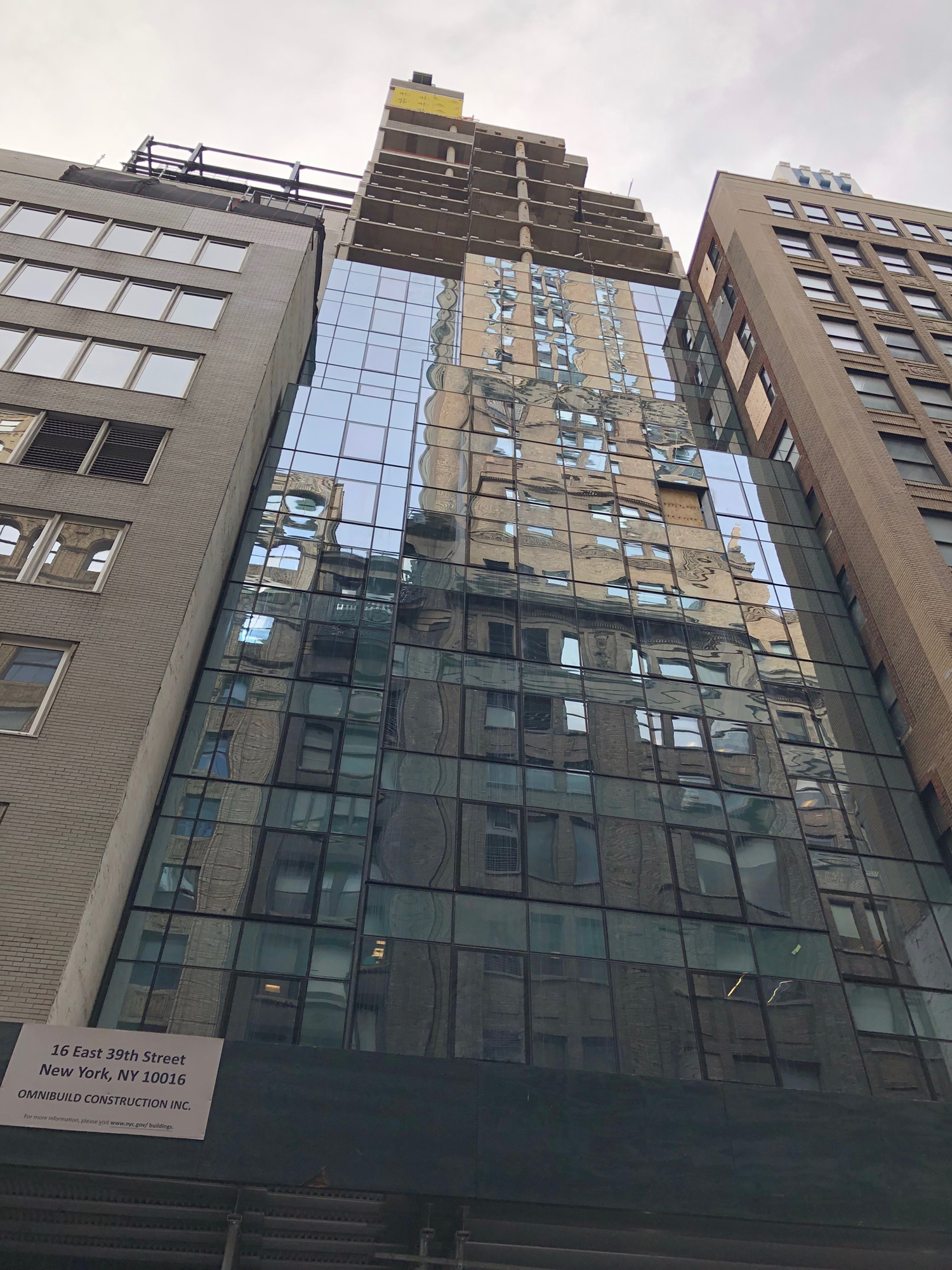 The facade work is progressing quickly on the upcoming 22-story Hyatt Centric Hotel at 16 East 39th Street, located near Bryant Park in Midtown. The reinforced concrete structure, which topped out back in January, will include 162 short-stay rooms, a restaurant and lounges on the ground floor, an appointed rooftop, and a rear courtyard. The new 244-foot-tall building will yield 77,858 square feet. Gene Kaufman Architect is the designer of the project.

The site is actually a two-lot assemblage that was previously acquired by McSam Hotel Group from ClearRock Properties and Juster Properties. Omnibuild is in charge of construction.

Recent photos show the reflective glass panels reaching past the halfway point of the tower. The only part of the facade that will not be glass is the mechanical section above the designated rooftop space. It will have opaque white-colored metal panels.

The site is located between Fifth and Madison Avenues. The closest subways include the 7 train at the 5th Avenue/Bryant Park station and the 4, 5, 6, and S trains at Grand Central station. The Empire State Building is only five streets to the south.

16 East 39th Street is expected to be completed sometime this year.

The hotel is expected to open June 1st:

Hyatt Centric Hotel to Debut This Summer at 16 East 39th Street in Midtown -...

A 22-story Hyatt Centric hotel from Gene Kaufman and McSam Group is set to open this summer at 16 East 39th Street in Midtown.

Thank god it wasn’t one of his colorful disasters.