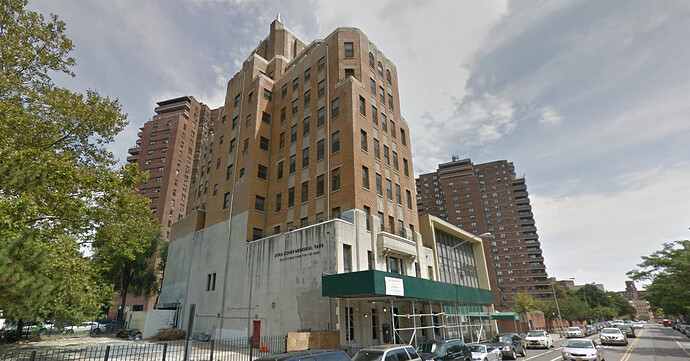 Residents of the coop complex needed a two-third majority for the air rights sale to go through, but only 57 percent voted in favor. 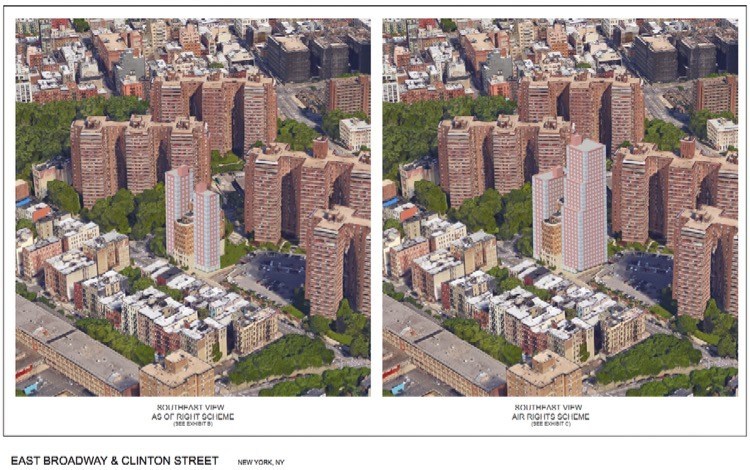 the developers are moving forward without the extra air rights and the board now has to take out a new loan. woops

I’d sell if I lived there.

Developers of the former Bialystoker Nursing Home site on East Broadway aren’t interested in a revote at the Seward Park Co-op on the sale of air rights.

In June, about 58% of the apartment owners voting in a referendum supported the sale of 162,000 in development rights for nearly $54 million to the Ascend Group and Optimum Asset Management. But under the co-op’s by-laws, two-thirds were required to vote in favor for the referendum to pass, and Seward Park did not meet that threshold.

A group of shareholders later launched a petition drive, which called for a new vote. In a notice sent to residents late last night, the Board of Directors reported that more than 25% (422 shareholders out of 1600) called for a special meeting to reconsider the air rights issue. As a result, the board was poised for a second referendum. But the developers have said, “No thanks.”

The buildings, constructed in 1960, face at least $12 million in mandatory maintenance projects. The proceeds from the air rights sale would have been used to finance those projects, pay down the co-op’s debt and to replenish emergency reserves. In the absence of that $54 million pay day, the co-op is refinancing its mortgage. The board memo stated, “We plan to close soon on the 60 million dollar loan.”

what could have been: Exclusive Reveal for Two-Towered 226-232 East Broadway as the Lower East Side's Skyscraper Boom Continues - New York YIMBY 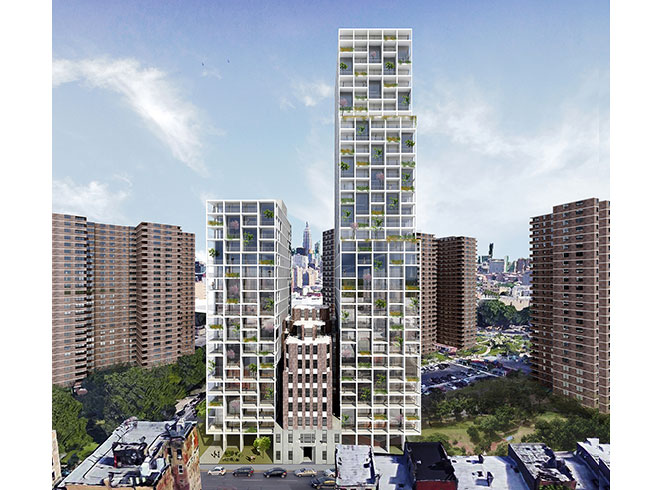 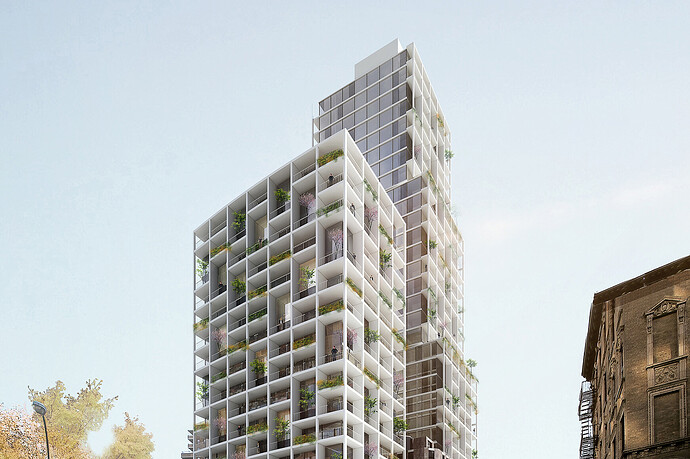 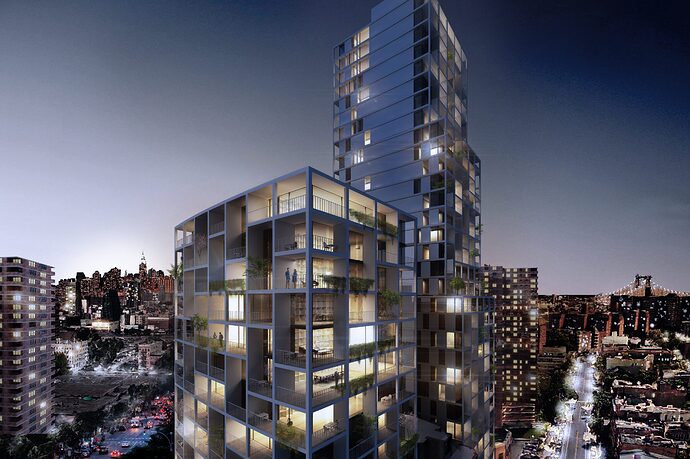 what now will be!

Instead of two new towers in LES, Round Square Development now plans to build one and convert an adjacent landmarked nursing home into a condominium building. 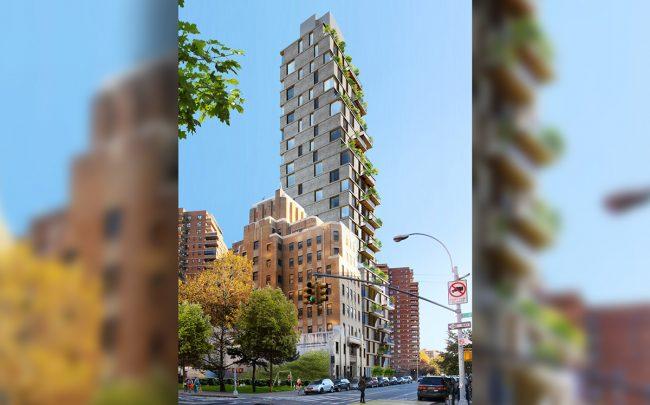 Instead of two new towers in the Lower East Side, Round Square Development — formerly known as the Ascend Group — now plans to build one and convert an adjacent landmarked nursing home into a condominium building.

Round Square seeks to construct a 28-story, 55-unit condo building at 232 East Broadway, and to renovate the former Bialystoker nursing home at 228 Broadway by creating 18 condo units, said Rob Kaliner, president of Round Square. The developer has not yet filed plans for the project with the city Department of Buildings. 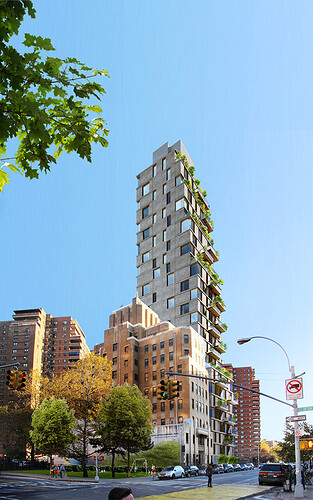 S4Architetcure has released new renderings for 226-232 East Broadway showing a new design. The building is being developed by The Ascend Group.

Permits Filed For 30-Story Tower At 232 East Broadway On The Lower East Side, Manhattan 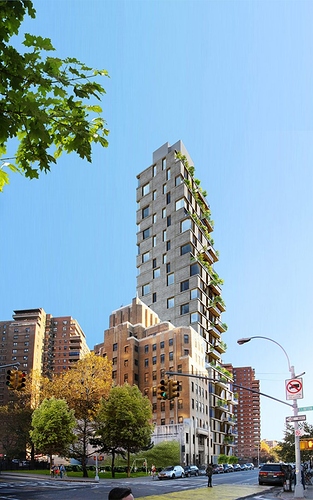 Permits have been filed for a 30-story mixed-use building at 232 East Broadway on the Lower East Side, Manhattan. Located between Clinton Street and Montgomery Street, the lot is one block east of the East Broadway subway station, serviced by the F train. Round Square Development is listed as the owner behind the applications.

The proposed 333-foot-tall development will yield 84,271 square feet, with 75,473 square feet designated for residential space. The building will have 54 residences, most likely condos based on the average unit scope of 1,397 square feet. The steel-based structure will also have a cellar and a 30-foot-long rear yard.

YIMBY last reported on the 323 East Broadway site in April of this year, revealing renderings released by S4Architecture that depicted a single tower design for the project, then being developed by The Ascend Group. Now that it appears the owners have changed, it is not clear if the design has as well, as the same rendering is available on the Round Square Development website. SLCE Architects is listed as the architect of record.

Demolition permits will likely not be needed as the lot is vacant. The low-rise nursing home that once sat on the site has been demolished. An estimated completion date has not been announced.

this is pretty tall for the LES but it shouldn’t stir as much controversy as the Cherry St towers. 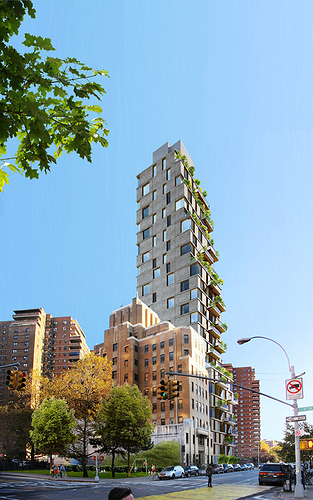 “Meanwhile, there is not much to report on the jagged tower set to rise next door at 232 East Broadway. The 28-story newcomer will boast 54 apartments, pool in the basement, and 30-foot-long rear yard.” 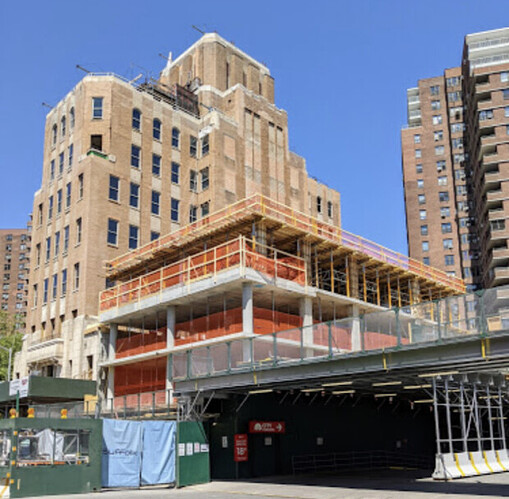 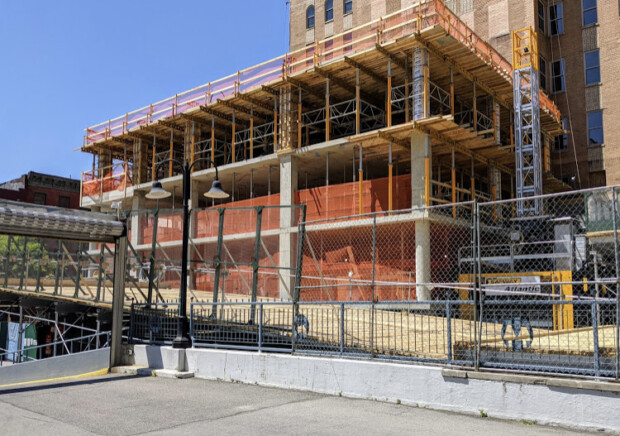 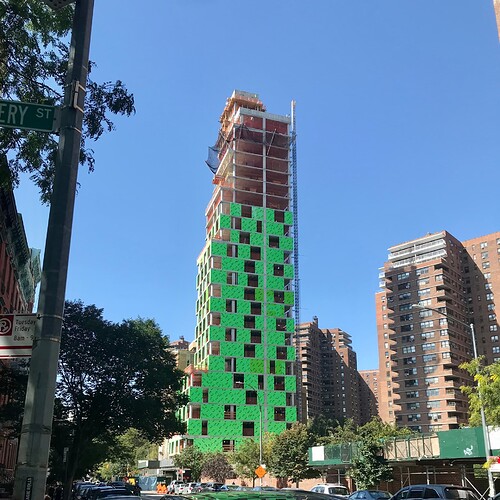 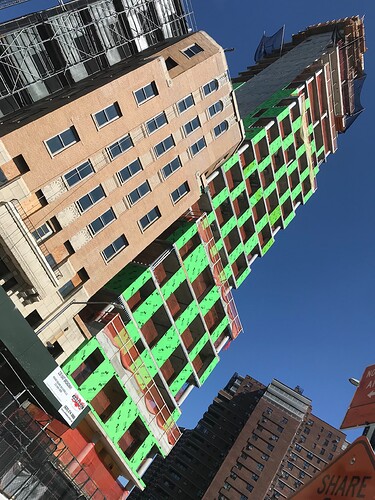 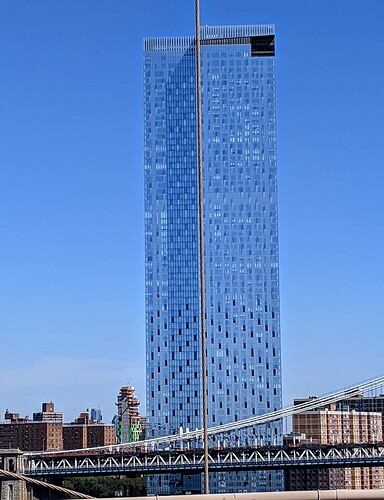 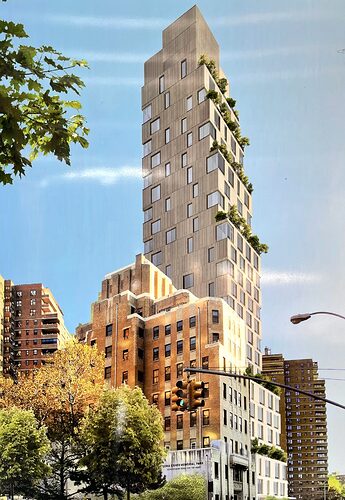 Construction has topped out on 232 East Broadway, a 26-story residential tower from S4Architecture and The Ascend Group on Manhattan's Lower East Side. 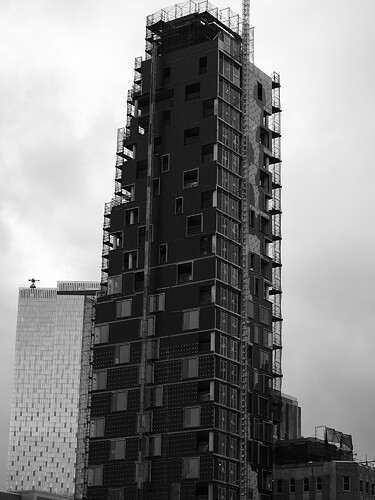 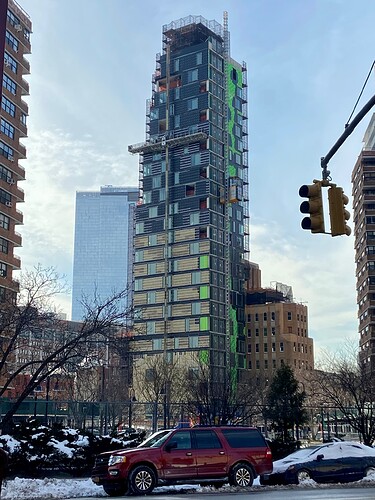 Façade installation is progressing on 222 E. Broadway, a 28-story, 51-unit tower from S4Architecture and Optimum on the Lower East Side. 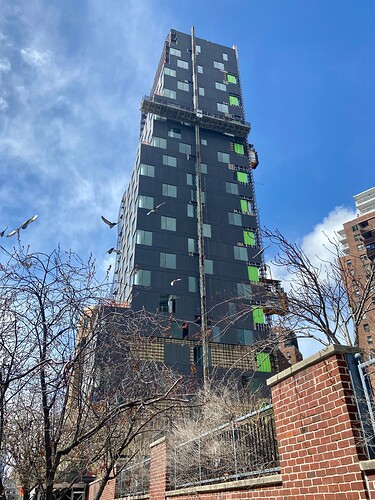 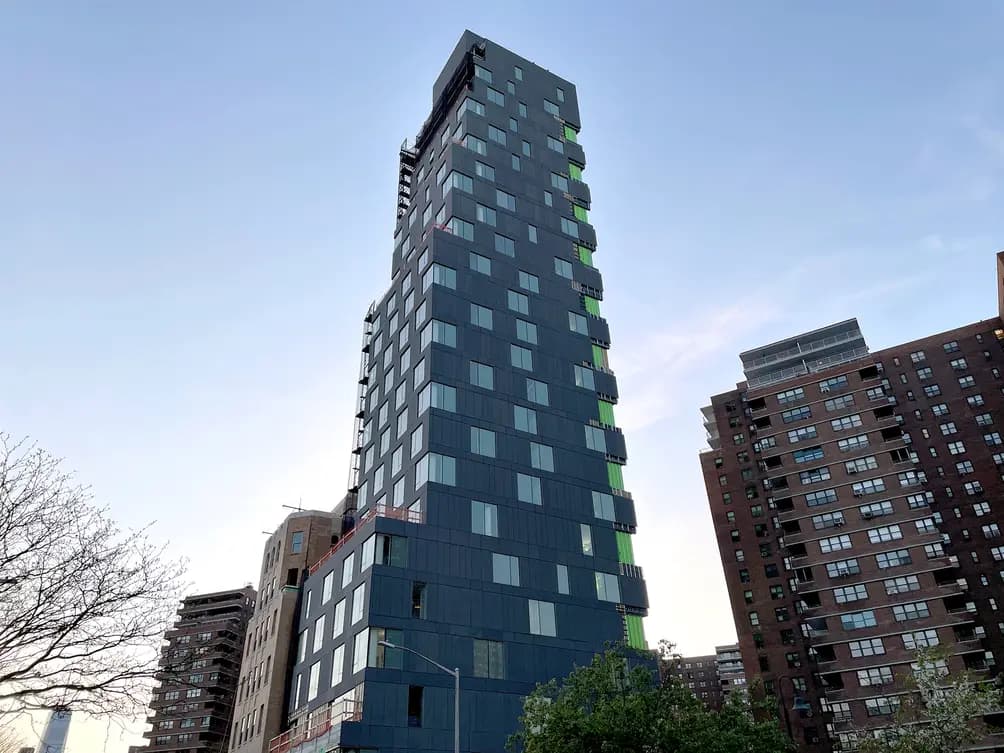 As Lower East Side prices near record highs, 222 East Broadway readies for...

222 East Broadway, Lower East Side : Love them or loathe them, a new flock of residential towers is rising on the Lower East Side. With the upscaling and gentrification of the 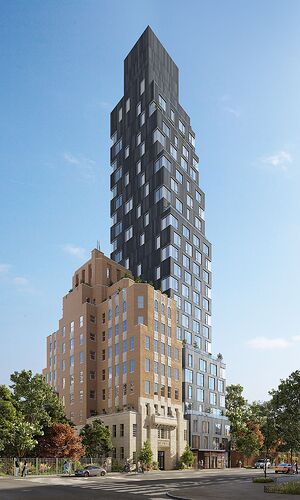 Exterior work is nearing completion on 222 E. Broadway, a 28-story, 51-unit project from SLCE and Optimum Asset Management on Manhattan's Lower East Side.