One of Zaha Hadid's Final Buildings Will Rise in West Chelsea

How tall could this be?

Nice! now I’m hoping for a 3rd NYC project for Zaha that will hopefully rise at 666 Fifth.

Who knew Hadid had designed this! The world continues to be touched by her brilliance.

I didn’t even know about this project. I know that there are a few just south of here, closer to the new Foster tower and the old women’s jail.

Some extra info on the design:

One of the last designs from late British-Iraqi architect Zaha Hadid will be realized in New York. Working with developers The Moinian Group, Hadid and her firm Zaha Hadid Architects (ZHA) were commissioned more than a year ago to provide apartments and space for a “world-class” cultural institution at 220 Eleventh Avenue in West Chelsea, Manhattan.

“We must invest in cultural spaces—they are a vital component of a rich urban life and cityscape, they unite the city and tie the urban fabric together,” said Hadid in 2015.

Hadid’s long-term colleague and Partner at ZHA Patrik Schumacher spoke of the firm’s joy to be working in a city that played a big part in Hadid’s life. “As the world celebrates Zaha’s remarkable legacy,” he said in a press release, “we are delighted to be announcing her unique collaboration with The Moinian Group for New York, a city that greatly influenced her creative work.”

Hadid’s design aims to evoke the loft-like residences that are commonplace in the Chelsea. A coterie of penthouse apartments and a cultural institution will also be embedded into the project. At the time of writing, The Moinian Group are in talks with institutions regarding residency at the site.

“We are deeply honored to develop one of Zaha’s final creations and cement her astonishing legacy forevermore here in Manhattan. She was a special woman and a friend who we all miss very much,” said Mitchell Moinian of The Moinian Group.

The Moinian Group’s release mentions that Hadid visited New York many times and was able to develop an understanding of the city, its values and architectural heritage. As a result, the Group said, much of Manhattan’s vernacular typologies and the area’s way of life have formed her design and approach for 220 Eleventh Avenue.

This is right next to the site, maybe its a part of it I don’t know, but the actual site had construction equipment and some ground work was done.

yeh you are right.

When I walked past here about a month ago, it seemed that there was some activity going on here. There was some equipment on site at least. Not sure if they have started anything though. 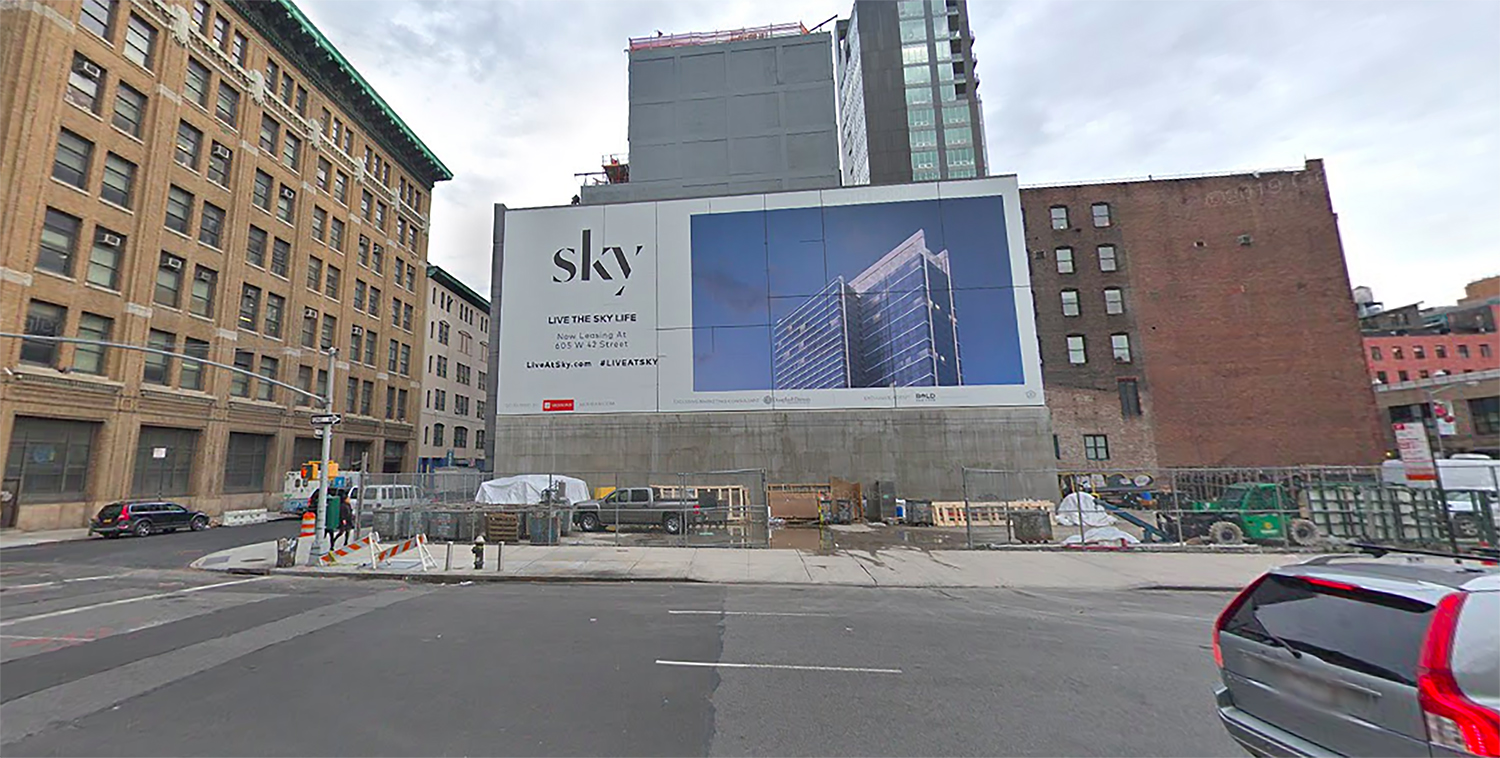 YIMBY has the latest permits filed for a nine-story commercial building at 220 11th Avenue in Hudson Yards, Manhattan.

The revised permit filing calls for office space, a possible indicator of severe over-saturation of condominiums in the neighborhood. In 2016, the filing was for an 11-story, 158,000-square-foot mixed-use building with 40 condos, a museum, and a restaurant.

The new proposed 133-foot-tall development will yield 183,158 square feet, with 147,534 square feet allotted for commercial space. The concrete-based structure will also have a cellar and mezzanine.

David P. Burns of Studios Architecture is listed as the architect of record.

DAMN. I was really hoping for one more Zaha project in NYC. Too bad we never even got to see renderings for this one.

Who says you won’t ever get to see the renderings 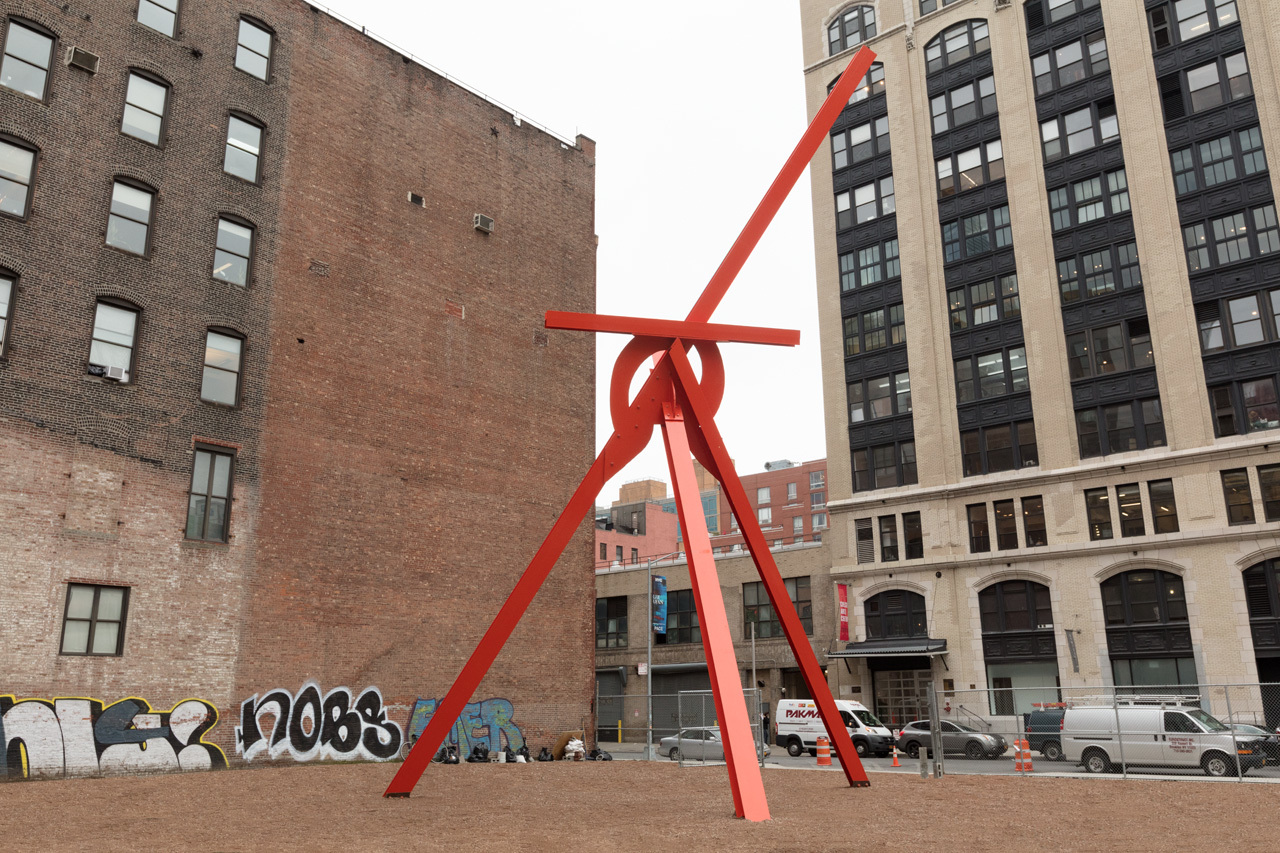 The ground-up development will include 200,000 s/f of Class-A commercial space and 11,000 s/fof outdoor space, including a rooftop spanning the block.

Not bad if it looks like that with ultra high quality glass.

Moinian came through with a very nice design for 3 HY, and this looks great too.

From Yimby today. Lots more renders in the article. I like it!

Construction kicked off this week on the Hudson Arts Building, a new office development at 220 Eleventh Avenue in West Chelsea, Manhattan.

Hudson Arts Building prepares for excavation at 220 Eleventh Avenue. The Moinian group is the developer and Studios Architecture is the project's designer.