OKs parking waiver that will allow Continuum Co. to build 32-story complex that will include 682 apartments, 63,000 square feet of retail space.

Build it and they will shop. An East Harlem community board voted unanimously Tuesday to approve a zoning variance that will allot more retail space and less parking to what could become Harlem’s tallest buildings.

“We think the trade-off between parking and retail is beneficial to the neighborhood,” said George Sarkissian, district manager of Community Board 11, of the massive mixed-use project at 1800 Park Ave. at E. 125th St.

The additional retail, which will be expanded to include 63,200 square-feet of ground floor and second-story space, will slash available parking to just 123 spots for 682 residential units at the 32-story complex, community board members said. Originally, 304 spaces were slated for residents at the two buildings.

Under an original plan, the second floor would have been used as a parking garage for residents of the buildings.

When they’re completed in 2017, the two buildings will stand as Harlem’s tallest structures, officials said.

“Those additional jobs are important to a community that is struggling with 17% unemployment,” Sarkissian said.

The existing zoning had mandated that building developer Continuum Co. provide parking spaces for 40% of all residential units. That means the developer would have made parking available in underground space and on the second floor. 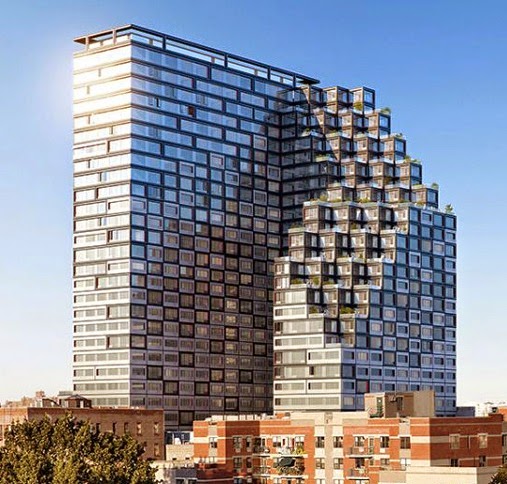 A 32-story residential tower which will become Harlem’s tallest structure has broken ground at Park Avenue and 125th Street. New York YIMBY has more renderings up on their site and also some keen points that show a generational disconnect with local politicians and the way the city is moving forward. East Harlem apparently still has parking minimums that developers have to address and right now most cities are trying to reduce carbon emissions with an emphasis on public transportation or even cycling 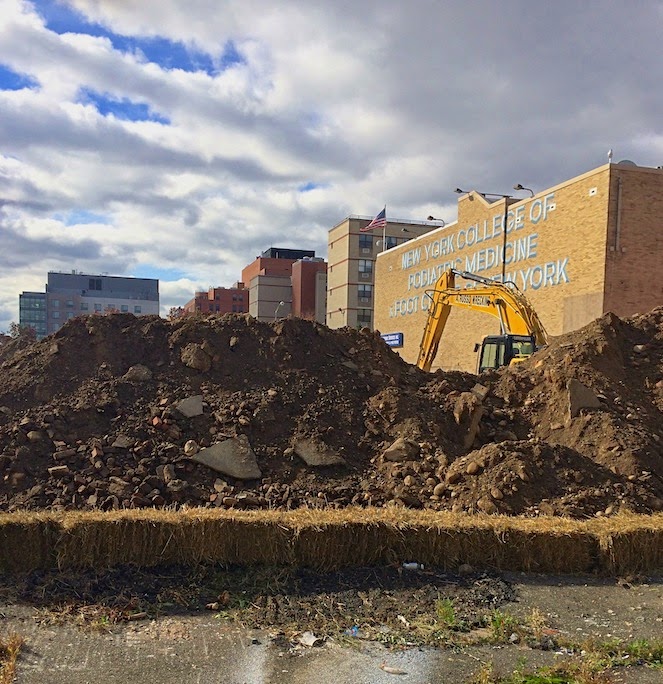 I’d imagine this project is rising?

Anyone have a confirmation. Figured this should be moved if it is indeed u/c.

The project is now in limbo since financing couldn’t be secured. Hopefully a new developer will buy the site. 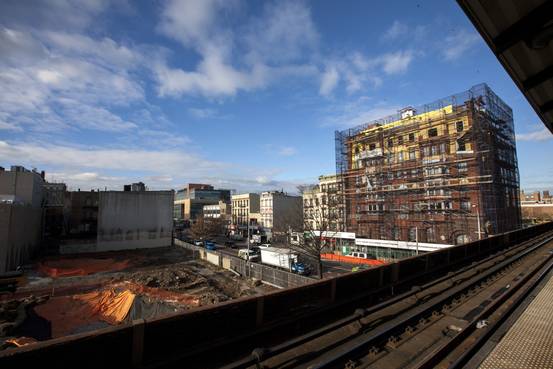 Eichner at Risk of Losing Harlem Development Site to Creditor

New York developer Bruce Eichner faces the prospect of losing an East Harlem development site he purchased in 2013, as he has been unable to secure financing to build an apartment project. Durst Organization is the creditor.

Someone will develop the site.

The little project across from here on the north side of 125th is above ground!

Durst works out a sale for Eichner’s East Harlem site

The Durst Organization worked out a sale with Ian Bruce Eichner to buy his distressed development site in East Harlem.

Earlier this year, Durst acquired just shy of $100 million worth of distressed debt on the property at 1800 Park Avenue, where Eichner’s the Continuum Company had plans to build Upper Manhattan’s tallest towers: a pair of 32-story mixed-use buildings with 682 rental apartments.

The Durst Organization moved to foreclose on the site and even scheduled an auction for late April. But rather than go through the prolonged and messy foreclosure process – where Eichner could potentially make life difficult for Durst by holding things up in the courts – the two sides cut a deal behind the scenes in a short sale, sources said.

“We have entered a contract to purchase the property,” Durst spokesperson Jordan Barowitz told The Real Deal.

It’s not clear how much Durst paid for the site. A memorandum of contract hit property records last week, though no price was listed.
Eichner could not be immediately reached for comment.

Prior to losing the site fronting the full block along Park Avenue between East 124th and 125th streets, the developer had poured a footing that makes it eligible for the now-expired 421a tax abatement.

The bust leaves Eichner, a charismatic developer who appears to have nine lives, with a record of 1-1 during this cycle.

He bought the site for $66 million in 2013 from Vornado Realty Trust – which had stalled plans to develop an office building – as he made his return to New York City development with another project: a 65-story condo tower in the Flatiron District at 45 East 22nd Street where sales appear to be moving briskly.

During a panel discussion on the state of the luxury residential market at The Real Deal’s new development forum in May, Eichner said there’s a major supply problem at the upper end of the market.

“Is the market dead? Of course not,” he said. “Are we going to be pained? Absolutely.”

I hope that Durst keeps the same design.

I hope so too, it would really be a great addition to the area! @robertwalpole

Same here, that design would/will be amazing for Harlem

If and when Durst takes control of the strategic corner astride the MetroNorth trestle, he said, “We’re studying our options” as to whether to proceed with Eichner’s plan for which Eichner obtained building permits. “We’ll have to spend a lot of time studying it,” Durst said. The Durst Organization closed on the acquisition of Ian Bruce Eichner’s distressed East Harlem development site for $90.95 million, and it plans on em

[…]
While the strip has long been a busy commercial thoroughfare, the current wave of change was sparked by a 2008 rezoning that allows buildings as tall as 30 stories to grow on some blocks, something not everybody is happy with.
[…]
Few residential developers have taken advantage of the zoning so far. But two sites on the East Side of 125th Street—Durst Organization’s 1800 Park Avenue and Extell Development Company’s 142-196 East 125th Street, a now-shuttered Pathmark grocery store at the corner of Lexington Avenue—will likely sprout some large residential developments. Neither builder revealed its plans, except to say that it was in the planning stages.
Alexander Durst, Durst Organization’s chief development officer, said its project will be a mixed-use rental building. The building at 1800 Park will take advantage of the newly resurrected 421a tax exemption, which means at least a quarter of the apartments will rent for below-market rates.

This and 321 East 96th Street (760 ft) would be two of the grandest projects north of 80th Street in terms of scale relative to its surroundings.

Durst bought a site across from this one, presumably to preserve views.

The Durst Organization is doubling down in Harlem. The company already owns the large vacant site on the west side of Park Avenue between East 124th and East 125th streets, which has long been slat…

[…]
For now, Jordan Barowitz, a spokesman for Durst, would only say about the eastern site, “We purchased it to protect our investment across the street.”

Passed by there today. Bushes growing. The Durst Organization is refinancing its Harlem project along Park Avenue courtesy of a $95 million loan from M&T Bank. The Buffalo-based bank

The Buffalo-based bank had already loaned Durst $65 million worth of debt for its roughly $91 million purchase of 1800 Park Avenue in 2016. The developer had purchased defaulted debt on the site, and cut a deal with Ian Bruce Eichner’s Continuum Company for the purchase.

The new financing from M&T provides Durst with an additional $30 million in new debt, according to property records. The money will also go toward the sites at 1801 Park Avenue, 815 Park Avenue and 110 East 125th Street