Back in February, YIMBY brought you the first renderings of 145 East 47th Street, a skinny hotel project between Lexington and Third Avenues, in Midtown.

Now, we have another look at the building, with new renderings courtesy of C3D Architecture, the firm designing the tower.

C3D principal Dan Sehic described the project in an email to YIMBY, and while it will be similar to the firm’s already-completed Gotham Hotel at 16 East 46th Street, there are some notable differences. For one, the lot for 135 East 47th Street is slightly wider – a roomier 33 feet, compared to the Gotham Hotel’s mere 25-foot tenement lot.

In terms of appearance, “criss-crossing vertical and horizontal metal tubes attached to full-length balconies create an additional façade layer, and at the same time connect the glass dividers in between hotel rooms.”

It’s often said that buildings are designed not by their architects, but by the zoning code, and these two hotels are prime examples. Both buildings’ shapes are defined by the same base building height and “sky exposure plane” rules created by the city – “another example of how New York City’s zoning rules have a direct impact on the final appearance of the building.”

Construction is progressing rapidly, and when completed, the structure will have 43,611 square feet of gross floor space, and 100 rooms. It will rise 22 stories, reaching a height of 226 feet.

Per the building permit, the developer is Manhasset-based Slavko Bernic – who bought the site for $12.5 million in 2011. 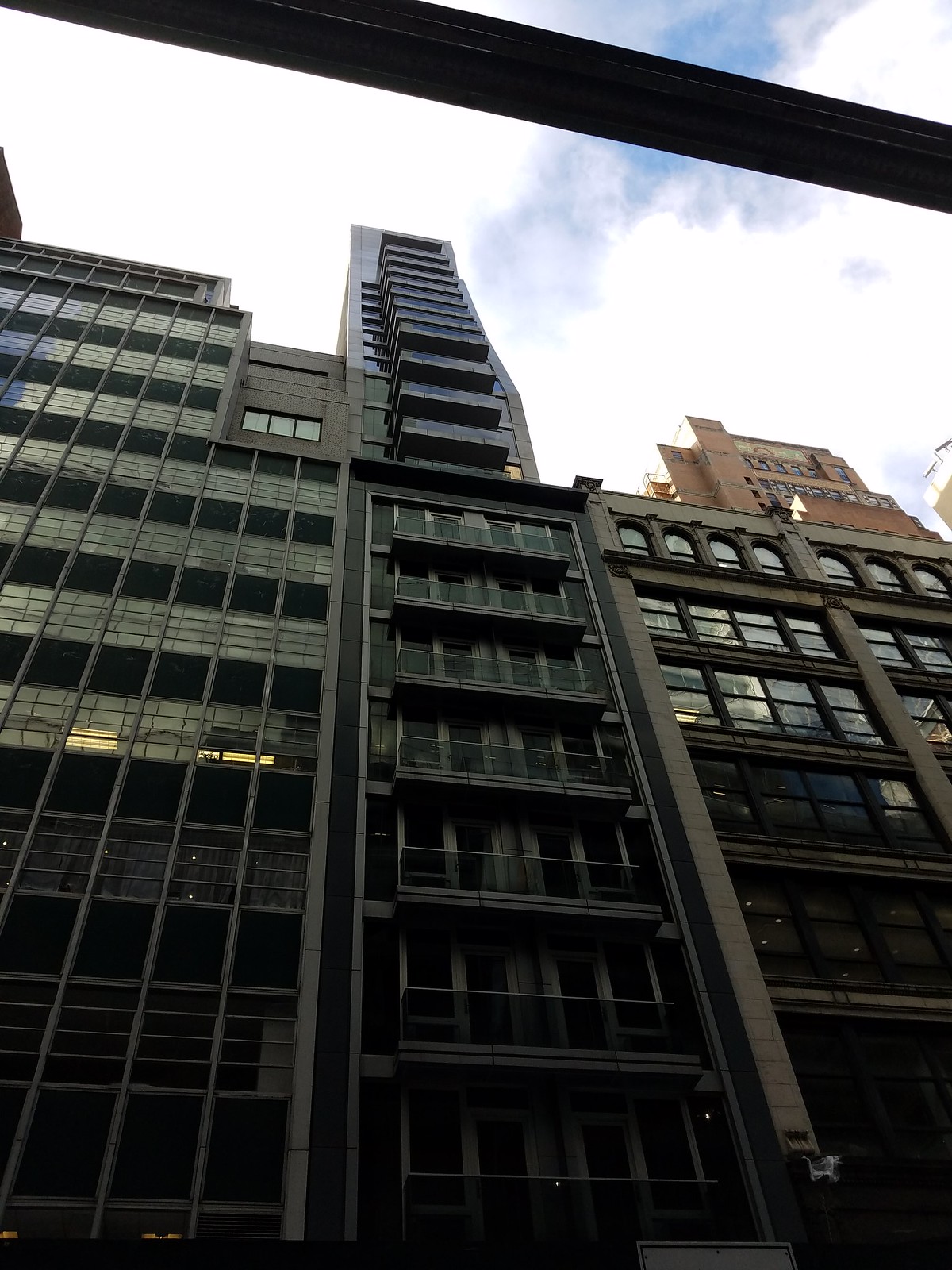 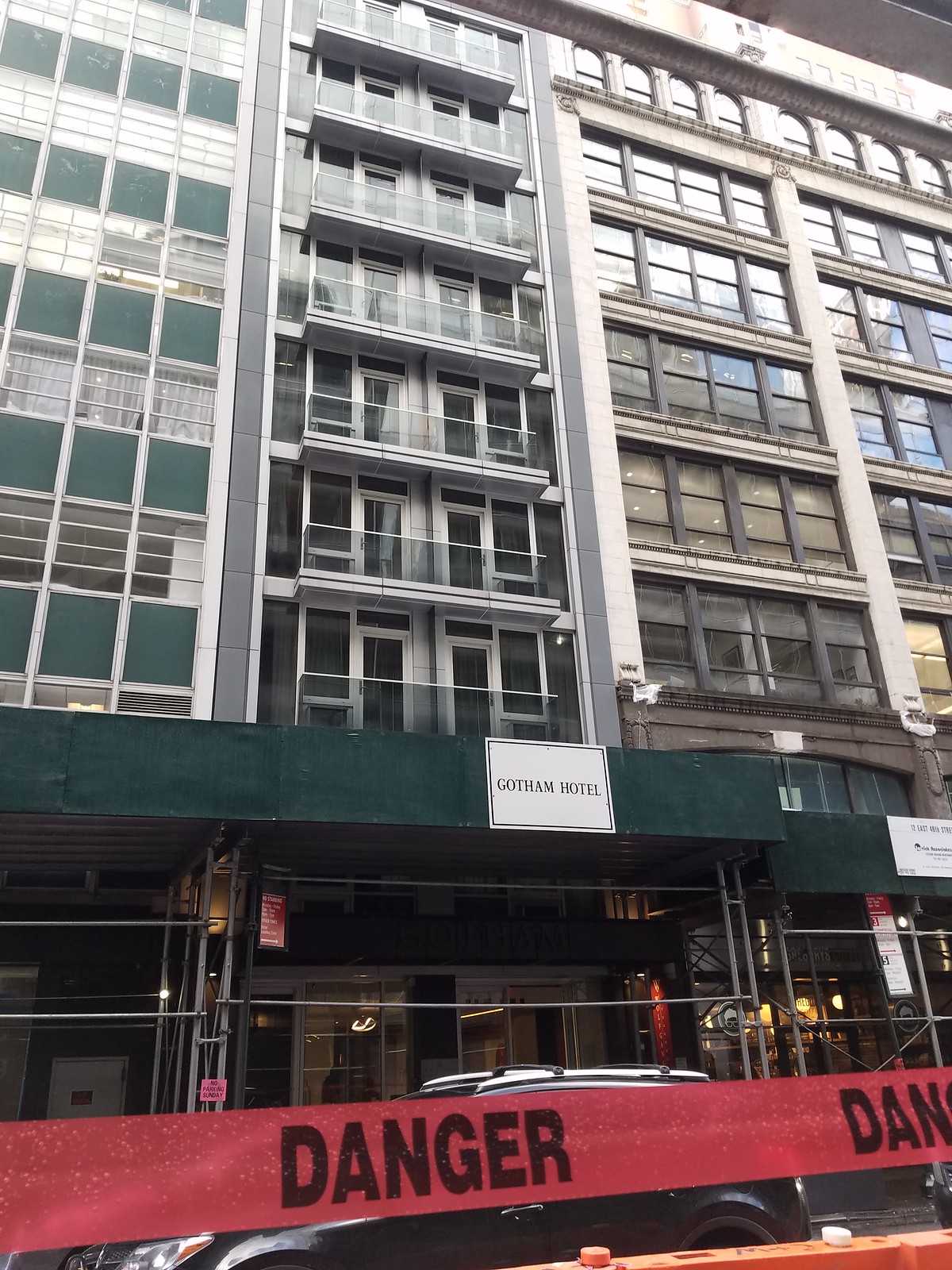