Extell’s plans for a new condominium tower at 1010 Park Avenue have already proven controversial, even prior to the project’s scheduled hearing at the L, which is set for today. Now, YIMBY has a rendering of the original design, which is not likely to be used.

The site is complicated, hence the rendered cantilever — but even that portion of the development is a departure from buildings like 160 East 22nd Street and 217 West 57th Street. Rather than a shallow overhang, 1010 Park Avenue would sheath the neighboring Park Avenue Christian Church within a transparent wall of glass, replacing the original rectory with the new 20-story tower, designed by Keith Goich.

This would allow light to penetrate through to the church, while also integrating the old historic structure within the new condominium tower, to no ill effect. As Landmarks has already determined, the old rectory had no historic merit, and that part of the church has already been approved for demolition.

Like many new buildings in New York City – especially those prone to community input – 1010 Park Avenue has been the victim of NIMBYism. The design is bold and dramatic for the landmarked Upper East Side, but relatively tame as far as mixing structures goes. The Real Deal covered the Landmarks vote for approval back in April, where a next-door neighbor complained about the new structure because it would ruin his light and, in his words, “markedly reduce the value of my apartment” (perhaps suggesting a solution to New York City’s housing crisis?).

New buildings should not be prone to the whims of selfish property or timid preservationists, and these kinds of petty concerns are partially to blame for New York’s current housing predicament.

A new design for 1010 Park Avenue is likely to be presented at the LPC today; the project’s bulk will still total approximately 100,000 square feet, which will be divided between roughly 20 residences. 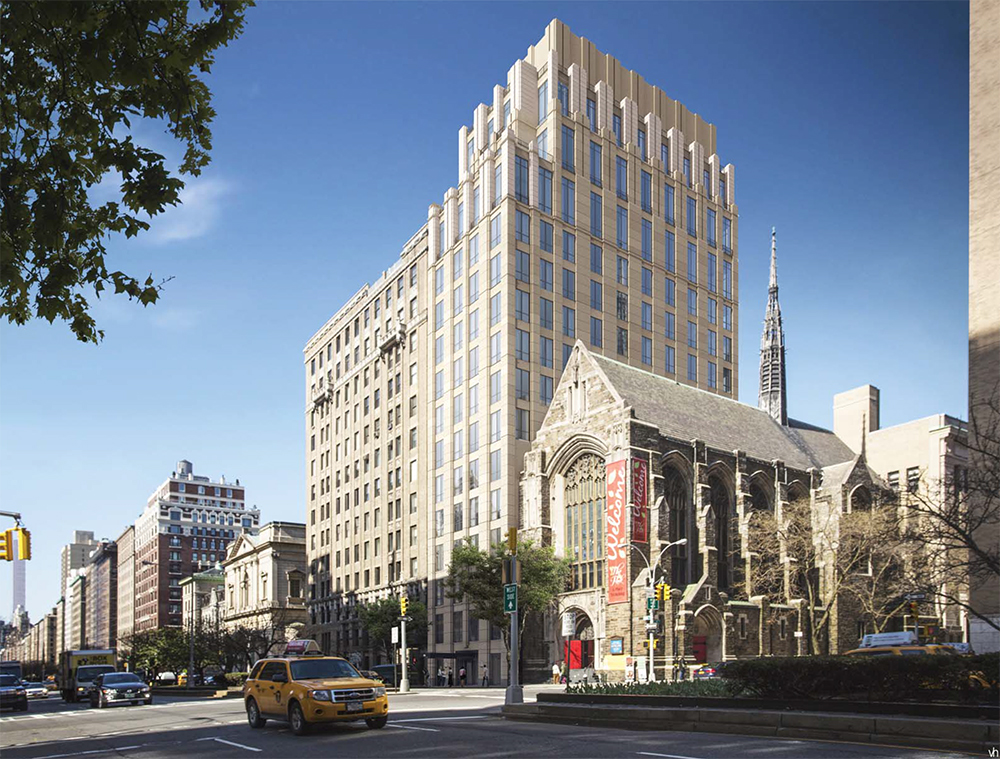 Gary Barnett’s Extell Development won the approval of the Landmarks Preservation Commission for its proposed 16-story condominium project at 1010 Park Avenue, which will see the developer demolish a historic Park Avenue church rectory building.
The approved plan entirely preserves the Park Avenue Christian Church, but demolishes the adjacent rectory and incorporates some of its materials into the condo building’s bottom three floors, including the original facade materials and a large stone door. The plan also includes a slight recess that will improve views of the church from the south. - See more at: http://therealdeal.com/blog/2015/01/13/extell-clears-landmarks-hurdle-on-park-ave-project/#sthash.uschbQ9T.dpuf

Extell's Contested Tower Next To Park Ave. Church Is A Go

It took a bit of fighting. But with its properties and air rights, the Upper East Side's Park Avenue Christian Church has enabled a new neighbora residential apartment buildingand in so doing has...

The approved structure for 1010 Park Avenue, adjacent to the church at the corner of 85th Street, will be 16 stories tall and rise 210 feet. In addition to its residential floors, it will have space for church functions, as it will take over space currently occupied by the church annex. 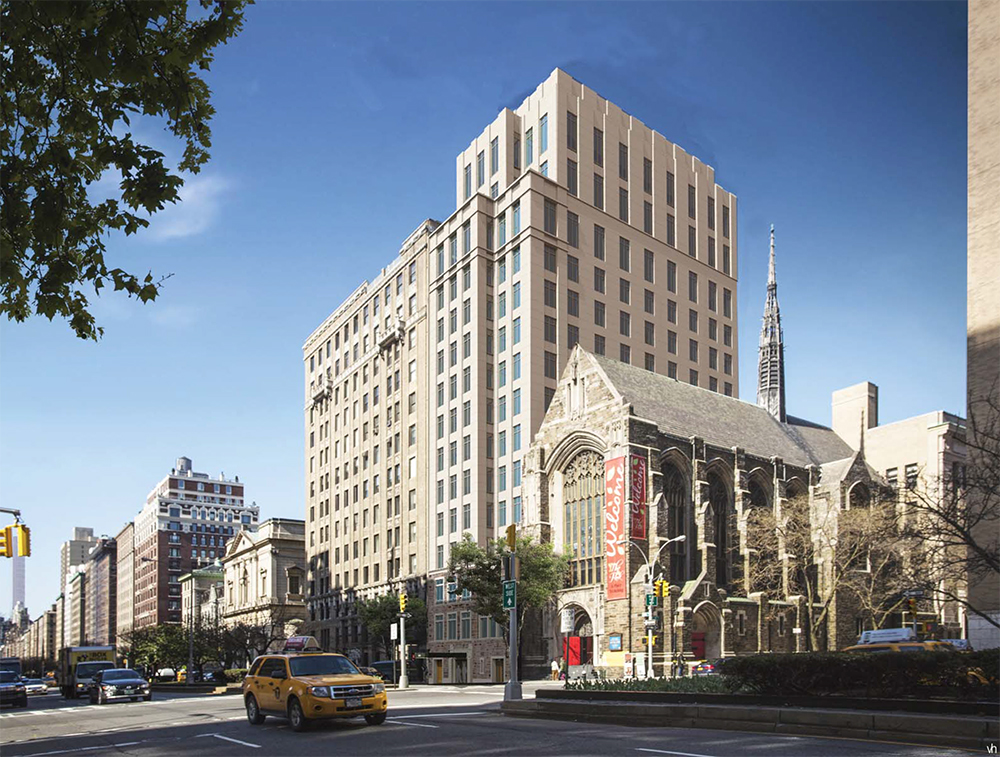 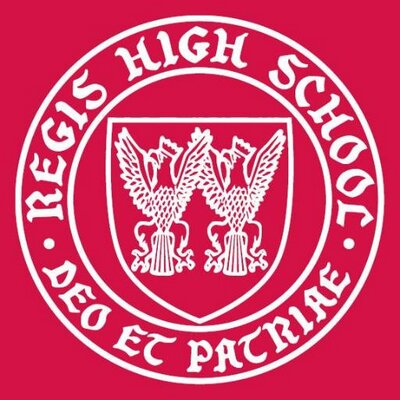 Current view from Regis looking east. A 16-story building will rise soon. Was Park Ave ever viewable from Regis? https://t.co/Oa6JgK2hzA 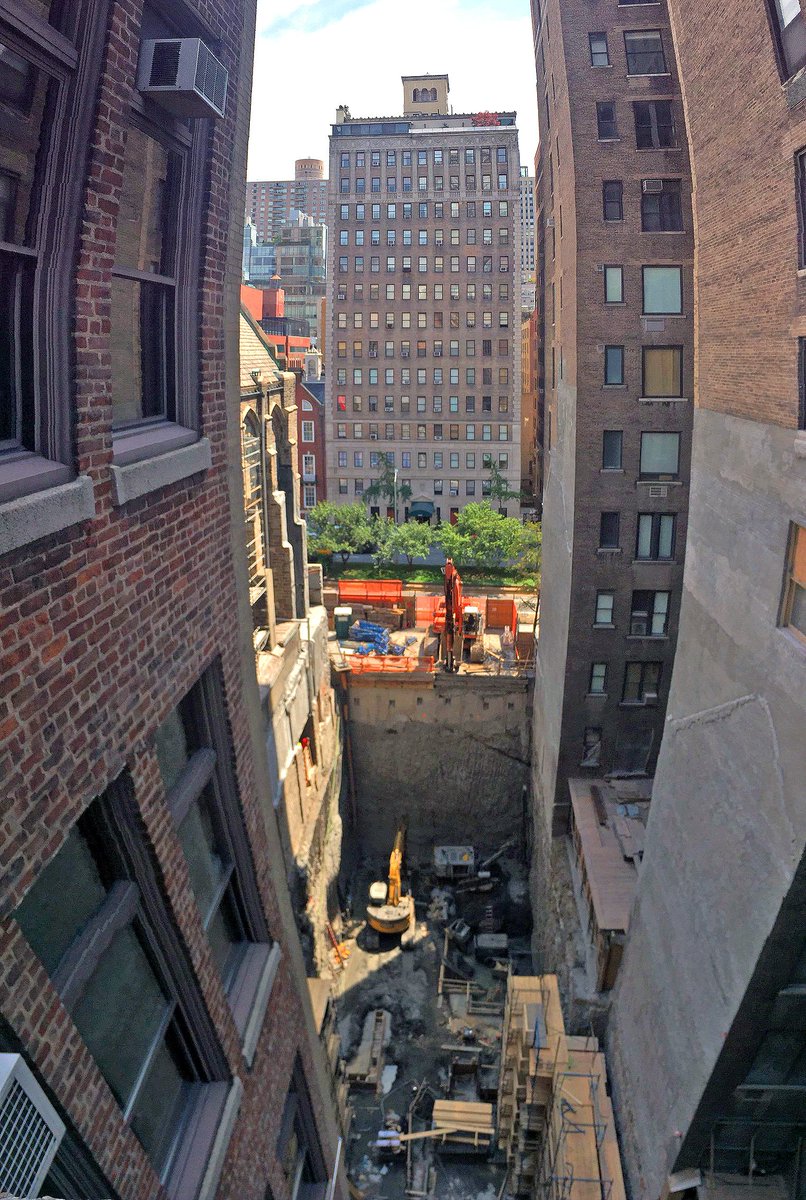 Extell Development nabbed $90 million in financing for its condo development on the former site of Park Avenue Christian Church's rectory.

lmao. The LPC complained of art deco perversion in the first take and look what they approved. Good job, ladies and gentlemen. With minimal bombast, a rare set of Park Avenue condos is set to come online by year’s end. Developed by Gary Barnett’s Extell 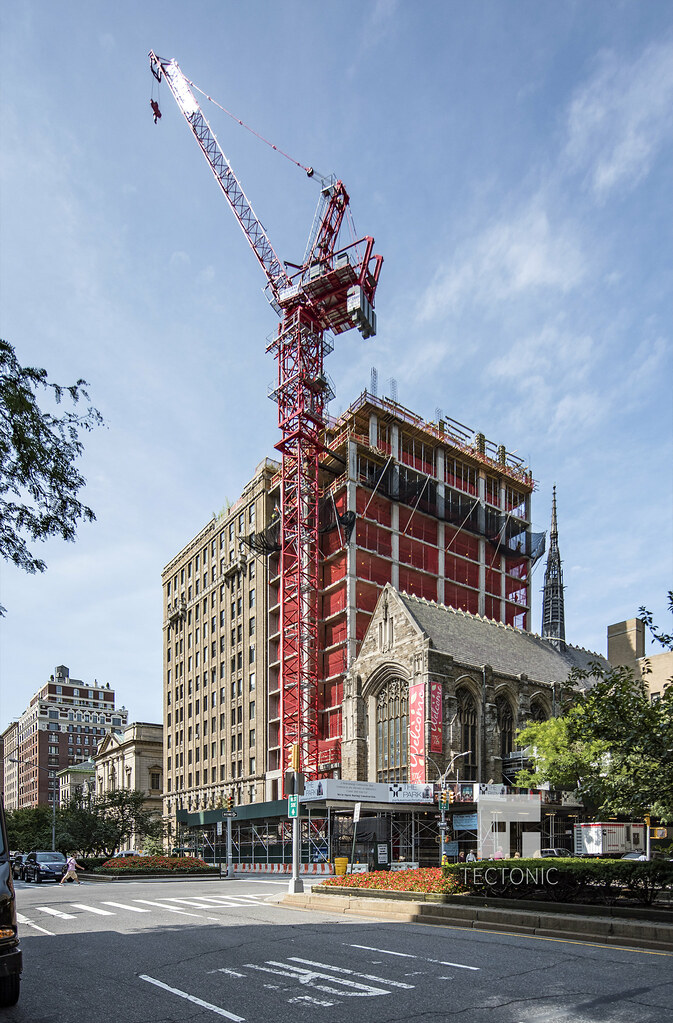 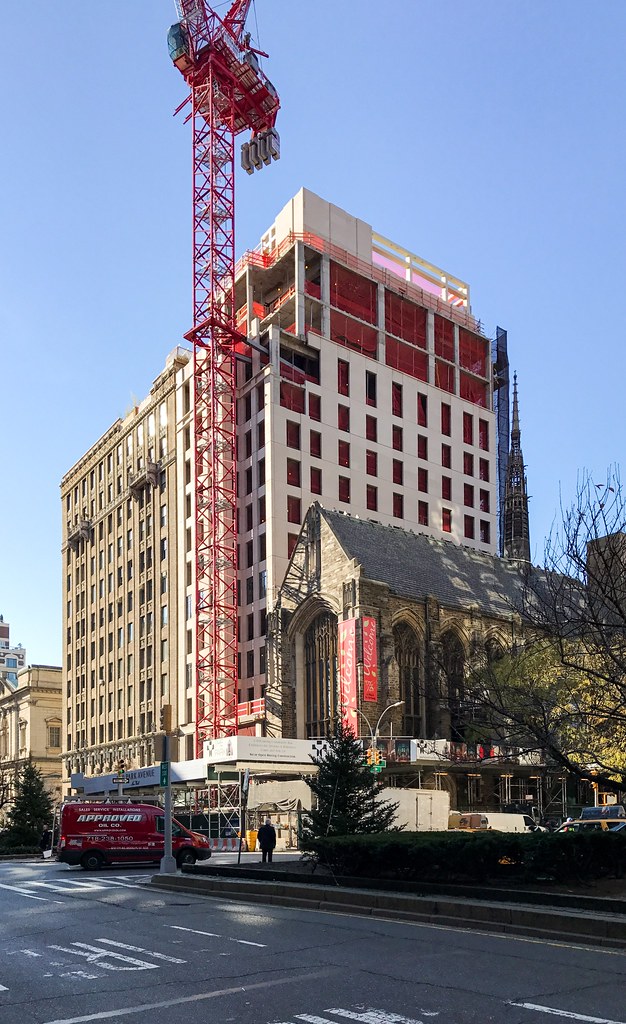 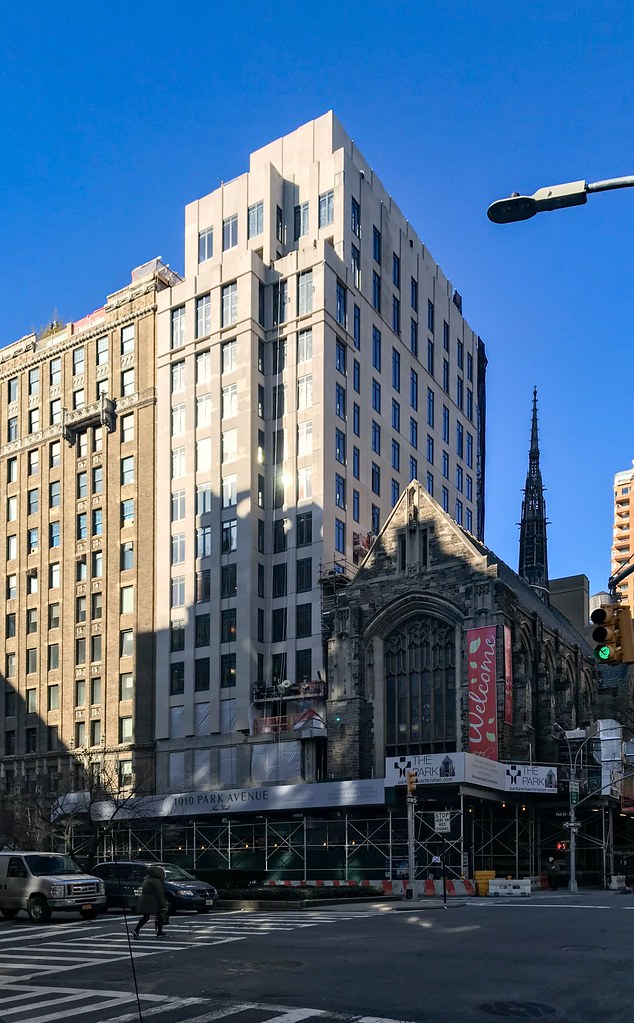 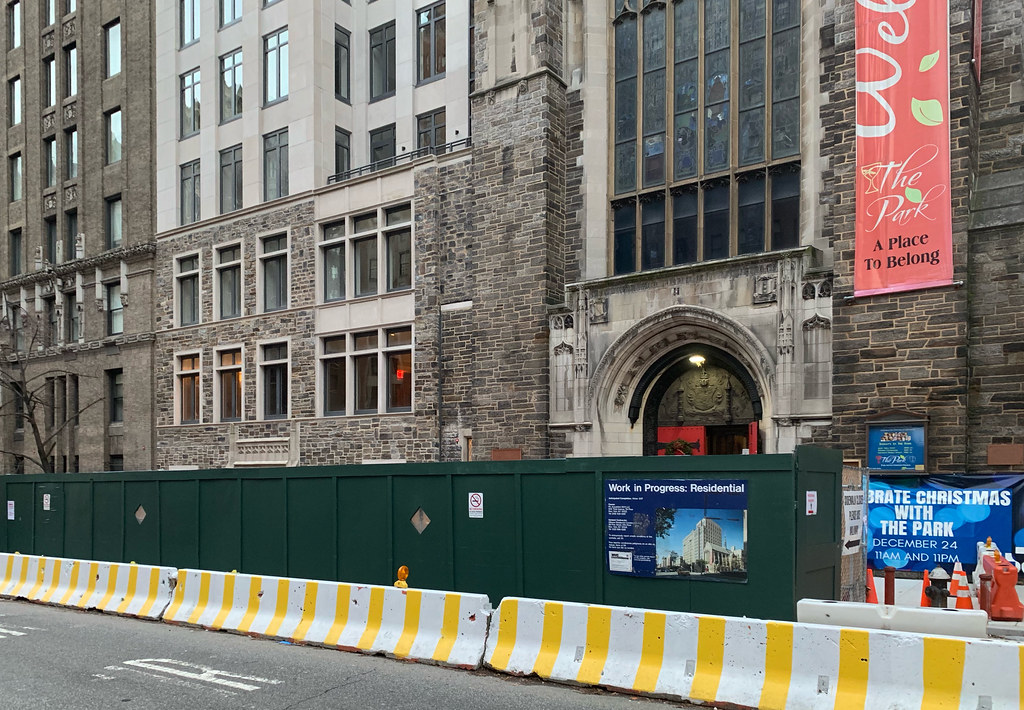 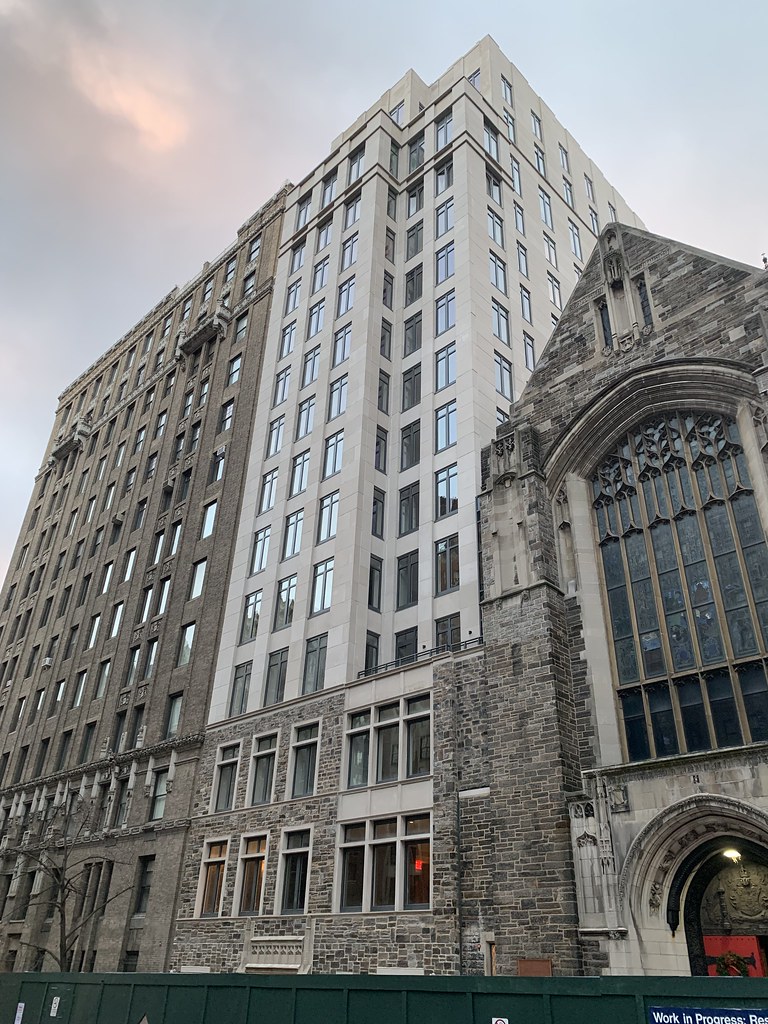