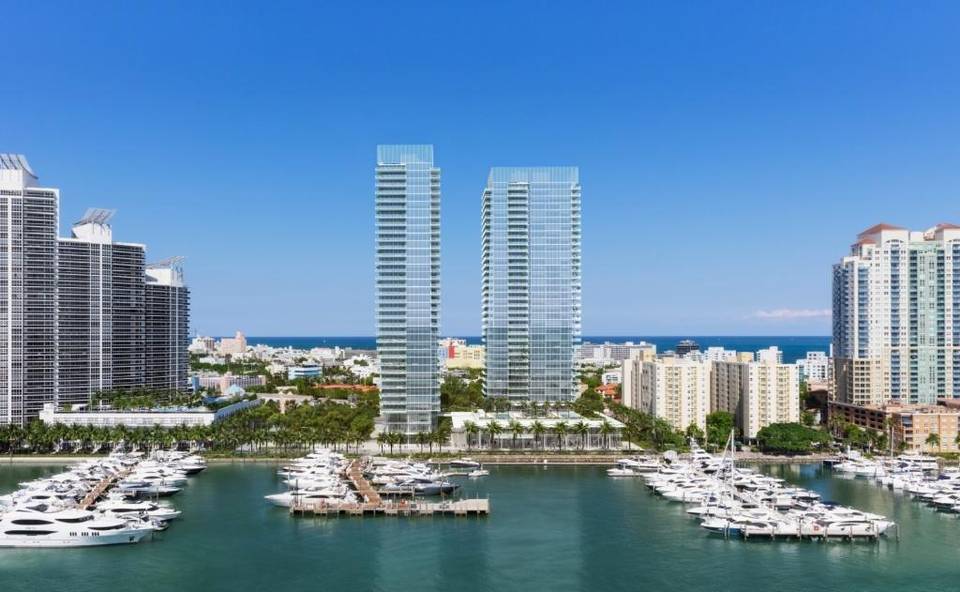 A major redevelopment of waterfront city-owned property in Miami Beach is brewing — a deal that would require voter approval in three referendum questions and could have significant impact on the city’s purse as officials consider selling development rights for $100 million.

At a time when development in the Beach has come under increasing scrutiny and public referendums for large-scale projects have failed, the deal will likely spark a lively public conversation that will weigh the benefits of the project against what the city is selling.

A developer wants to offer the city the money for the rights to build two 400-foot residential towers as part of an upgraded Miami Beach Marina that would include new restaurant concepts, a one-acre waterfront public park and 700 underground parking spaces.

That $100 million would go into a city fund for transportation that would help pay for a light rail system in South Beach — a high priority for City Hall.

The city would continue to own the land and negotiate a new lease with the marina, which is operated by RCI Group. The first two or three floors of the buildings would be city owned, and the city would sell the rights to develop about 250 residential units above that.

Three key aspects of any such deal would have to go to public referendum. A majority of Beach voters would be needed to approve:

Sale of the city’s “air rights,” or ability to develop above the marina

Increase in the maximum floor-area ratio for the development, which is the formula for calculating allowable square footage

“It’s a project on a very valuable city asset,” said Carter McDowell, a land-use attorney who is representing the redevelopment team. He said the green space would allow people to take in bay views from a public space.

Fort Partners, the Miami-based real estate company behind the redevelopment of the Surf Club in Surfside, is the marina’s major partner on the deal. “Their approach is to go into neighborhoods and make them better,” said Jeffrey Bercow, another land-use attorney for the redevelopment team.

The proposal came to light Wednesday when Beach commissioners voted to refer a discussion on the item to a committee.

Terra’s David Martin hopes to develop a 23-story tower at the Miami Beach Marina in the city’s South of Fifth neighborhood. Martin spoke before the city’s Finance and Economic Resiliency Committee on Friday, which met via video conference, kicking...