This proposal would have 810 apartments including affordable units, an 11,400 sq ft park, 14,000 sq ft of retail, and a 50,000 sq ft public school. All residents of Harsimus Cove are entitled to vote on the proposal on Monday, February 10th at 7:30pm at Grace Van Vorst Church. 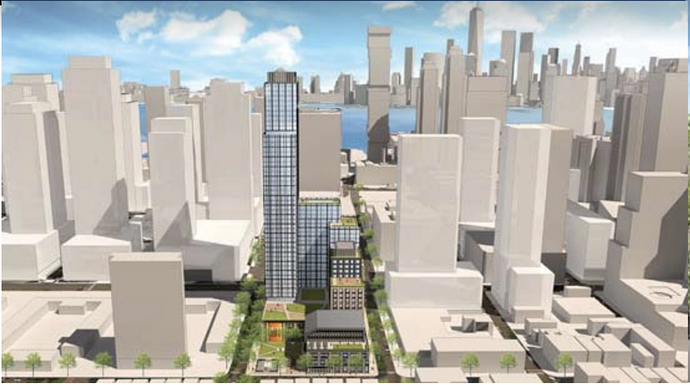 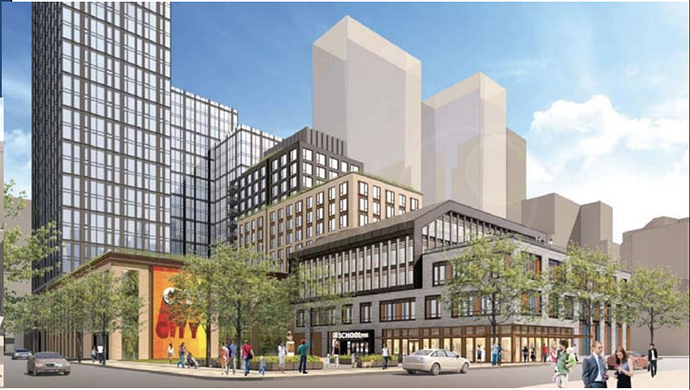 Ahh interesting. I really do hope they keep the Jose Rizal plaza in the plan. Nice to see my Filipino heritage on display here

. I like this design and it’s massing, stepping away from the quiet R-1 neighborhood across the street to the high rises on the other side.

yes the plan is for the plaza to continue to honor JC’s Filipino community.

I made a composite of these renders with the available Google Maps imagery to better understand the Exchange Place West plans. I couldn’t get the perspective quite right, so the background is skewed a bit.

This also appears to show a plan for the One Evertrust Plaza parking lot (Between Greene & Washington, Morgan & Pearl).

Really cool, thanks for sharing!

Thanks for pointing out that plan for the parking lot. Are you talking about the parking lot Mack-Cali bought at the end of last year? It’s zoned for 800 apartments, but Mack-Cali has several other projects in their priority pipeline for the next 5 years, so it’ll be at least that long before it’s developed.

Yeah, their priority right now is the Charlotte and the renovation of Harborside 1-3. But it’s really cool seeing all these parking lots replaced with density! Let’s hope all the retail on the ground floor won’t just be empty windows lol

I believe you’re thinking of the 107 Morgan parking lot (highlighted in red), which is not shown in this rendering. It would overlap the One Evertrust and 5 Harborside Plaza buildings, where this is drawn behind One Evertrust. I believe this lot is 81 Morgan St (ish) aka “One Evertrust Plaza Parking Lot”, highlighted in green. 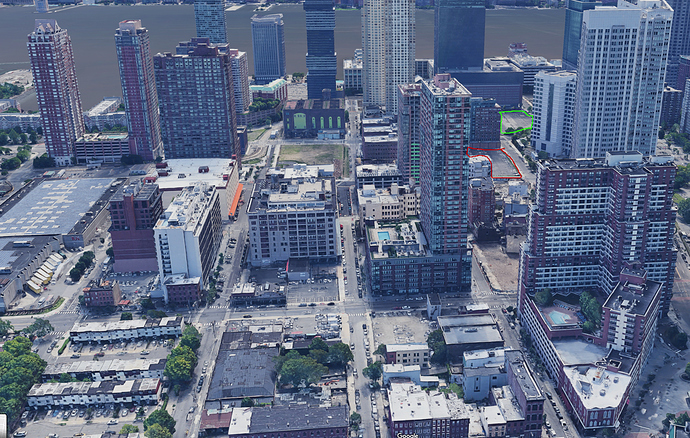 Wow, you’re right. As you point out, that lot is owned by Evertrust Plaza (“Evergreen America Corporation”), not Mack-Cali. The official address is 310 Washington St.

Now you’ve got me wondering if we’ll see a proposal for that site soon!

The site is huge–3.72 acres. And it’s zoned for at least 2.0 million square feet. Enough for at least 2000 apartments. Height limit is 800 feet, with 50 stories plus additional base and mechanical floors allowed.

I believe they tried to get a proposal up the pipeline during the first growth of development but then the financial crisis hit. Maybe they are gearing up for another shot! That would be great news if they did. 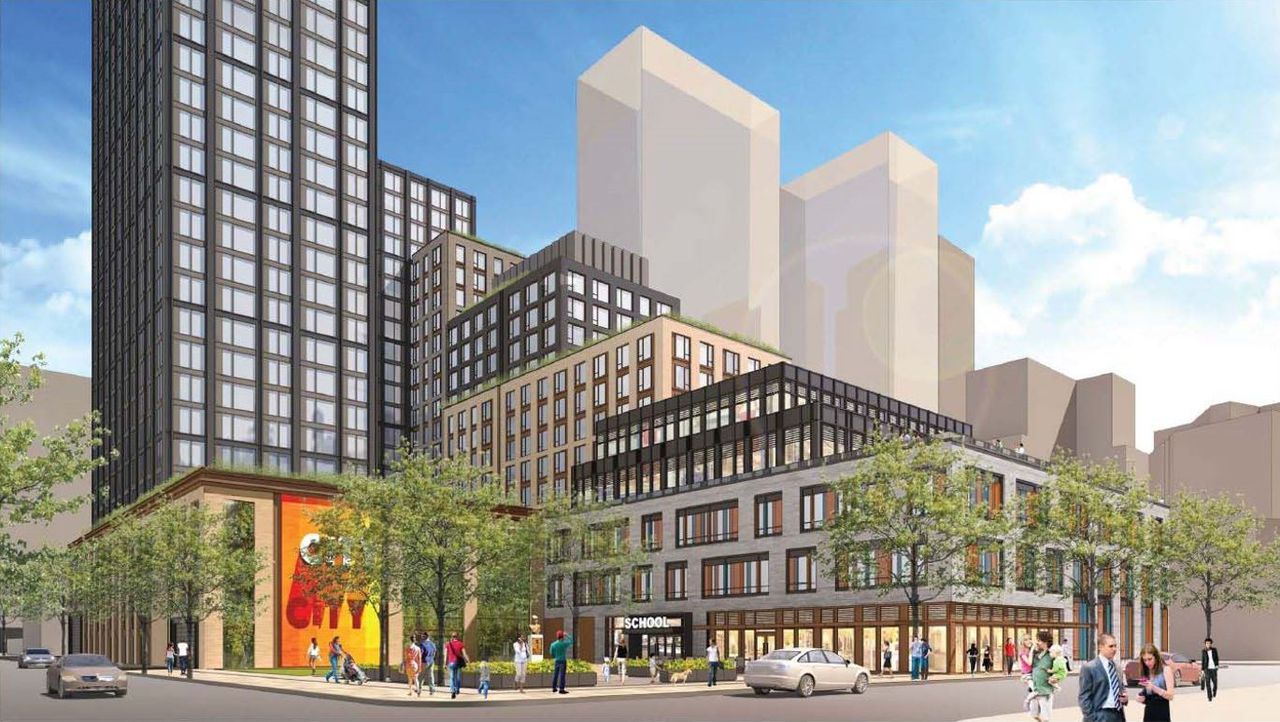 Could this lawsuit upend the plan to build a 50-story tower in Downtown...

The lawsuit focuses on two streets — Laurel Court and Saddlewood Court — that were designated as an area in need of redevelopment.

Planning Board will vote on rezoning the property next Tuesday. Here are some images from the draft of the redevelopment plan. The tower will be 50 stories tall: 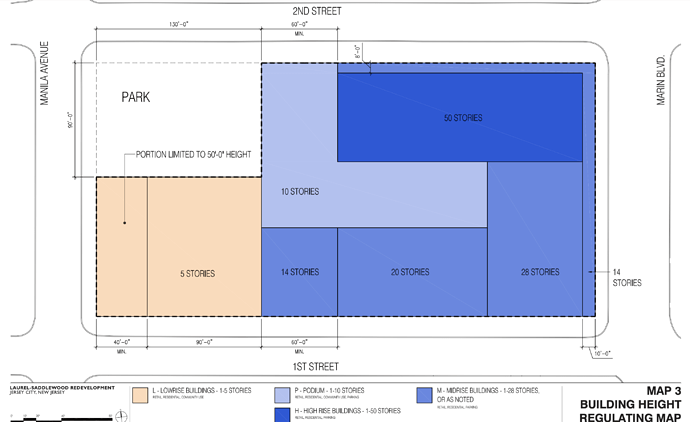 Here’s a link to the draft of the redevelopment plan: 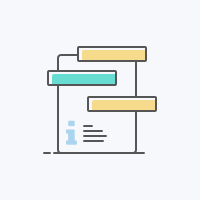 Review and discussion of newly proposed redevelopment plan Laurel-Saddlewood Redevelopment Plan. Initiated by Lennar Multifamily Communities LLC. Formal action may be taken.This is an application to the Planning Board of Jersey City. This case is...

The rezoning passed in the City Council tonight. 7 to 1 vote. 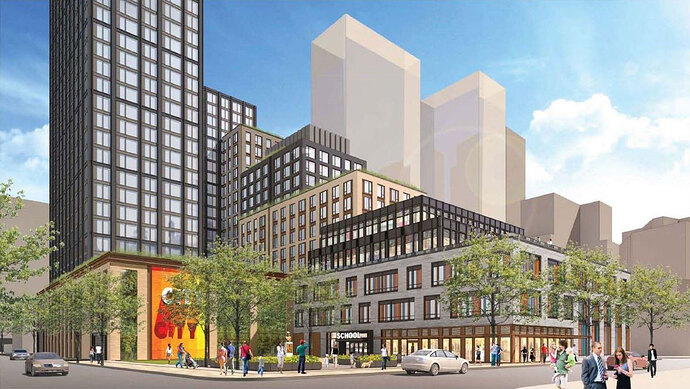 Jersey City has signed off on a scheme that would permit Lennar Multifamily Communities to build a tiered high-rise including 41 workforce housing units, a renovated park, and a 50,000-square foot public school.

Project has been killed 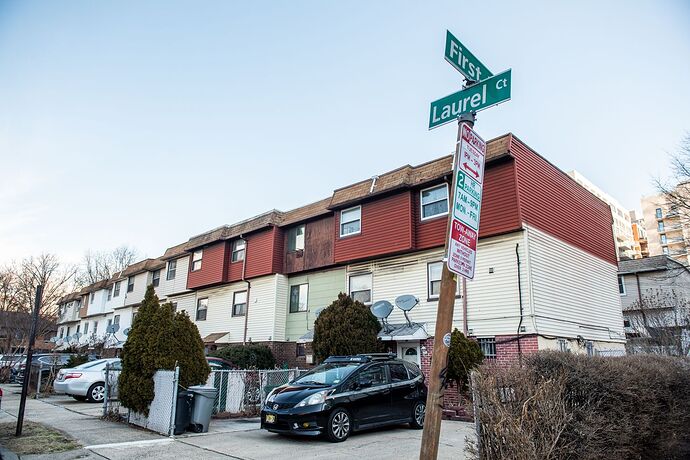 Using "100% union" labor on the project would have added $70 million to the cost, a source said.

Hopefully another builder steps in. The union labor excuse is bull; most of the workers on a major residential tower are union. It would be almost impossible to build non-union.

At a meeting today one of the city planners confirmed that Lennar walked away from the project and hasn’t walked back. The homeowners are still looking for another developer willing to build the site subject to the negotiated givebacks.

I really hope another developer steps in here. Or Lennar is playing hardball and returns. Or the neighbors drop their givebacks.

I assumed when the story broke that Lennar was playing hardball. But the likelihood of that is more remote as time passes…

At the Harsimus Cove Association meeting tonight, the mayor said the negotiations have been revived and the deall is back on the table. No details on that though.

Great news! Will be wonderful to see this move forward.