Related Group’s highly anticipated plans for One Brickell have been obtained by TNM.

A partnership led by Related is planning to develop three Arquitectonica-designed towers on the site, located at 444 Brickell Avenue:

The project will soon be reviewed by Miami’s UDRB and the Miami River Commission. 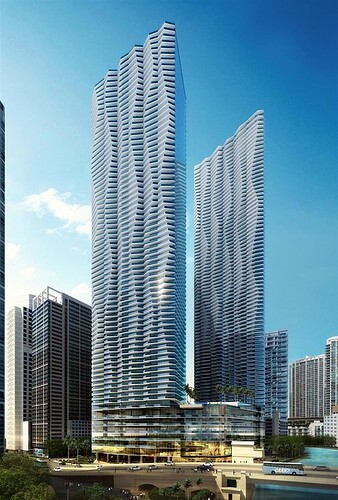 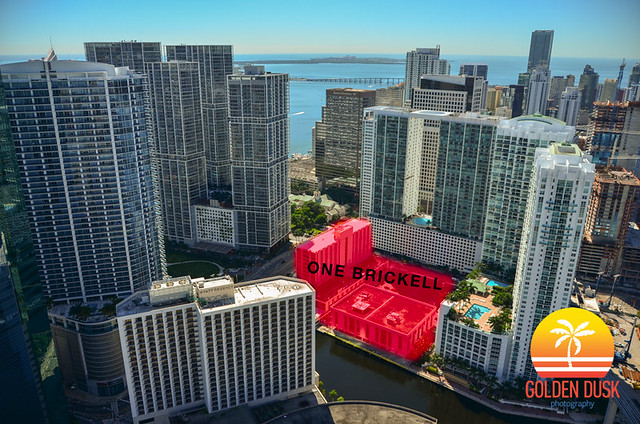 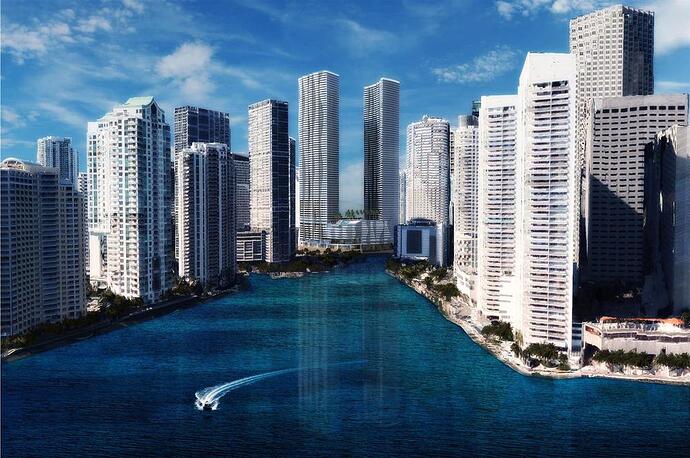 The overall project is to include three new towers, offering hotel and residential units, a centrally located podium atop a new parking structure, about 25,000 square feet of retail uses, and 40,000 square feet of office floor space.

Bernardo Fort-Brescia, founding principal of the architectural firm Arquitectonica, went through a presentation of site plans and renderings for One Brickell.

The three-building complex will form a courtyard, and the towers will have ground floor retail. Restaurants are also planned, as are two swimming pools. Loading is to be in the lower level of the central area.

The tower closest to Brickell, to be constructed in the final phase, is to be home to a five-star hotel with about 250 rooms and apartments on the upper floors.

The hotel lobby will be on the ground floor to activate the street, said Mr. Fort-Brescia, and planned restaurants too.

In addition, the entire frontage along the river is to be lined with “significant restaurants,” he said. By opening up the property along the river, the developer anticipates plenty of activity – “biking, jogging, parents with strollers” – said Mr. Fort-Brescia.

Review board member Fidel Perez had high praise for the development.

“This is a great project for Miami… an icon for the mouth of the river,” said Mr. Perez.

Carlos Rosso also spoke on behalf of The Related Group.

One Brickell will be built in two phases, he said. The two towers furthest from Brickell Avenue will be constructed first and at the same time, beginning in 2015, he said.

Of the residential back towers, one will be condo and one rental, he said.

The third tower will come in phase two. There is no timeline, he said, saying it “depends on the market.” Offices in the existing 10-story building have seven-year leases.

The final tower will probably be the tallest on Brickell and serve as a signature piece on the river, said Mr. Rosso.

Plans for One Brickell are expected to be reviewed in January by the Miami River Commission.

Related Will Pay City $15M For Additional Density At One Brickell

The city of Miami’s Public Benefits Program could be getting about $15.5 million in funding from Related Group.

As part of a plan to build the three tower One Brickell project at 444 Brickell Avenue, Related plans to buy an additional 868,399 square feet of development rights. At the current rate of $17.82 per square foot, Related will pay $15,474,870 to the city.

The first phase of the project includes a 75-story condo tower with 480 units, along with a 55-story tower with 500 rental units. Later, a third, 80-story tower is planned to include 249 hotel rooms and 420 condo units.

Respresentatives of the developer told the Miami River Commission’s Urban Infill Subcommittee last month that they will meet the required 50-foot setback from the river. A riverwalk will be built that meets zoning requirements and will extend underneath the Brickell Avenue bridge.

Related is requesting several waivers for the project, including view corridor setbacks and a 30% reduction in required parking spaces.

When is Related gonna see that in Downtown LA…More places like these in Miami will take like a bee to honey in DTLA! The Architecture is stunning in Florida as much as it would be if they “build it and they will come to downtown Los Angeles” too! I love this Miami style! It looks great! And really brings the people!

Since so many people are moving to Miami, I hope that Vinoly’s twin towers and the Waldorf are built.

They are all insured and will be handsomely paid in any case.

Plans To Build A 75-Story Baccarat Residences Are Moving Forward In Brickell,... 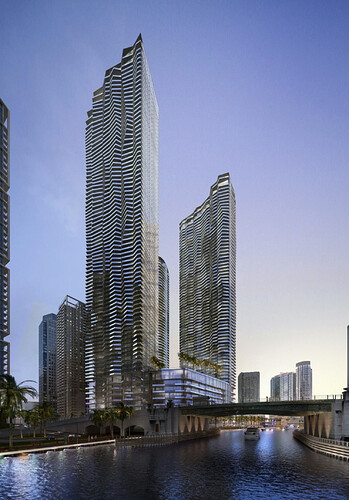 FAA Building Permits Filed For 897-Foot-Tall And 848-Foot-Tall Structures At...

This is a beautiful project that is worthy of America’s tropical paradise.

Wow. Didn’t know about the filing for tower 2. Thanks for the update. Corrected my article lol. 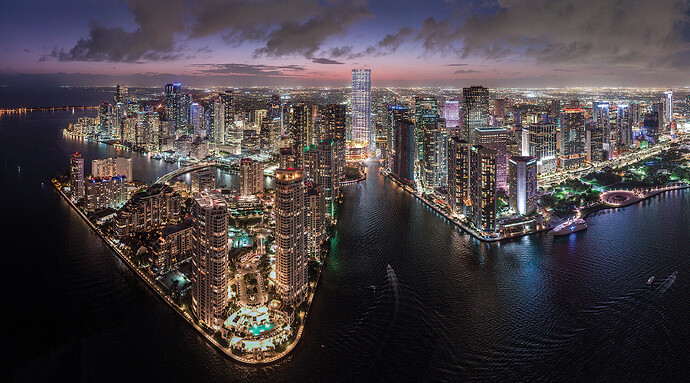