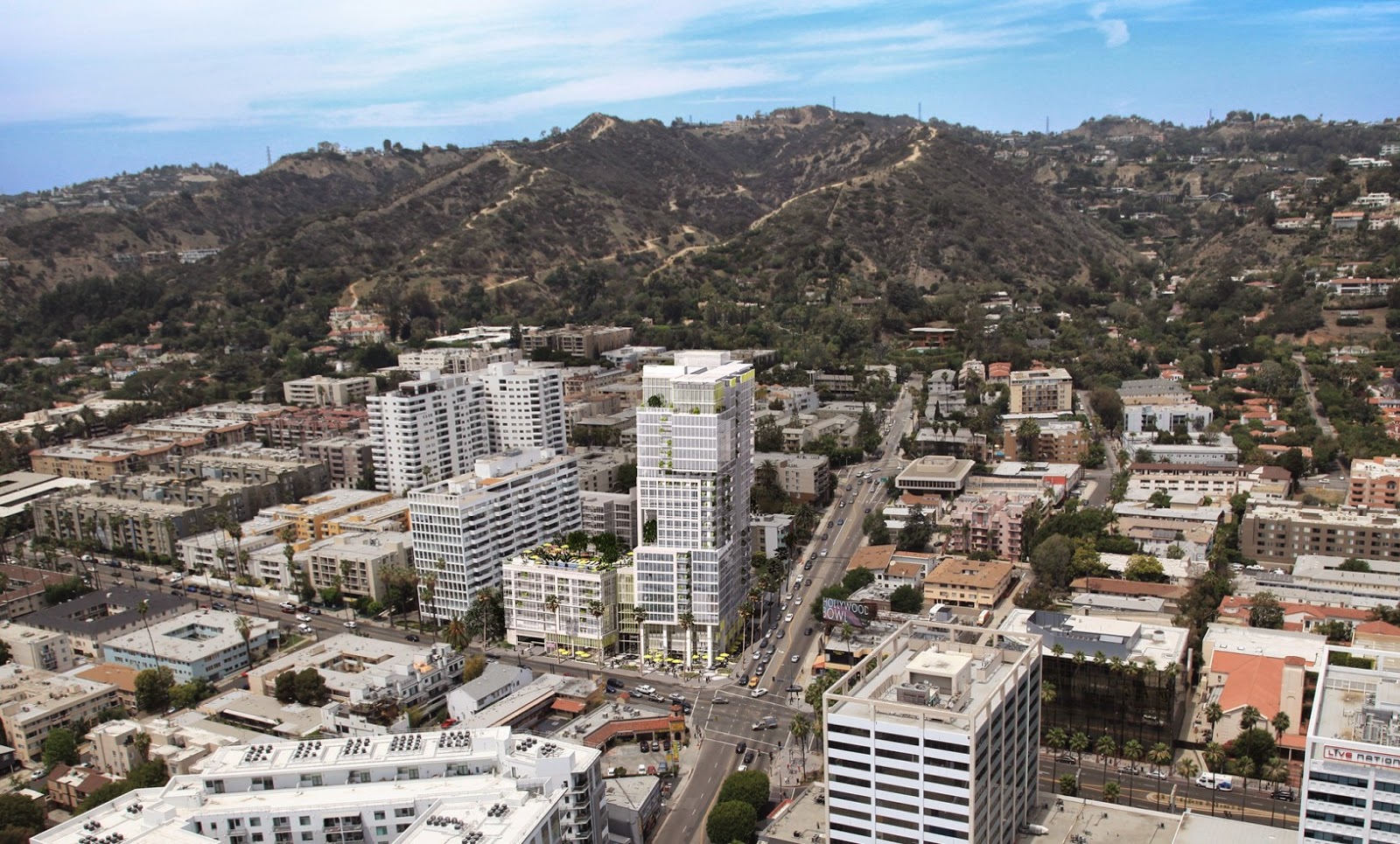 With an official website up and running, we can now take a closer look at the latest tower project slated to realign Hollywood’s low-slung skyline. The $150 million Horizon Hollywood - to be developed in collaboration by Kennedy Wilson and the LeFrak Organization - would create 410 residential units and 10,000 square feet of ground-floor commercial space just a short walk from Hollywood/Highland Station.

Designed by Santa Monica-based GMPA Architects, Horizon would erect a trio of modern buildings on a two-acre property currently occupied by Mosaic Church. A 26-story tower known as the La Brea Building would be the centerpiece of the development, rising 275 feet from the intersection of Hollywood Boulevard and namesake La Brea Avenue. Renderings portray a white color scheme for the high-rise, similar to that of many nearby historic structures.

Moving northwest from the busy intersection, Horizon’s buildings would step down in height to match the scale of adjacent developments. The eight-story Boulevard Building, to be located in-between the aforementioned tower and an existing residential mid-rise, would stand 88 feet above street level. The six-story Courtyard Building, the smallest of the proposed structures, would rise 65 feet at the northernmost corner of the development site. All three buildings would be served by a wide array of amenities, including roof decks, a fitness center, conference and media rooms, and an outdoor pool. 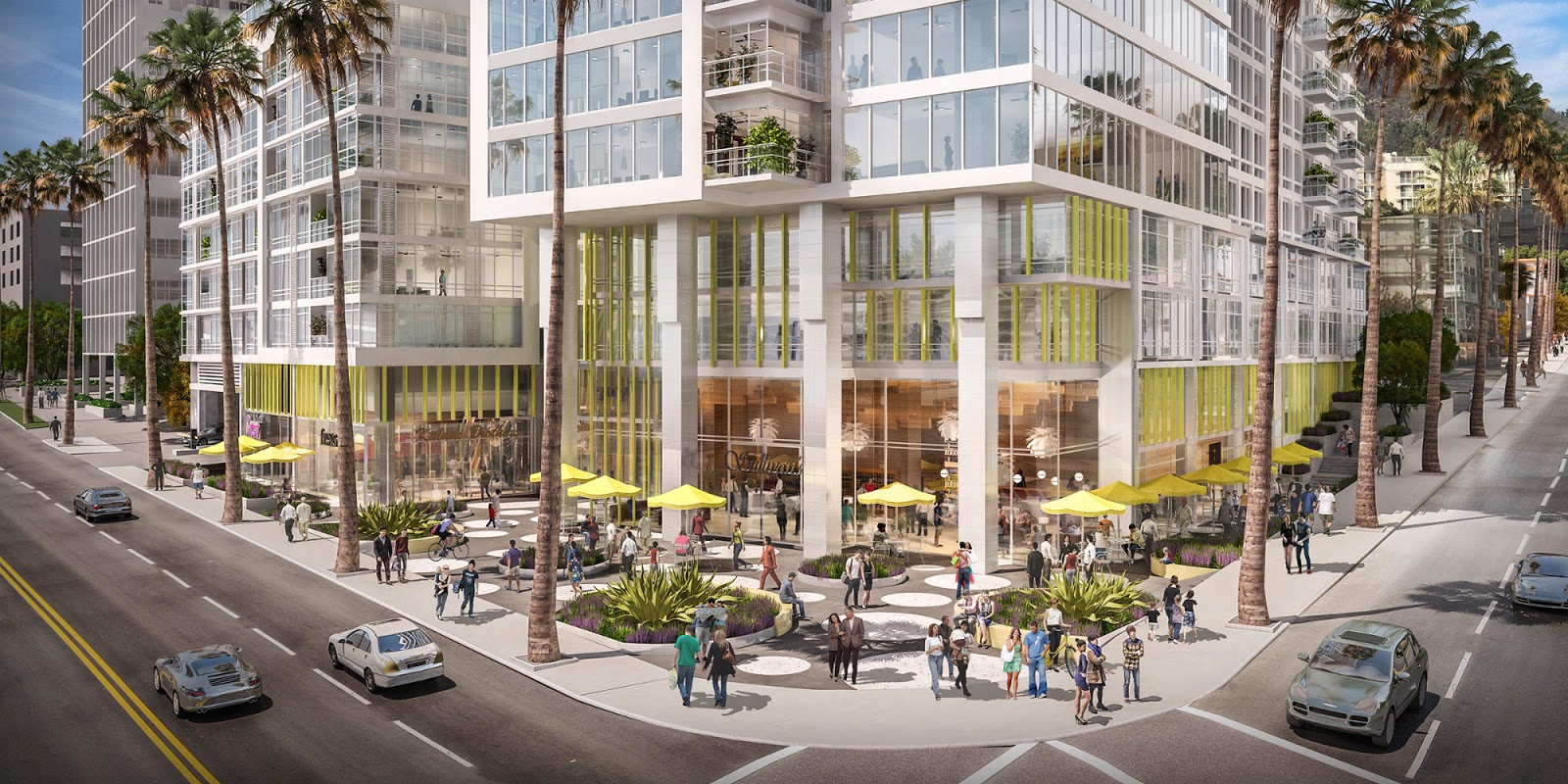 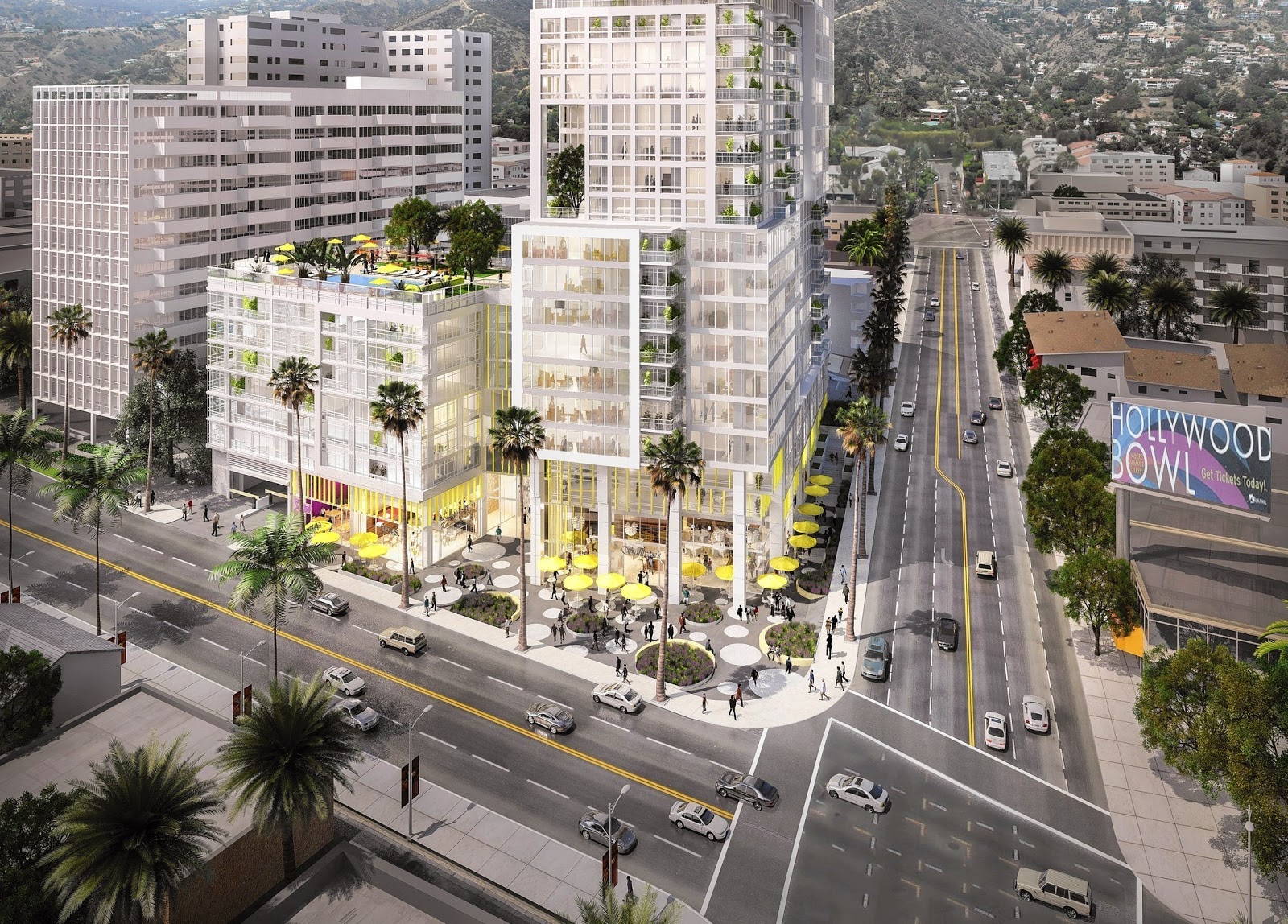 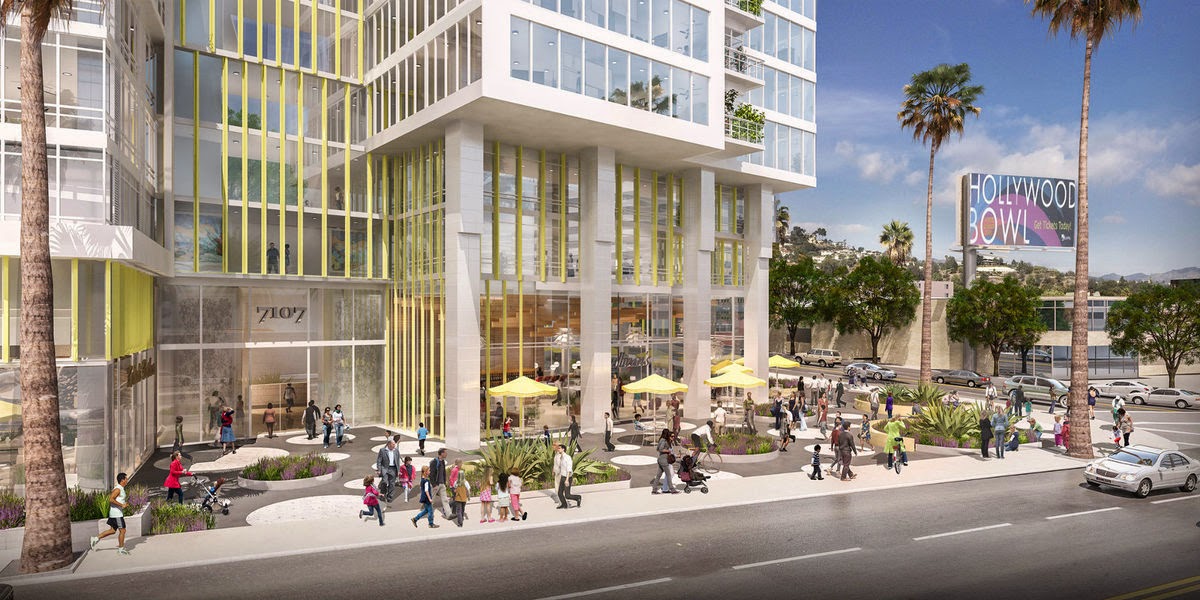 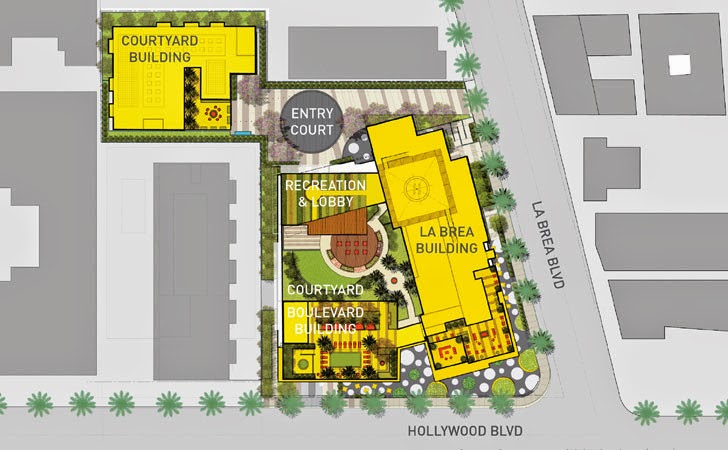