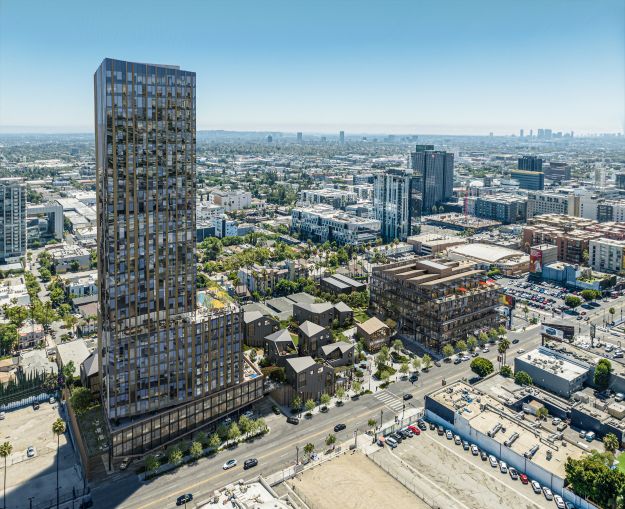 The Sullivan family, owners of the well-known Toyota of Hollywood dealership, has proposed a major redevelopment of their property that would add a landmark mixed-use project along one of the main Hollywood corridors in Los Angeles.

The plan at 6000 Hollywood Boulevard includes adding a 35-story multifamily tower to the district’s skyline, along with a six-story office building and a series of low-rise residential townhome structures near the east end of the Hollywood Walk of Fame. The full project calls for a combined 350 units — 44 of which will be designated for very low-income tenants — and 136,000 square feet of office space.

I think this will beautify that street from Bronson to Gower on Hollywood Blvd. A great deal. As well as across the street. I grew up here in Hollywood. We came in 1966 from New York. I can remember everything from stores to theaters that no longer exsist. Yes Hollywood was beautiful back in those days 60s 70 's and 80’s. Now alot of movie theaters shut down which shouldn’t be that was what made Hollywood Hollywood not to mention all the studios. 20th century fox. Was our back yard. When we wanted to sneak in. We would go Thier. Between sunset and fountain to western and Wilton . Kttv Ktla CBS on sunset bl. Motown records on ivar and sunset. The Cinerama dome. I pray that the developers don’t just build around them but put some equity into them bring Hollywood back. Please.