The two massive parking lots that face Staples Center will likely be gone by the end of the decade, with the Fig/Central project and, a block south, a very tall development headed up by Jamison Services. Harley Ellis Devereaux is working on designs for this giant mixed-user, which features two 35-story towers bearing the name 1200 Fig at their apex in renderings on their site. The towers will sit above a very flashy eight-story platform of retail, electronic signage, “public art,” and a shitload of parking. The 50,000 square feet of retail will be “sports-themed,” according to the architect, with 648 “high-end condominiums” above, ranging in size from 750 to 4,000 square feet. A hotel may also be part of the project, along with even more retail, and Jamison and team want to break ground this year, according to a January story in the LA Times.

Los Angeles is pretty much built out. The only way now is up! I’m liking all of these developments. 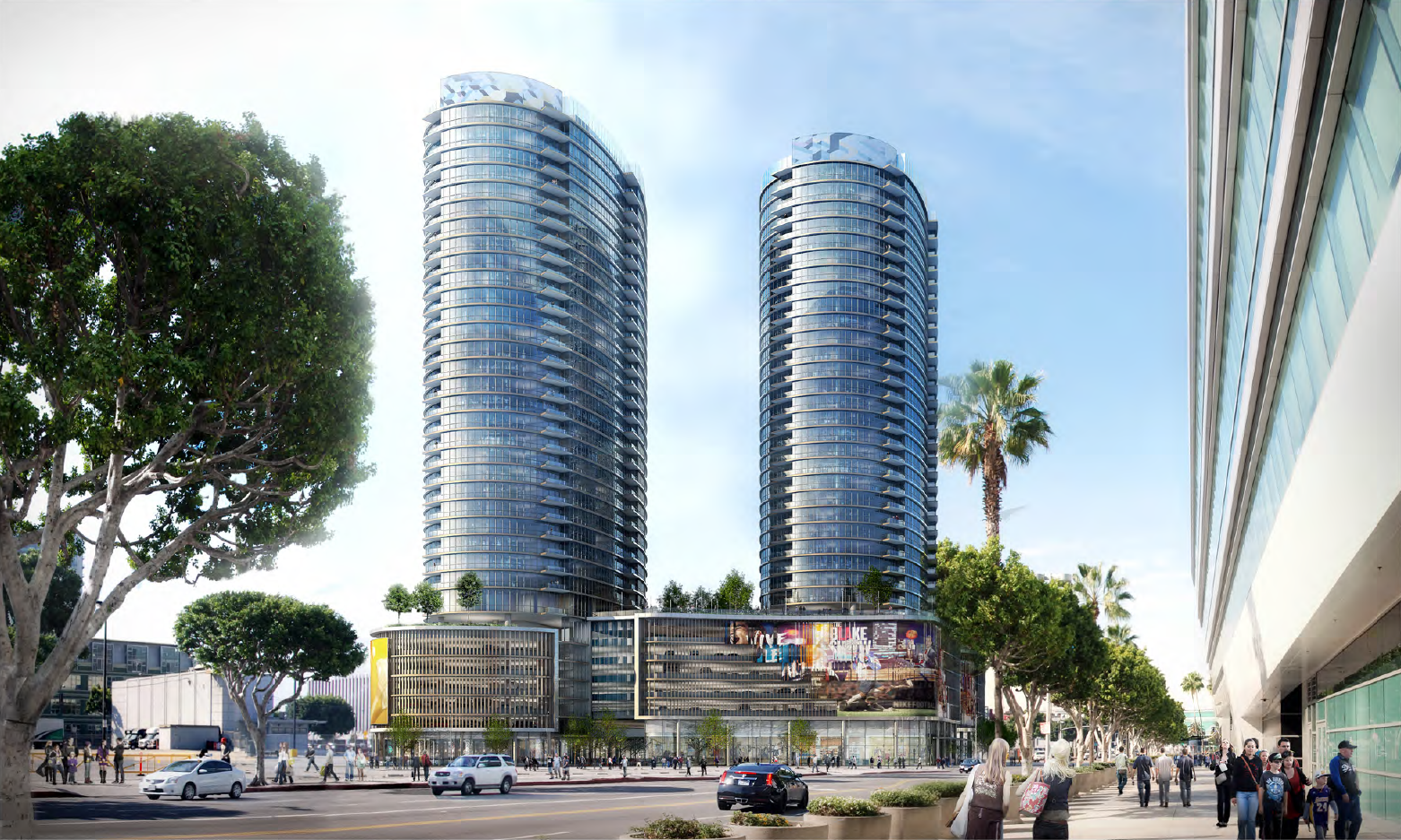 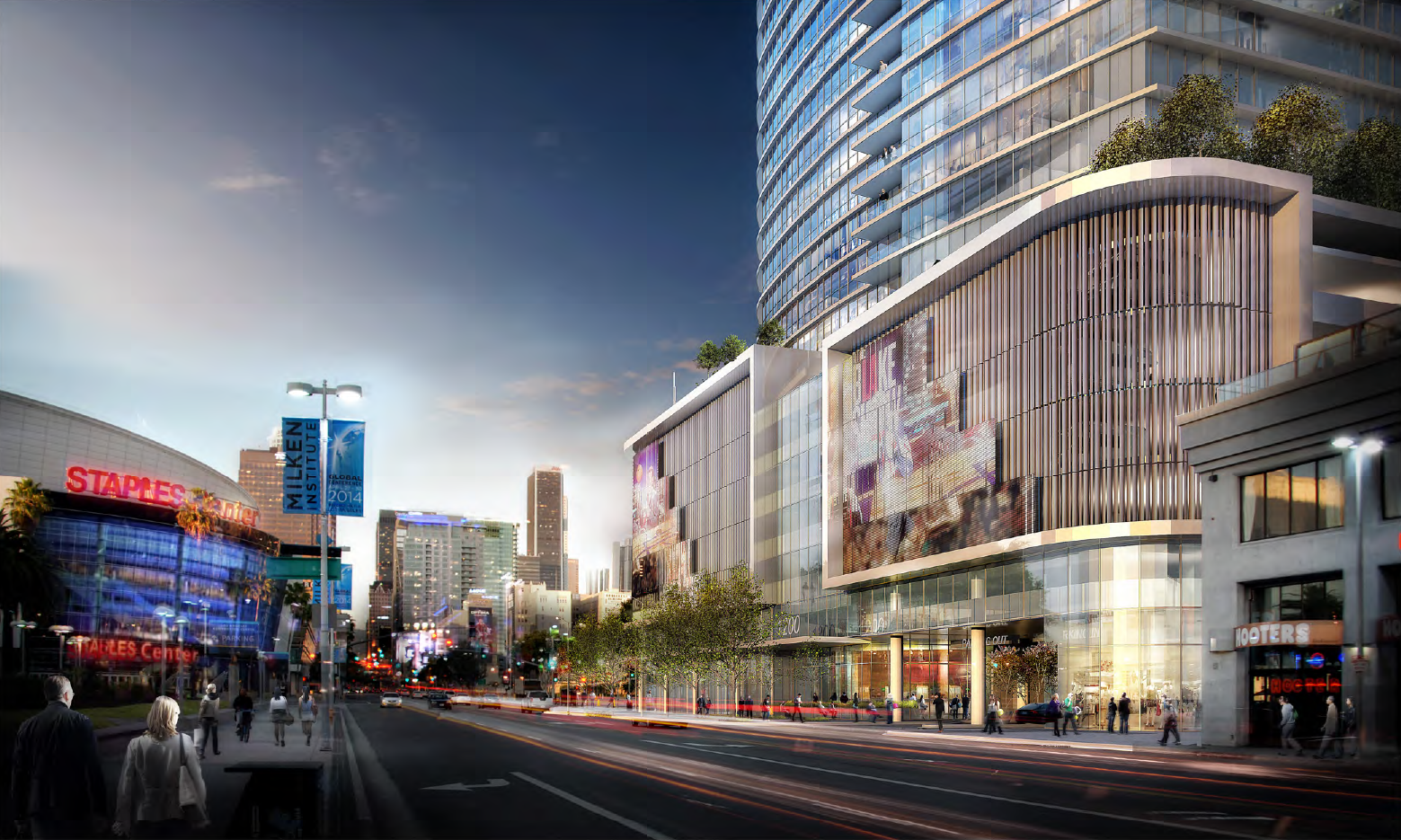