„ The tower reported to be even taller than Merdeka 118, is apparently still its planning phase and is said to be located where Kompleks Antarabangsa and Crowne Plaza Hotel once stood.

According to the Edge Markets, the tallest skyscraper in Malaysia will be constructed adjacent to the Bukit Bintang Plaza, which is in the process of redevelopment.

Architecture firm Woods Bagot reports that the building would feature retail stores on the ground floor, followed by offices, which will occupy the majority of the floors, followed by residences and accompanying amenities.

It was reported that the the upper levels,of the megatower will be developed into serviced apartments with their own amenities, hotel rooms, and a museum.

The global architecture and consulting firm said the tower is inspired by Islamic geometry and biomimicry, and will fit right into Kuala Lumpur’s ‘Golden Triangle’ business hub.“ 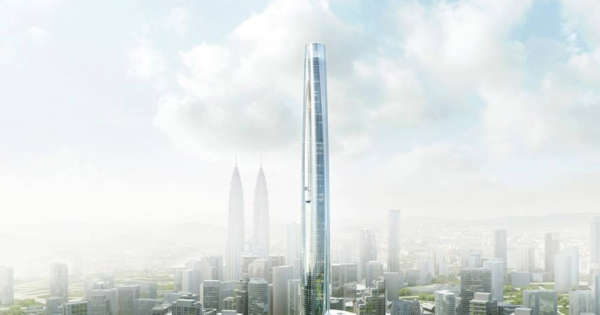 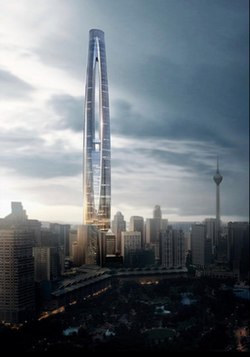