Toll Brothers is moving ahead with a 38-story apartment building in Jersey City, putting an end to the battle to keep the project from being developed in a local arts district, the Wall Street Journal reported.

The first phase of Provost Square is a $185 million, 420-unit project that Toll will break ground on this spring with an eye toward a 2015 move-in date. The complete project, located in Jersey City’s Powerhouse Arts District, will eventually have 925 condo and rental units, retail space, a 550-seat performing arts space and a pedestrian plaza.

Toll first sought to build the development in 2006, but had to counter a lawsuit to block the project brought by the Powerhouse Arts District Neighborhood Association, which argued that the project would mar the area’s character. Toll won the right to build the project in 2011, and has since been steadily finalizing plans.

The neighborhood association couldn’t be reached by the Journal for comment.

Toll’s decision to build in Jersey City is an indication that the area is increasingly being perceived as an extension of New York City. At the end of last year, Jersey City’s average asking rent was $2,721 a unit, a 5 percent year-over-year increase, according to Reis Inc. The area currently has 970 units under construction, with another 4,778 in the pipeline, excluding Toll’s project.

“The Jersey City market is a very strong market,” Fred Cooper, Toll’s senior vice president of finance and investor relations, told the Journal. “We think the timing is great.” 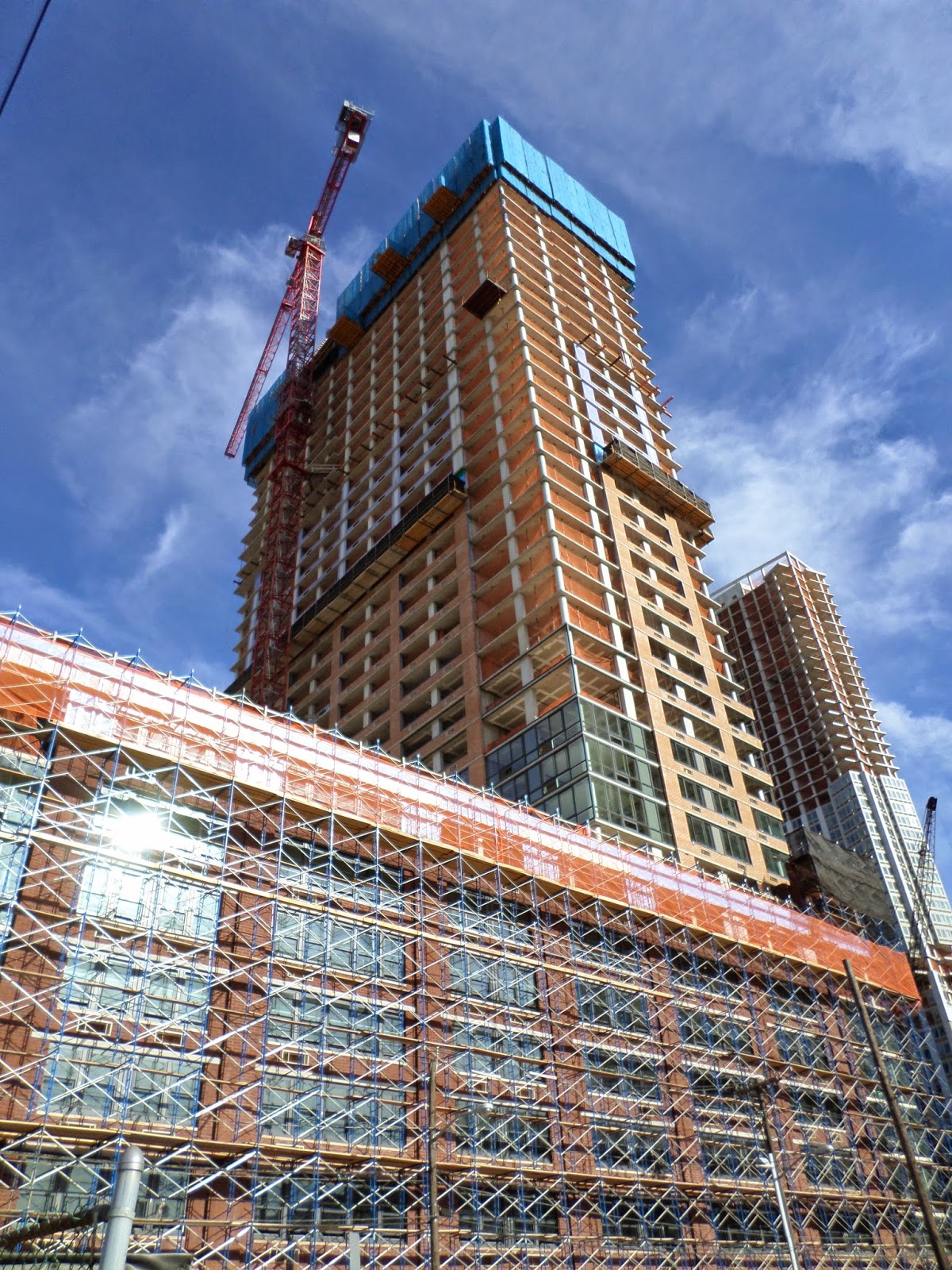 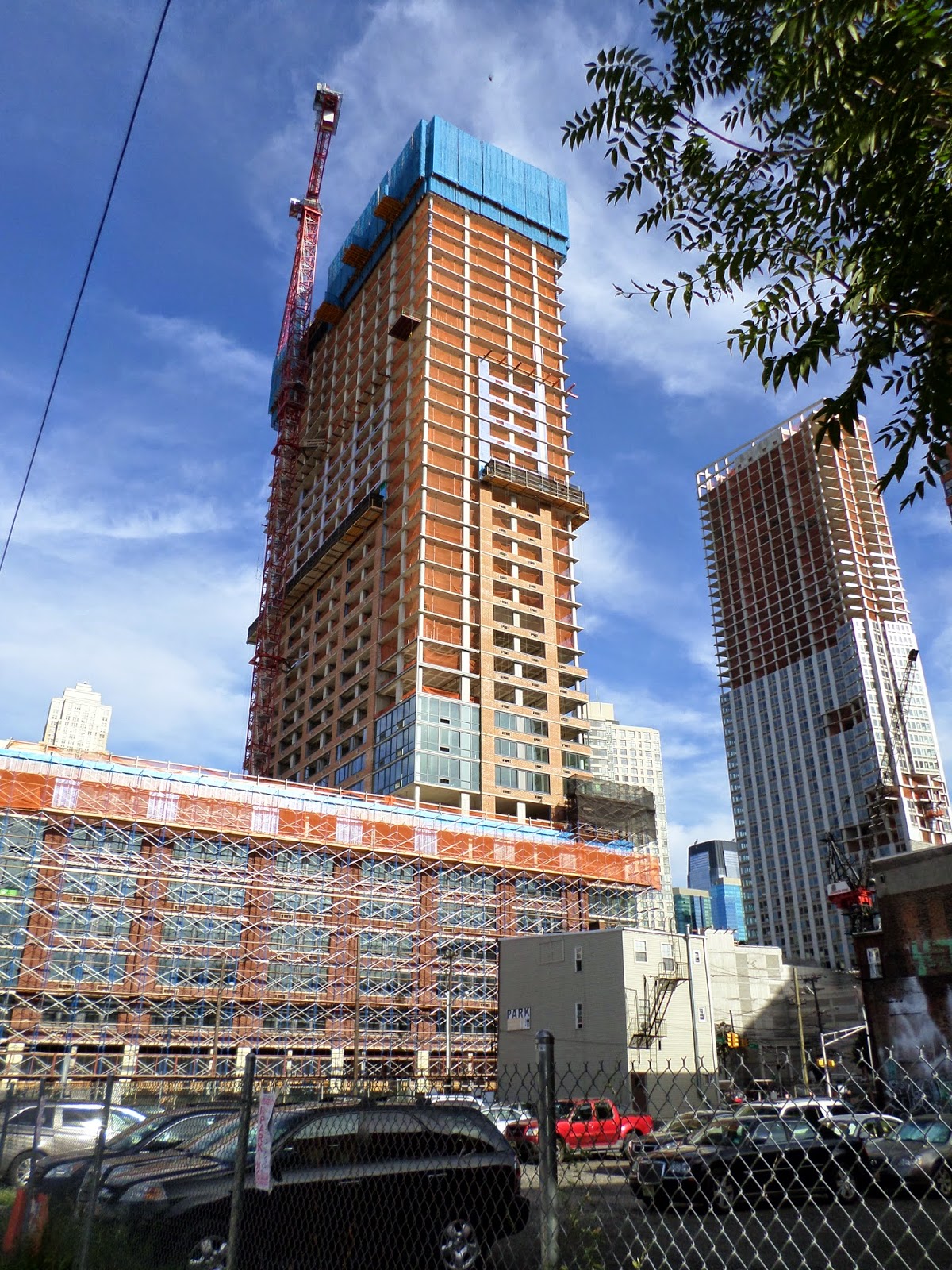 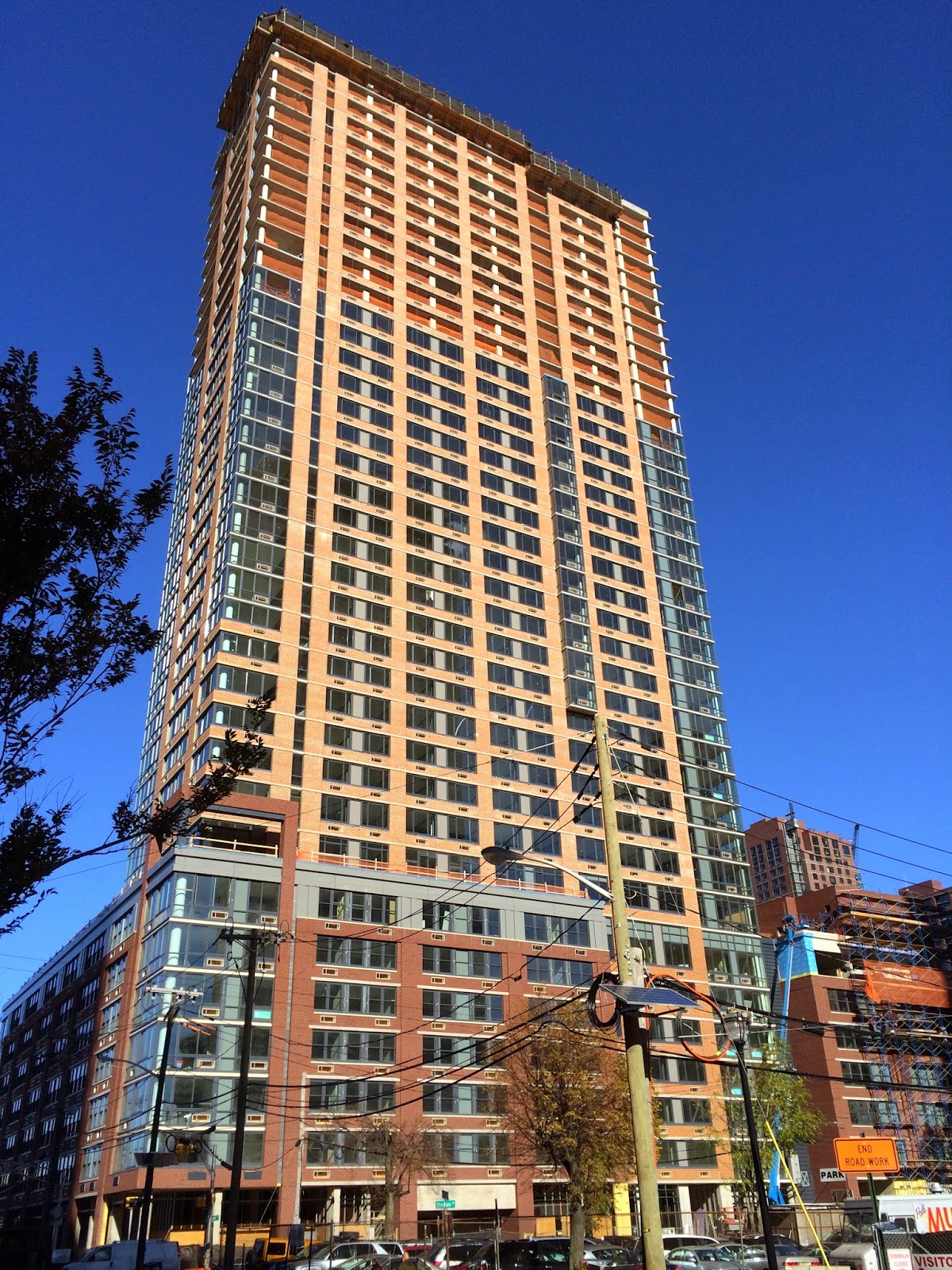 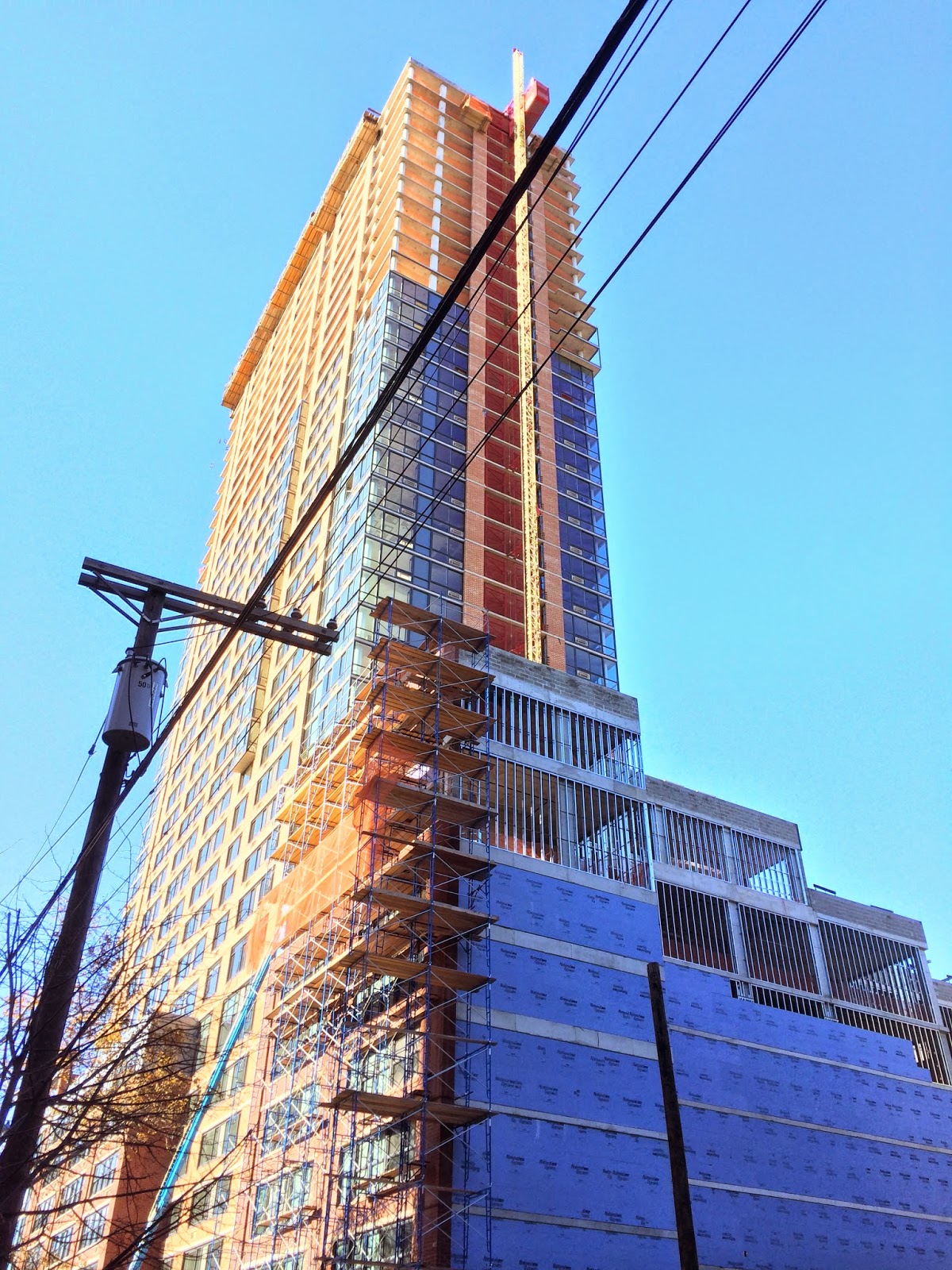 First tower has been complete for a while. They drove piles into the ground of the 2nd site months ago. Today was the first sign of any construction starting up again. So it looks like this will start rising soon.

Taken yesterday from the 31st floor of the morgan(phase 1).

Starting to rise a bit.

Quite a significant project! Yet, no idea of height. I scoured the internet to no avail… Does anyone know where we can find that info?

Also did some sewrching but couldnt find an exact height either.

Next time I am in the building (phase 1) to visit my friend I can ask the concierge. Maybe they know?

Also a funny anecdote. My friend saw them erecting the tower crane for phase 2 a week or 2 ago and saw a worker walking out on the boom 300 feet up. Saw him piss in a bottle and then he dropped the bottle. Exploded when it hit the ground. Haha. I guess that is what you have to do up there instead of climbing all the way down to use the bathroom. There are pics but probably not appropriate. Lol.

Saw him piss in a bottle and then he dropped the bottle. Exploded when it hit the ground. Haha. I guess that is what you have to do up there instead of climbing all the way down to use the bathroom. There are pics but probably not appropriate. Lol.

hahaha funny story tho
Good idea to ask concierge, I would do as such but I don’t live in Ny.
If that doesnt work I’ll give them a call I guess. Keep us in touch!

Nice updates JC, try to get a photo of the entire crane, if possible.

2/2
forgot to get the whole crane in again but I think there are a few from a month ago above.

Looks like they are almost done with the first floor. Should start to rise faster soon. Got some tower crane shots this time.