Yet another tower is in the works for Journal Square, which is apparently about to become home to the fourth most impressive skyline in the New York City region; renderings have been posted on Kushner Companies’s website for an Ismael Leyva-designed skyscraper set to rise at 30 Journal Square.

The limited glimpse is still comprehensive, and the skyscraper’s bulk will be impressive; the tower will step-down towards the old Jersey Journal building at 30 Journal Square. While structures worthy of preservation are few and far between in Journal Square, the Jersey Journal’s headquarters definitely fits the bill.

Integrating the historic building will keep some element of the ‘old’ Journal Square alive, even as the neighborhood sets a rapid course for revitalization; besides the latest proposal, two additional mega-projects — City Center Towers, and Journal Squared — will also rise in the vicinity. Together, the developments will play a crucial and beneficial role in transforming the neglected hub, which has massive potential and capacity as a residential commuter node.

In terms of form and function, 30 Journal Square looks to be significantly more attractive than typical outer-urban developments, and besides incorporating the building currently on-site, it will create a street-wall along the rest of its block, which speaks to the project’s pedestrian-friendly form. The rendering comes with a description noting the tower will have 525 apartments, and a floor count reveals the skyscraper will stand slightly over 40 stories tall.

No completion date has been announced, but Douglas Elliman’s website has the data for the sale of 30 Journal Square, which went for $3.525 million. Given the project was included in Kushner Companies’ 2013 brochure, it seems the acquisition was recent — and with a surge in activity encompassing surrounding blocks, construction may begin sooner rather than later.

This was approved today!

Changed the title to reflect some public meeting info: 72 floors!

This is great news! I thought this was bumped up a few months ago but maybe that was just a proposal. So i guess that proposal was just passed? Either way this is exciting.

The member who attended the meeting, CIA, said that he heard that the elevation was over 900. So in anycase, possibly this is 850-900 ft. I’d imagine it would be that size. Plus the demand is there to support a tower like this and a slew of other 700+ towers.

Kinda like Urban Ready Living (URL) in which phase 2 and 3 will start eventually. With that project, I know they are waiting for Phase 1 to reach a certain % of sales before moving to the next. But that shouldn’t be a problem as the first tower has been doing pretty well.

The demand is here, and JC is really experiencing a Manhattanization effect. Hopefully it spreads to Newark. Imagine a skyscraper node in Newark… something different than its 465 ft tallest.

Newark should see the same happen, just needs to spark at this point, with Teacher’s Village and other infill progressing it is certainly improving.

The news out of Journal Square is pretty crazy – suddenly two ~900’ towers planned! With a collection of 50+ story buildings also in the mix, the changes impending there are phenomenal. 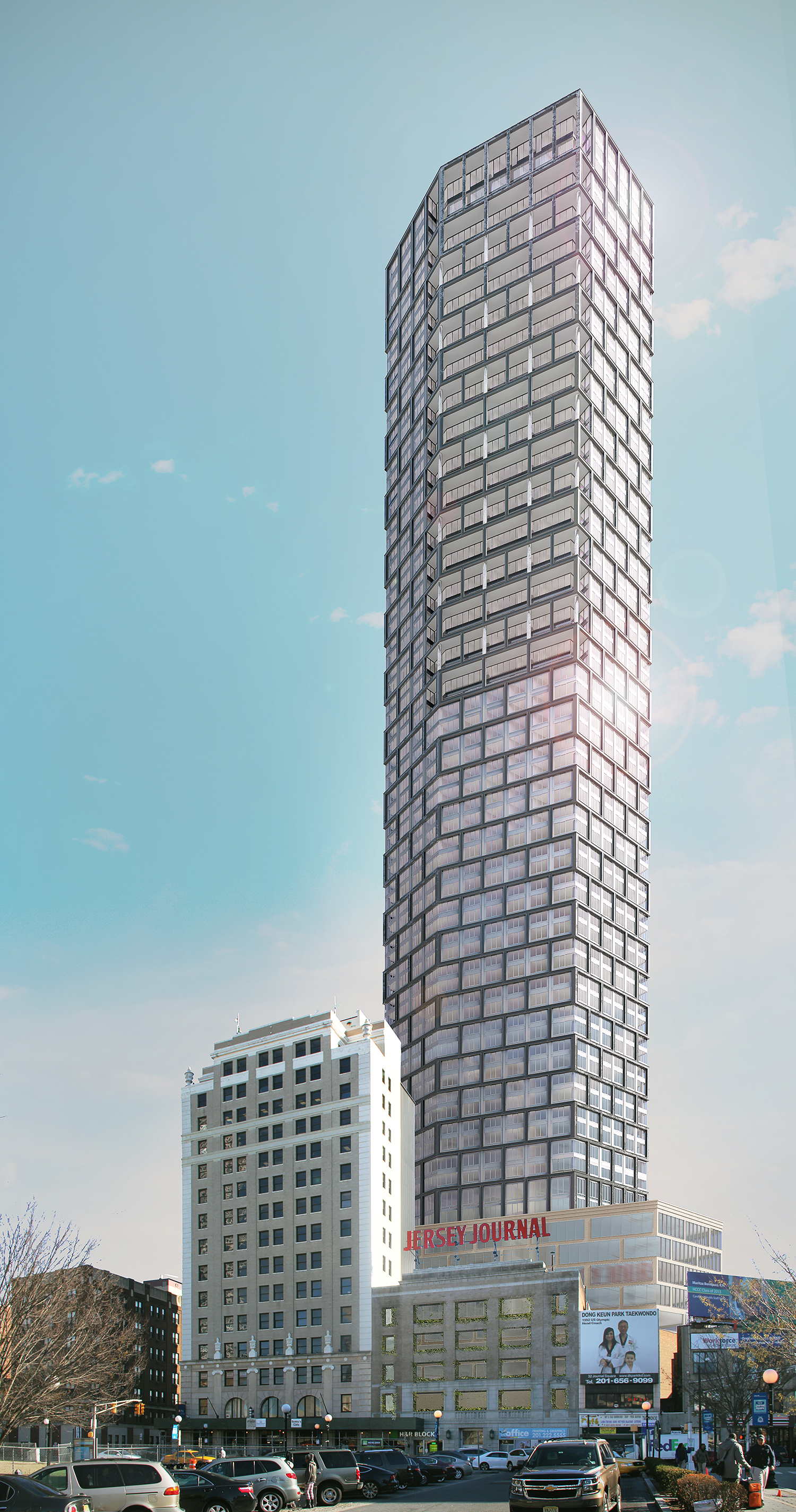 This is the back of the jersey journal building where the parking lot will become the main part of the tower. I think a while back there was an old proposal for this tower complex to have some public space like a park as well. Not sure if that is part of the current approved proposal though.

I really hope this does start later this year.

New details for 30 Journal Square have been released. Morris Adjmi Architects is the designer while Kushner Companies is developing the Jersey City site.

Me too. We need to keep this momentum going in JSQ!

This is really great news, but I’ll hold my breath until I see actual work commencing. This does not bode well for One Journal Square rising anytime soon because of litigation, etc.

FAA docs say this should be under construction already

No permit applications for construction or demolition have been filed with the city for this project.