A 13-story, 240-unit residential project set for Journal Square, the latest housing development planned for the Jersey City neighborhood, has received a $19.2 million tax break from the state.

The luxury rentals will be built next to an existing office building and above an existing parking dark that was developed in 1984 by Hartz Mountain, which is helping to develop the new building with former local Democratic bigwig Joe Panepinto and Garden State Development Inc.

Gus Milano, Hartz managing director, said the project was originally going to an office building. But with rents rising Downtown, and the PATH hub just down the street, developers saw a “wonderful opportunity” to convert it to residential, Milano said.

“We think that Journal Square has a lot of potential,” he said. “We’re delighted that other developers think that.”

The developers hope to begin construction next spring, with an anticipated opening in winter 2015. They expect to create 400 construction jobs.

City spokeswoman Jennifer Morrill said developers behind the project last week applied for a long-term tax break from the city, known as an abatement. Milano said it’s impossible to build anywhere outside of the Downtown without help from the city and state. 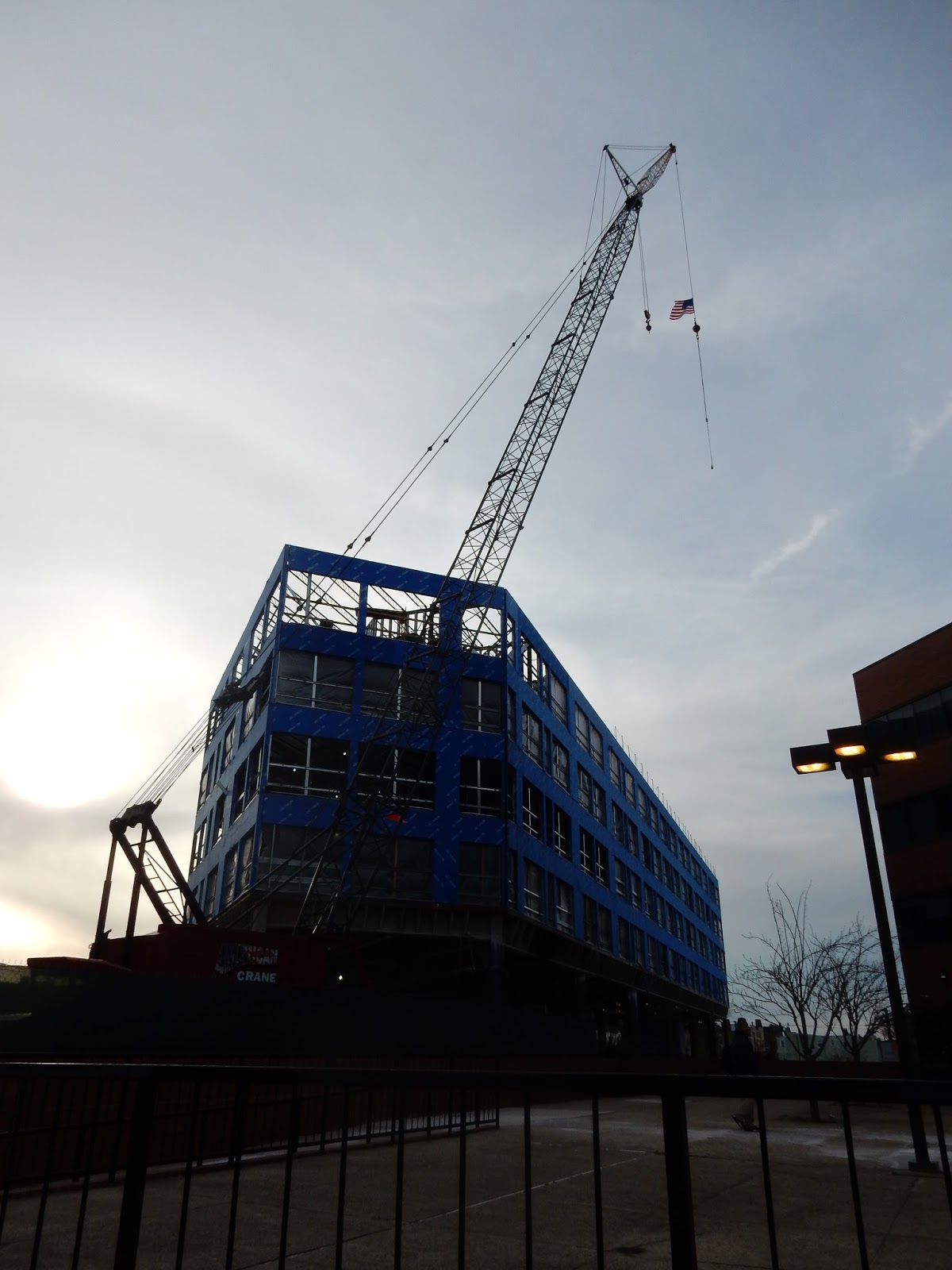 I think this is topped out. Taken Friday. Leasing for 3 Journal Square to start later this month - NJBIZ

Hartz Mountain Industries and Panepinto Properties are getting set to officially open leasing operations at their 3 Journal Square property. The developers have set up a temporary leasing office and launched a website, stating that leasing will...

Historically, the Journal Square area of Jersey City has been known as a business district with its fair-share of brownstones and prewar walk-ups but