The owners of 144 First Street – current tenant, Parlay Studios – presented a new design on October 30th, 7pm, based on the immediate feedback from attendees of the August 6th presentation. The architects moved the height on Second Street side of the building to the First Street side, reducing the height, but the unit count stayed the same. The design is almost identical to initial presentation – glass blocks and brick abstract section on Provost and rectangle on the lower portion four floors of First Street facade. Not industrial looking at all, very contemporary, similar to Toll Brothers down the street.

One important issue has not been addressed – the density and height. A majority of this block (transition zone) has a maximum written into the PAD Redevelopment Plan stating 90 feet and FAR:7. The owner, Nino Cohen, is presenting a height approx. 125+ ft. and FAR:11-12. This lot is unsuitable to include a parking garage – so new residents would be parking on the public streets; closest parking garage is three-four blocks away. An amendment to the PAD Plan will be needed to allow for any height and density increases from the original structure, as well as design changes other than an industrial look. The Rehabilitation Zone is quite clear in its wording as to what is allowed in current plan. 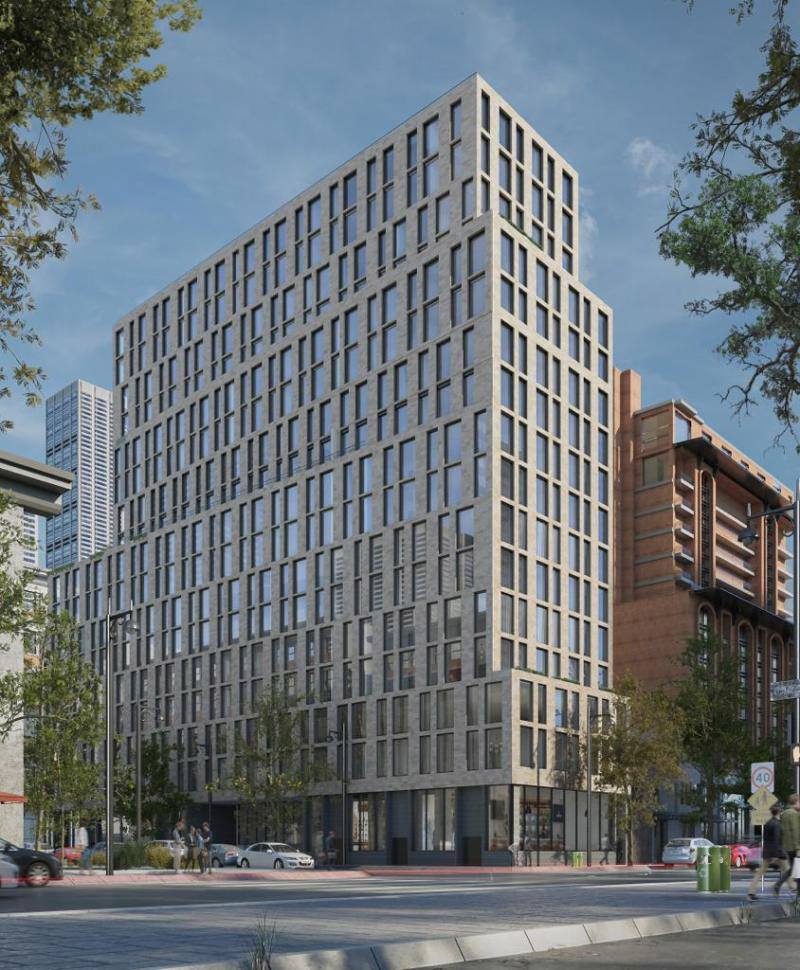 EPIRE, a real estate investment firm, has acquired the development rights to construct a new mixed-use property at 161 Second Street in Jersey City. 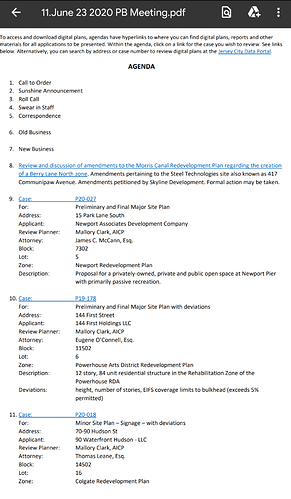 The proposal went through the Planning Board meeting earlier this evening. 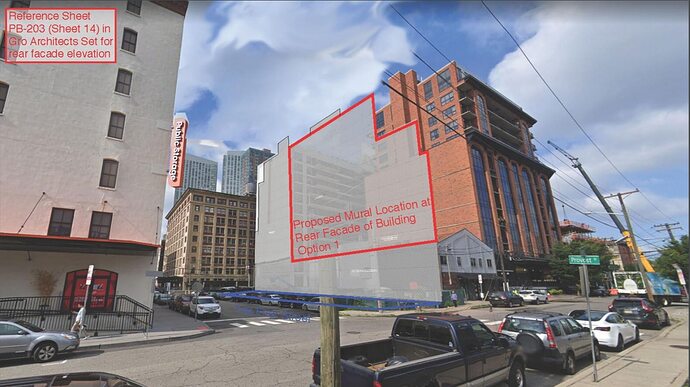 Could Jersey City get a pollution-fighting mural?

The mural would be painted with Airlite, a type of paint whose makers claim it can fight air pollution.

I guess? Kind of cool, if it works. Bit of info from the article:

Under the proposal, Epire’s building would include 10% affordable units. The developer is seeking a height variance to build up to 12 floors.
The Planning Board will hear Epire’s application July 7. 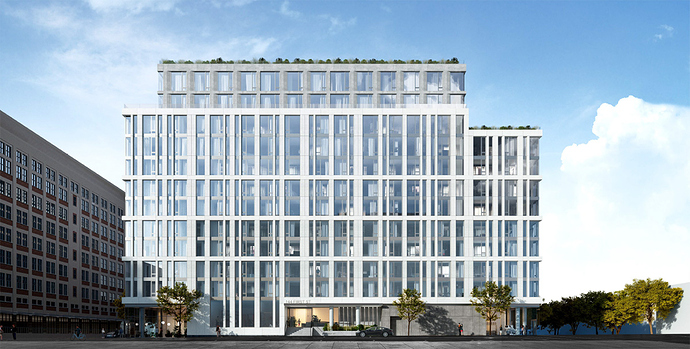 EPIRE reveals the final architectural renderings of 144 First Street in Jersey City, a 13-story building with a mix of residential and retail area.

Looks like this development’s neighbor (a company called DVORA) is trying to block this: 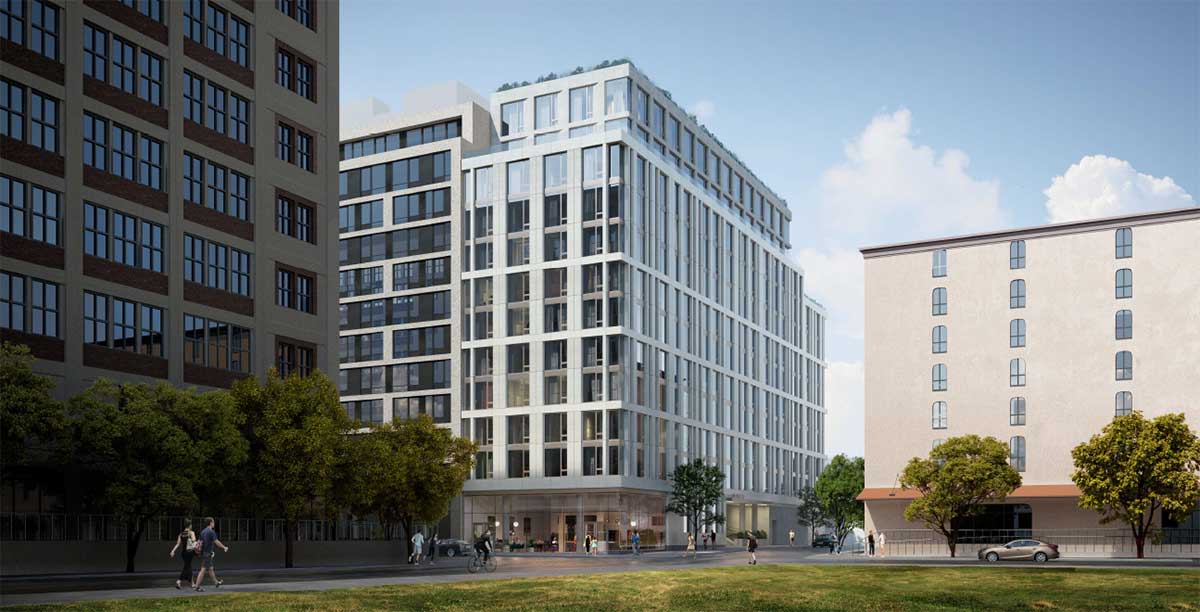 DVORA is looking to the courts to stop a 12-story project at 144 First Street, which they claim was improperly approved and will block their New York views.

Quote of the article from Epire Founder and CEO Alessandro Bonati: "“Unfortunately, everyone in Jersey City knows [DVORA CEO] Eyal Shuster by now and his litigious and arrogant behavior,” said Bonati. “He might have a business model based on wasting judicial resources and attorney fees.”

Can anybody shed some light on whether or not they have a case?

I’ll leave that to the legal experts. I will say that clearly, many buildings in the redevelopment zone exceed 11 stories - I don’t know what that will mean for this particular case though.

Oddly, there’s some equipment on site - so it seems that Epire was looking to get started pretty soon. 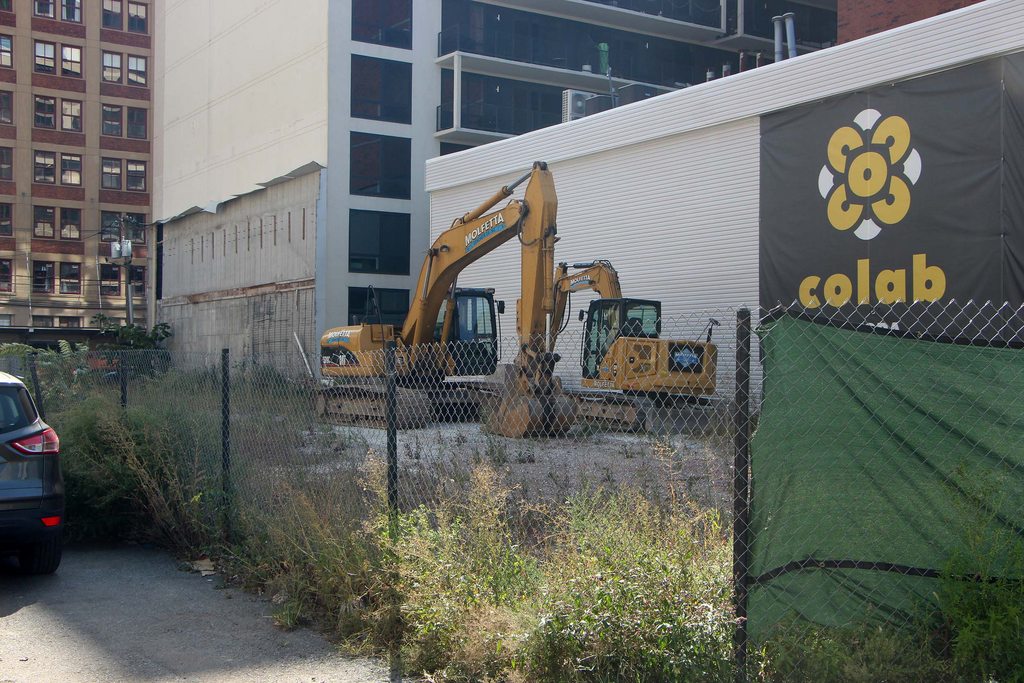 Some movement on the site, but full excavation hasn’t started yet. In the past two weeks, looks like some fencing was delivered (first picture is from around a week earlier than the second) 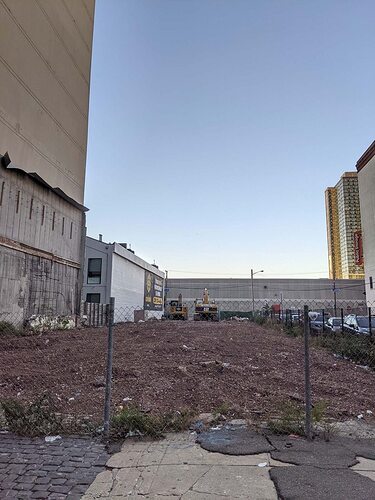 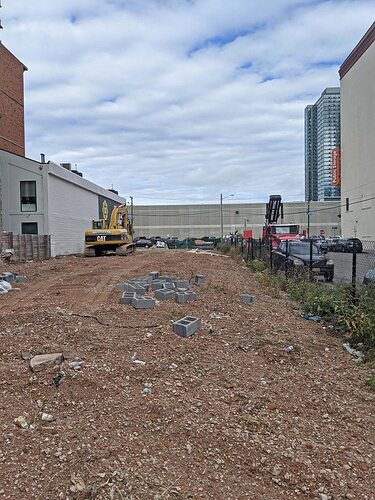 And now, excavation has begun (lawsuits aside) 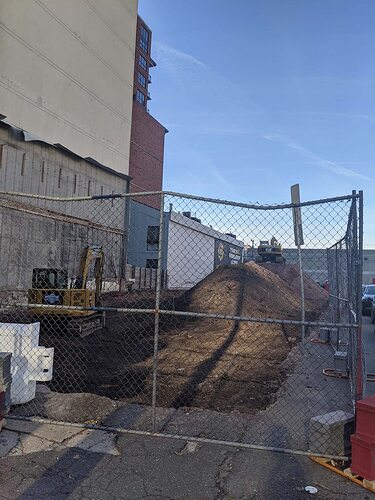 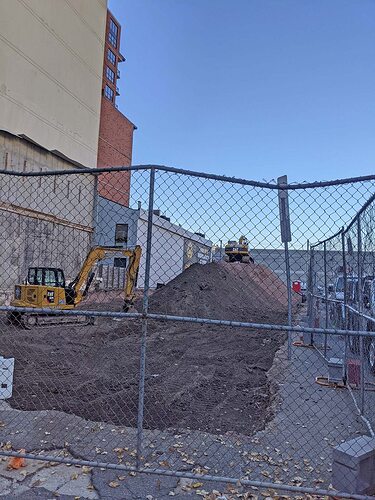 This one got its footing/foundations building permit today (listed on SDLPortal as 43 PROVOST ST). Should be seeing it rise in the coming months. 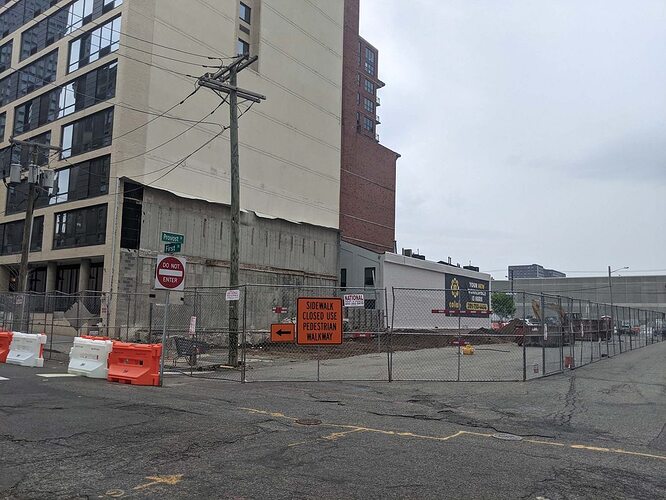 About to start piling 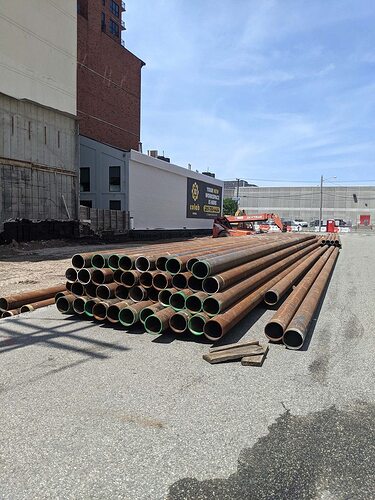 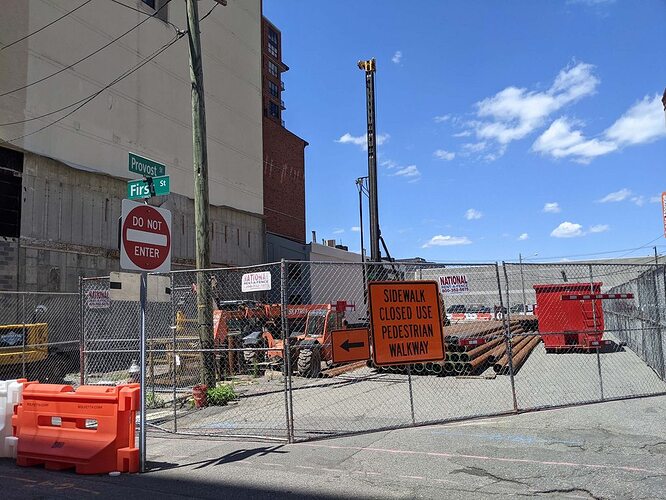 This is rising quickly 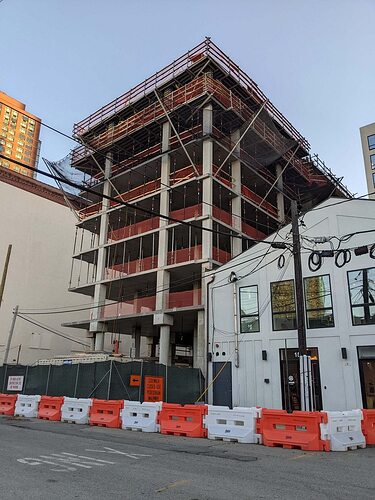 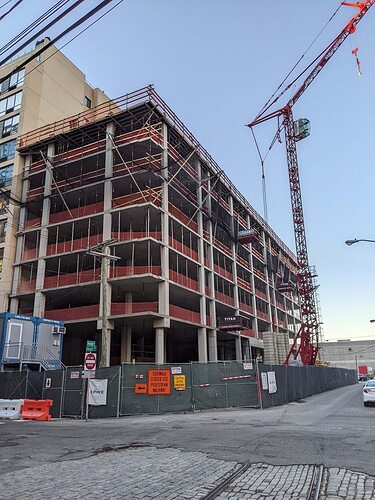 Edit December 29: No one responded, so I’ll just update with the latest 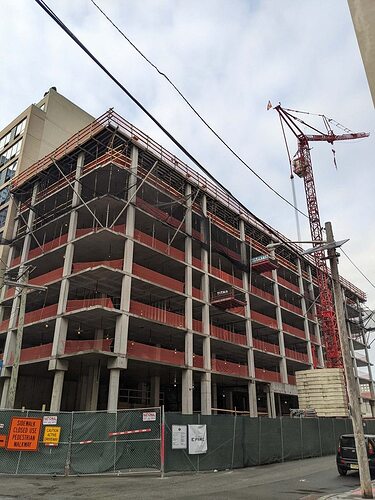 nice pics! i always forget to bring my camera when i go past that site. 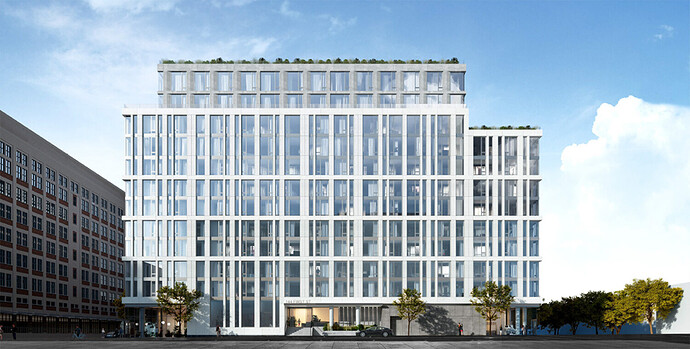 Construction has topped out 144 First Street, a 12-story, 84-unit project from Fogarty Finger and EPIRE in Jersey City, New Jersey. 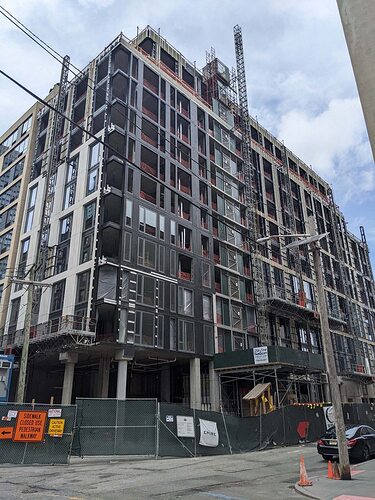 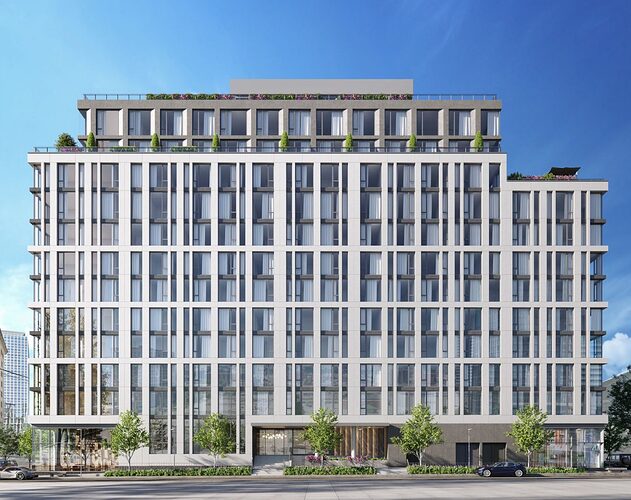 The Galleria on Provost offers exceptional city living in the Powerhouse Arts District in Downtown Jersey City. Sign up for the presale registration now.