A Meadowlands casino? How about four, business group says

CARLSTADT — With one casino in Atlantic City already shuttered this year and another three expected to close shortly, a regional business group yesterday rolled out its grand vision for a Meadowlands of the future — with as many as four casinos.

The proposal, presented by the Meadowlands Regional Chamber of Commerce to business leaders and reporters, conjures several possible gambling meccas, including a resort-style hotel and casino and a combination race track and casino — otherwise known as a racino — at the Meadowlands Racetrack.

The ambitious plan was missing one crucial ingredient: money.

“Who’s going to pay for it?” the chamber president, Jim Kirkos, said. “We’re going to ask people to step up to the table and come up with ideas.”

The New Jersey Constitution limits casino gambling to Atlantic City, but the announced closings of Showboat, Revel and Trump Plaza — leaving eight gaming halls in the seashore resort — have intensified the drumbeat for a 2015 referendum on expanding gambling to other parts of the state.

Banking on that possibility, the Meadowlands chamber updated its 2011 “vision plan” for the sports complex, now home to MetLife Stadium, the Izod Center, Meadowlands Racetrack and the long-stalled American Dream Meadowlands project.

That vision includes 2,000 new hotel rooms, a 1-million-square-foot convention center, up to 20,000 additional parking spaces and a 1½-mile monorail to move visitors around the complex. The total cost is estimated at nearly $1.2 billion. 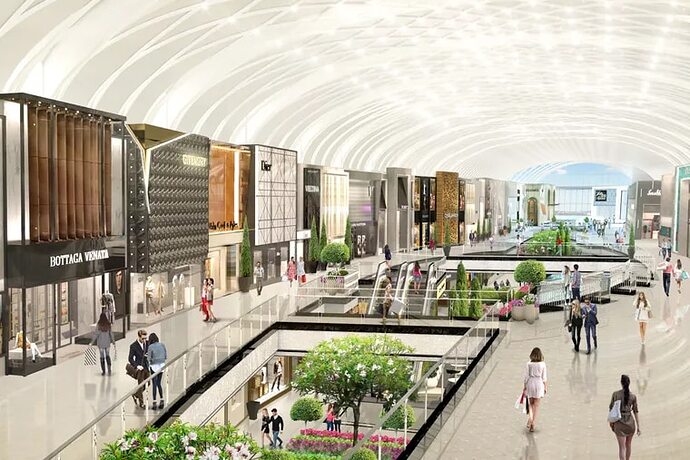 The mall's future rises in the Meadowlands: It's about entertainment

The $5 billion American Dream Mall at the Meadowlands Complex - a jumbo-size hybrid between a shopping center and amusement park - just got final financing to resume construction. It represents where malls are heading, retail experts say.

The $5 billion dollar American Dream mega-mall is, 14 years on, again crawling with construction workers and cranes. A finish line is in sight.

Pics by me. Taken this morning of the American Dream Mall aka Xanadu.

Lots of activity, so unsure why they think its dead. 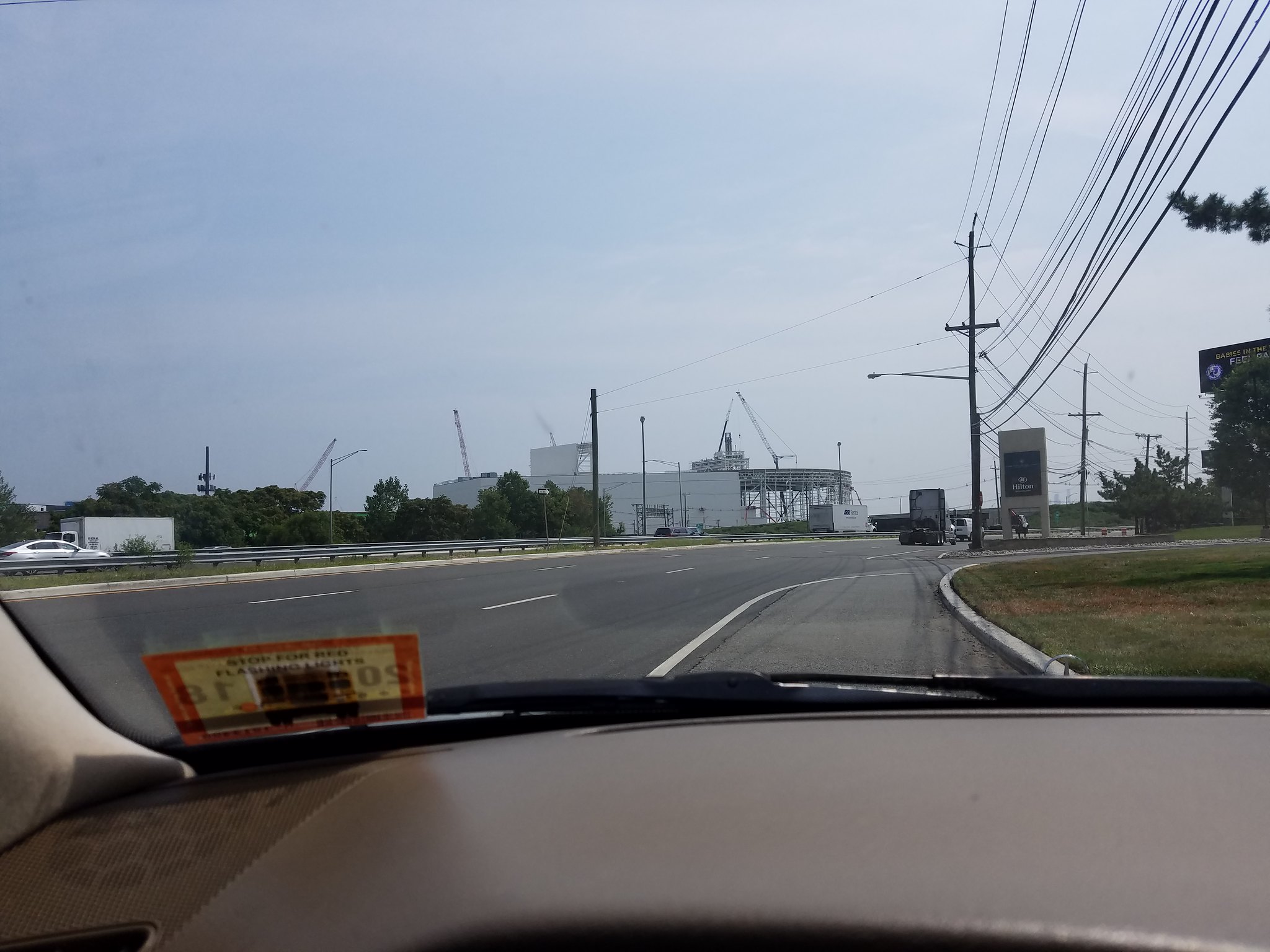 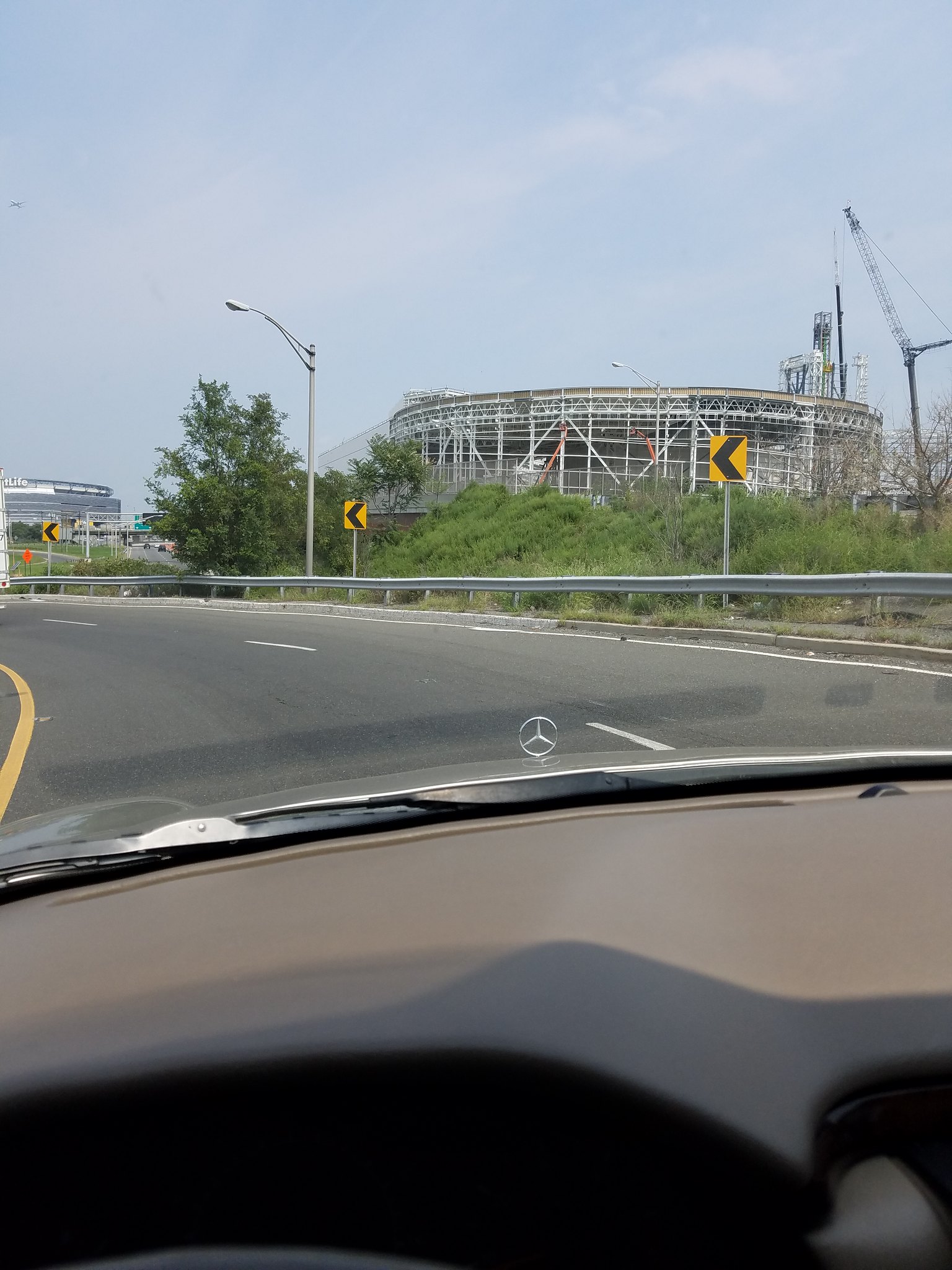 Oh, it’s not dead. It’s like a friggin’ zombie. Moves slow and inexplicably unable to die.

Drove by this via turnpike this morning (Friday). Lots of activity and tons of work was occurring via workers on articulated boom lifts. Will be nice when this opens. It’ll alleviate some of that traffic as a result of some roads being sealed near it.

I don’t think anyone actually thinks it’s dead. It’s just fashionable to joke about it here in Jersey. We’re well aware of the progress for the past couple years here and I’m excited for the spring '19 opening. Looks like it’ll be fun. 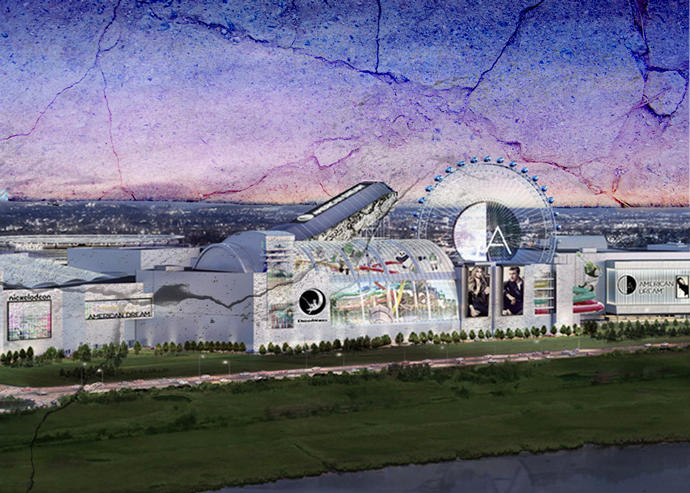 The coronavirus pandemic has dealt a heavy blow to the financial viability of the American Dream mall. 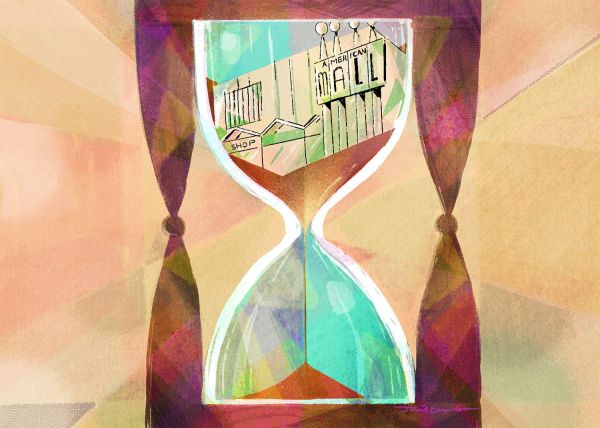 The American Dream Mall has waited and waited (and waited) to open. It’s got a lot more waiting to do. 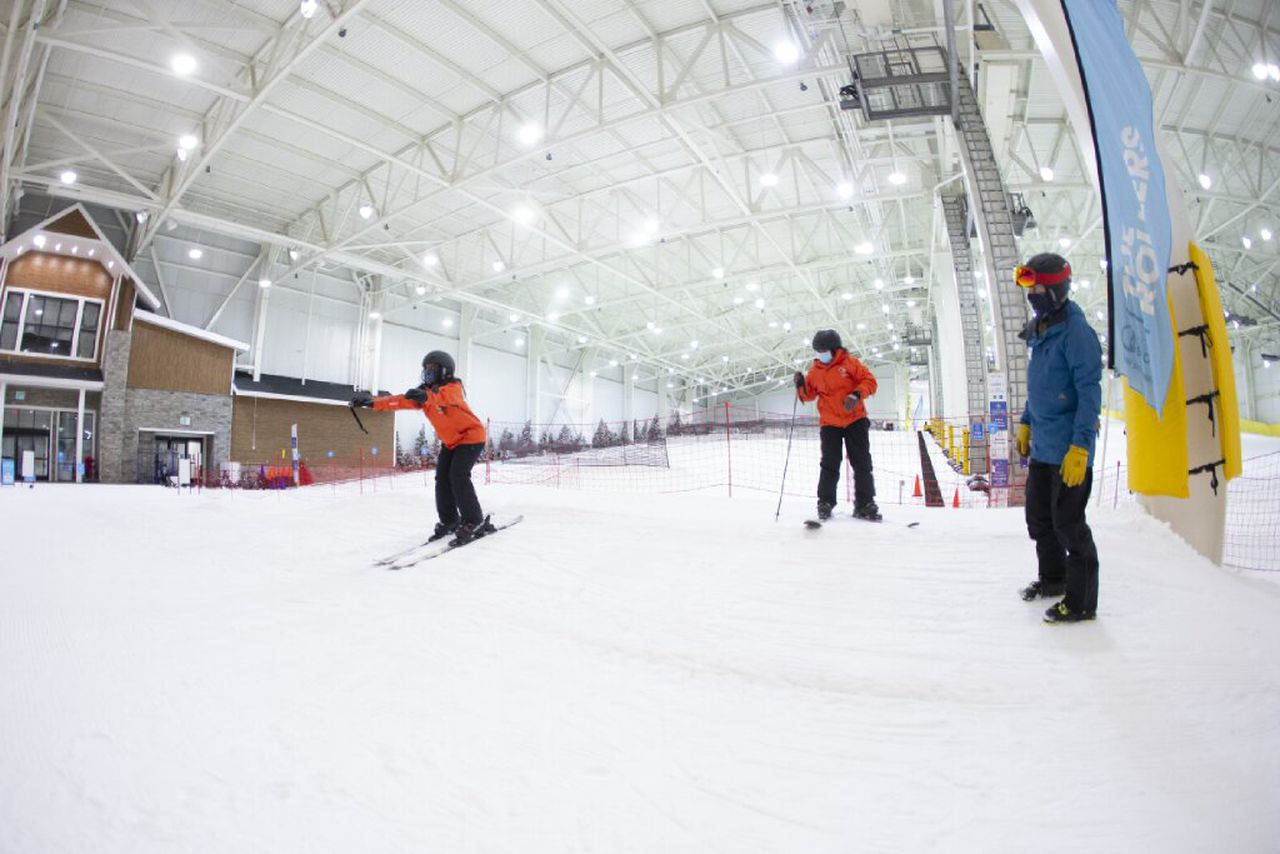 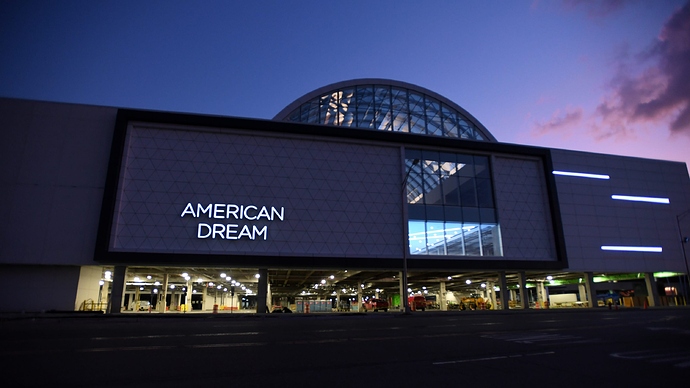 American Dream will reopen Oct. 1 and launch its retail wing

The mega mall, which is run by Canadian developer Triple Five, will be reopening nearly four weeks after Gov. Phil Murphy said it could. 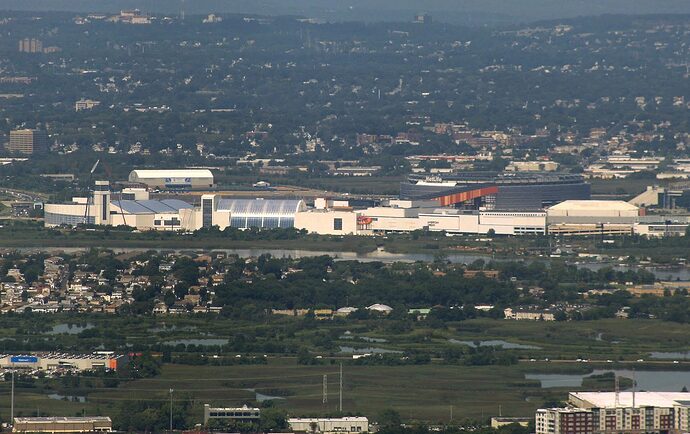 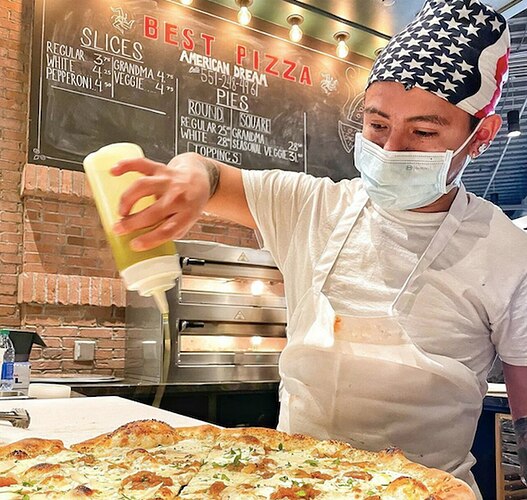 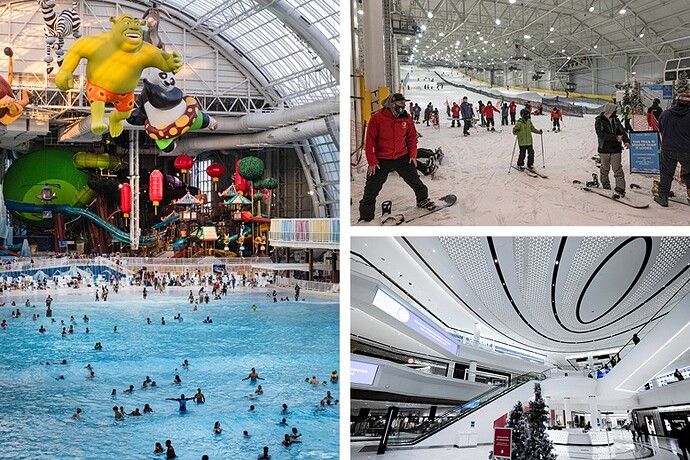 Can American Dream Survive the Pandemic?

Battered by the coronavirus, plus rising costs and delays, the $5 billion megamall still hopes to reshape America’s retail and entertainment landscape. 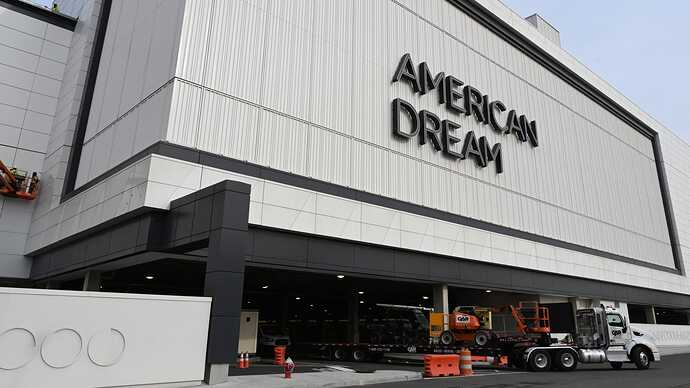 Lenders that back the American Dream megamall are nearing taking a 49% stake in two other malls that are owned by Triple Five Group, according to a report.

The luxury retailer now sees a September 2021 debut for its store in the mega retail and entertainment complex, which has been hurt by the pandemic.

Lenders behind the mega-mall project will soon be taking almost 50% ownership in two other malls owned by developer Triple Five under a deal that will avoid foreclosure. 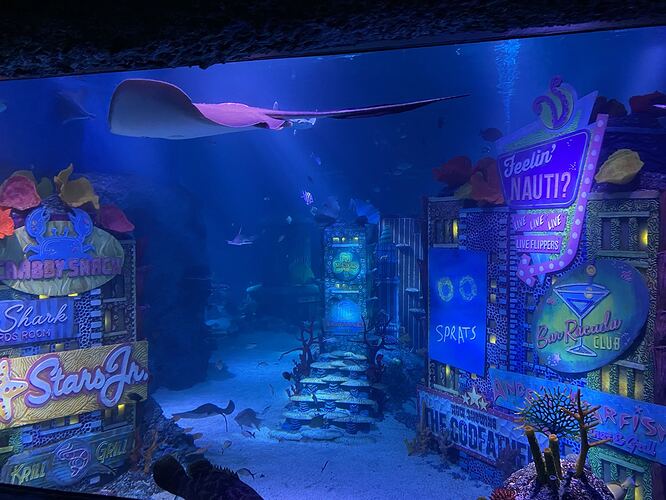 The new SEA LIFE aquarium at American Dream opens to the public on June 15, and we got a sneak peek at this city under the sea. 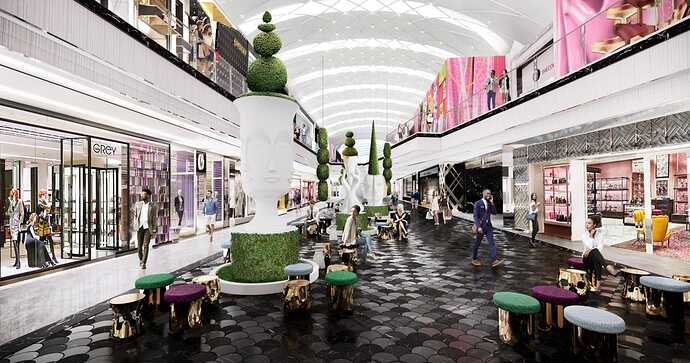 The 300,000-square-foot luxury wing at American Dream will be anchored by Saks Fifth Avenue, marking the retailer’s return to New Jersey after closing its last store in the state in 2016.

The good news for the beleaguered mall is that wealthier consumers seem to be driving the economy right now. The bad news, still, is the pandemic.