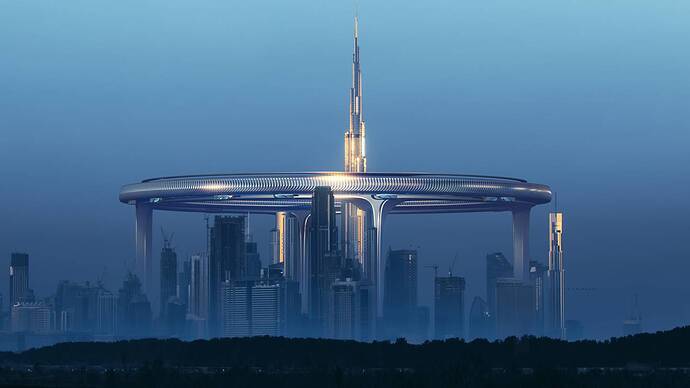 Downtown Circle would be a megastructure encompassing Downtown Dubai 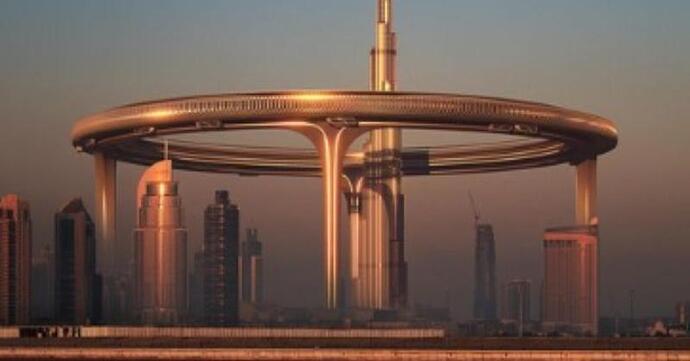 An architecture company named Znera space has created a visual concept of a giant ring 550 metres above ground around Burj Khalifa. 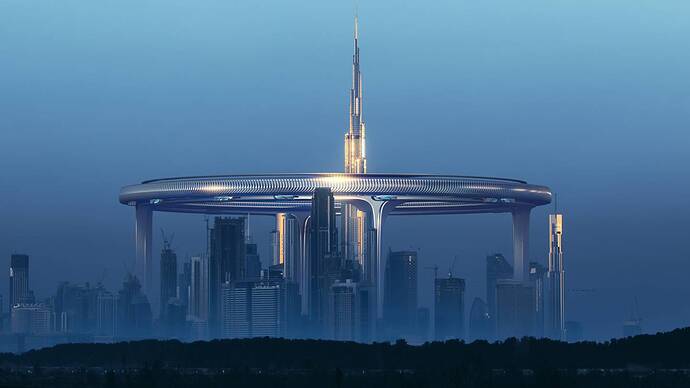 Totally utòpic dystopia that will end up in nothing like most Dubai mega projects that are more kind of advertising than subject of reality tbh.
Not Dubai Creek Tower, not Burj Jumeira by SOM, not towers by Zaha and not so many things…
In fact its wealth is sometimes overestimated and overrated by media and the public, just watching at GDP and real influx of money.
With costs to build a skyscraper in NYC, you ve got 3 or 4 in Dubai. Things of this kind of democracies…

Wow, they’re going to have to bring tens of thousands of indentured servants from Pakistan, India, Bangladesh and Sri Lanka to build that ring. That will certainly do wonders for the remittance-based economies of those jurisdictions (especially Sri Lanka, which has been going through a major economic crisis recently). I call that a win-win.

I think while they’re at it, they should build a 40-km long 120-story high wall of towers along Sheikh Zayed Road. That would look awesome from any vantage point, and would become only the second wall (after the Great Wall of China) to be visible from space. It will also be great for competition with Saudi Arabia which plans to build a much longer wall in the desert known as “The Line.”