Wasn’t sure where to put this but it seemed like this group might find this topic interesting.

For a while now I’ve been compiling a list of new-architecture that is built with a classic aesthetic. I’m a big believer that modern cities don’t come close to being able to compete with older ones in terms of aesthetic’s. many American cities after World War II tried to embrace modern architecture and it was a complete failure. The big question I’ve had for a while now is how do we correct those architectural wrongs in a way that developers find feasible.

After searching for a while I found two buildings that have the same steal frame shape with different facades.

I made a gif to showcase how retrofitting these ugly modern skyscrapers could be turned into more attractive buildings that the public appreciated as well as beautified the city.

My question is this:

What logistic hurdles and price point would be needed (in your opinion) to make a transformation like this happen.

I just want to see one retrofit like this happen there is a proof of concept that this type of beautification is possible. 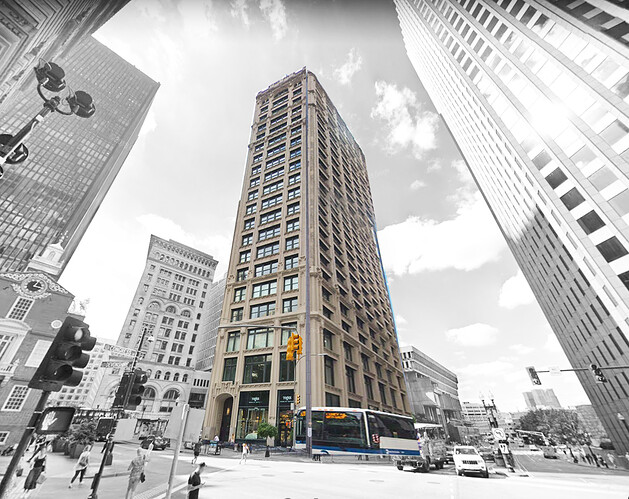 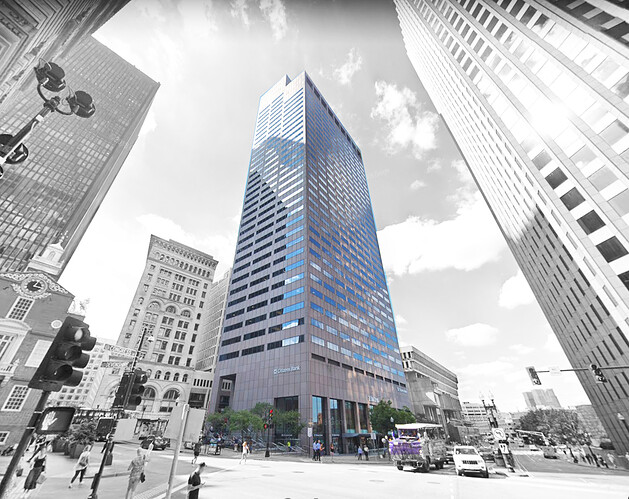 The general theme I see for buildings like the Metlife building is that the average public thinks they are incredibly ugly.

However, due to the size of some of these ugly modern buildings I doubt they can ever be torn down and replaced with something more attractive.

That leaves us with retrofitting. Is this a viable option to correcting our ugly mistakes or are we stuck with stuff like the MetLife building forever?

I think a comprehensive survey of public opinion needs to be done before a retrofit like like can be justified in terms of cost and/or civic necessity. If the public (or a large representative random sample) were asked simply to respond GOOD-BAD-INDIFFERENT on a questionnaire about the ‘beauty’ of any given building in NYC: the vast majority would come in with a GOOD/INDIFFERENT response. I would come in at either ‘good’ or ‘indifferent’ on the MetLife Building, Seagrams, Lever House or any of the similar International Style buildings: they all have their own kind of cool, minimal simple beauty. That being said: such retrofits would not be justifiable in either terms of ‘civic duty’ or ‘financial viability’ . IMHO

I can see the indifferent aspect stoping something like this dead in its tracks.

I’m just not sure why we seem to always rehab the interiors of buildings but never the exteriors.

There are many ugly buildings in US cities that make the city less attractive. People travel to Europe to see old beautiful cities. Nobody every travels to see “international style” architecture.

Like I said, I would love to just see one retrofit like this happen just to see what the public thinks. I think it would be an interesting case study.

Take a look at this. It’s sort of what I’m looking for but they just rebuilt the already existing building.

I want to see a lackluster modern one turn back time. Just one so people can see the before and after pics. I think the public reaction would be great (once it actually happened). 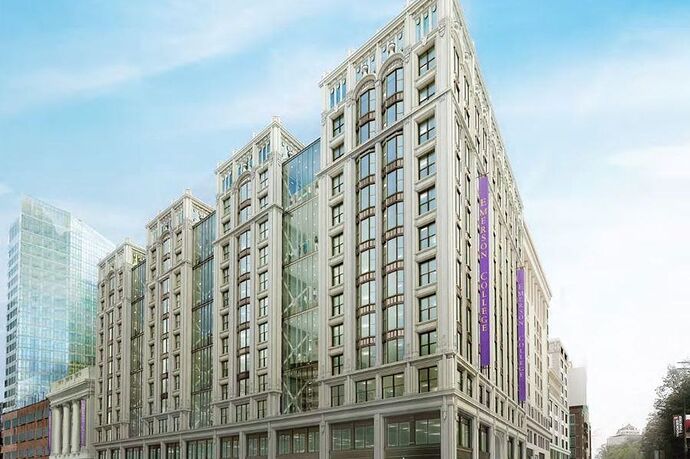 Looking to work with the owners, developers, architects or GCs at Emerson Little Building? Signup to get contact info and actionable data to drive your business.

You and I have a special interest in - and appreciation of - good architectural design: ‘people’ or ‘the public’ is the unknown quantity that needs to be defined and quantified. I am always asking friends, acquaintances and complete strangers if they ‘like’ a particular building, or think it is ‘pretty/beautiful/etc’ and I must say the response to almost ANY architectural design is GOOD, NICE, OK, INDIFFERENT. I struggle with the issue of ‘justification’ - is their really a NEED for such an drastic and costly process as a complete retrofit of the exterior of a large building. I understand why YOU see the necessity; however, I question your use of the term “Everyone seems to love beautiful old architecture”. Sorry about being such a contrarianL but that is my honest take on the subject.

why does the entire world spend billions of dollars traveling to Europe? You don’t think beautiful Old architecture is one of the primary factors?

I think you don’t give the public enough credit. People love going to places that are attractive.

I do not, no. Architecture is a niche interest in my experience.

I visit Europe (and let’s be clear, we mean Western Europe) for the fabric & contents of those cities.

I.e., that they are walkable, vibrant, full of great food & drinks, have history that many US cities lack, and have culture different from my own.

I’d be even more delighted with my home of Boston were it physically more like some European cities (greater amount of people space & businesses, larger residential buildings closer together, more trees + parks).

Lets remember, too, that all those beloved brownstones in the South End were once considered a blight, and cookie-cutter, when they were brand new, yet now we revere them thanks to the power of nostalgia and “don’t make ’em like they used to” feelings.

Building the way we do today is different, and we will likely look back on some of what we’ve built in the last few decades in similar ways, as we pursue yet more advances in materials & construction methods.

Just wanted to point out that just because something is old and admired doesn’t mean it just has to do with nostalgia. Many people like older things because they have far more character and craftsmanship than the cookie cutter, mass produced cheap stuff we have today.

My entire education and career has been based on the idea that ‘good’ architectural design is widely appreciated and valued: it is important, just not as ‘universally’ appreciated as I had believed when I was younger. Jeff above has a good - aka accurate term - for architecture: a “niche interest”. Thats a good way of stating the case.

I’m part of a younger generation. I think my peers appreciate it a lot more than previous generations.

We live in the age of Instagram and social media after all.

Yes I agree with the point that we all live in a digital world but old can not be created and they are incredible whether its a building or any kinds of fort.

I saw the article and it actually improved form that WW2.

I agree too with the point that we all live in a digital world. but we need some changes, what you say?

I think you don’t give the public enough credit. People love going to places that are attractive.

I doubt they can ever be torn down and replaced with something more attractive. vidmate insta save 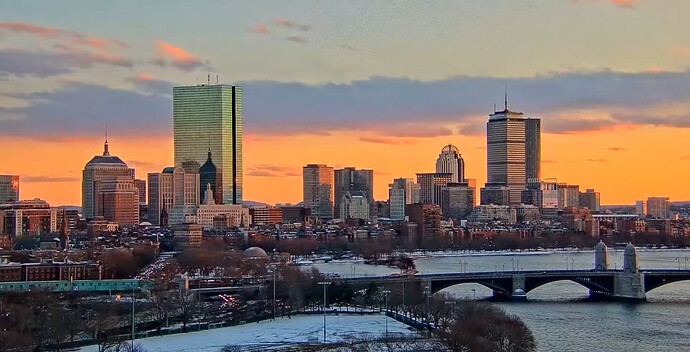