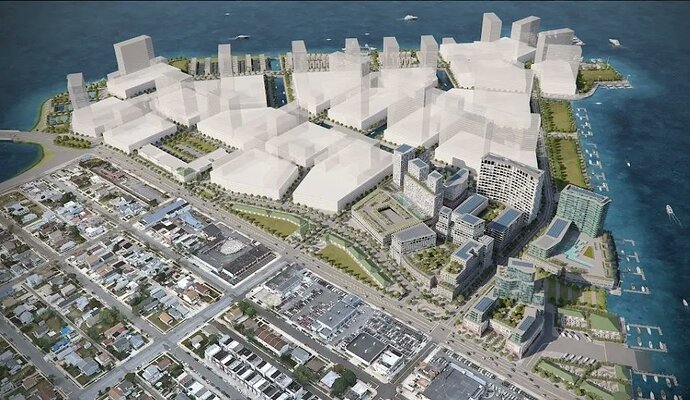 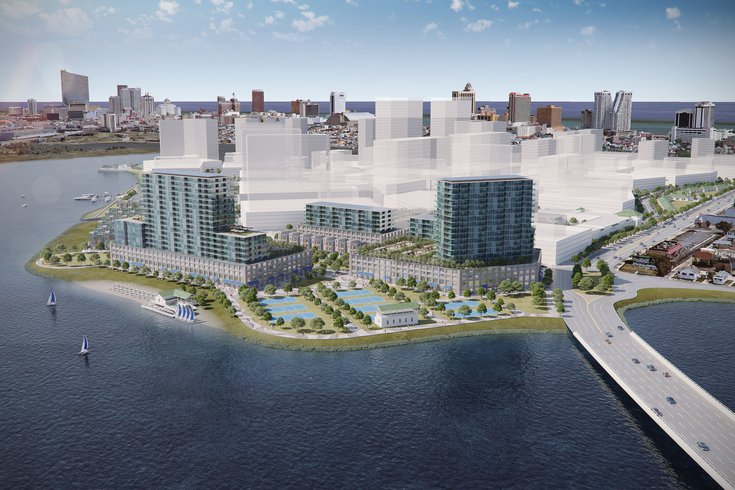 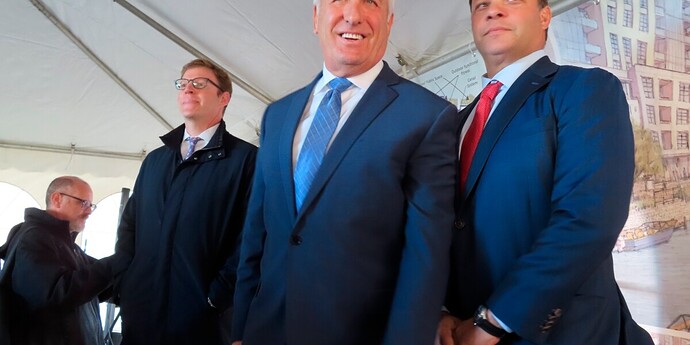 “It's going to be modeled on the canals of Amsterdam, with canals cut through the property...It came from embracing the water and realizing we can create a lot more waterfront property.”

Two Philadelphia developers want to build a $3 billion housing, office and retail project on the site of a historic former airport in Atlantic City, the latest proposal for one of the largest tracts of buildable land near the ocean on the U.S. East Coast.

But the proposal by Tower Investments and Post Brothers unveiled on Monday faces competition from a previously announced, auto-centric project endorsed by Atlantic City’s mayor, who says developer DEEM Enterprises is about to sign a memorandum of understanding regarding the project “imminently.”

The state of New Jersey has the final say on what, if anything, will be built on the site of the former Bader Field, which used to house an air facility that was the first in the world to be called an “airport.” Bart Blatstein, CEO of Tower, called Monday for “an open, transparent process” to seek developers for the site.

The plan unveiled Monday is called Casa Mar, a water-intensive development inspired by the canals of Amsterdam.

Blatstein owns the Showboat Hotel and other properties in Atlantic City. Post Brothers has built 8,000 apartments and 700,000 square feet (about 65,000 square meters) of office and retail space in and around Philadelphia since 2006.

Blatstein called the proposal “a once-in-a-lifetime opportunity for Atlantic City.”
“It’s going to be modeled on the canals of Amsterdam, with canals cut through the property,” Blatstein told The Associated Press. “It came from embracing the water and realizing we can create a lot more waterfront property.”

It would include 10,000 units of multifamily housing, 400,000 square feet of retail and office space, and 20 acres (eight hectares) set aside for walking trails and public recreational space.

The proposal is the latest in a string of plans for the 143-acre site, which is owned by the city but controlled by the state under a 2016 takeover law giving state government power over most of Atlantic City’s major decisions.

It follows one unveiled in February by DEEM Enterprises, a company based in both Los Angeles and Atlantic City.
That $2.7 billion recreational, residential and retail project aimed at car lovers would include a 2.44-mile (4-kilometer) auto course on which car lovers can drive their high-end automobiles; about 2,000 units of housing in various price ranges; a retail promenade, and other auto-themed attractions. Mayor Marty Small endorsed it in February, and renewed his backing on Monday.

“A (memorandum of understanding) between the city and the developer is imminent,” Small said. “It’s close. I appreciate Bart and his partners’ belief in Atlantic City, which sends a good signal.”

Dan Gallagher, one of DEEM’s partners, confirmed that his company expects to sign an agreement with the city in the near future.

“We are aware of (Blatstein’s proposal) and we’re moving forward,” Gallagher said. “We’ve been active for over two years, making public presentations, we’ve been before the city council, we’ve been to the state. We have a lot of time and money in the due diligence for this.” 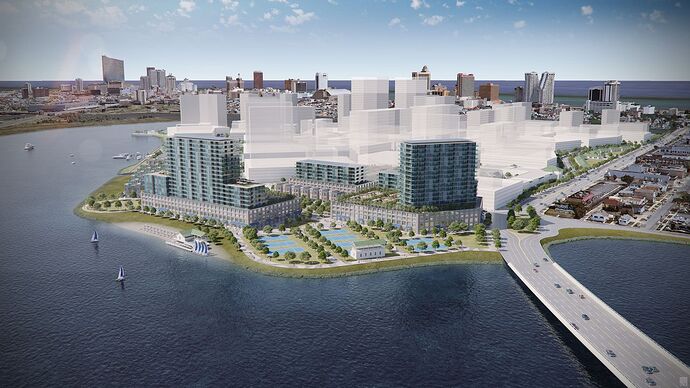 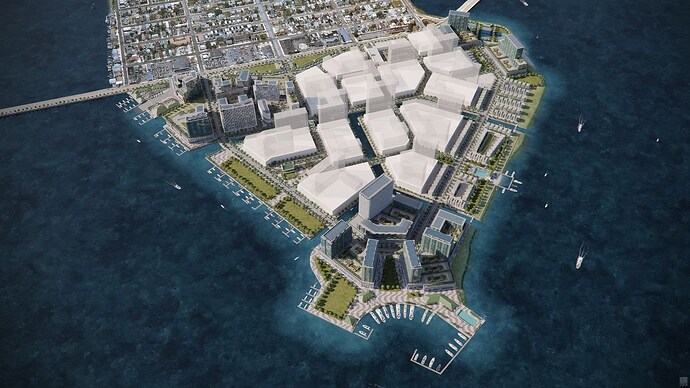 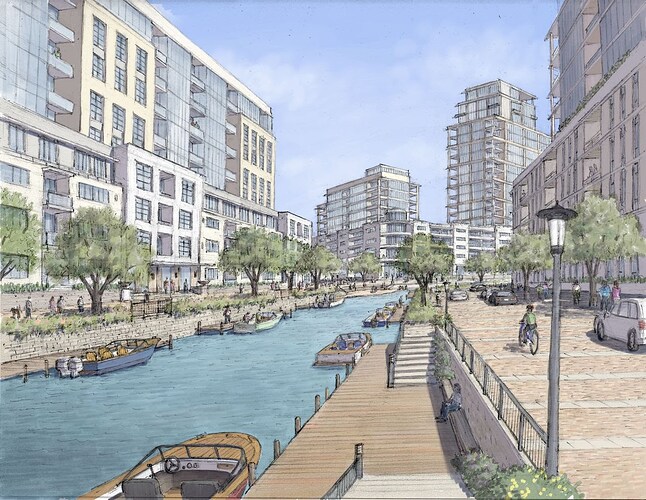 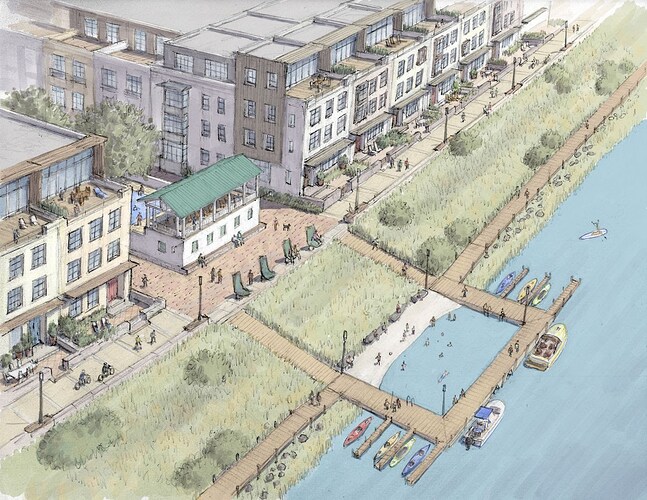 better build up a heck of a protective seawall otherwise that’s all gone before 2100.

Well if they’re going to build all that, I wonder if it’ll cause all that land directly behind it to be redeveloped.

The site is not actually on the ocean, but that doesn’t mean it’s immune from storm surges. 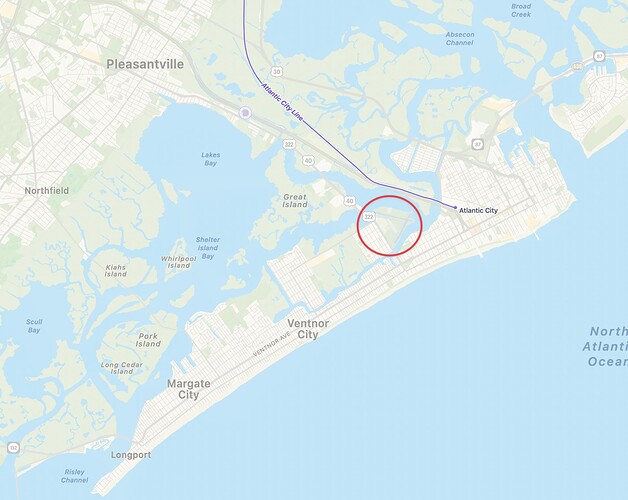 Are there 10,000 people who are anxious to move to Atlantic City and live in this centrally-planned experiment? (Maybe more than would actually want to have a home directly on a private race track, which seems to be what the competing plan has in mind. Can you imagine the noise?)

I’d imagine the surrounding areas would be developed further

I could imagine Atlantic City being some dense urban pocket one day. They have the potential for sure

I could imagine Atlantic City being some dense urban pocket one day. They have the potential for sure

Heh. They’ve been saying this for generations, no?

I can see the allure—in isolation—of waterfront housing development (for the affluent, of course), but how isn’t this just the latest, doomed Hail Mary for a location and economy short on prospects?

AC had its heyday before jet travel. Now it’s just kind of out of the way.

this is why we need high speed rail up and down the coast.