A new building coming to Newark will tower over the city’s Downtown. Named, One Theater Square, it will be the city’s first new residential high-rise since the 1960’s. 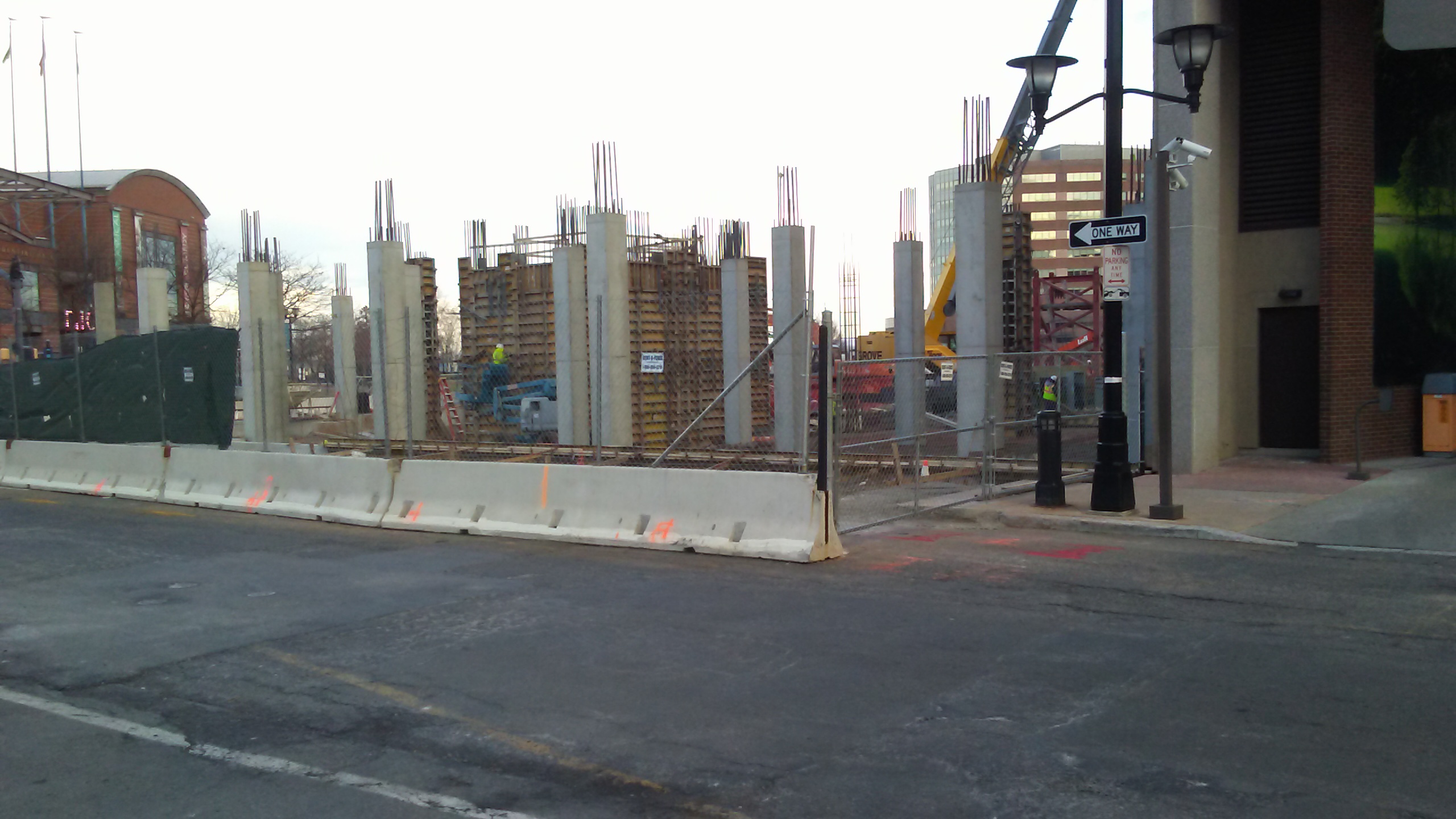 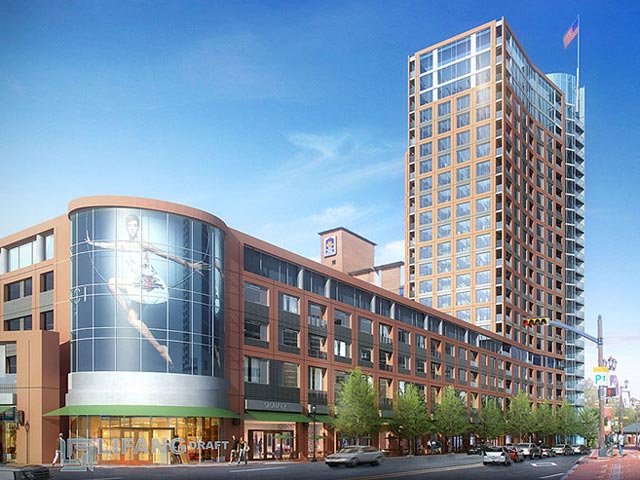 The first renderings are up for One Theatre Square in Newark, which promises to accelerate the city’s renaissance; Dranoff Properties and the New Jersey Performing Arts Center are developing, and as of last check, BLTa was designing the site.

Phase I of the project will be located at Two Center Street, and will include a 22-story residential tower, with 244 apartments, 15,000 square feet of ground-floor retail, and a parking component. The current conception represents a slight downsizing of original plans.

NJPAC also owns two adjacent sites, and while new renderings are lacking for the full build-out of the assemblage, BLTa’s previous plans were impressive. One Theatre Square is located near the new Prudential building, and the second and third phases will surround the Performing Arts Center with additional significant infill. 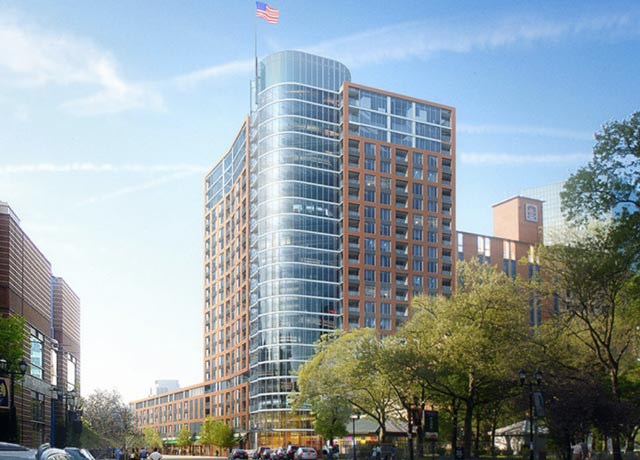 Newark’s resurgence has been discussed for many years, and with piecemeal development now transforming the Downtown area, the city’s renaissance finally seems to be happening. Crime has been a deterrent to significant infill, but with prices continuing to skyrocket in much of the New York region, construction is now pushing into non-traditional areas, promising new product that’s also relatively affordable — which is what the metro region sorely needs. 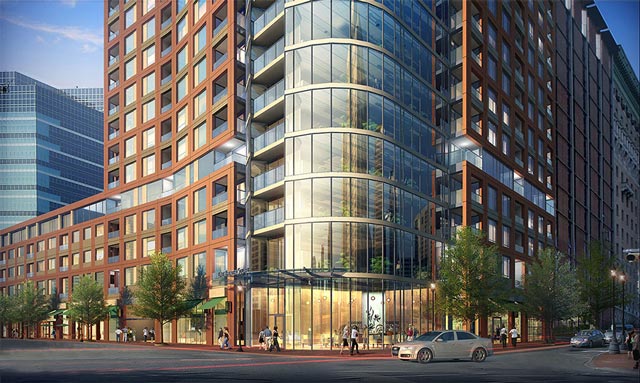 Given Newark’s accessibility, the city’s boom is likely just beginning. The new Prudential headquarters is already topped-out, and with residential projects like One Theatre Square and the Richard Meier-designed Teachers Village under construction, amplification of piecemeal revitalization would appear to be on the near-horizon.

Two Center Street’s brick and glass facade will be attractive, but most importantly, the development will build-out formerly empty space. Lateral expansion will be crucial to Newark’s resurgence, as eliminating vacant lots — and putting eyes back on the street — will reduce crime, and encourage additional growth.

Completion of Two Center Street does not have a set date, but construction appears to be imminent. 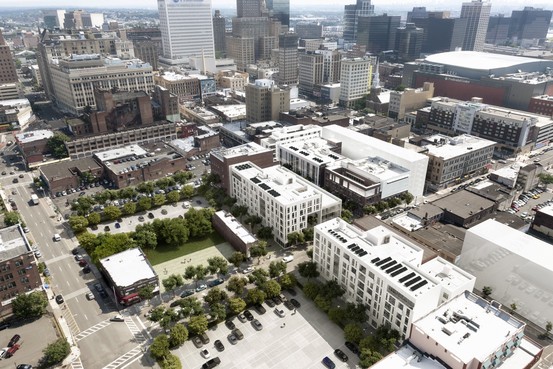 Now developers say the future of Newark is finally under way, with half-a-dozen downtown residential developments having received financing, broken ground or been completed within the past year.

Elsewhere, Dranoff Properties plans to break ground this winter on a 22-story building with 245 apartments in a city that has seen little new high-rise construction in the past 50 years.

On the third floor now. From Military Park: 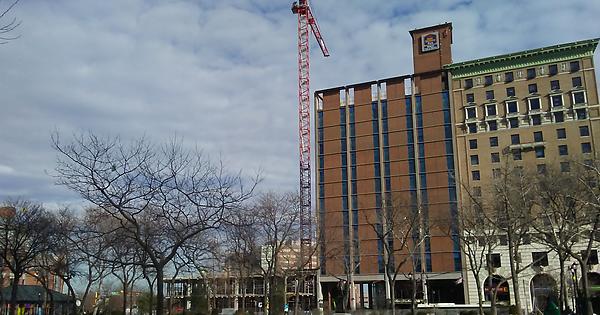 Great pics by West Hudson over at Wired New York: 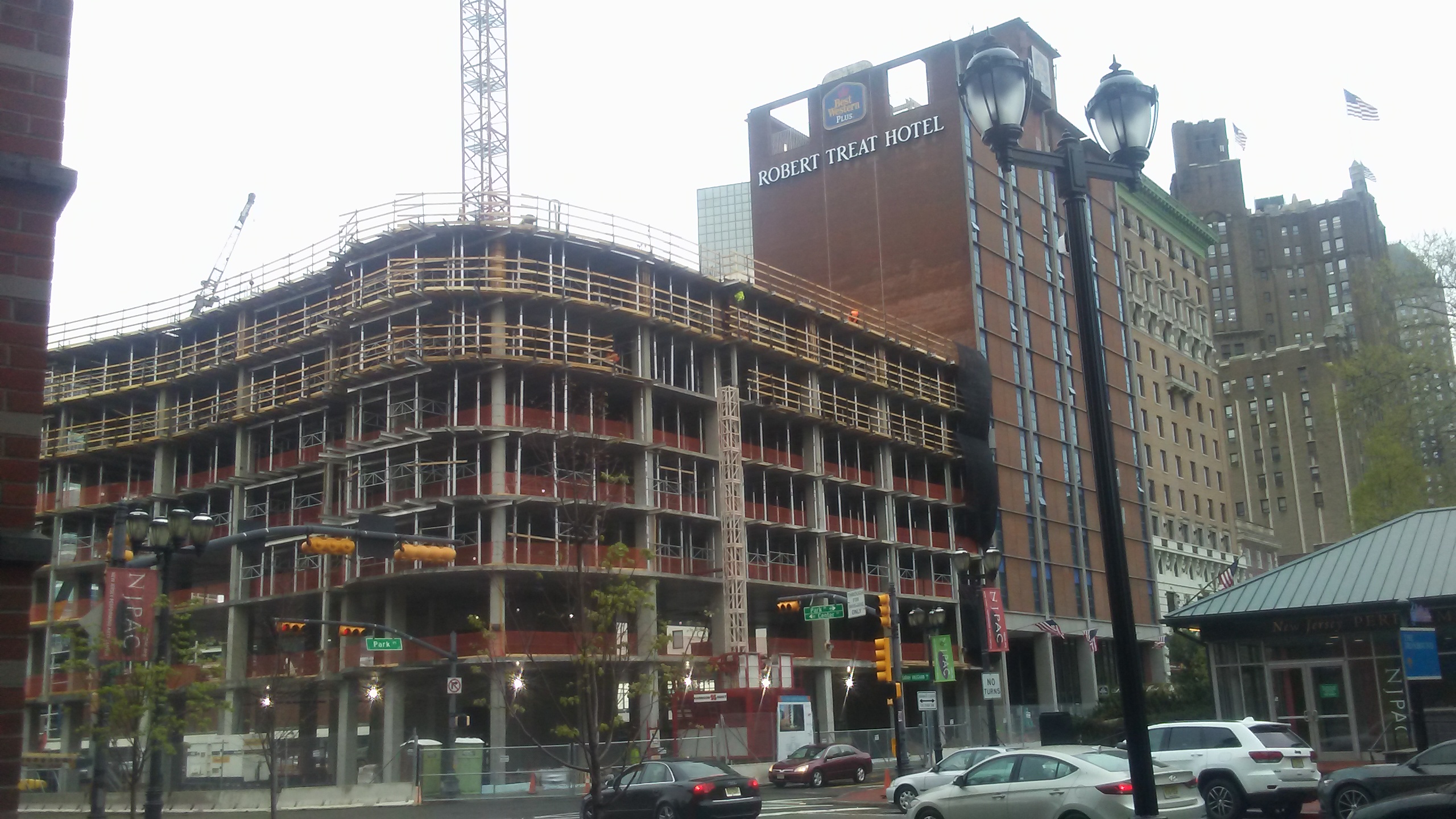 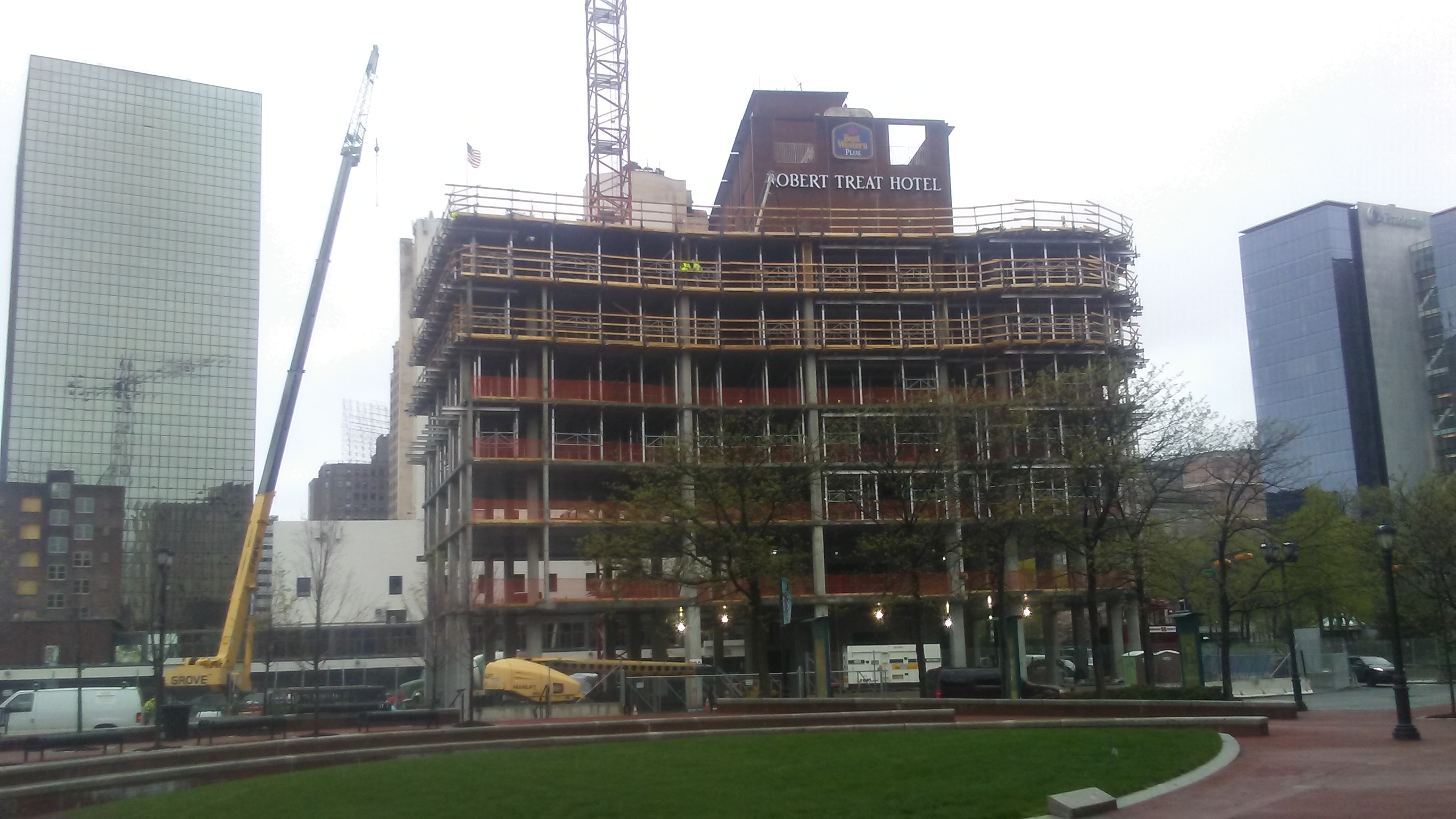 Moving quite fast. Compare recent shots with the ones in February.

From user ‘West Hudson’ on Sktscrapercity.com, taken just a few days ago.

Pic by Brian Anselm for the New York Times. 1TS on the right: 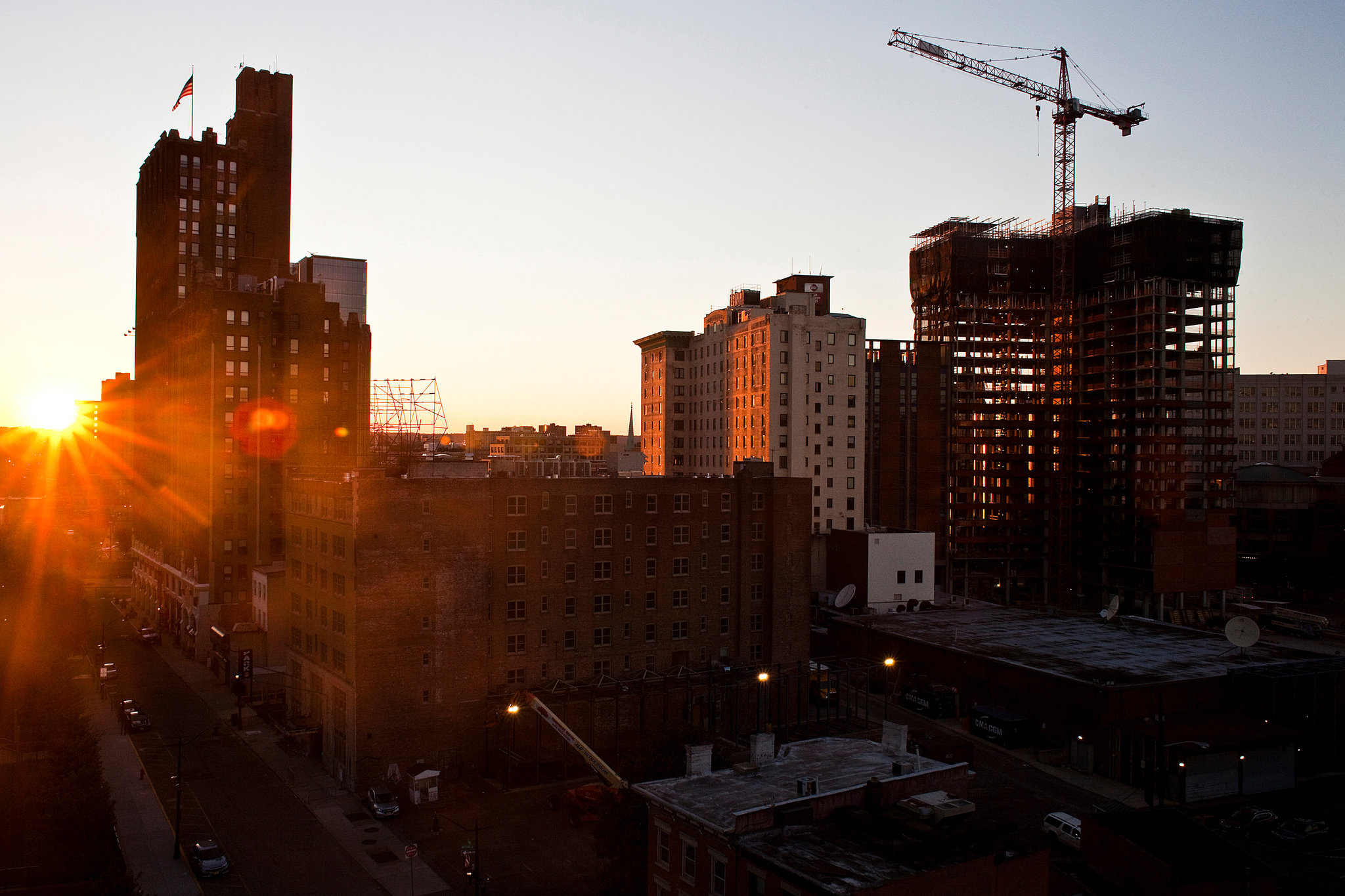 Amazing photo from Nexis4Jersey at Skyscrapercity. One Theater Square is at the end:

That street is so different from what it looked like 5 years ago. I remember when the Hahnes Building’s first floor was painted all white and covered in plywood. And the lot next door had all those abandoned buildings and a huge parking lot. It’s a great change. Let’s hope it continues!

I also forgot I was in Newark yesterday and I snapped some photos! 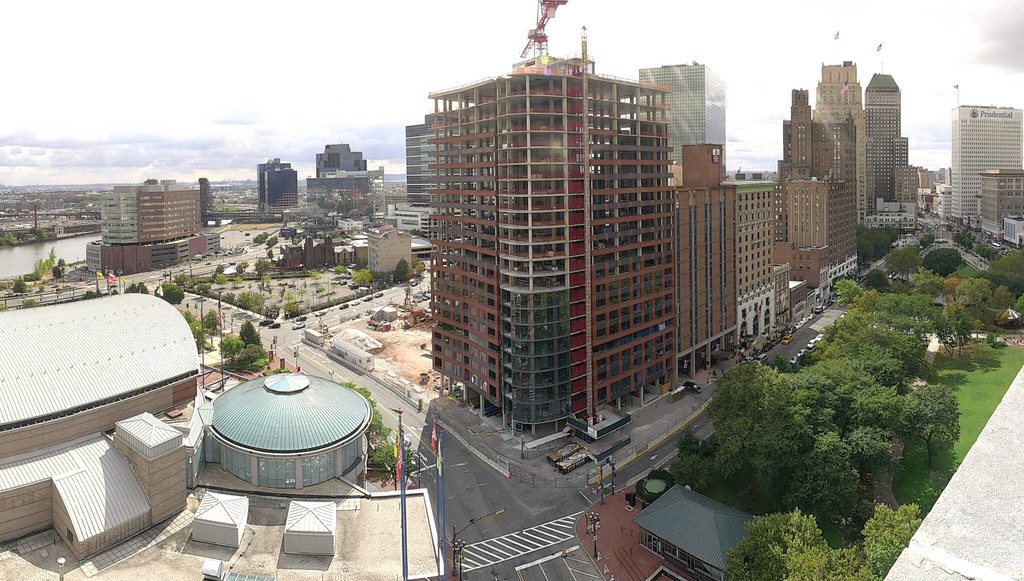