proposal from the New York City Housing Authority could bring more than 1,000 market-rate and affordable units to two housing projects in Manhattan and Brooklyn, officials said.

The new units would be 50 percent market-rate and 50 percent affordable with a portion of the revenue used for repairs and improvement projects within the NYCHA developments.

The remaining funds would be used for other operating costs within the system. NYCHA could not immediately provide a cost or revenue estimate for the proposals.

For Wyckoff Gardens, NYCHA is proposing to replace two unused parking lots with two buildings that would host 550 to 650 units.

For Holmes Towers in the Upper East Side, NYCHA is seeking to replace and move a playground and construct a building with 350 to 400 units.

The Towers, which already include two buildings with nearly 540 units, is located on First Avenue between 92nd and 96th streets.

The income for affordable housing would be capped at a minimum of 60 percent of the area media income but there may be scope for deeper affordability as the process continues, spokeswoman Jackie Primeau said.

But most of the details of the proposals, including the percentage of revenue that will be used for capital needs in Wyckoff and Holmes, will be dependent upon community input from residents.

Wyckoff and Holmes were selected because of the space for new buildings, the need for repairs in existing units as well as for affordable housing in the areas.

A plan to build hundreds of mixed-income units at NYCHA’s Wyckoff Gardens is moving a step forward as the city looks for a developer for the project.

In a Request for Proposals released Thursday, the city is seeking proposals for the design, financing, construction and operation of the residential units as well as community and commercial space at Wyckoff Gardens, according to an announcement from the New York City Housing Authority and the Department of Housing Preservation and Development.

The announcement also includes a similar plan for Holmes Towers on the Upper East Side. Developers may submit proposals for one or both projects.

While NYCHA had earlier planned for 550 to 650 new units created at Wyckoff Gardens, that number was reduced to approximately 500 in Thursday’s announcement. The units would be 50 percent affordable and 50 percent market-rate rental housing, the agency said.

NYCHA residents will have a preference for 25 percent of affordable units.

Both developments at Wyckoff Gardens and Holmes Towers are part of NYCHA’s NextGeneration Neighborhoods program, a 10-year strategic plan to help the city agency’s operating deficit and provide funds for capital repairs.

“The NextGen Neighborhoods program enables us to not only create much-needed housing for low-income New Yorkers, but to generate revenue to address NYCHA’s critical repair needs,” NYCHA Chair and CEO Shola Olatoye said in a statement.

“This Request for Proposals reflects the input we received from residents, advocates and other key stakeholders after an extensive and meaningful engagement process that will continue as the development moves forward.”

The plan is also in line with Mayor Bill de Blasio’s push to create more affordable housing through the city.

Tenants have been wary of the plan since it was announced in the fall, fearing the loss of affordability and low-income public housing in the area.

But after multiple community outreach and engagement meetings, NYCHA has outlined the “Wyckoff Gardens Community Principles” to ensure residents’ input is heard during the planning process, the agency said.

Among the “principles” outlined, residents said that the new buildings “should be kept in the scope, context, and character of the existing buildings, and should be designed in such a way so as to enhance the existing development and not take away from it.”

The city agency said preference will be given to developer’s proposals that align with residents’ recommendations. Developers must also train and hire low-income and public housing tenants.

Proposals must be submitted by Sept. 30. 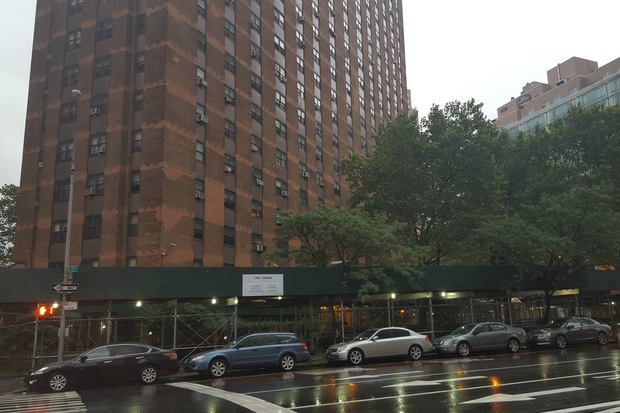 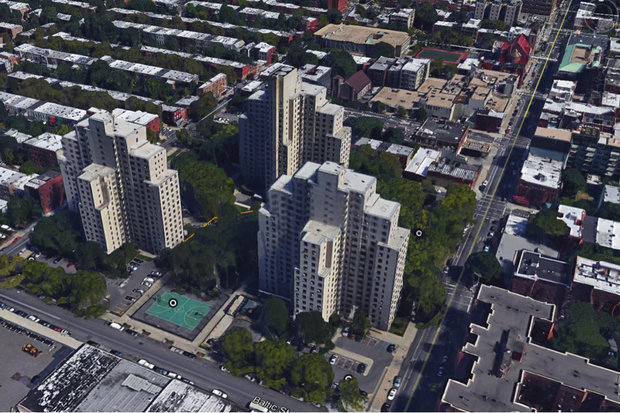 Following the city's selection of developers to build 400 affordable apartments in the Bronx, Brooklyn, and Manhattan along with Mayor de Blasio's

A four-story base will offer 13,000 square feet of recreation and community facility space and above, there will be 340 studio to three-bedroom residences, half of which will be affordable and the other half, market-rate. Other highlights of this forthcoming tower include new open spaces, like a promenade and playgrounds, and all the benefits of a Passive House – thermal comfort, exceptional air quality, reduced noise, low utilities – as well as flood proofing and a rainwater catchment system for the green spaces. A step in the right direction.

Tenants from older NYCHA buildings should be shifted into new buildings like this one and the old lead and asbestos infested brick boxes should be demolished and replaced with denser modern mixed income housing.

Raising the Titanic and restoring it makes more sense than dumping money into repairing whats already there.