Hey Robert, Do you mind showing the entire text, if possible?

Yea, they made it difficult to copy.

The partners behind a gargantuan apartment complex being built on Manhattan’s far West Side have nailed down $2.3 billion in construction financing at a time when money from traditional lenders is hard to come by.

Waterline Square’s three skyscrapers, shown in this rendering, are going up on Manhattan’s far West Side. The expected finish date: 2019.

GID and Henley Holding Co., a wholly owned subsidiary of the Abu Dhabi Investment Authority, are putting up three towers along the Hudson River between West 59th and West 61st streets. The expected finish date for the 1,132-unit Waterline Square project is 2019.

The partners are borrowing $1.243 billion and are contributing more than $1 billion in equity. The leading lenders are Wells Fargo , HSBC USA, J.P. Morgan Chase & Co. and the National Bank of Abu Dhabi.

“They are really bucking the trend by getting a construction loan today,” said Ed LaGrassa, president of Chilton Realty International, which helps clients secure equity placements and structure joint ventures. “Because of a lack of construction lending available, a lot of projects aren’t going anywhere at the moment.”

The 5-acre project is one of the few remaining waterfront development sites on the Upper West Side. The land is part of Riverside South, a strip between West 59th and West 72nd streets that had its own city master plan in the 1990s.

When GID began looking at the area in 2013, the company had figured to buy a single lot to build a single tower, said James Linsley, president of GID Development Group. Instead, the company acquired three adjoining sites to create an “authentic New York neighborhood,” he said.

“This represented to us quite possibly the last waterfront development opportunity on the Upper West Side of Manhattan, and that was a pretty rare situation,” Mr. Linsley said.

Most of the foundations are completed for the three buildings, which will have rental apartments on the lower floors and condominiums on the upper ones. The partnership tapped Uruguayan architect Rafael Viñoly, who designed the slender ultraluxury condo skyscraper at 432 Park Ave., Richard Meier & Partners Architects LLP and Kohn Pedersen Fox Associates PC to design the glass, stone and metal towers, which range from 34 to 38 stories tall.

“The three buildings are almost like cousins,” Mr. Linsley said. “They communicate with each other architecturally.”

GID and Henley’s Waterline Square stands out because of the partners’ ability to secure a large construction loan from traditional lenders such as banks and insurance companies, said real estate financing experts.

Banks won’t lend 75% to 85% of the construction costs like they often did before the financial crisis, said Michael Lefkowitz, a partner at real estate law firm Rosenberg & Estis PC. Today, banks and insurance companies lend only to developers with a proven record and for loans at 50% to 60% of the total costs.

Most of the foundations are completed for the three buildings, which will have rental apartments on the lower floors and condominiums on the upper ones.

Developers, said Mr. Lefkowitz, are turning to nontraditional lending sources such as other developers or the EB-5 Immigrant Investor Program, which makes foreign nationals eligible for green cards if they invest in a new capital enterprise and create or preserve jobs.

“They want to see substantial equity in the deal before they lend the first dollar,” Mr. Lefkowitz said.

GID and Henley are counting on a strong residential market when Waterline Square is finished in a couple of years. Whatever the state of the market, real-estate experts are expecting the project to be a big draw. The partners, for example, will make 20% of the apartments affordable in exchange for the 421-a tax abatement.

A handful of Manhattan landlords are offering concessions to rental tenants because of a new supply of apartments, but those are expected to be absorbed and rental vacancies are still low. And while the ultraluxury condo market is soft, the Upper West Side remains strong draw for families, Mr. LaGrassa said.

“In essence, all their eggs are not in one basket,” Mr. LaGrassa said of GID and Henley’s Waterline Square. “You are diversifying into different buildings and different product types.”

it seems towers 1, 3 and 4 have new designs, unlike the ones which have been publicized previously by the developer (Extell, if i remember correctly)

Shouldn’t this be fused with riverside center? It seems like the same project: NEW YORK | Riverside Center | (5 Towers) | FLOORS
This is portzamparc right?

Thx, VG. I couldn’t copy all of that text from my phone!

I believe riverside center is only the two towers that are complete along 11th ave. Waterline square was sold off from that development and consists of three buildings. So it used to be all one thing, but now its different developers and architects.

I never knew that it was split. Thanks
I really like these new designs. 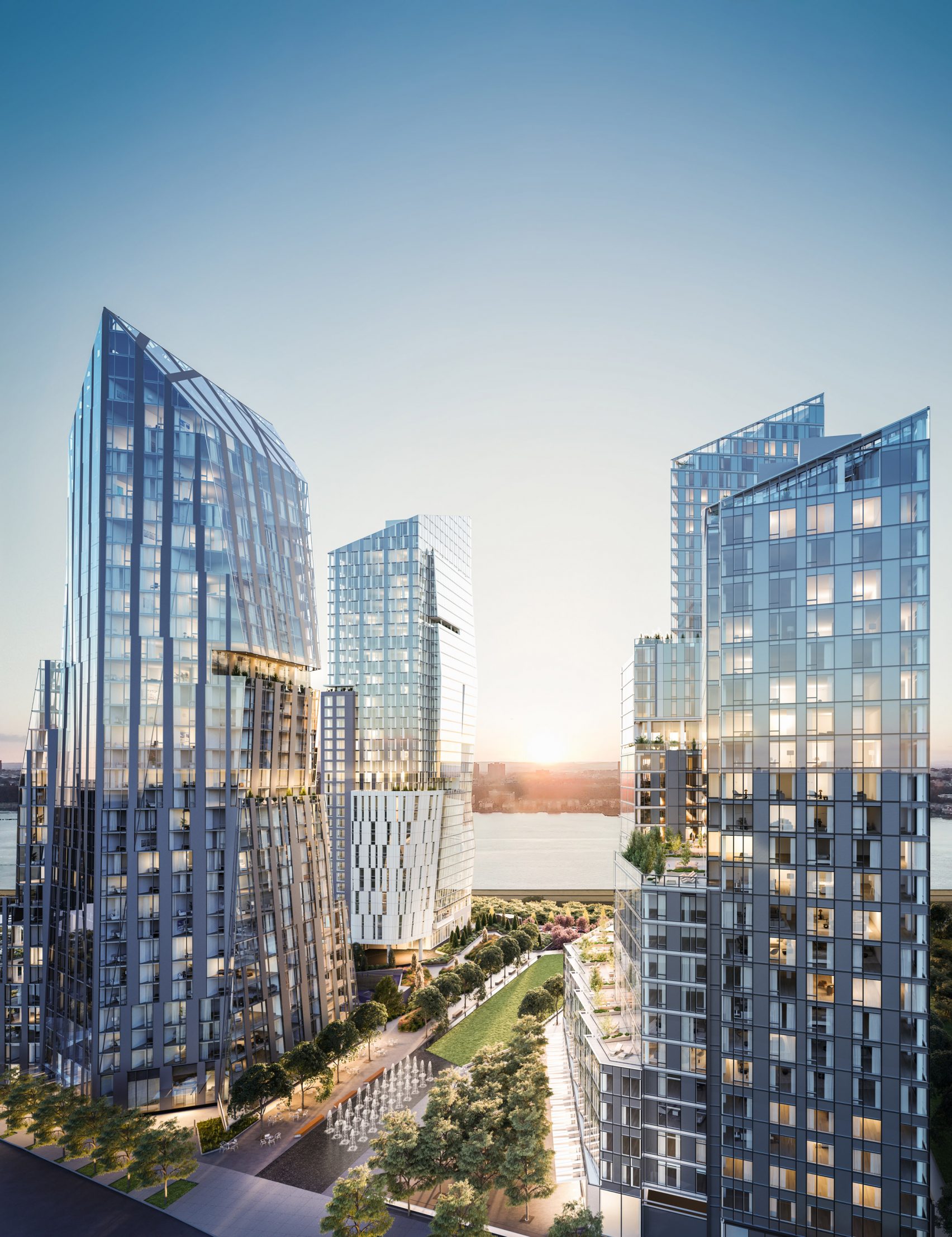 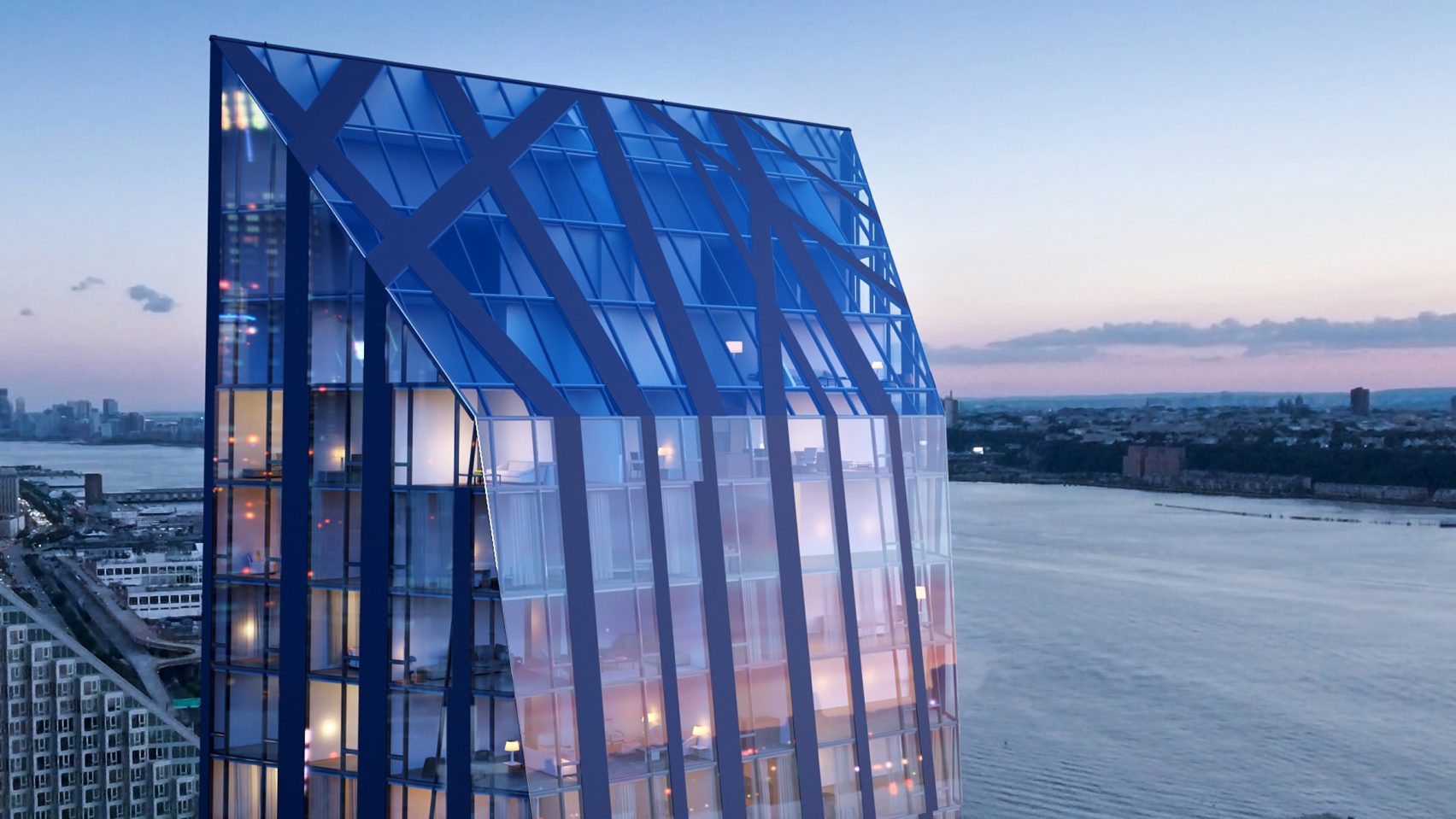 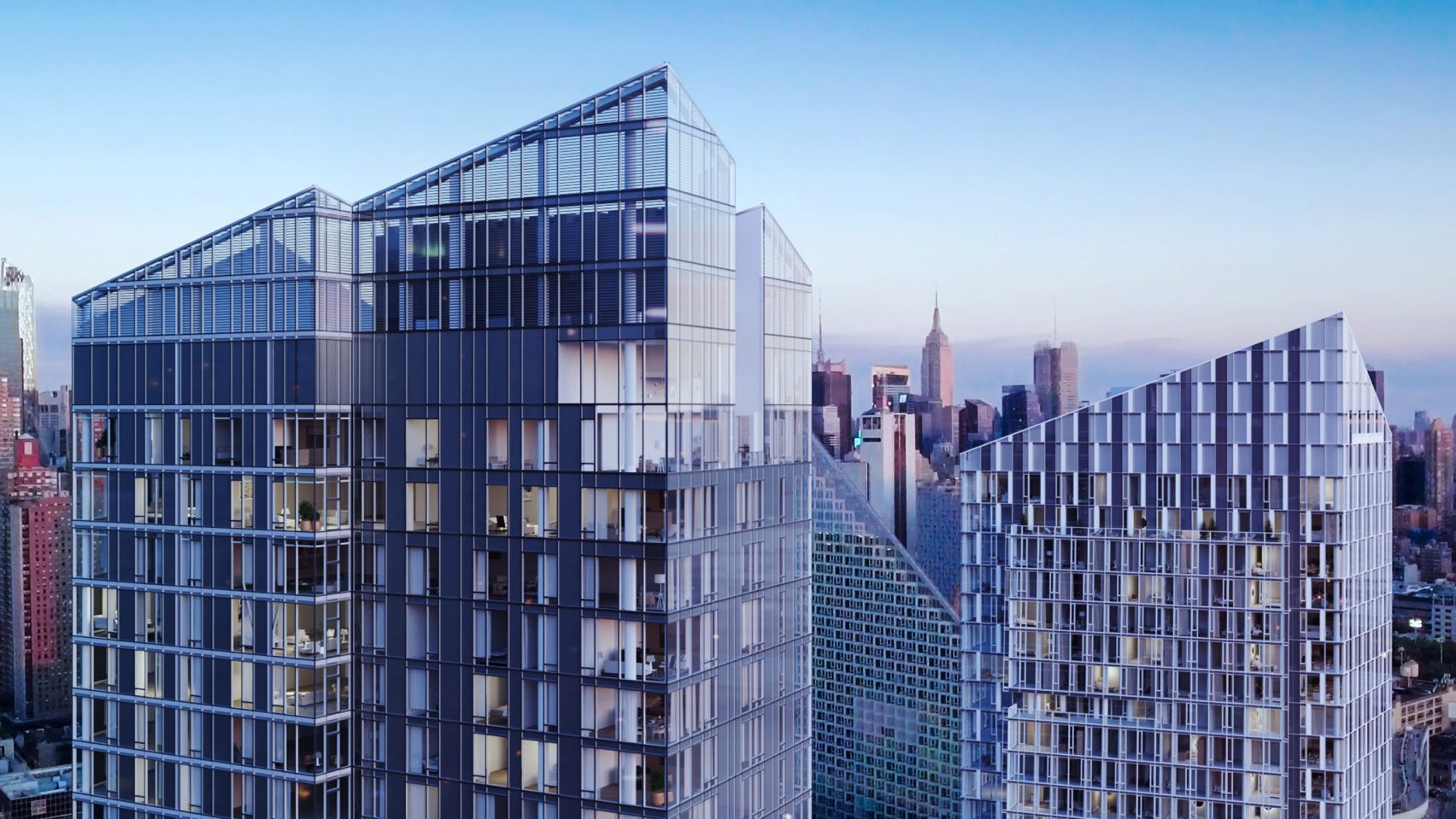 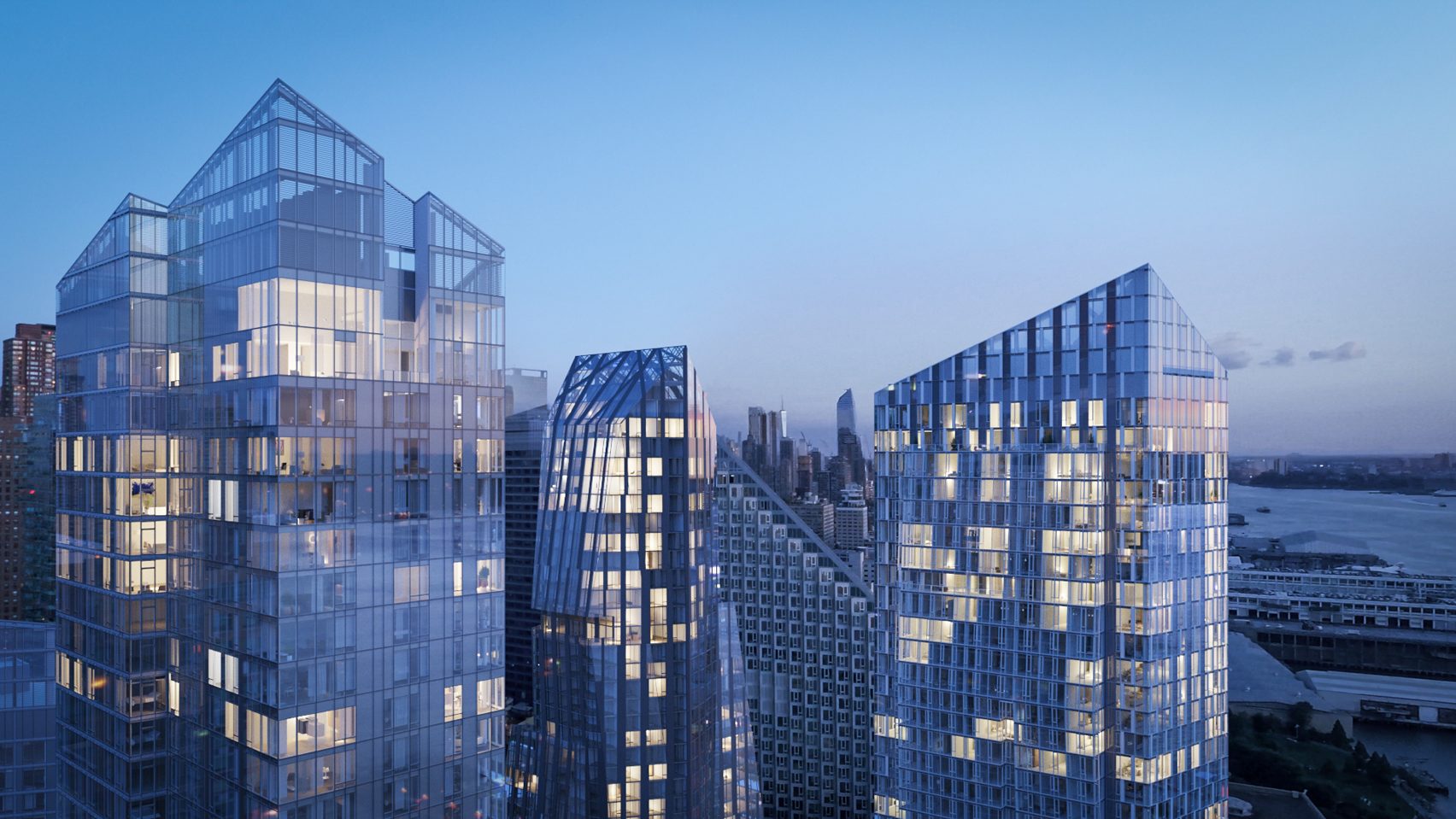 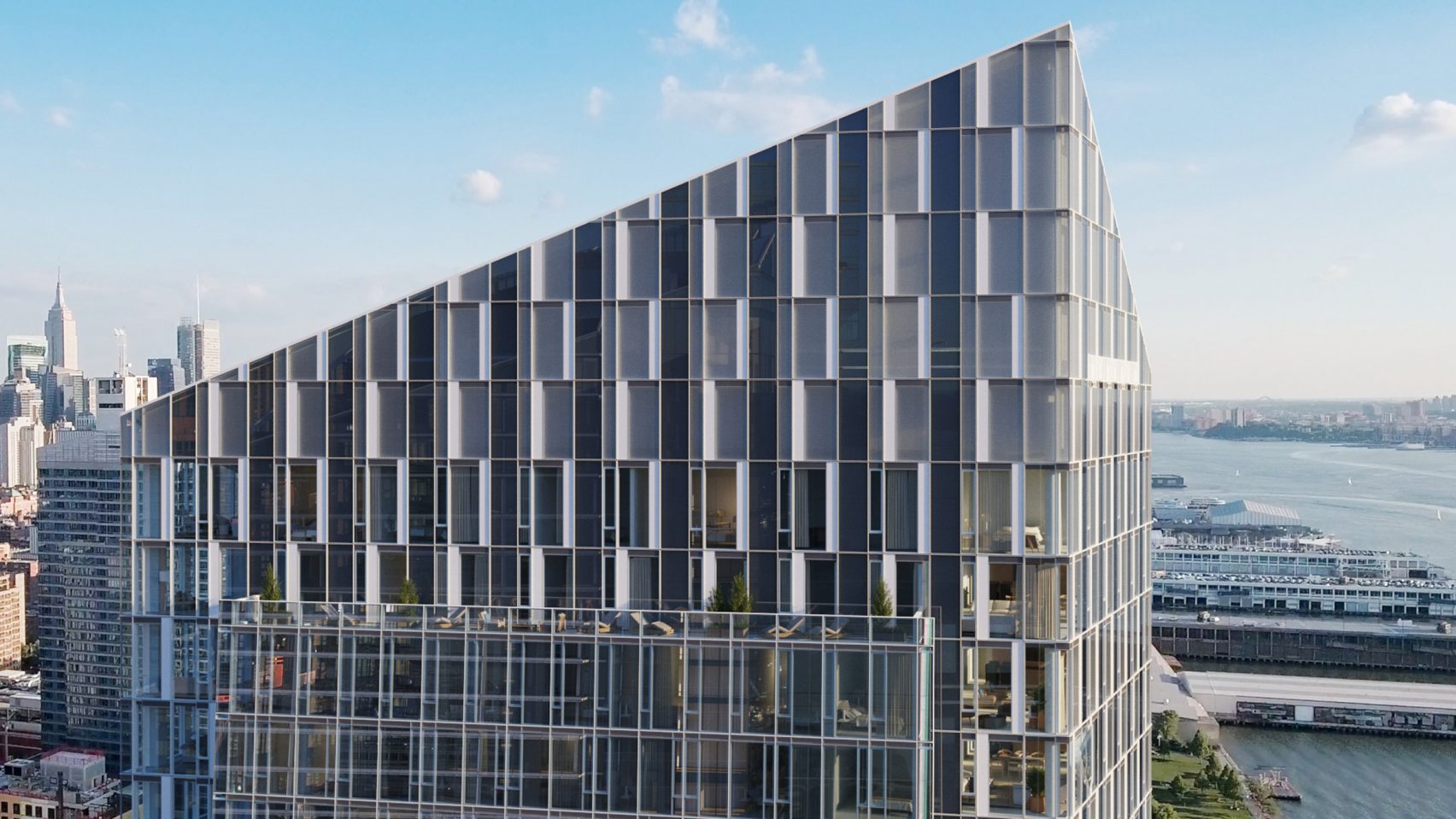 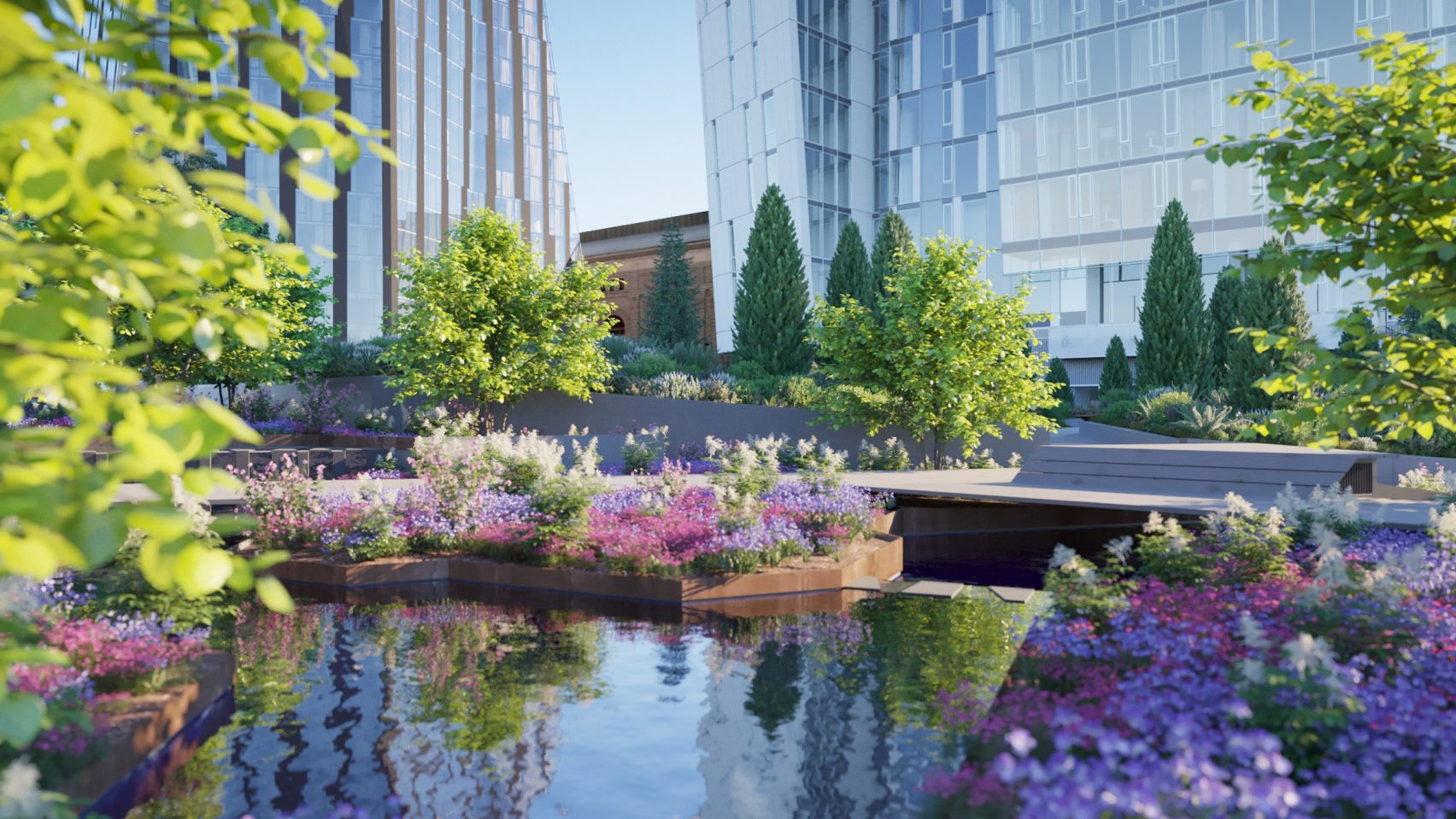 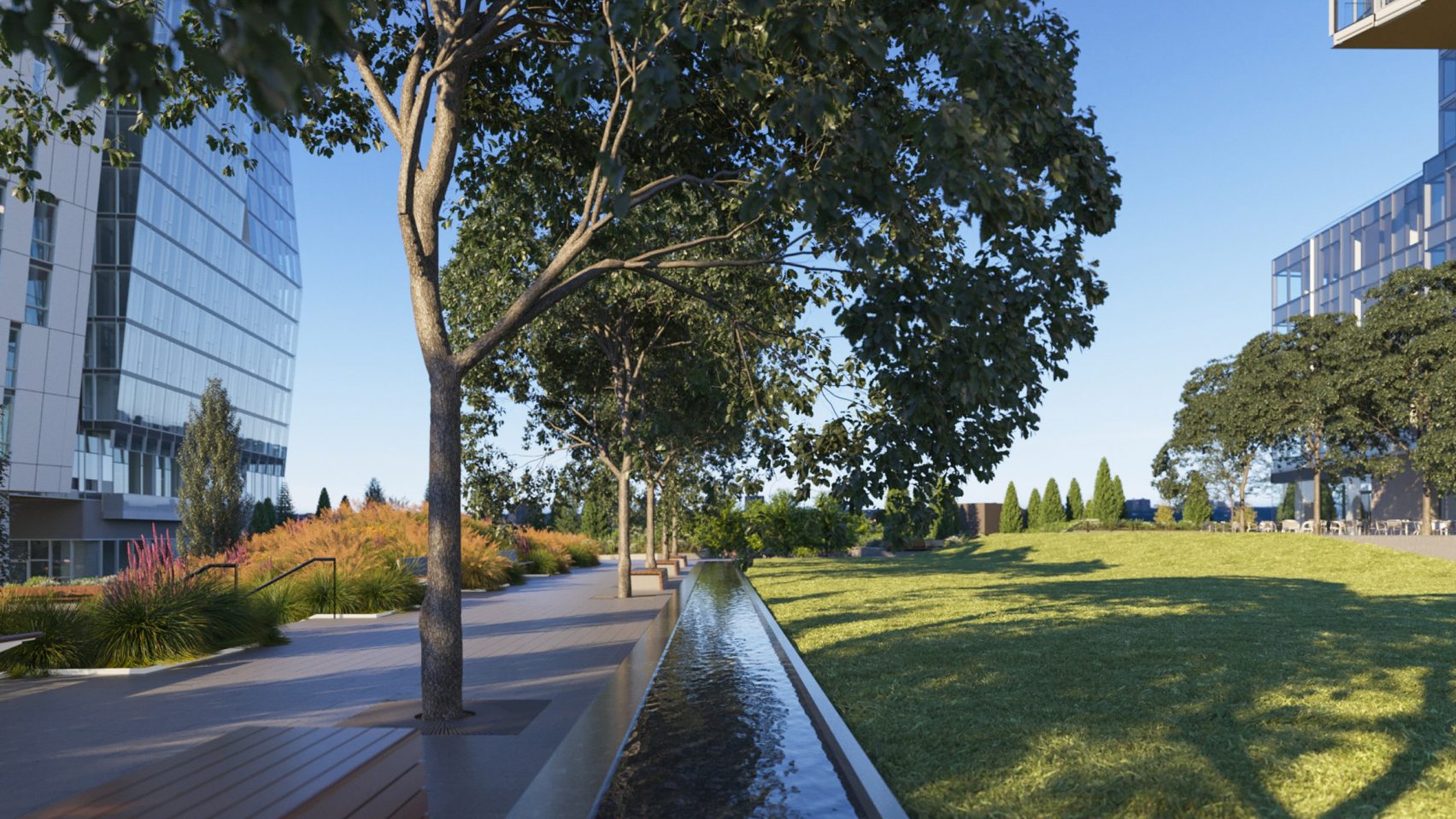 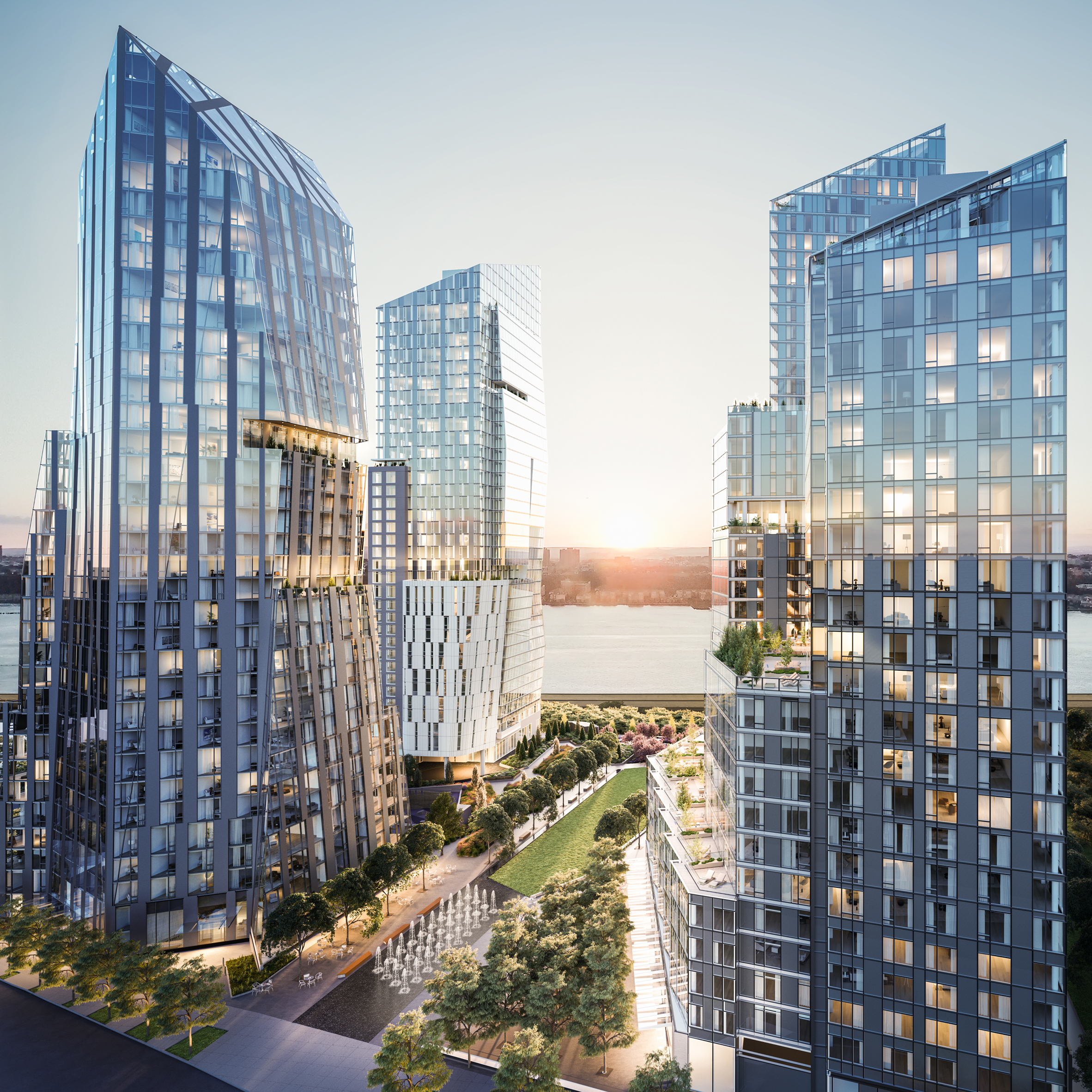 Thanks for the update, NYC.

This will all rise at once. All three towers.

One waterline square’s tower crane has been assembled.

Thx for the update , NYC.

The last and final tower crane has been assembled.

Lots of tower cranes up, and KPF’s eastern tower is already 1 floor above ground.

These towers on the edge of NY are unknown to all but those who live in that immediate area of West Midtown, yet they would be huge news in Atlanta, Dallas, Charlotte, Denver, etc.