At 81, Harry Macklowe appears to have at least one more supertall up his sleeve. He has been actively trying to assemble parcels for his next big unde

The property would be known as “Saint Stevens New York” and rise midblock along East 51st and 52nd streets, between Fifth and Madison Avenues, in Midtown’s Plaza District, according to Macklowe Properties materials obtained by The Real Deal. Over the past two years, Macklowe had been targeting a five-parcel site with the combined addresses of 5-9 East 51st Street and 12-20 East 52nd Street. Together, the properties offer about 280,000 square feet as of right, but the documents show Macklowe intends to build a structure more than triple the size.

The materials provide a loose framework for the project: ceiling heights of at least 15 feet, a grand entrance at least 30 feet high, and a “world-renowned designer.” The site has no height restrictions, allowing for a supertall if a developer so desired.

As part of his quest to acquire the properties and additional air rights, Macklowe has been hunting for an equity partner to back him on the project, sources said.

Macklowe is believed to have quietly begun stitching the assemblage together through acquisitions.
[…]
The assemblage play may not be going entirely according to plan, however. Last year, he considered buying one of the properties next door, 11 East 51st Street, which is not identified in the documents as part of the assemblage. But Soho China, a part owner of the GM Building, acquired the landmarked building from Venezuela’s biggest bank, Mercantil Bank, for $30 million. Sources said Macklowe was among the bidders.

The Schmuck wants to raze beautiful, old buildings. He and So Low should be banned from NY.

At least 1 of the buildings, #11 isn’t going anywhere and who knows what hoops you’d have to jump through to get Venezuela to sell its consulate. The stuff on 52nd can be improved upon though.

Is this the same site?
https://www.crainsnewyork.com/real-estate/macklowes-midtown-tower-would-be-among-citys-tallest

I cant seem to access Crains from my computer

I am cautiously optimistic as this has to go through ULURP. I see the height being a problem, as almost always.

New York!! America!! The glamour of it all!! 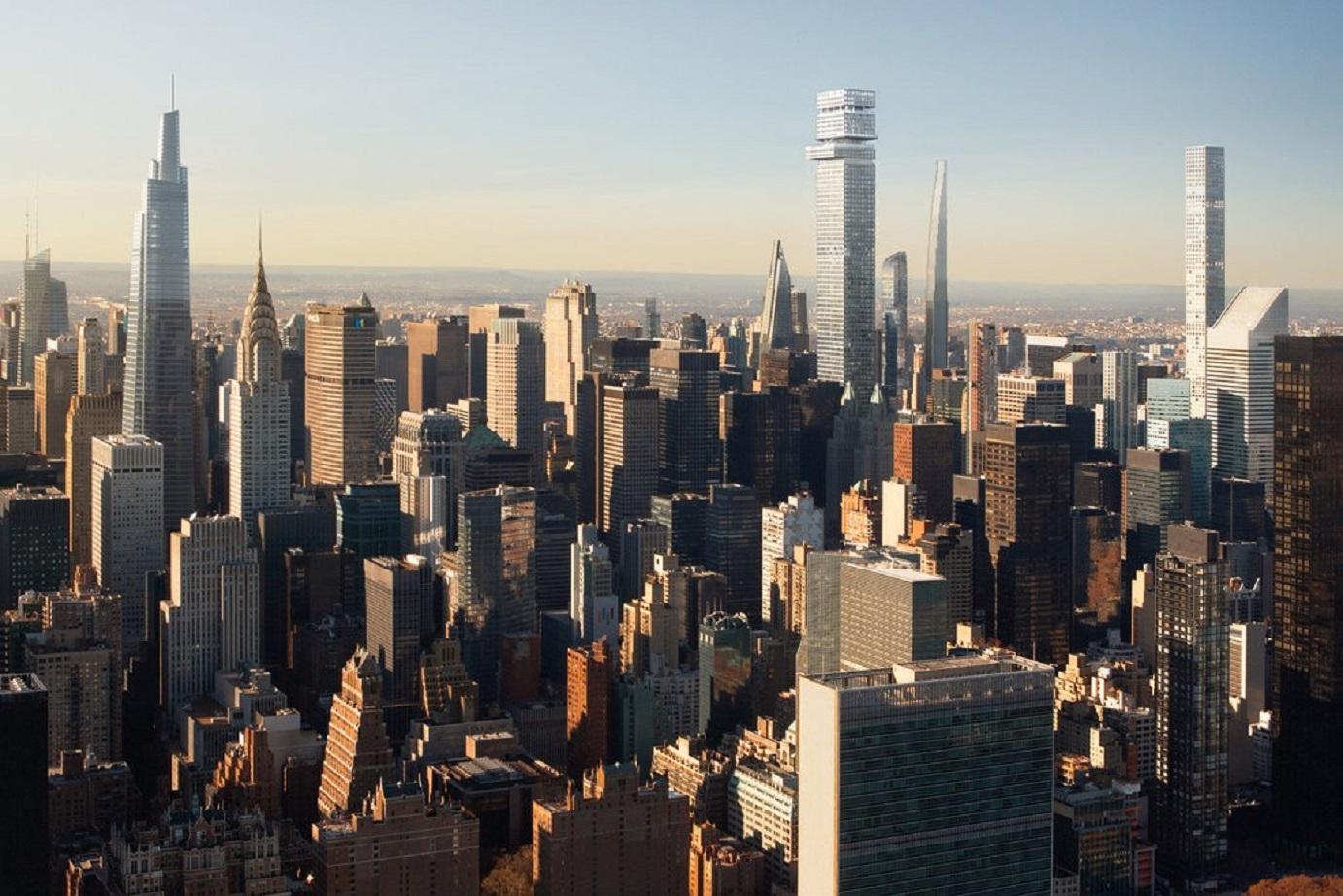 If approved at 1,551 feet tall, his skyscraper, known as Tower Fifth, would rank as the second-tallest building not only in New York, but in the Western Hemisphere.

In the heady world of competitive building, Tower Fifth would hover 216 feet above the roofline of One World Trade Center — which would remain the city’s tallest building because a mast brings its official height to 1,776 feet — and reach a scant 12 inches above Central Park Tower, the skyscraper nearing completion on Billionaires’ Row.

I’m at a loss for words.

Wow what a render. The picture is very sci-fi and future looking. The building vaguely echos 56 Leonard. That entire cluster including 53w53, Steinway, 1VB makes this look ok in context.

Is CPT obstructed from this view or was it purposely left out?

Edit: after reading other comments, I guess it could be both.

Even 220 CPS isn’t showing. Could of been intentional just to highlight the tower given that CPT and 220 CPS would detract from it being nearby in the background from this perspective.

that is friggin hilarious. It has to be intentional. 1551’ and it obscures Central Park Tower in the rendering. Macklowe is savage.

Trolling on a grand level. 12 inches too.

One of those rare case where Barnett should go all out ego, and add the much wished spire on CPT.

Wow, a rectangular box! And here I thought CPT had a boring design. I really hope that render is placeholder for something better.

Such a blatant dick-measuring contest.

Do you guys all like this design? The single dislocated section at the top looks very weird to me. Like a half-assed 56 Leonard.

I’m not a fan of it so far, but I would bet on this rendering only showcasing the scale and Macklowe trolling Gary Barnett.

You will like it over time, Robert! Give it a chance! It’s the Age of Ramses! Bring out the dancing rabbis!

I wonder if this means we’ll see the spire on CPT magically reappear?