another highrise for the E. 125th st corridor.

Permits filed for a 19-story high-rise building at 201 East 125th Street in East Harlem, Manhattan. The sizeable development is just a block away from...

apparently this will be a part of a larger, 1000 unit mega-development which has been in the works for awhile. Plans have been filed for two of the buildings.

Following the cancellation of the much-lambasted “Uptown New York” project in 2006, city officials and area activists have worked

This former site of a MTA bus depot will be home to over 300,000 square feet of retail space, up to 300,000 square feet of creative office space, retail, 30,000 square feet of not-for-profit arts space, a 98,000-square-foot hotel, 24,000 square feet of open public space, and 1,000 units of housing at a variety of incomes. Construction began in May 2010, and details on some of the housing have been released: 201 East 125th Street, a 19-story building designed by S9 Architecture, will bring 404 apartments on top of a community facility and amenities such as on-site parking, bike room, business center, fitness center, and roof deck. 213 East 125th Street, a 14-story building, will have 80 apartments on top of commercial and community space.

I was in Yorkville the other day and was amazed by the change trickling in because of the subway extension. I can’t imagine how much different this chunk of Manhattan will be once that vision is fully realized. Dare I say the disruption was worth it? Maybe. 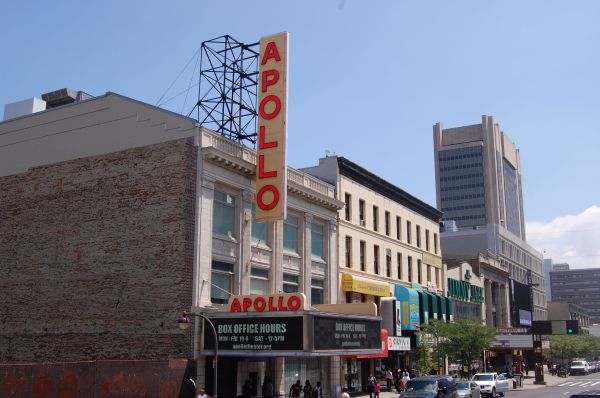 The debt, split into three categories, represents a veritable alphabet soup of public agencies that back housing loans. For starters, there’s a $137.5 million component from the HDC, subdivided into tax-free and taxable sections. Then, $63.5 million of the total—the taxable portion—was funded by Citibank but delivered to Richman by HDC in a participation structure. Another $50 million aspect of the HDC financing was also funded by Citibank provisionally, but with plans for HDC to refinance that part of the debt with future tax-exempt bond funding. The $24 million remainder represents an HDC-funded tax-exempt volume cap allocation. (Volume caps are federal rules that limit the amount of tax-exempt bonds local agencies can issue.)

On a second lien, HDC has provided an additional $15 million, split between $10.9 million and $4.1 million subsections.

A third tranche of debt worth $33 million, also issued in HDC’s name, brings to Richman proceeds funded by HPD, a source close to the transaction explained.

And, at the bottom of the debt stack, HDC signed off on a fourth-lien mortgage worth $3 million.

I’ll move this to u/c, since its pretty much starting given groundbreaking. 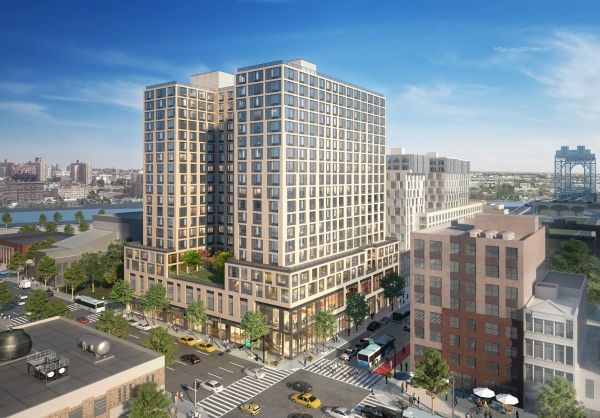 Local grocery chain Food Bazaar is planning to open a store in at 201 East 125th Street in East Harlem. 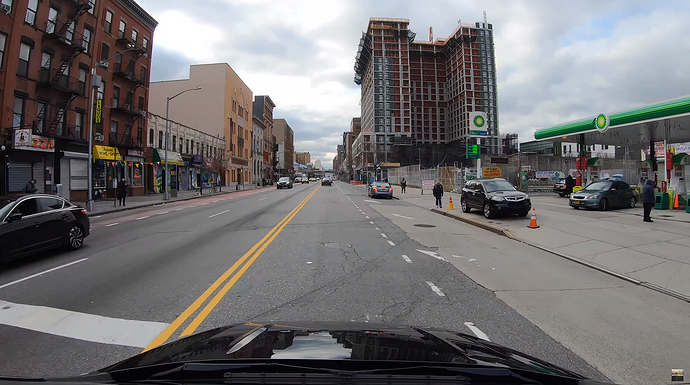 I have come to a classification methodology when evaluating the aesthetic/artistic merits of any given work of Architecture: the tried an true - good, better, best.

Any generic - building standard - structure rates a ‘good enough’ rating in my opinion as we are not dealing in the realm of the ‘fine arts’ such as painting, sculpture, ect. The zoning, financial and time constraints on the creation of an Architectural design is what mostly determines the final results; so any Architectural design that achieves the ‘best’ rating for design excellence is quite rare.

That is why I would say this architectural design here at One East Harlem rates ‘better’ on the good/better/best scale. Most ‘critics’ probably would not agree: but I think this is a ‘nice looking’ building. 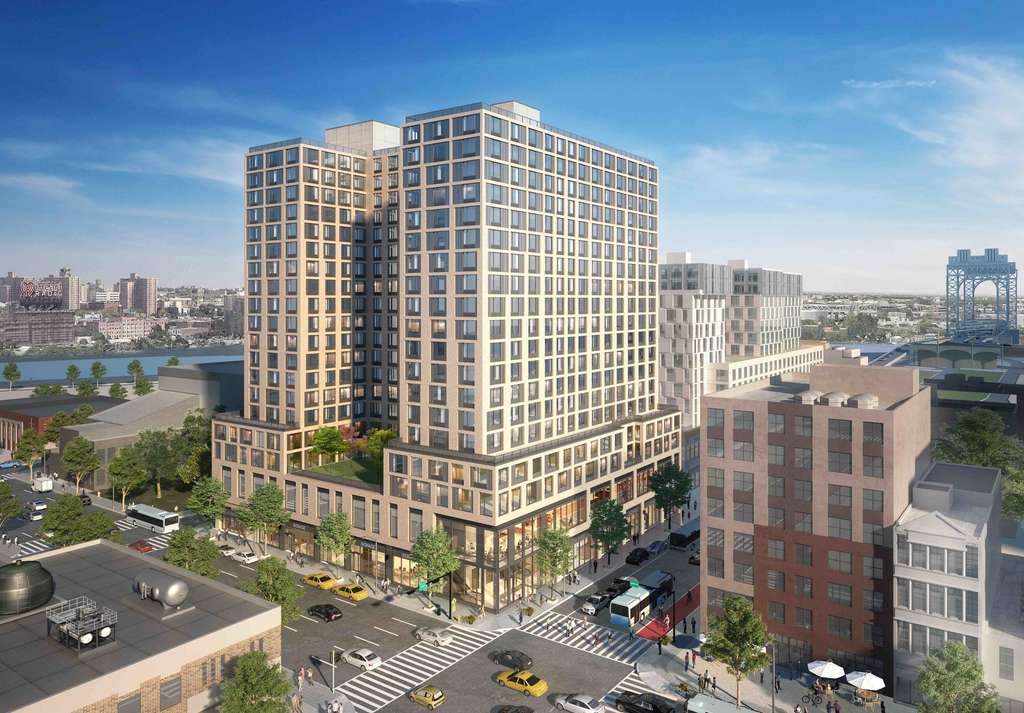 I like your rating scale. I’m respectfully giving this a rating of “good” myself. But I’ll be using that system moving forward to rate designs.

I see some artistry in the form/massing, nice proportions, set-back, and mostly - the use of a masonry facade. The lowest rating of ‘good’ would go to the design of the little brown/beige box across the street with the umbrellas in front.

The good/better/best rating system is expedient, in that one can offer a quick definitive evaluation without without being too critical. I find I can immediately put any building into one of those three categories without giving the matter much thought or critical evaluation. Glad you like the rating system - but it seems you take a pretty hard line when it comes to grading.

Haha I see your point. I guess I was using a curved grading system. If we’re including buildings like the beige box across the street, then I agree they don’t belong in the same category. 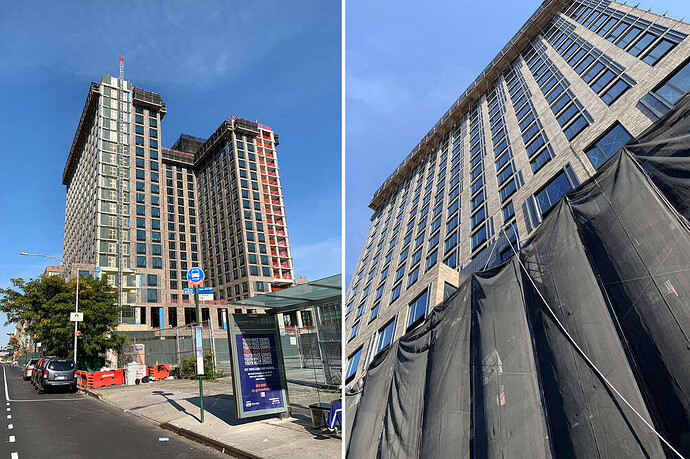 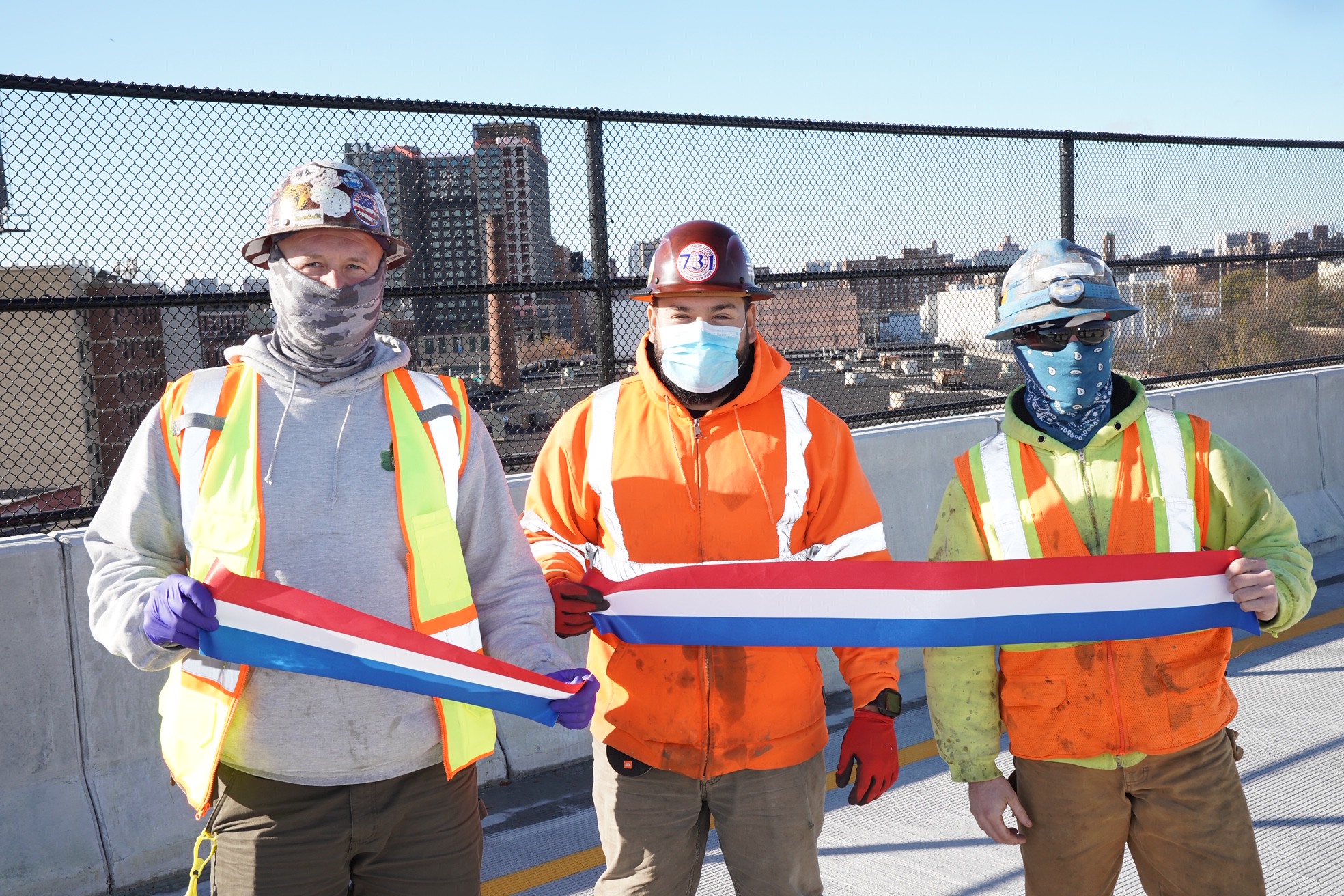 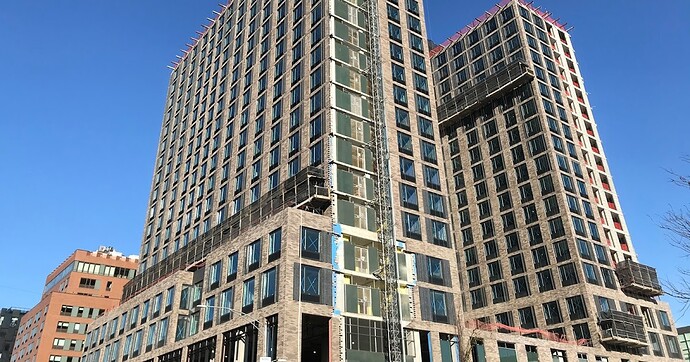 Harlem Bespoke : The foundation only finished up in the summer of 2019 but 201 East 125th Street by 2nd Avenue looks almost complete on the ...

This will also be an interesting development. Following. 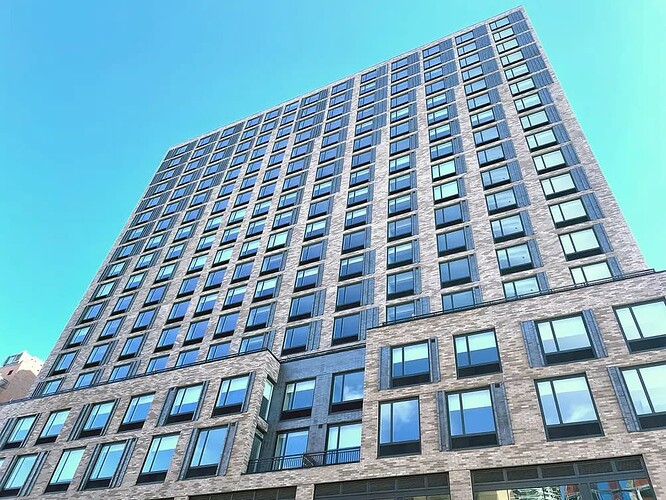 Almost exactly three years since breaking ground in April 2019, One East Harlem is nearing completion and has launched leasing. The new building

Infoshare—Using you system I only give this a good. The architect, in my book, tried, but didn’t quite make it. The vertical ornamental elements came out kludgy. The different widths don’t work on the otherwise featureless facade. It seemed to me unbalanced. Maybe it would have worked if the wider elements were on the bottom and the narrower ones high up. The color is also off. I give it a K for close.

The supermarket in this building has opened. 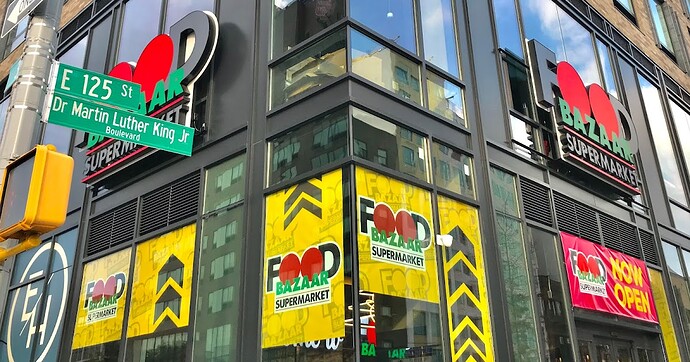 Harlem Bespoke: The loss of the East Harlem Pathmark was a big blow to 125th Street by Lexington Avenue but something ...