Wow! Looks like the foundation for the legs of the wheel. Does anyone know what the construction process is gonna be? There are 4 legs so I don’t quite know how the wheel is gonna be placed on it. For the london eye it was easier since there were only 2 legs. The wheel was lifted up completed onto the legs. But I don’t know with this one. In any case its exciting!!!

First week of September: Four 110-ton pedestals, being created in Montreal, Canada, will be delivered to the Wheel site. They will serve as the base for the legs of the Wheel, said Marin. “They (the pedestals) will be delivered via the temporary jetty that we had a local company build for us,” said Marin.
During the month of September: A special crane will be used to lift the pedestals off a water vessel on which they arrive, he said. “This crane will put them into place very carefully, and put them on top of all the embed screws that can be seen sticking up out of the foundation,” said Marin.
Between Oct. 17 and Nov. 1: The lifting of the legs comes next. “This will be the first major Wheel lift that occurs. These are the four legs that rise up to 330 feet,” said Marin.
End of 2016: The Wheel has an “A” frame. “These are large steel structures that will be transported from Holland, and the two ‘A’ frames get put on top; I think of them like caps,” said Marin. “Those caps form the end of the hub and spindle, or axle.”
December 2016: An additional 130 parking spaces will be available when construction of the parking garage is complete in December, Marin said.
January 2017 : Arrival of the hub and spindle assembly, which is 1,500 tons, will occur in early 2017, said Marin. “It will be lifted into place with the bearing set in it. The bearing comes from Germany and the spindle comes from Holland. Every element of this Wheel was custom designed and engineered.”
During 2017: Next, red temporary spokes will be assembled, “and you’ll hang on the bottom of them a piece of rim steel that will be assembled at the Brooklyn Marine Terminal,” said Marin.“Everything that people will see on the Wheel that is white is a permanent part of the steel going up, but everything that is red or high-visibility yellow is temporary.”

Well…they’re behind schedule for now lol The first pieces of the 630-feet wheel are now nearing completion.

Not too much progress.
Earthcam

Closer look. I think the base along with the Empire Outlets portion will take the longest, but the actual wheel itself shouldn’t take too long to rise.

What in the name of sweet baby jesus on a freight bicycle is that?

Just visions/concepts from a design competition Superstructure is rising at Empire Outlets, a 350,000 square foot outlet shopping complex next to the St. George Ferry Terminal on the Staten Island waterfront. Design of the development is led by SHoP Architects and will include approximately 100...

Empire Outlets was slated to open for Black Friday, but may now be delayed.

Includes a video with a construction update via a drone

Ideas include creating public spaces that celebrate local culture and diversity along the waterfront. 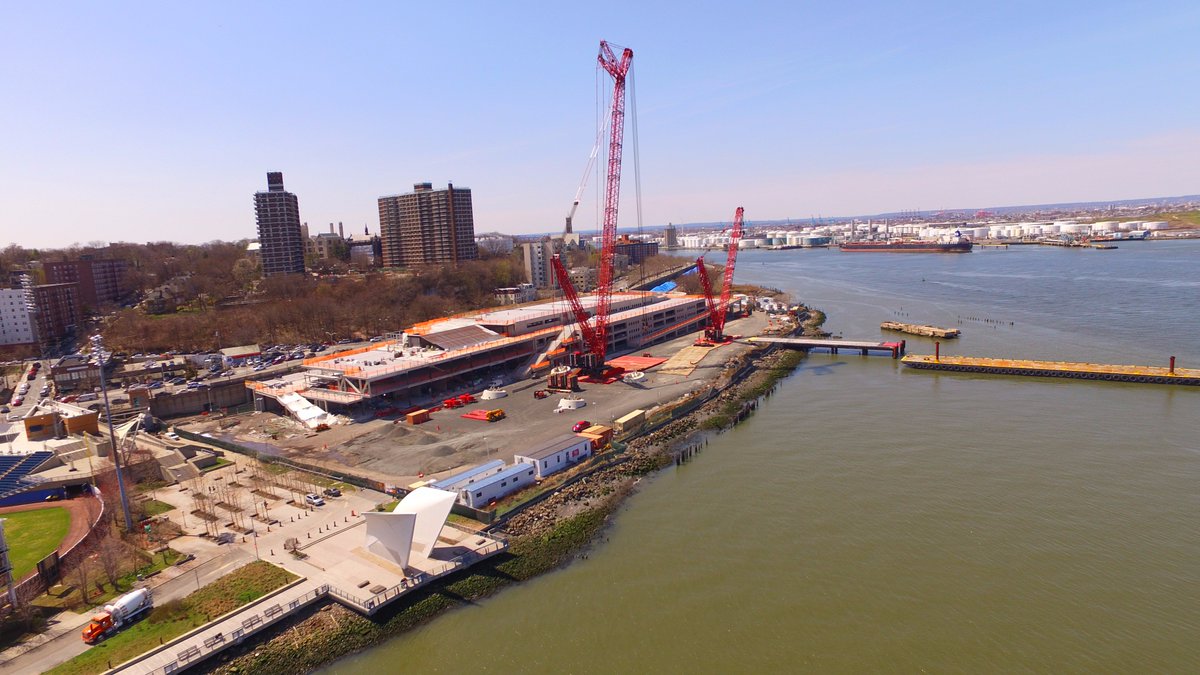 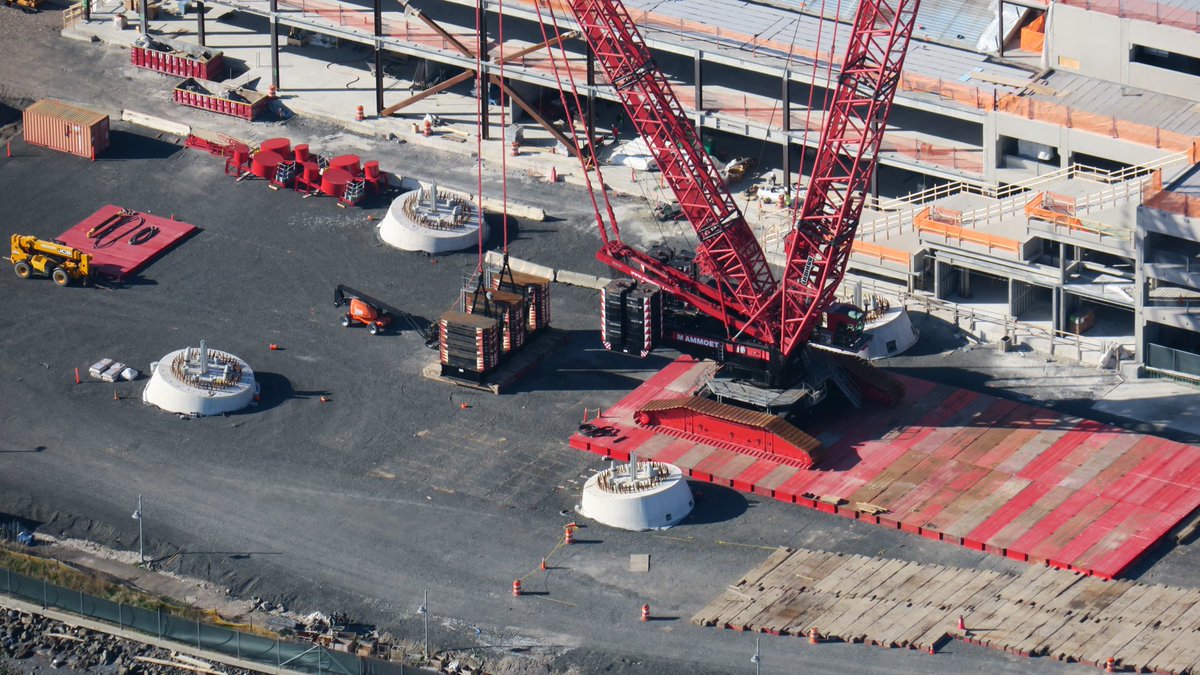 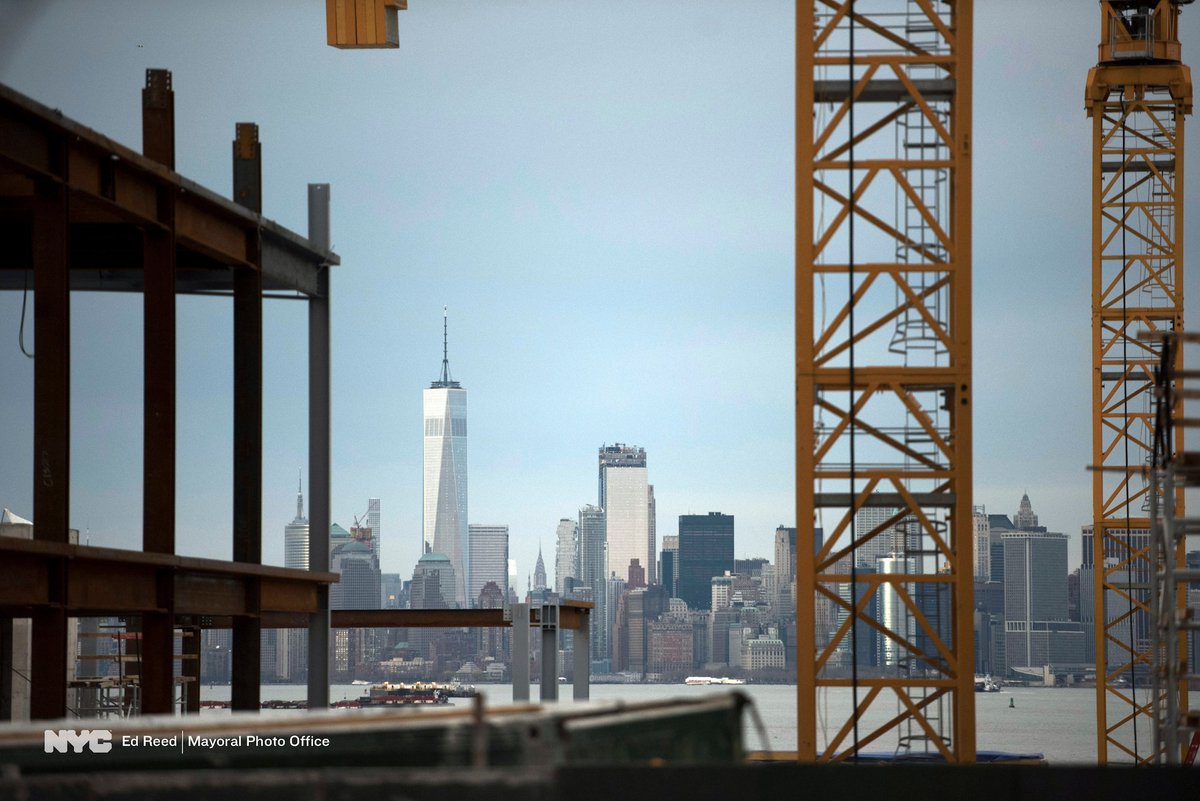 According to the timeline up on Silive, the wheel is horribly behind schedule.

Want to know how the New York Wheel will be built? - silive.com

Here's a timeline and step-by-step guide for the New York Wheel construction.


"During 2017: Next, red temporary spokes will be assembled, “and you’ll hang on the bottom of them a piece of rim steel that will be assembled at the Brooklyn Marine Terminal,” said Marin.“Everything that people will see on the Wheel that is white is a permanent part of the steel going up, but everything that is red or high-visibility yellow is temporary.”
1 Like
Waymond_Womano April 28, 2017, 2:51pm #39

that’s not surprising. It took four years to build the adjacent parking garage.