A recent Crain’s article about the trend of “boutique office properties” offers one particularly interesting tidbit for the architecture-obsessed: the first rendering of Rafael Viñoly’s latest NYC commission, an office building at 61 Ninth Avenue.

Viñoly’s building will replace the nearly century-old Prince Lumber, a holdover from the Meatpacking District and Chelsea’s industrial days. The new structure will stand nine stories, with 115,000 square feet of office space and 37,000 square feet devoted to retail. Though it’s shorter and squatter than the Uruguayan architect’s best-known NYC project, 432 Park Avenue, it has some of the same boxiness that defines that supertall building. (But is this one inspired by a trash can, or some other quirky quotidian object?)

Construction is set to start by the middle of this year, with an anticipated completion date of 2018—and the whole thing will cost $100 million. But according to Crain’s, rents in the building will likely start at $150 per square foot, which is double the average for Class A spaces in Midtown, so the developers shouldn’t be in the red for long.

Largest Starbucks In the World Coming to NYC In 2018

The rendering there seems to have changed quite a bit! I prefer the one posted here

The rendering in the articke was the original design by KPF. The cubes are the latest design by Vinoly. I’m happy to see that lumber yard finally go!

Thanks for clearing that up!

Vinoly is very hit or miss, however this is a definite hit!

This building looks great! It will be a superb addition to a stunning area. I most look forward to Gang’s Solar Curve and BIG’s torqued towers though.

image.jpg749×499 87.8 KB
Moreover, The world’s largest Stabucks should be a nice amenity to this building! 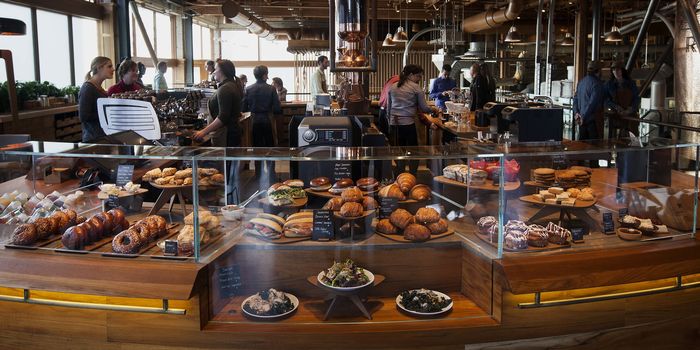 Starbucks to Open Its Largest Store in the World in Manhattan

Starbucks aims to go bigger and bolder in New York City, planning to make southwest Chelsea the home of its largest store in the world.

Here are two really high res renderings of the project.

There was a lot of activity on site today. The Prince Lumber building is basically gone!!!

This looks beautiful! I guess Vinoly’s forte is lowrise design. This reminds me of a lowrise 56 Leonard.

Here’s a beautiful project next door! The new building next to this on 15th St is beautiful too!

This has two threads?

Maybe Chris can combine them.