Construction is making major headway at 5 Franklin Place which has nearly topped-out; as of January, the Tribeca building was just a stump. ODA is the project’s architect, and El Ad Group is developing.

5 Franklin Place will have 53 units, and sales have already been impressive; Curbed recently reported that only one residence remains, priced at $7.45 million. Per DOB permits — which indicate the structure is officially classified as a conversion and vertical enlargement — the building will stand 20 stories and 210 feet tall.

While the facade remains missing in action, renderings are promising. The portion of the structure that’s already been built adds to Broadway’s street-wall, and though the building’s mark on the skyline will be minimal, it will be attractive, and its contemporary appearance will contrast positively against its historic surrounds.

ODA is designing several projects in the vicinity, including 15 Renwick Street, but 5 Franklin’s most notable neighbor is Shigeru Ban’s Cast Iron House, where work is also underway. The Franklin Street corridor continues to emerge as a local hotspot, and pricing at both sites is astronomical.

Completion of 5 Franklin Place has been pushed back slightly, and new on-site signage indicates the building will be finished in February of 2015.

Broadway’s journey through the southern part of Tribeca has never been all that distinguished, marked by the hulking Federal Plaza at the bottom and PTAC-strewn rentals above. But the El Ad Group is about to change that, with a high-end condo building designed by ODA Architecture.

The architectural practice, led by Eran Chen, is making a name for itself with its sleek, boxy buildings, and 5 Franklin Place hews to that same aesthetic.

The structure is topped out, and while the base is still covered in construction netting, some windows have been installed towards the top, though the spandrel around them has not yet been put in place.

The building will cantilever slightly over its neighbor to the north, and towards the top the boxes will become more irregular, creating a number of setbacks for outdoor space.

The property will contain 53 condo units spread over 20 stories. They appear to be mostly spoken for: according to StreetEasy, 13 of the 14 units that have hit the market are in contract, with the remaining 750-square foot one-bedroom asking $1.45 million. The priciest unit was a four-bedroom duplex penthouse, asking $8.5 million.

The condo tower is being marketed under the name of the alleyway parallel to Broadway, to the west, perhaps seeking to avoid lower Broadway’s less-than-stellar reputation. But with units at 5 Franklin Place asking in the $2,000s per square foot and Shigeru Ban’s Cast Iron House being rebuilt from within just to the south, lower Broadway’s reputation should improve markedly in the near future. 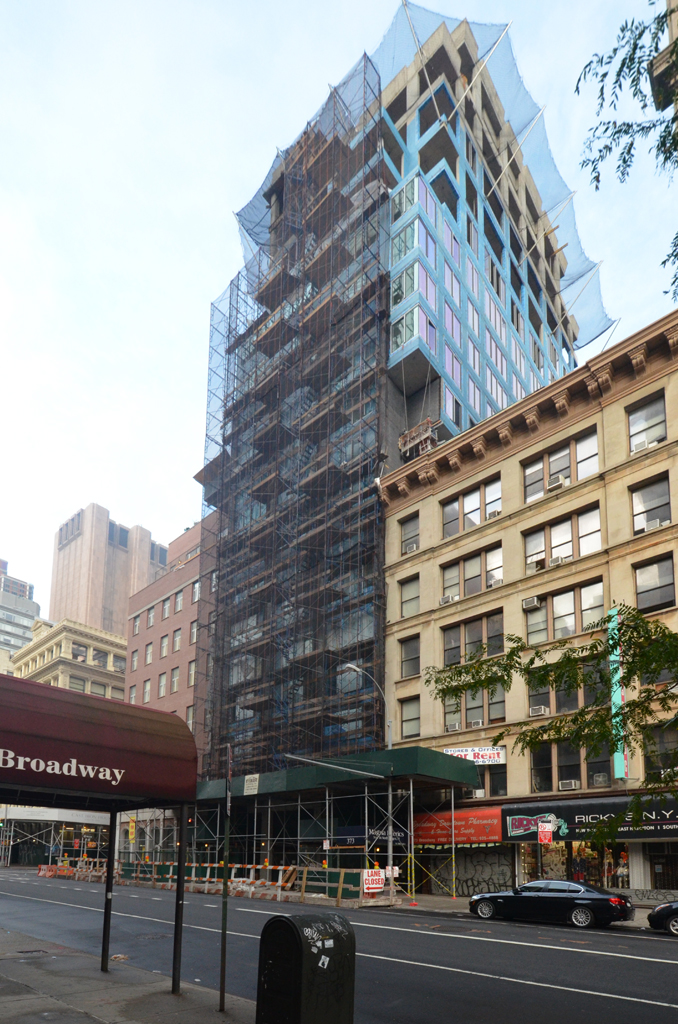 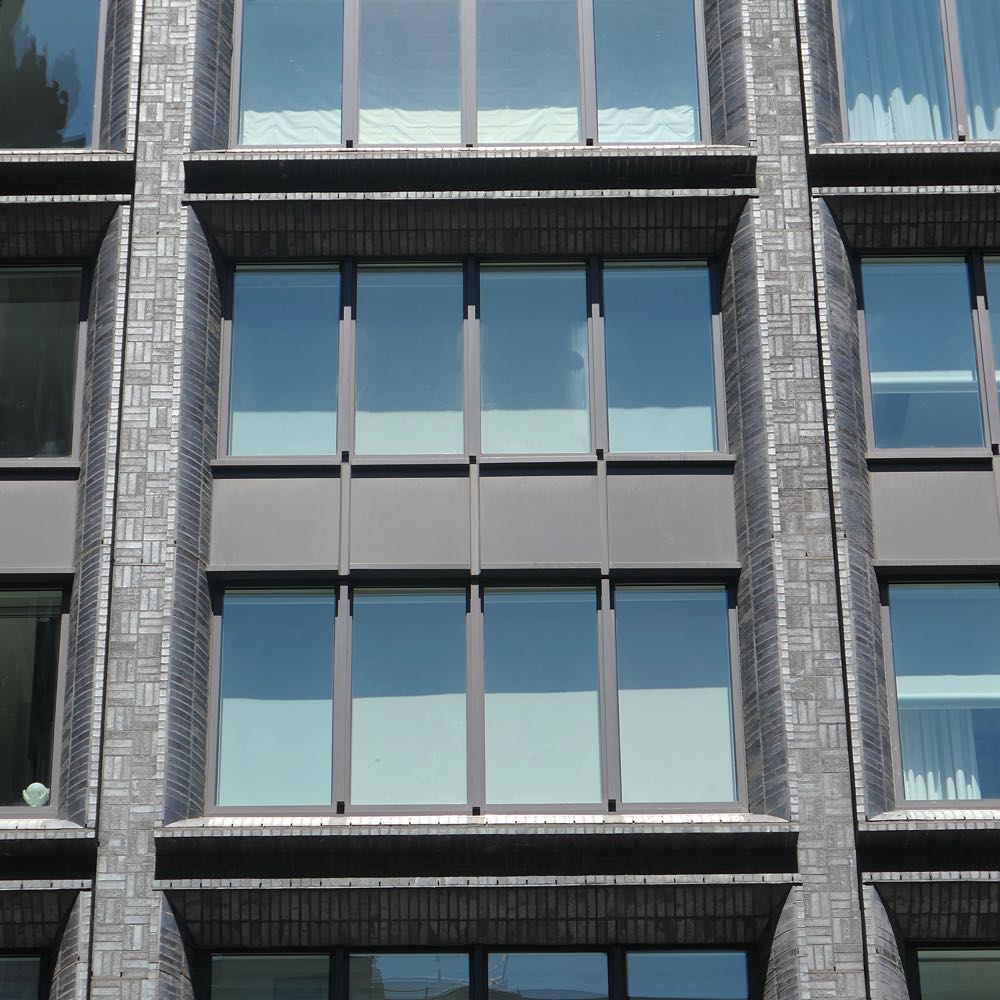 Is the new condominium with the entrance on Franklin Place better than what preceded it? Does it resemble the renderings at all? Does it add to the neighborhood or detract from it?

The final sidewalk shed is gone ( not sure when it came down). Looks like they still arent finished with the Broadway entrance. But it is otherwise complete. Looks pretty good.