For decades, East Tremont in the Bronx was one of the poorest neighborhoods in America, losing building stock at a rapid clip. First the devastation came at the hands of Robert Moses’s Cross-Bronx Expressway, and later to abandonment and disinvestment. By one estimate, the neighborhood lost more than 40 percent of its housing stock during the 1970s.

But as with the rest of the Bronx, East Tremont has rebounded mightily, and rebuilding is well underway, thanks mainly to subsidized affordable housing programs. The latest new construction planned for the neighborhood is 4261 Park Avenue, a 171-unit apartment building for which permits were filed yesterday.

Common Ground, an affordable housing developer, has again teamed up with Cook+Fox Architects for the project, reprising their collaboration on a project in Brownsville – a Brooklyn neighborhood that, like East Tremont, declined precipitously in the ’60s and ’70s but is now experiencing an affordable housing renaissance. That building, called the Hegeman, is more attractive than the vast majority of even market-rate rental buildings in New York City. Cook+Fox even concealed the air conditioning units somewhat with recessed windows, and their efforts won the building an award of merit from the American Institute of Architects’s New York chapter.

The East Tremont site is currently home to a Western Beef supermarket. It’s unclear if the affordable housing development would be built next to it, on land currently used for parking, or if it would supplant it; no demolition permits have been filed for the lot.

The building would span nearly 85,000 square feet, of which approximately 75,000 will be used for housing, with another 10,000 square feet on the first floor split between offices and a community facility. Assuming no radical revision in the number of units, each apartment will be on average just 437 square feet.

Common Ground’s core constituency is the formerly homeless, and the very small units – not much larger than the 400-square foot legal minimum – suggest that single adults, not families, are the target tenants. This project is also a reminder that legalizing micro-apartments would help not only profit-seeking developers, but also non-profits trying to house as many people as possible on limited budgets.

No completion date for 4261 Park Avenue has been announced, but construction appears to be imminent.

Another more dense and bulky residential building will rise where the warehouse currently sits-- the 8-story building is filed for that vacant lot to the south (of the warehouse). More on this tomorrow.

4261 Park Avenue: Webster Avenue HDFC has filed applications to construct a 12-story and 248-unit residential building of an enormous 211,520 square feet at 4261 Park Avenue, in East Tremont. Last week, YIMBY reported on the eight-story building planned for 411 East 178th Street, situated on the south end of the site. The 12-story building will stand at 4275 Park, where a one-story warehouse currently sits; COOKFOX is designing.

Here are some photos from the Breaking Ground website.

This is expected to open later this year. 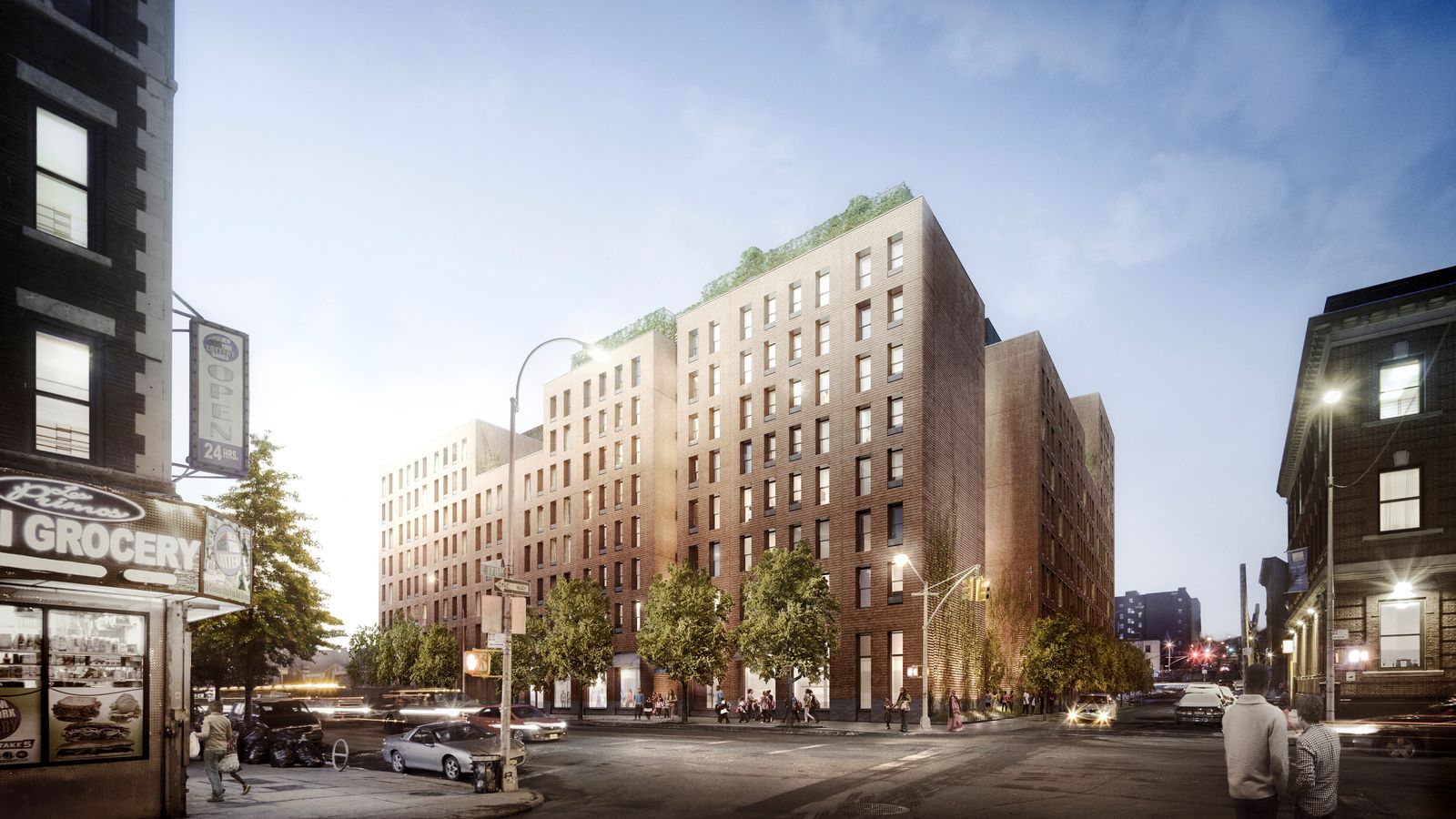 The 12-story building, Park House, has a total of 227 apartments.

Yikes, love Cook Fox 's work but this looks like a prison. 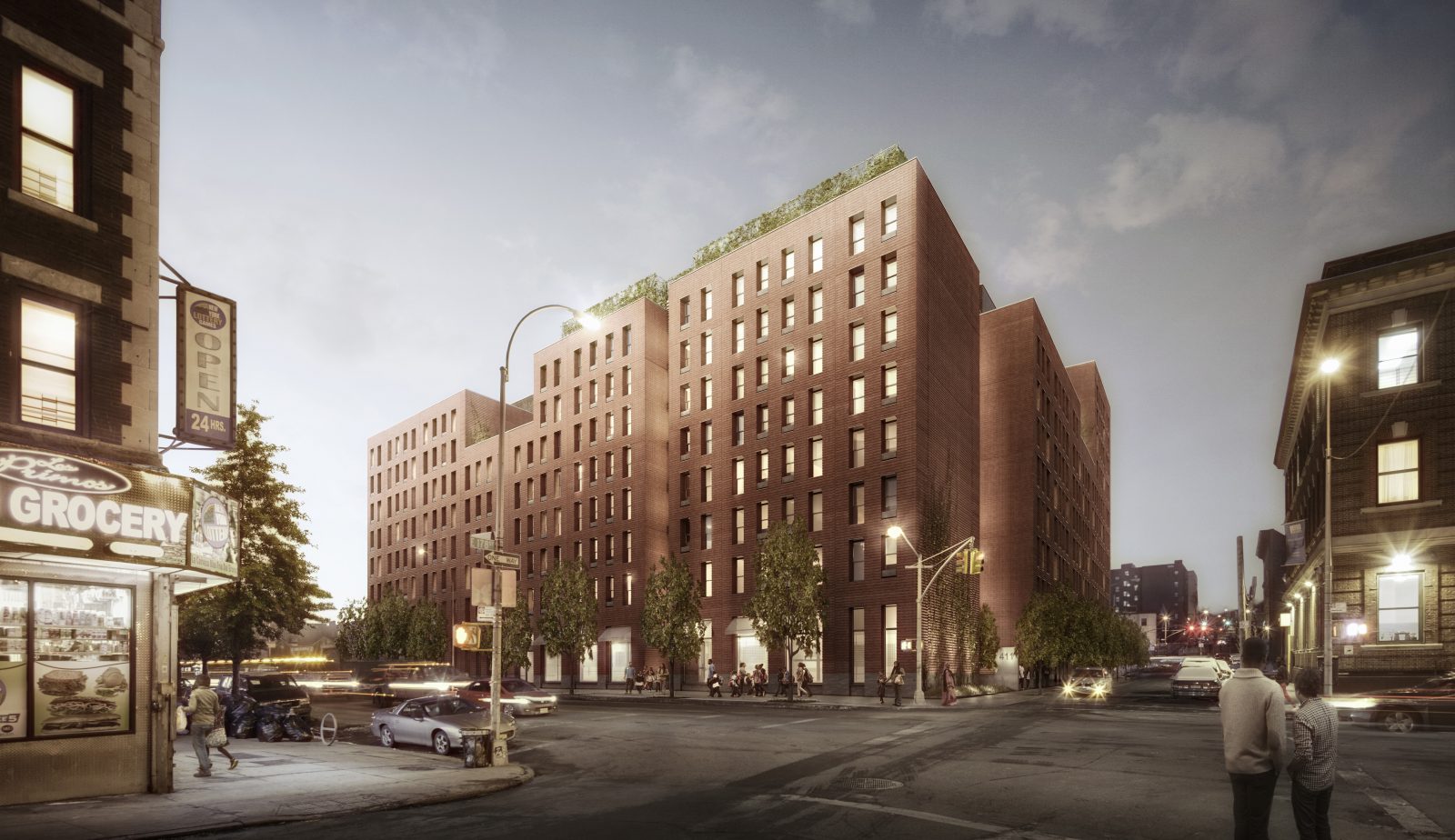 YIMBY has the latest update on a 248-unit all-affordable rental residential development at 4275 Park Avenue, Park House, in The Bronx's Tremont neighborhood

this one looks really awesome