Anyone know what is going on at 41-18 24th Street in LIC. A lot of activity there the last two weeks.

A 12-story, 87-unit residential project is planned for there. It’s approved, and demolition of the former warehouse completed a while ago. Is it under construction? 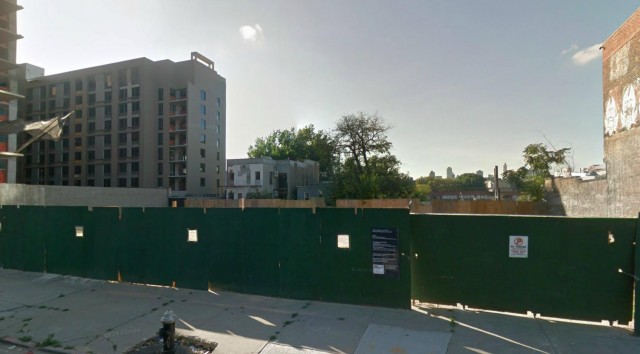 Thanks all – YIMBY has an update on this that should break very soon! A high-res rendering will also be published.

YIMBY has the first look at yet another tower set to rise in Long Island City, and this time it’s a 13-story rental building planned for 41-18 24th Street, between 41st Avenue and the Queensboro Bridge approach.

Developed by Lions Group NYC, the building will reach 120 feet into the air and have 87 apartments. With 66,256 square feet of residential space, the average apartment will measure about 761 square feet, a typical size for rentals.

Apartments will begin on the second floor, with 7 units, followed by nine units a piece on floors three through 10, and four units each on the 11th and 12th floors. On the ground floor, there will be a 21-space parking garage, 45 bike storage spaces, a screening room, billiards room, children’s play room and a gym.

Tom Mui of My Architect, headquartered in Flushing, is designing the project.

Ramin Shirian, Vice President at Lions Group, told us that they broke ground two weeks ago and expect to finish construction by the end of 2016 or the beginning of 2017. Pricing isn’t available yet, but Modern Spaces will handle the leasing.

The developer picked up the 14,175-square-foot plot, which used to be a low-slung factory, for $2,575,000 in 2012. The location is quite convenient, since it’s only a block or two from all the trains at Queensboro Plaza and four blocks from the Queensbridge F stop.

I took this from 23rd st through the block yesterday. Looks like it may be topped out? Didnt get a chance to see it from the front this time. Next time ill try to get it.

Here is the rendering from the newyorkyimby article above.

Thw one directly to the right of the beige building.